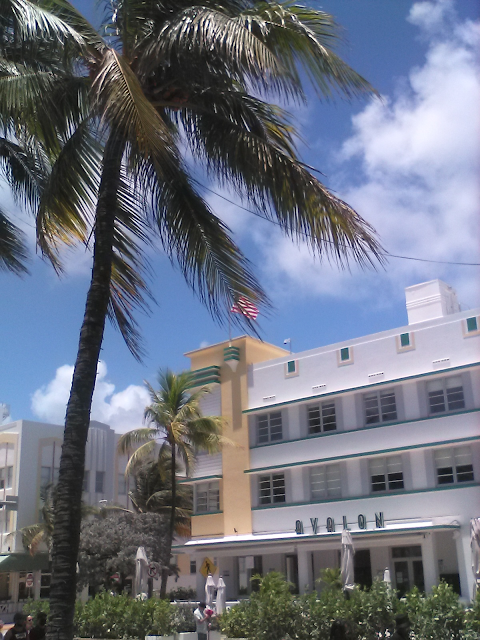 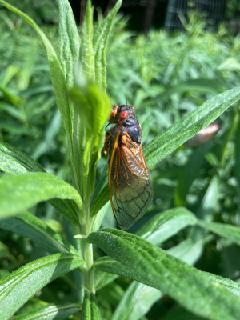 Fast forward 17 years -- and one "Great Eastern" Brood X cicada cycle later -- I am still only friends with two of the people from that long-ago trip, Aaron and Kevin. In the case of another once very good friend, Phil, that ended pure diastrously once he was married and he has long since been out of my life. As for the three or four others on that trip, I don't even remember.
******* 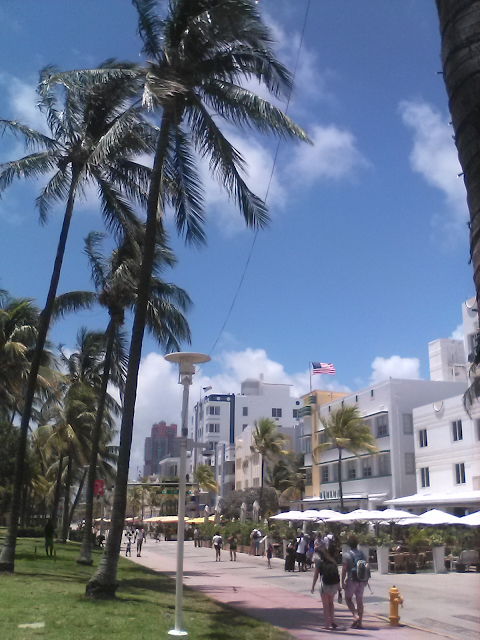 Apologies for lack of entries.
Gary visited this weekend, and I was not able to devote any time to composing entries. He is actually here until tomorrow, and so I will probably take off part of today, as well. However, this is again is going to be a very busy week for me workwise, which means blogging will again be very limited. 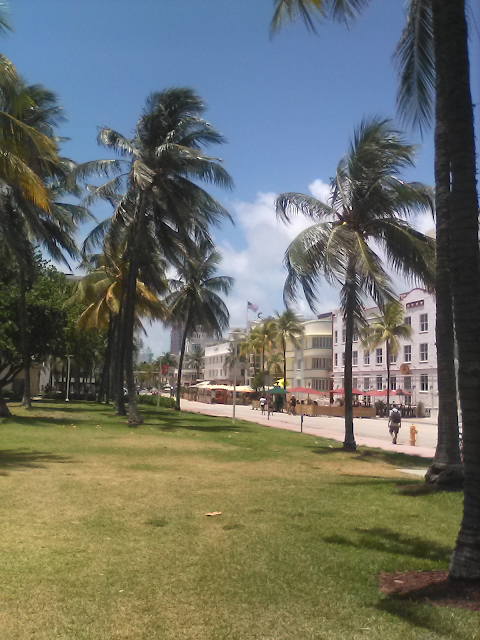 Above: This was about the most empty I've seen Ocean Drive on a Sunday in my 2-1/2 months living here. It was mobbed by mid-to-late afternoon, though, with the usual mindless hip-hop-themed Carnival atmosphere replete with sensory overload, endless performative domination rituals, clouds of pot smoke, and the occasional demon-child wildly recklessly wheelie-popped-riding through the crowds.
*******
What's more, and as I have mentioned repeatedly on this blog, the entries just take too damn long to compose. 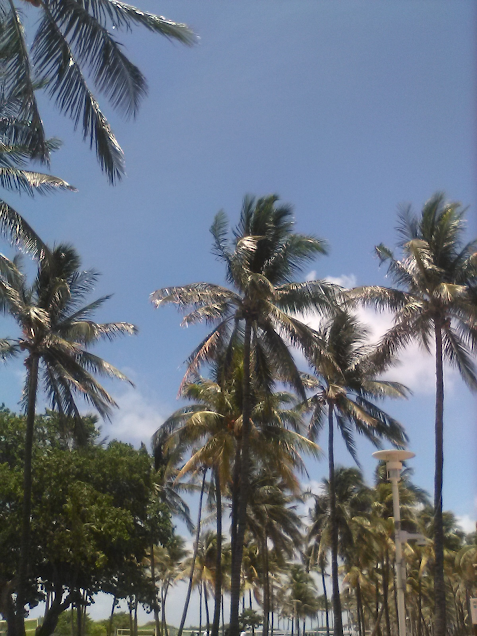 The visit was meh and far too expensive in terms of money spent on the usual matters (drinking and, to a much lesser extent, eating). Visits with Gary always leave me feeling worse because of the extent to which I am binned away in some isolated cell from his sprawling expanse of friends, acquaintances, and relations. 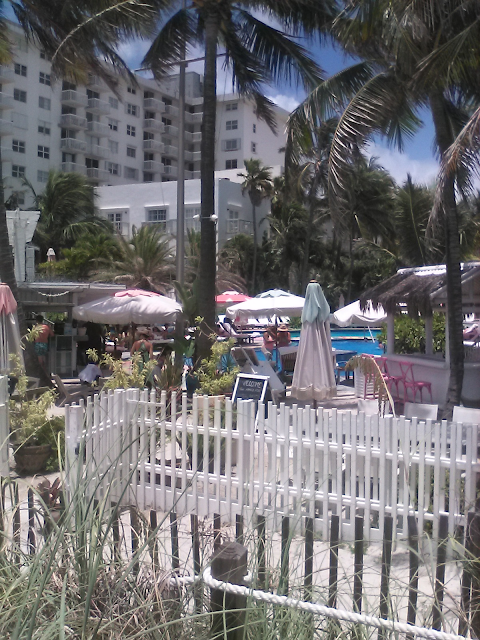 Not only is that personally insulting -- and it has been like that for the 25 years I've known him -- but all of this just serves to remind me of what was basically the complete and total failure of my social and personal life in the D.C. area over 28 years to include 20 in the shitty District itself.
So, it goes without saying that I'm not in a very good frame of mind right now. Mondays are always the worst after crummy Sundays. 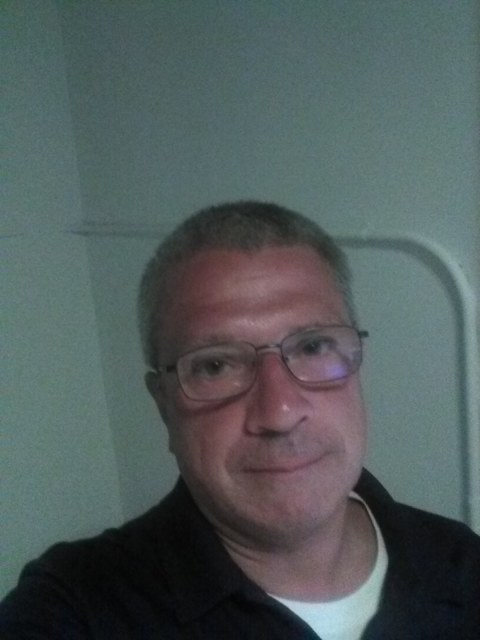 Beyond that, though, I am not a well person. I am deeply mentally troubled, I am effectively totally alone in this world. (Yes, I have maybe half dozen friends back in the D.C. area, and a very limited family -- just my parents, which operationally is just my father since my mother never could stand me.) 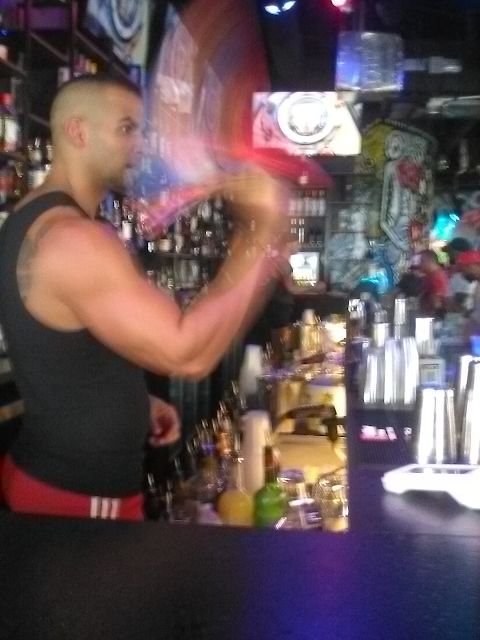 Above: One of the impossibly physically attractive bartenders -- looking like some combo Brazilian national football (soccer) team member and GQ International model -- demonstrating a flip-opening of a fan at Palace here in Miami Beach.
Only the second time I've been there while living here, the place is impossible to enter most of the time, but there are occasional lulls between drag shows with those damn noisy fans. As for the bartender, he was actually sort of pleasant and attentive and, unlike in D.C.'s gay world, not looking for a reason to instantly loathe and "ban" you from their hateful claque. 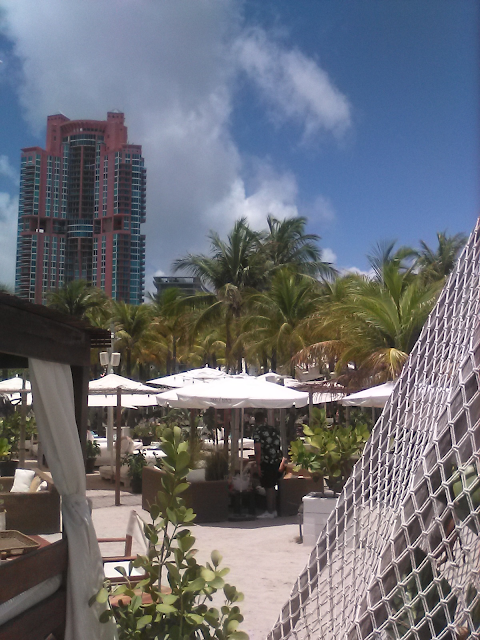 Above: The beach-facing side of the quintessentially South Beach "Nikki Beach" beach club with its cabana-like structures and, rising over the scene, the Portofino.
******* 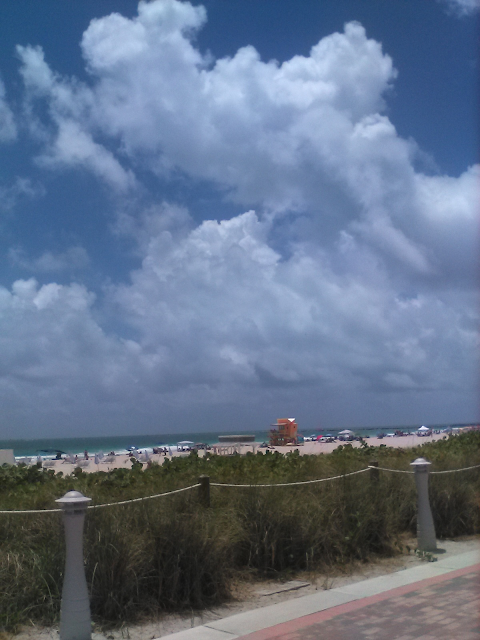 But I'm still along, and I don't see any long-term hope for a different sort of life. Going forward in whatever years remain to me, I'll probably move multiple times in the next 10 to 15 years. I have no idea to what age I will live and, honestly, it doesn't really matter.
And, no, I've never done anything altruistic great or full of spiritual love for my fellow human beings, so I guess I don't deserve and should not expect anything in return. I understand that. 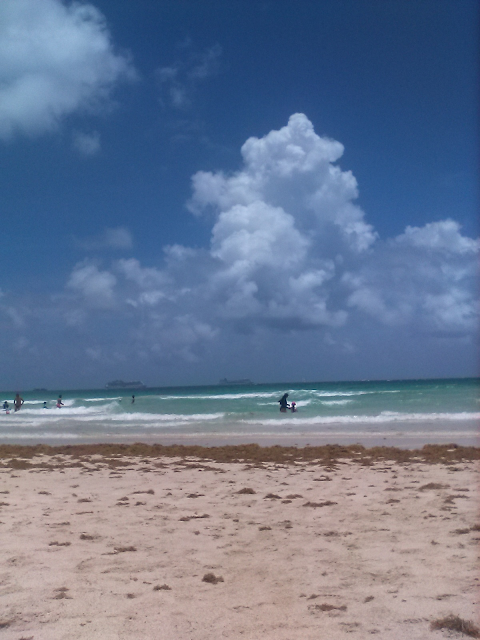 (AM: If you are stealth reading this, please don't take this as some great vindication for you. "Oh, goodie! Failure! I better run and tell mom-and-dad!" 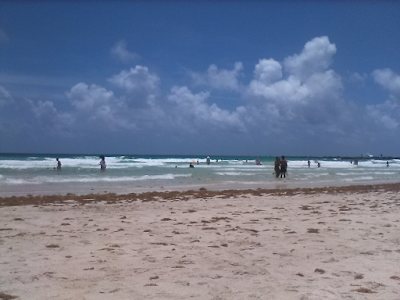 (Your silent-but-obvious celebration any failure, fight, misery, weight gain, poverty, despair, and all-around-general-loserdom on my part -- as affirmation of those aspects your own sad life -- is something, as I look back with time, I just can't forgive and get beyond. It's beyond insulting and endless infuriating to me. Just know that.) 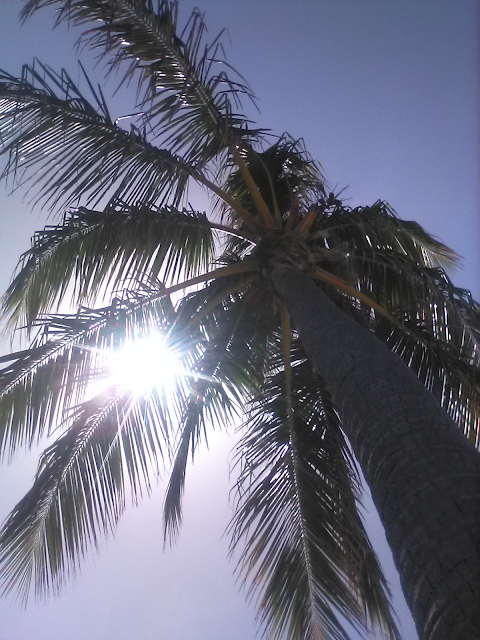 Above: The Coconut Palm at the End of the World (or at least Miami Beach). I wrote about this coconut palm -- visible from half a mile up the beach -- here. In point of fact, there is another coconut palm -- low and squat -- that grows, I estimate, 250 to 300 feet to the SSE of this one that is, in fact, the southeastern-most coconut palm tree in Miami Beach, Florida. It is visible in the image below just to the right and beyond the man on the path in this picture: 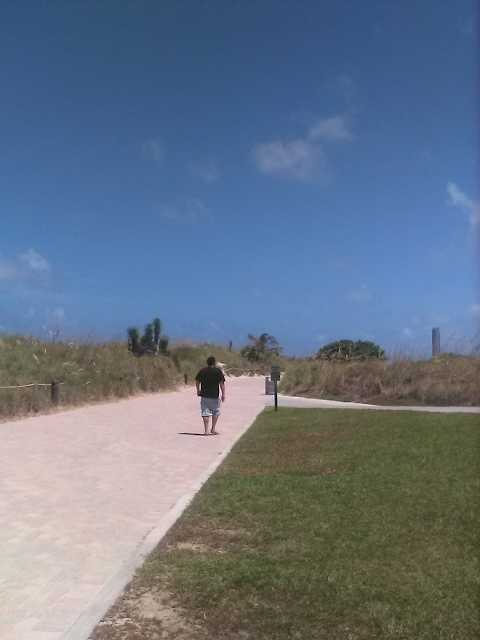 OK, that's all I want to say right now. My next entry probably won't be until Friday or Saturday. Sorry about that.
--Regulus
Posted by Regulus at 2:00 PM