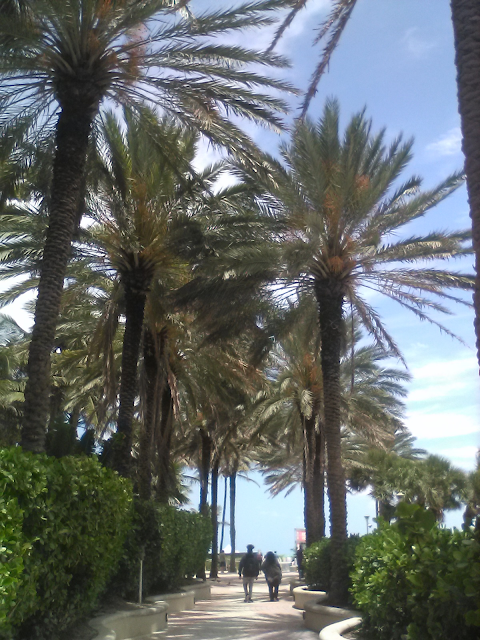 Sorry for the lack of postings.
Yes, I'm trying to post something -- and, in fact, there are, like, three different entries I want to post, two of which are in composition, but I'm just having trouble.
This has not been the best of weeks in that I have been rather depressed and listless, adrift in this strange Miami Beach life now I have, often in the middle of an unwanted vortex but quite alone in my little apartment. The weather has been odd: Gusty to occasionally roaring easterly wind off the ocean thanks to a long-duration pressure gradient between a massive high ridging down from the Canadian Maritime provinces and the U.S. East Coast and a stalled upper level trough with surface reflection over the Texas Gulf coast. It seems to be a combination of the high's southern flank return flow and the lower pressure over the western Gulf of Mexico.
The wind has gusted to 40+ mph at times -- and there is even once again a wind advisory up for the immediate Atlantic coastline of the Miami - Dade area including here in Miami Beach. Air temps have reached about 84°F at KMIA and probably about 82°F here and dew points between 63°F and 68°F. 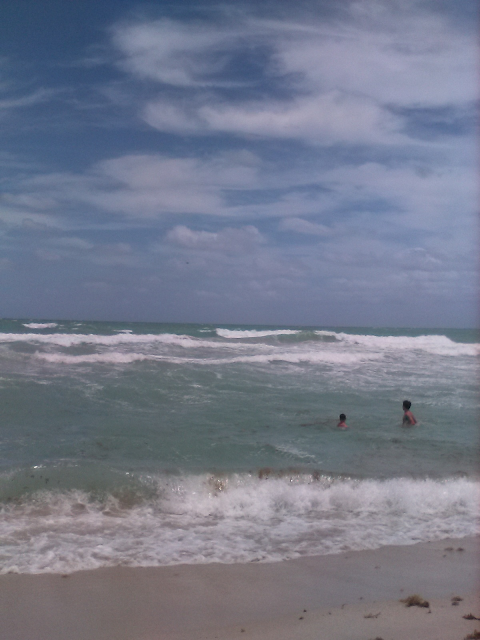 The ocean has been very turbulent all week -- and the timing of high tides this week has been late morning into the afternoon -- both of which have made going into the water, especially if you're super cautious as I am, problematic. 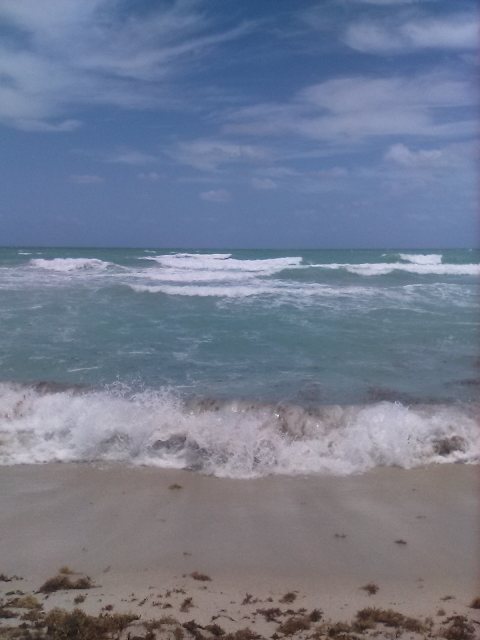 Changing topics ... I got my second Pfizer shot today at the Walgreens at Collins Ave and Lincoln Rd (between 16th and 17th Streets). So far, no problems.
I went to Finnegan's Way for lunch at the outdoor bar, where again, I had a nice chat with someone. I had planned to stay in tonight and just watch my old TV and recurring TV shows, but I'm just feeling lonely and, more importantly, despite all my grocery shopping efforts on Monday and Tuesday, no real food in the house.
It's getting noisy outside as the fucking weekend approaches and the open-ended, urban hip-hop-themed, thoroughly ghetto Mardi Gras starts up again. I'm tired of it. I'm just so fucking sick of infantilized American depraved mass culture -- as mindless as it is sensory-deadening performatively violent, forever leaving NOTHING behind. 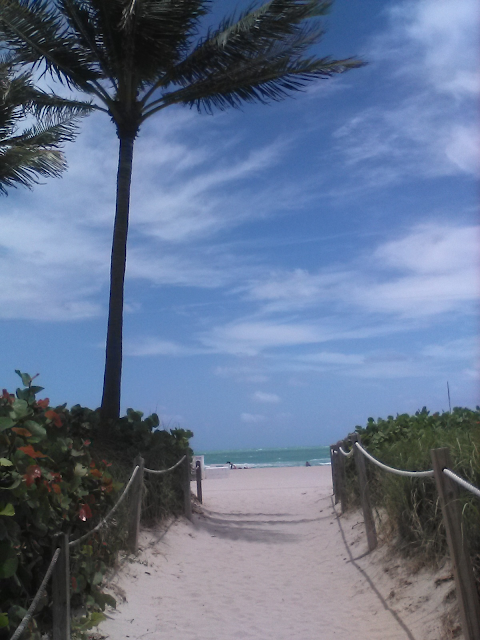 I don't know where I'll move early next year -- it might be to a quieter place here in Miami Beach or, perhaps a better choice for would be between Fort Lauderdale and West Palm Beach. I'm just kinda depressed.
To be clear, I had to leave Washington, D.C., even if the yowling Covid hysterics is now waning. The savagely racist and all-around anti-life WOKE shit and encouraged-and-facilitated street-level violence is still going full bore. My time there had just run out.
For tomorrow, I need to actually do some meaningful job work. I've been having trouble this week doing much of anything. This followed my very busy previous week. 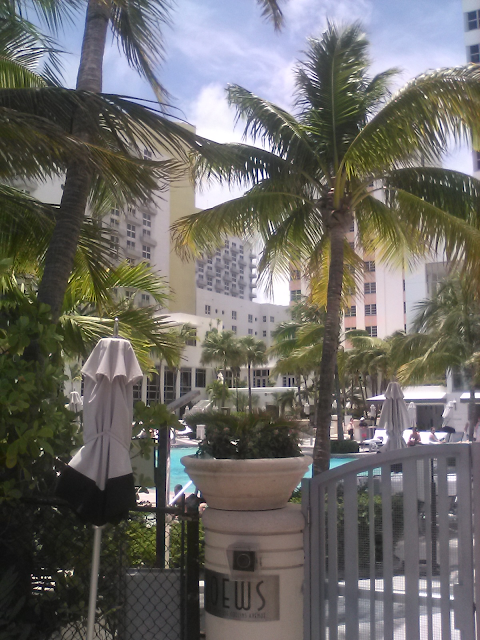 Looking ahead into June, Gary is visiting early in the month and then Chris T toward the end of the month.
Tim was actualy here yesterday evening, but it was another one of those vexing drive-through/drive-by visits lasting less than an hour and all topsy-turvy and pointless.
He's having big problems with his both his attempted real estate purchases up in West Palm Beach and decided -- not sure why -- to drive down 75 miles here and then immediately back for a what amounted to a crummy 35 minutes at one of the South Pointe area restaurants. Next time, I'll tell him not to bother.
That place is a real disappointment, but I'm not going to say the name of it since I may very well go there again. But it is a big disappointment from what it should be given that location and setting. 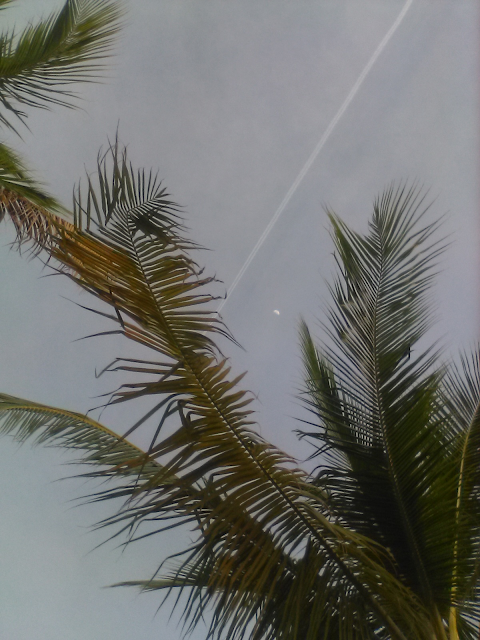 A high-flying passenger jet leaves an extended condensation trail (contrail), appearing near the waxing crescent Moon, as seen through a coconut palm's fronds, South Pointe, Miami Beach, Fla., 7:24 p.m., May 19, 2021
Related to the above picture, there is a some cruising altitude passenger jet route that appears to cut across the very southern portion of the Florida peninsula on a west-to-east route. The path takes it directly over MIA itself and, presumably, the airport's Vortac beacon.
The general area whence the route originates and, more importantly, where I goes, I do not know. However, I'm thinking perhaps it goes to Puerto Rico or elsewhere in the Caribbean and is simply a way of going over the Bahamas and around eastern Cuba. But I could be wrong.
OK, I'm signing off for now. I'll try another entry in a day or two.
--Regulus
Posted by Regulus at 9:34 PM