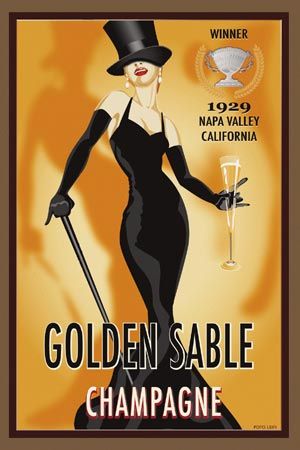 The above image is of a vintage poster from 1929 for something called Golden Sable Champagne -- announcing it as the winner of a 1929 contest in California's Napa Valley.
I am posting in as the lead in lieu of a picture of the same poster image that I took last night at South Pointe Tavern. A series of Golden Sable Champagne images form the wallpaper in one of individual bathrooms. Here is the picture I took of the same poster image: 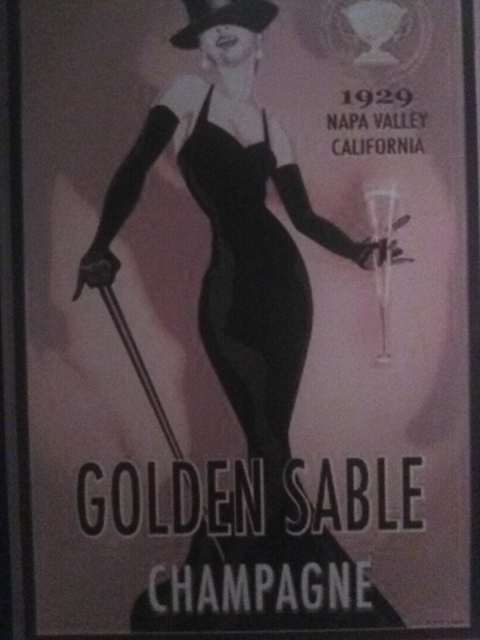 Of note, there is another Golden Sable Champagne ad from 1932 when it won an award in London that is part of the same wallpaper design. Below is an online version of that version: 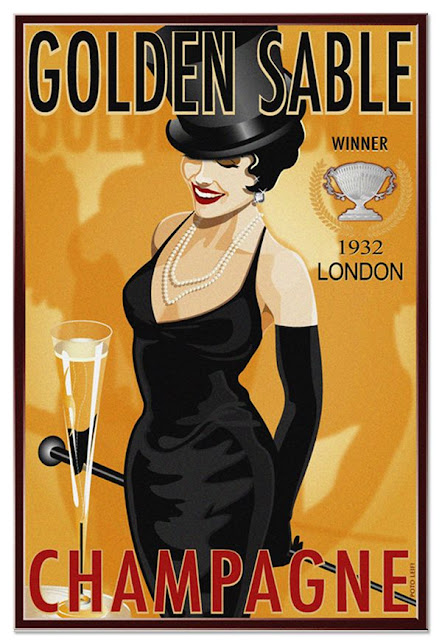 Is it just me or does that lady look like Jaye P. Morgan??
*******
Saturday evening giving way to night. 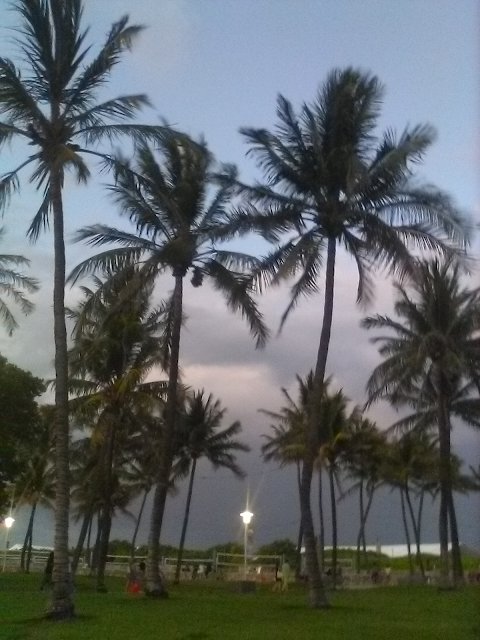 Blurry image of palms in Lummus Park, Miami Beach, Fla., 8:10 p.m., May 16, 2021
Related to the above image, I really need to have an entry discussing the coconut palms here in Miami Beach and the fact that they are heavy with ripening coconuts -- yet in certain areas including, I was told by two police officers when I asked one of them, Lummus Park, the coconuts are not removed ahead of time. 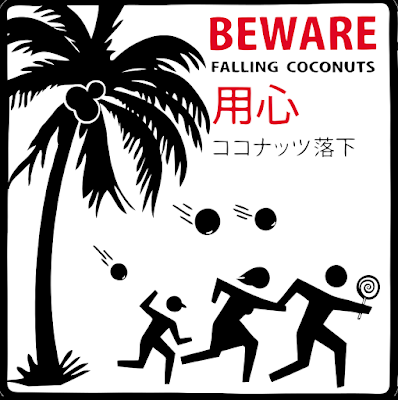 How is that not dangerous? Each tree, er, tree-form like monocot Arecales, has, like 25 to 50 (or more) coconuts, and they weigh, like, 3 to 5 pounds and are falling from as much as 60 feet up. Compounding the risk, vagrants in Lummus Park sleep underneath them. And the wind was roaring off the ocean the past few days -- as shown in the picture from Thursday early afternoon directly below -- even as the coconuts are starting to ripen. 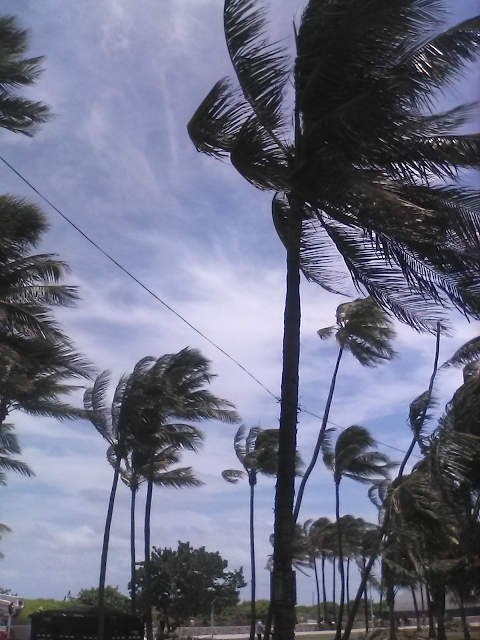 I have finished my laundry, and I'm home listening to the JazzRadio.com internet station, specifically, the Coffee Jazz channel while drinking a cup of coffee.
Night is falling here on the Art Deco / Entertainment District of Miami Beach, and as it is a Saturday night, the usual ghetto-inflected weekend Mardi Gras is erupting. But, as I may have mentioned, it's really not that much different in terms of street level shit that you would hear in D.C. and unlike in, say, Columbia Heights, the people here tend to be in a good mood rather than wanting to kill you. 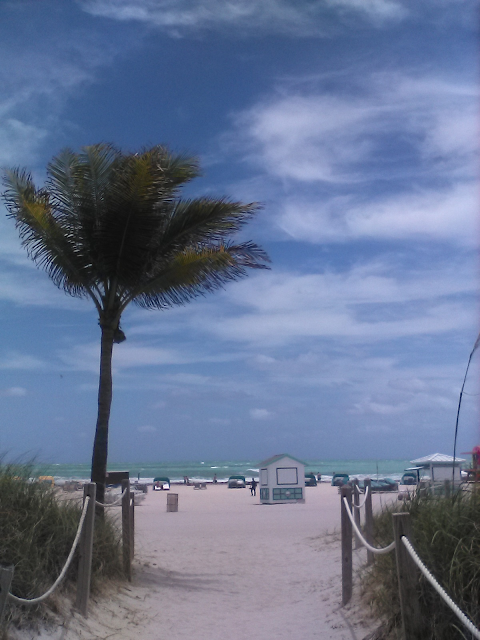 I've been feeling fine health-wise today. I even went into the still windy-roiled but low-tide ocean earlier this afternoon.
I mention this because the second Covid (Pfizer) vaccination shot that I got early afternoon Thursday really knocked me out for about 12 hours.
To clarify, it took about 12 hours for the crap feeling to set in and then it lasted about 12 to 15 hours. It was like a bad headcold but no congestion and like a flu with alternating overheated and chills and general soreness rather than achiness. I had real difficulty sleeping on Thursday night into Friday morning, and I didn't / couldn't leave the apartment all day.
But I began to feel better around 3 p.m. -- and by 7 p.m., I was fine. 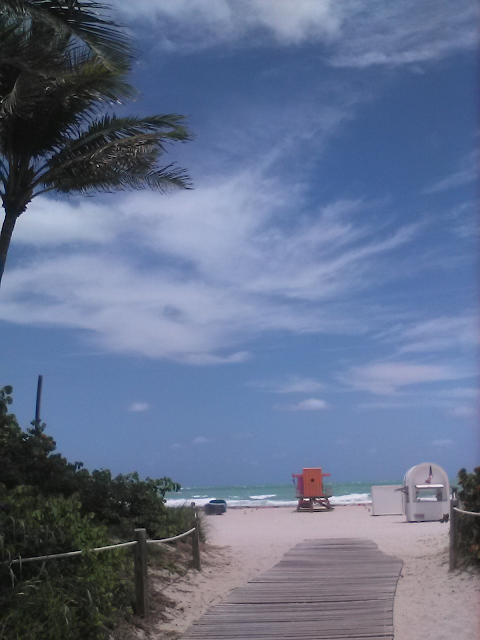 About Covid, I'd like to reposting this excellent Tucker Carlson commentary on the ever-stronger-likelihood that SARS-CoV-2 came from that Wuhan Institute of Virology through "Gain of Function research (a long-time Anthony Fauci speciality) involving horsehoe bats and not a wet market ...

For a long time, you couldn't say this, though, because Ted Lieu would accuse you of a hate crime, and Big Tech deplatform you. But a few developments including Senator Rand Paul's questioning of Lord Fauci earlier this month on US Government-funding of Gain of Function research including at the Wuhan Institute of Virology seems to have changed things.
But PolitiFUCK's army of gender studies majoring "fact checkers" had to pull back somewhat / memory hole the "Pants on Fire" rating of the above assertion. As Alex Berenson tweeted the other day, this is a nice example of how most American media "fact checking" is simply hard left opinion-mongering.
As for Covid Hysteria and related Faucian Health Scare police state, it is definitely, thankfully waning, but the fucking endless testing ensures the "casedemic" of this super-contagious but only selectively dangerous pathogen threatens a "fourth" or "fifth" or "seventy-eighth" wave. 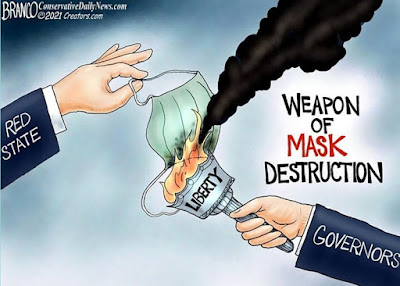 Here in Miami Beach, things are ALMOST normal with the red light/green light masking kabuki theatre dropped and capacity limits seemingly increased to almost 100%. Things dramatically changed with the big, abrupt, and long-overdue shift in CDC guidance last week on masking.
You still have mask semi-requirements in grocery stores and so forth, and I'm not at a point where I want to do battle with those by announcing I'm "fully vaccinated" and thus needn't wear the face diaper / WOKE Branch Covidian religious garb. 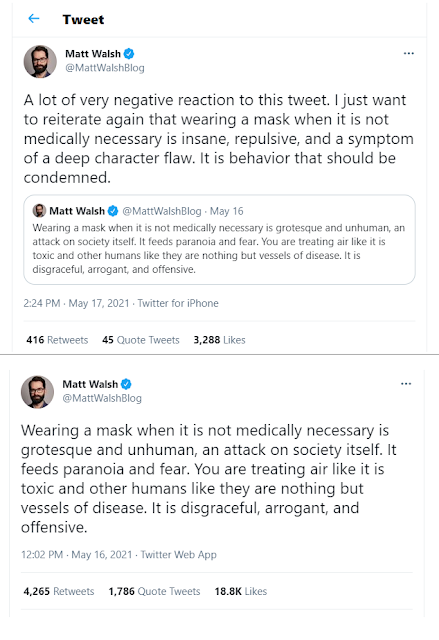 But as for the not-objectively-at-high risk people who wear masks outside -- and, more improtantly, the requirement in certain states and in certain settings to wear it, especially among children, it's simply lunacy. Podcaster Matt Walsh said it best in a pair of tweets from last week, a composite image of which is posted directly above. 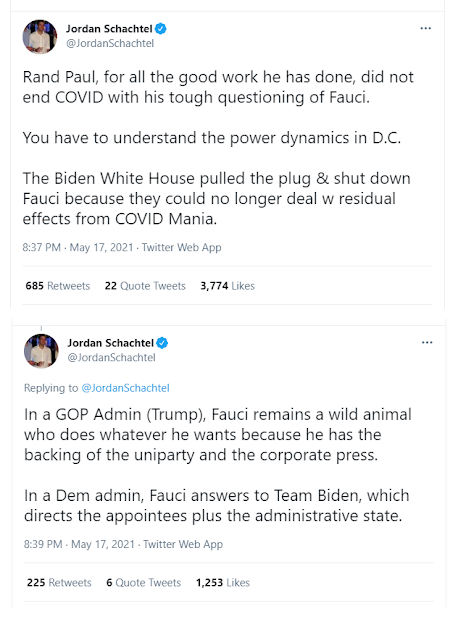 As for that shift, independent journalist Jordan Schachtel -- who, based on his Twitter top-line information several months ago versus now, appears to have done like I did and fled D.C. for Florida -- wrote about the causes of it so well on his Substack site. Indeed, I was tempted to repost that piece in full in a standalone entry. Above is a composite screenshot of two tweets he wrote on May 17th on the same topic. 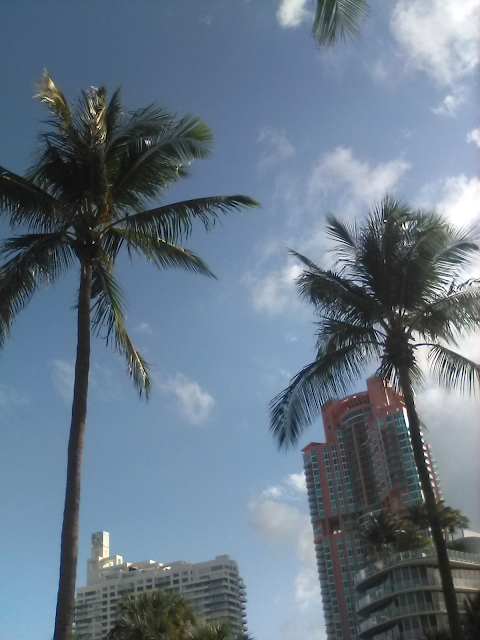 Last night, I went to South Pointe Tavern -- in addition to The Lobster Shack for a bit of dinner -- and you really couldn't tell any difference from a pre-Covid time. But there has been a big push to get back to normalcy here -- and by that, I mean normality, not some bullshit Great Reset-driven "new normal" involving an energy-constrained, everybody is poor-and-lives-in-shit corporate dictatorship. 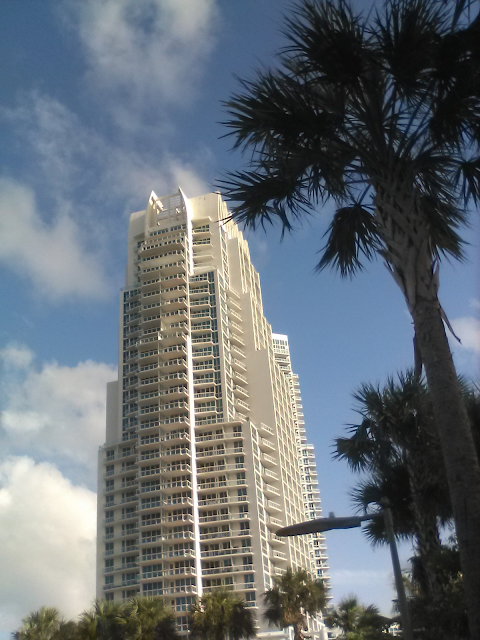 What surprises me is to hear (from Gary) that things have suddenly reverted to semi-normal back in (ever-more-lawless) D.C., too. This is surprising to me given the Cult of Covid steeped in the degeneracy of WOKE lunacy that exists in D.C. and other big "Blue" cities.
Things are most definitely NOT normal in Canada, where psychotic governments at both the national and provincial levels, most notably, Ontario -- have their citizens under de facto house arrest. It is happening despite few cases and nearly empty hospitals and with no rational end game to the nightmare. (The restrictions aren't as tightly enforced against French Québécois or sundry BIPOC-certified groups.) 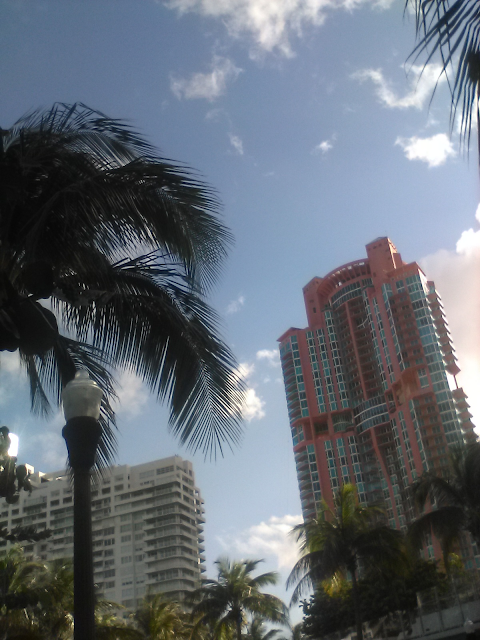 With exceptions of course, the people of Canada, New Zealand, and Australia, and to a lesser extent the UK, have shown themselves to be complete "sheeple" -- although the UK has shown itself to have absorbed the American Illiberal Left's neo-Marxist and anarcho-tyrannical tendencies.
But rather than going down that rabbit hole, and before I end this entry, I would like to return to the theme of coconuts .... 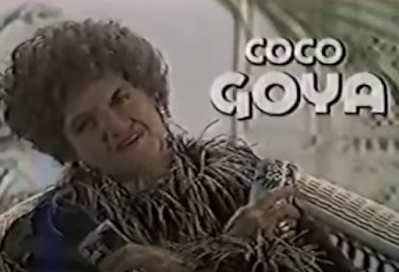 Specifically, I'd like to feature what I consider one of the best commercials ever. It'a commercial circa 1983 for Goya Colada Piña Colada mix and features British actress Hermione Gingold (not to be confused with Hermione Baddeley). God, I hope this doesn't vanish from YouTube 'cuz I'm not sure I could find another version of it ... 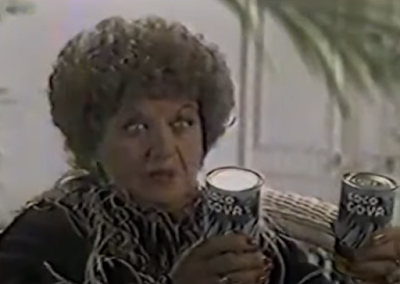 I swear I remember a version of this one where she hugs some Muppets and says, "They're adopted!" but I can't find it, and maybe it's just my memory playing a trick.
OK, signing off for now. My next planned entry will be Monday or Tuesday night.
--Regulus
Posted by Regulus at 9:44 PM