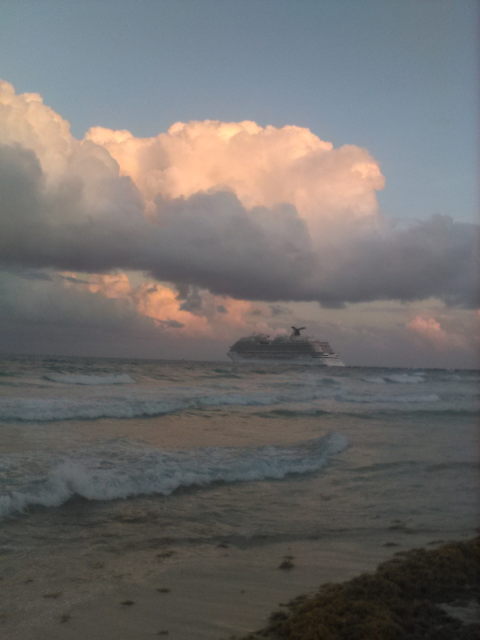 View of a large cruise ship making a steady but destination-less departure from the Port of Miami into the open Atlantic Ocean as seen from the South Pointe beach area of Miami Beach, Florida,
7:50 p.m., May 16, 2021
OK, I was going to feature the above picture as the lead image for an entry -- a political-themed one focused on one topic in particular -- but I decided to feature it in a standalone entry that became the launch point of the posting. 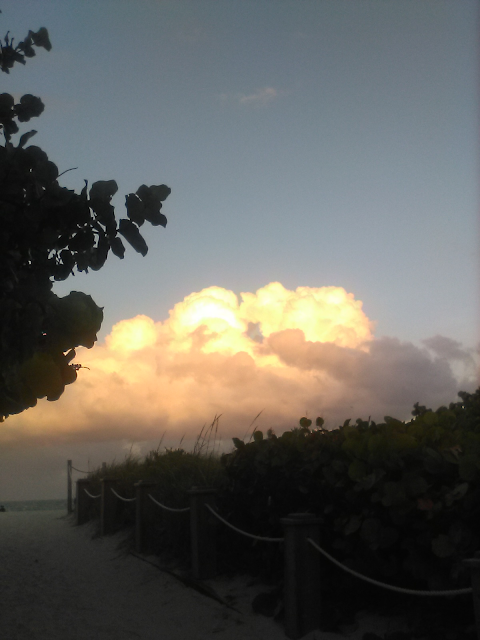 It is a picture of one of the ginormous "factory" cruise ships that trek into and out of the Port of Miami via the shipping passageway called Government Cut that connects the general southern end of Biscayne Bay with its archipelago of manmade islands and port terminals with the open Atlantic Ocean. 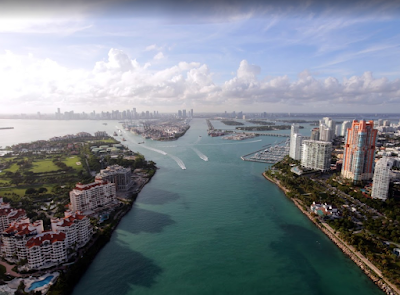 Google image aerial view of Government Cut looking west toward the Port of Miami and the Miami central business district, date unspecified, possibly Jan 2015
Obviously, I've never been a fan of these ocean-sailing behemoths and all the barely-treated raw sewage and general pollution they pump and dump into the oceans of Planet Earth, not to mention the dirty diesel fuel they burn, all in order to sail 5,000 people each on a floating combo hotel skyscraper, theme park, bar, swimming pool, and casino that ply "international" (READ: lawless) waters. 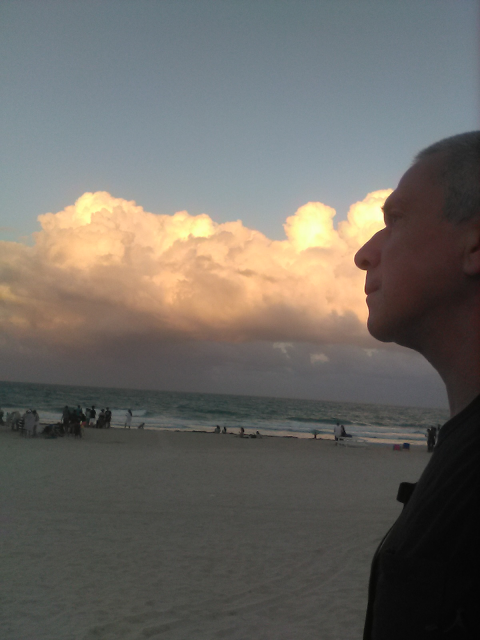 However, in the time of Covid -- and taking into account my own dramatical political philosophical swing in the past year that made me functionaly a de facto domestic ex pat from D.C. to Miami, and despite the fact they are owned and operated by typical big, shitty, WOKE but otherwise amoral corporations -- I can't help but feel sorry for these now-silent, joyless, lonely-looking white elephants of the oceans. 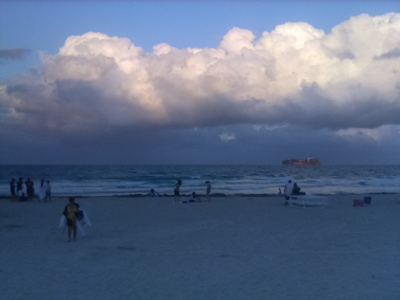 About the WOKE-infused Branch Covidian Cult, at this point, the "casedemic" itself appears to be ending, and despite the best efforts of Blue State and "defunded police department" anarchical-tyrannical Blue City totalitarian pols to keep the shit going, even the CDC abruptly and significantly relaxed the face diaper, I mean, mask mandates (if only to stimulate flagging vaccine demand).

The Democrat / Big Media Left Complex has freaked out about the loss of universal masking in their own dystopias because, as Tucker Carlson said on his Friday night show (see above), now they can't tell who's who politically. As Reason's Robby Soave said last month, masks have become "the MAGA hat for Team Blue." 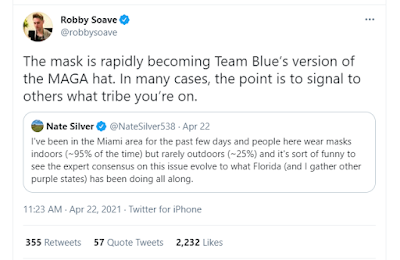 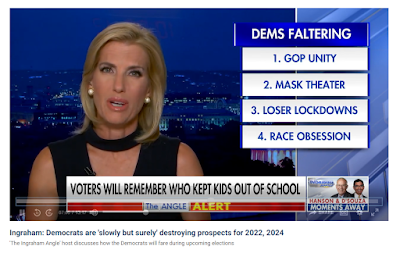 ... the sick racist obsession centered on the poison of Critical Race Theory (that's what my other entry is about) that hatched, Alien-like, out of the anti-life diseased moral stew of Big Academia's racket ... open borders with 2 million plus coming in this year alone (actively encouraged by the Dems as part of their long-term electoral strategy) ... spending endless trillions even as inflation surges, and so on -- really is untenable and is already beginning to hit serious headwinds, as Laura Ingraham expertly laid out tonight:

As for the cruise industry, it has yet to get the green light to reopen and, to that point, Florida Gov DeSantis has filed a lawsuit against the CDC.
In the meantime, these strange, artificial, soulless floating pleasure-palace fortresses are basically just ghost mini-cities drifting on the seas with no real home. The cruise ships I see down here appear to take turns sailing into and out of the Port of Miami. Sometimes, they trek to a position perhaps six or seven miles offshore and just park themselves in place for hours or even a couple of days. 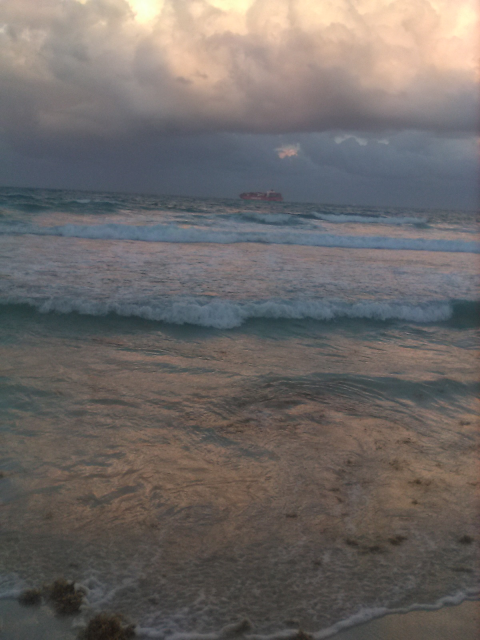 Large cargo ship offshore of Miami Beach, Fla., 7:47 p.m., May 16, 2021
Above: This is a cargo ship, not the cruise ship in the lead image that appeared a few minutes later heading out to sea.
OK, I'm ending this entry and my other planned entry is delayed until tomorrow or Wednesday.
--Regulus
Posted by Regulus at 2:29 AM