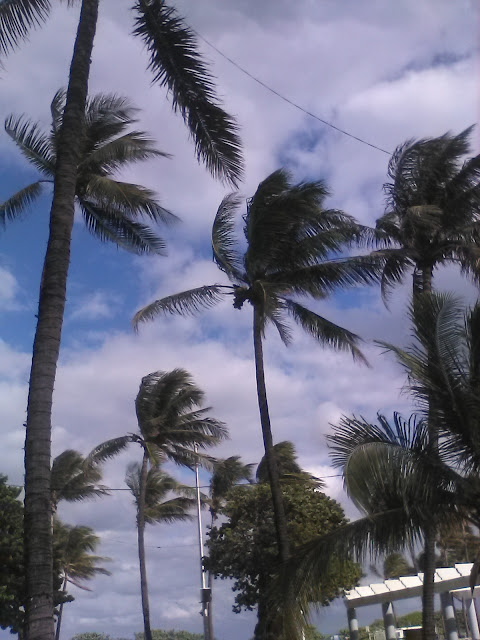 Gusty northeasterly wind blowing through the coconut palms on the greenway between Ocean Drive and the beach, Miami Beach, Fla., 5:03 p.m., April 3, 2021
*******
Tuesday early afternoon.
I just wanted to post this quick entry to change the lead one. 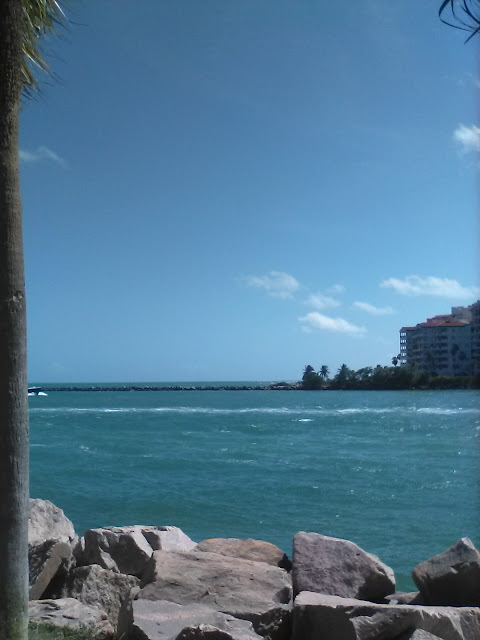 Right now, I'm working from this little home office, if that's what it is, while listening to the Smooth Jazz channel on JazzRadio.com, right now as I write this, Zachary Breaux's instrumental version of the song "Never Can Say Goodbye". 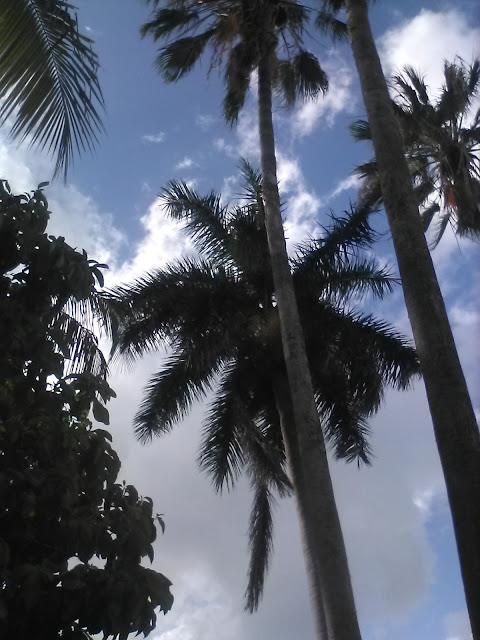 In about an hour or so, I'll walk over to the beach and go for my daily splash about in the ocean. The depraved absurdity of Miami Beach 2021 Spring Break in this Entertainment District, into the center of which I moved about three weeks ago, seems to be continuing to ebb, although I suppose next weekend will be almost as obnoxious as the past three. 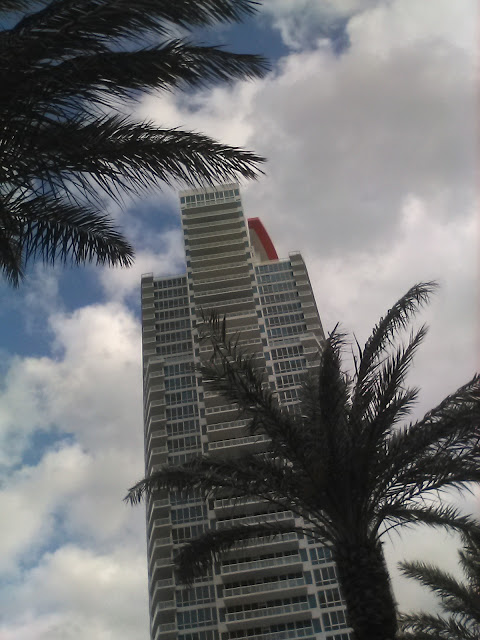 Correction, I fled down here as a long-time D.C. resident and now domestic expat of the Cult of WOKE Covid malevolent lunacy that has seized control of all aspects of society up there. 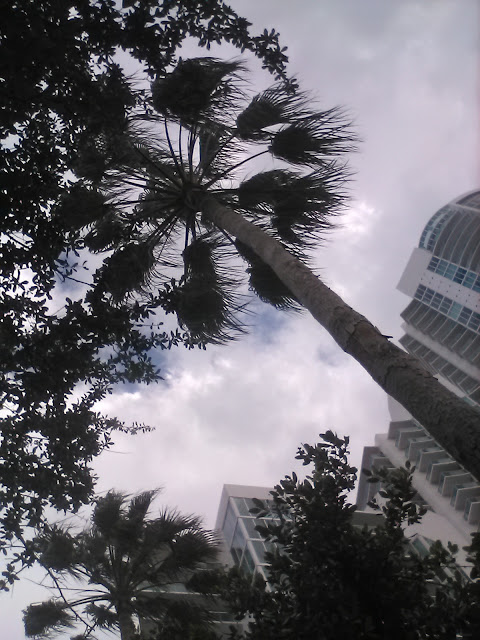 My intention is to post a new entry tonight or tomorrow. I probably should have a political-themed one about 60 Minutes' spectacularly, indeed, cartoonishly botched hit piece against Florida Gov Ron DeSantis with accusations that were just outright lies and wildly deceptive video involving Covid vaccinations and the Publix supermarket chain.
For a meta-overview with other links, see this RedState.com piece. 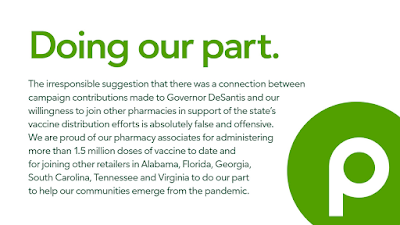 It was so badly screwed up that CBS has already memory holed it. But remember, that Illiberal Left Big Media ethical behavior today is a feature, not a bug, of what they do. 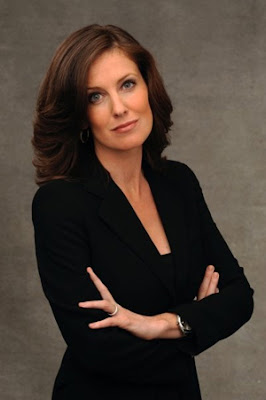 But just how stupid are you, Sharyn Alfonsi?? I mean, I get that Scott Pelley is a showboating meathead, but don't you even have sense of self-awareness?? You really thought that piece was going to fly??
Just look at her. She's what happens when a megalomaniacally self-important Blue Check journo-pundit is feted too long as the guest of honor at some WOKE university's journalism school "DEIB" seminar.
Then there is the whole Georgia voter ID law and (to me) foolish decision of woke corporate oligarchical kleptocracy -- itself another appendage of the Illiberal Authoritarian / Would-Be Totalitarian Hydra that runs America-- to jump into a Big Media / Democrat Party-stoked political and cultural war. But they have done it in a way that so highlights the oligarchy's own risible hypocrisy on these matters, not to mention just mindless Twitter mob mentality. 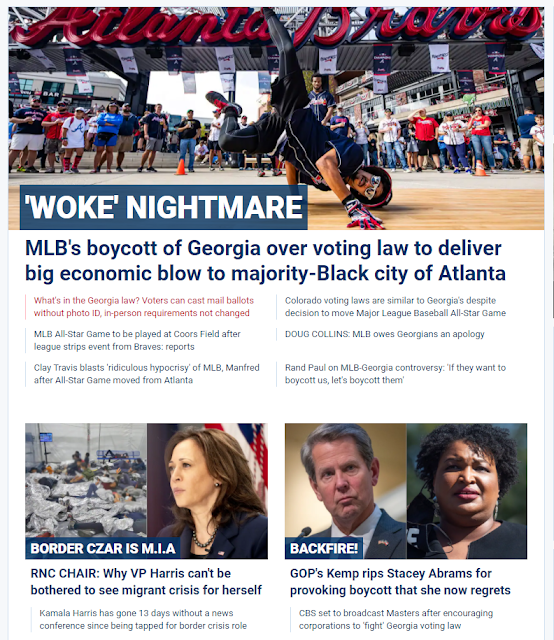 Sen Mitch McConnell and Sen Rand Paul have had good things to say about this. 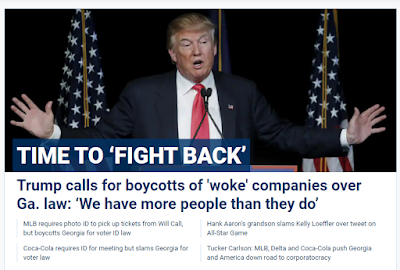 Enough is enough with this obscenely Unholy Alliance between cancel culture-crazed, Maoist twitter mobs; WOKE Big Media propagandists who have decided that their brand of Trump era total warfare is appropriate in EVERY situation; and major element sof the illiberal Corporate Oligarchy (itself in bed with Chinese brutal oppression and ALWAYS demanding IDs to do any business). 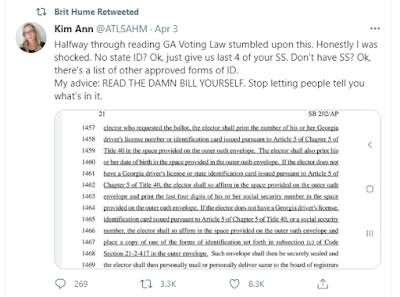 But that's for another entry. As I said, I just wanted to change the lead entry. My intention is to post another entry tomorrow night. Tonight, I need to do some monthly progress report work and I intend just to watch my late night old TV shows on Cozi and Robert Stack era episodes of Unsolved Mysteries on that strange FilmRise True Crime Samsung channel. 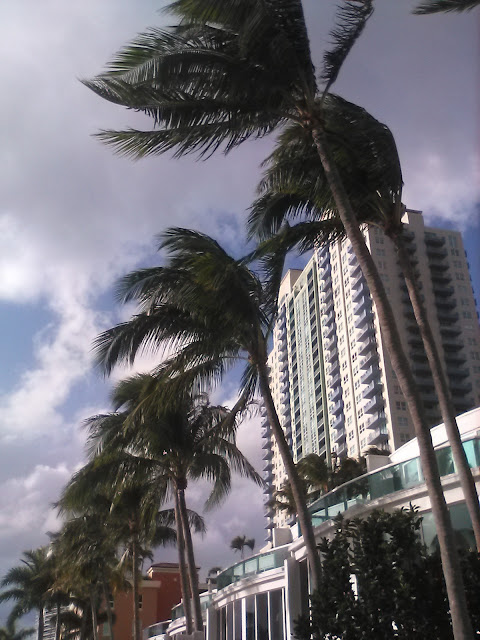 Before I sign off, I just want to note that the weather remains still not-quite-South Florida like with temps only around 78°F and a dew point not quite 60°F. And there is still a lack of really convective cumulus clouds -- just fair weather and/or flattened half-stratocumulus.
The roaring northeasterly wind between Friday and Monday has slackened considerably to just a slight easterly breeze off the Atlantic Ocean. A more typical South Florida regime to include afternoon / evening thunderstorms and a southeasterly flow is forecasted to develop by the weekend. 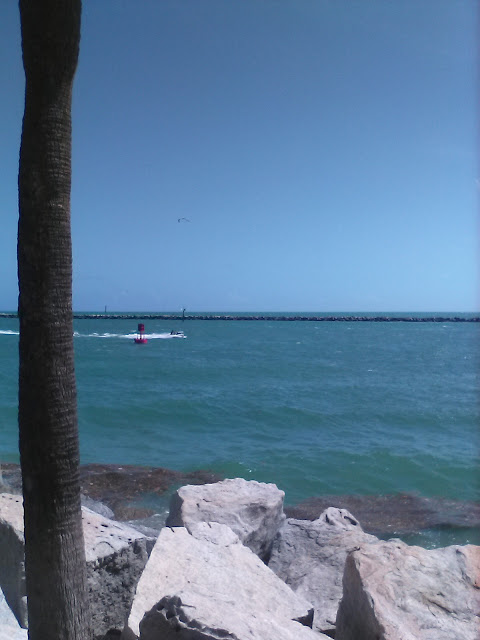