"MISS FINE!!!" -OR- Why I Love the TV show The Nanny and the Wonderful Fran Drescher

For this entry, let me say it out-and-proudly: I just can't enough of the wonderful, indeed, life-affirming, 1990s-era sitcom The Nanny, which I watch regularly in reruns on Cozi TV...

And I love both the character Fran Fine (or as Mr. Sheffield would angrily yet smittenly yell, "MISS FINE!!!") and actress Fran Drescher, the Millennial Whisperer, in that role and in general. 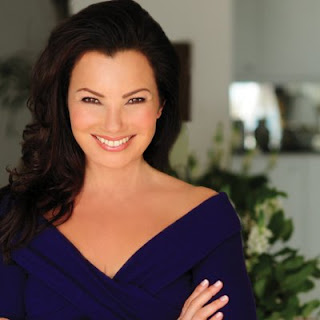 Now, I will say that I'm avoiding any deep-dive into Fran Drescher's Twitter-based politics. However, honestly, just reviewing there, she seems just FINE (yes, pun intended) -- and at the very least, she's no Debra Messing or Susan Sarandon, and that's a very good thing.
As for The Nanny, it must be noted that the show kept basically all the same actors in the same roles through its 1990s run of 6 seasons and 146 episodes. That says something good about the show, the people in it, and how it was put together.
In terms of the show's cast, I refer to the following 10 actors and their characters, as shown below starting at the twelve o'clock position and moving clockwise, namely,... 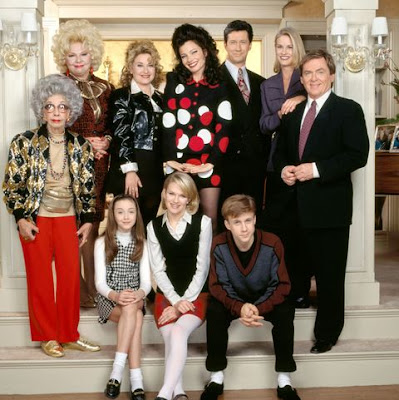 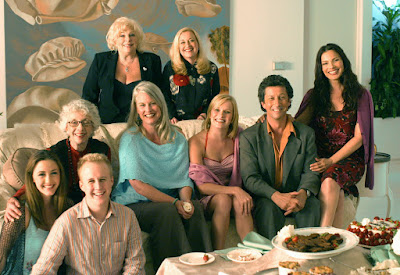 The Nanny cast reunion (minus Daniel Davis) in the Lifetime special "The Nanny Reunion: A Nosh to Remember" that aired on December 6, 2004
Just FYI, Daniel Davis and I share the same day-of-the-year birthday (November 26th), and we share it with Rich Little and Tina Turner (!).
Oh, and of course, Ann Hampton Callaway (pictured below in 2014) ... 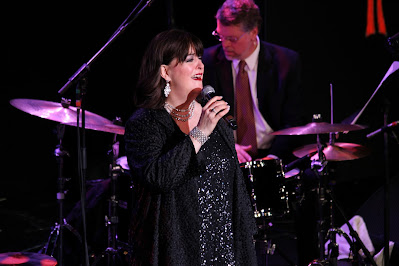 ...Writer and singer of unforgettable theme song to The Nanny. 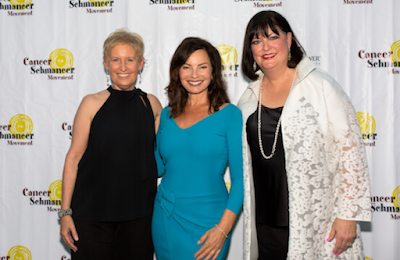 Fran Drescher (center) with Ann Hampton Callaway (right) and her sister, Liz Callaway (left) at a Cancer Schmancer event, 2017
The fact that Fran Drescher went out of her way to befirend Ms. Callaway also says something really nice about Ms. Drescher. (By contrast, the cast of Cheers never even knew the theme song co-writer and singer (Gary Portnoy) until well after-the-fact.)
--Regulus
Posted by Regulus at 11:20 PM