Second Entry from My Nascent Miami Beach Life: Not Quite Yet To a New Normal 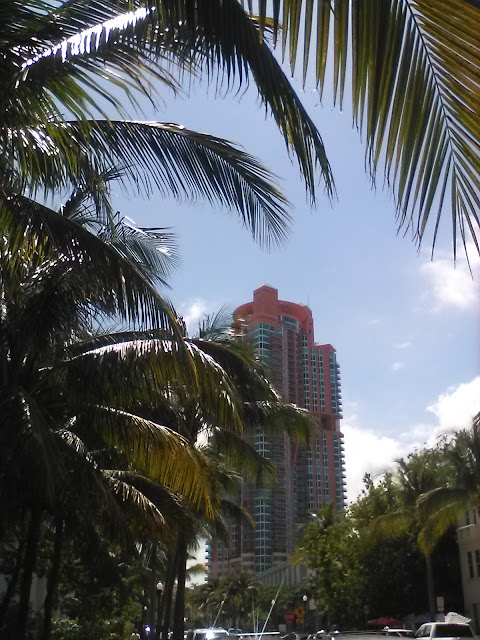 The pastel-hued, 44-story Portofino Tower near South Pointe Park, "SOFI," Miami Beach, Fla., 1:55 p.m., March 21, 2021
Early afternoon update as I just wanted to update the blog.
Tuesday morning in what is my first full week living here in Miami Beach. Gary is still here for the time being. He returns to D.C. tomorrow. Thereafter, I will be here by myself in my new normal life. 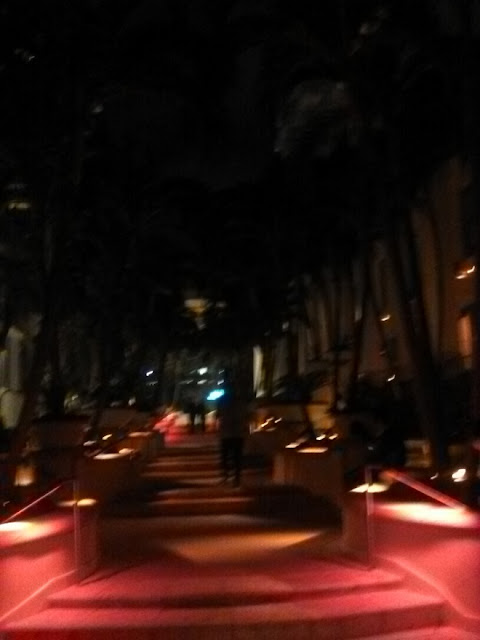 To clarify, Gary is staying at the nearby Majestic hotel while I'm living here pretty much at Ground Zero of the "Entertainment District."
Andrea departed on Sunday and Tim left Monday morning, although it appears he will be selling his condo back in Alexandria and moving down to South Florida -- probably in West Palm Beach, so about 60 miles north of here. 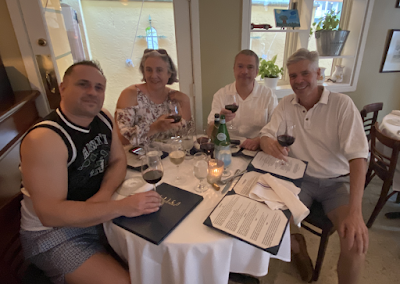 Above: Group dinner at Spiga, Miami Beach, Fla., March 20, 2021; Left-to-right: Gary, Andrea, yours truly, and Tim
*******
Gary and I have been having a nice time going to the beach and going to restaurants and bars. These have included a trio of places in the South Pointe section of Miami Beach -- easily walkable from where I live by 10th and Collins. Specifically, we have gone to South Pointe Tavern (a place I would like to make one of my regular spots), the Lobster Shack, and the bar at Prime Italian (the restaurant in the Hilton Bentley hotel at the corner of 1st and Collins).

About the chaotic situation in Miami Beach, 8 p.m. to dawn public curfew has been put in place through April 12th to tamp down on the excesses of this year's extra-wild spring break (I think it is called "spring bling").
The curfew is just in the Entertainment District -- 5th St to 16th St and three north-south blocks to include Ocean Drive, Collins Ave, and Washington Ave. Beyond that, things are mostly normal -- or rather, as normal as anything is in the screwed up time of Covid that is the principal reason that brought me here. 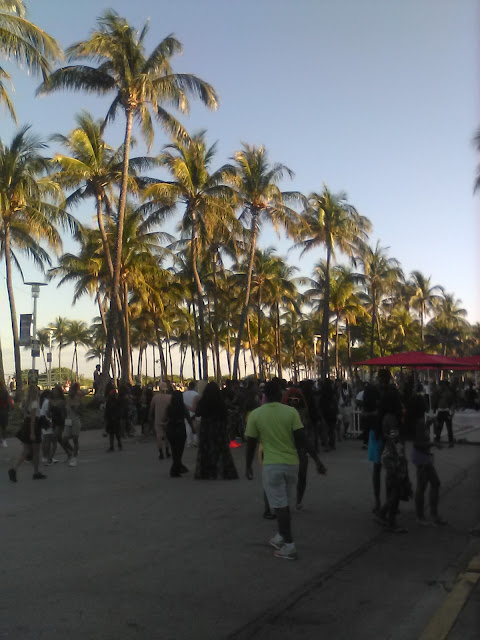 Having said that, the spring bling was spiraling out of control with swarming mobs, and many fights / brawling, arrests, and sundry crimes to include, reportedly, walking out on big bar and food tabs.
Then there is the general sensory-assaulting offensiveness of the pop culture in terms of blaring music with thumping base and beyond vulgar lyrics, rampant outdoor marijuana use, dangerous road conditions to include that wheel-screeching drag racing-style engine revving, and other manifestations. 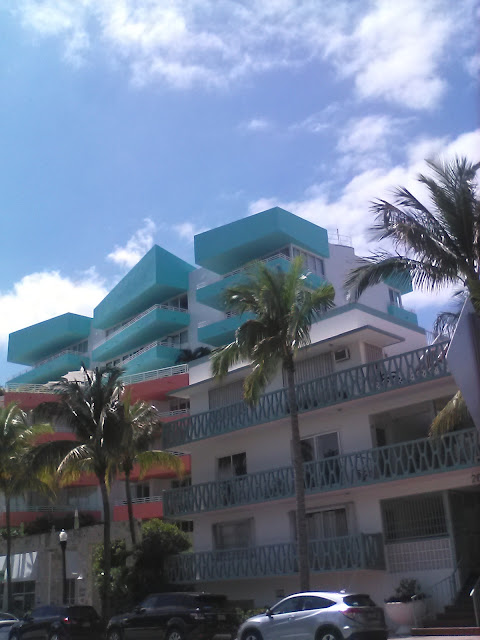 That aside, I should note that yesterday was much quieter either because it was Monday or because of the curfew, or some combination thereof, and I suspect that this year's spring break will end early down there because of the three-week curfew. 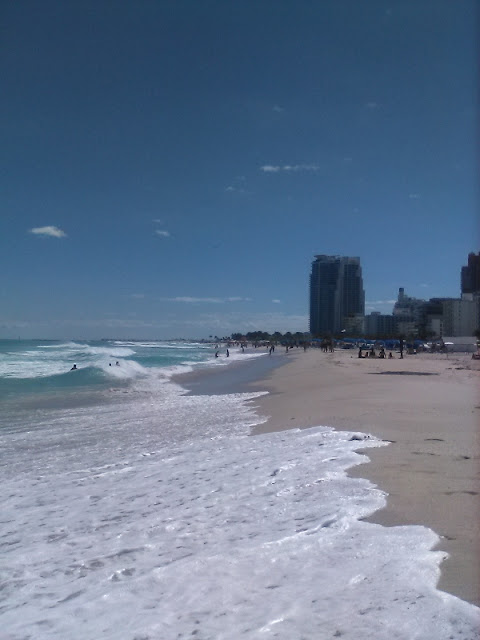 The malevolent, illiberal, totalitarian-minded, control-obsessed, fear-mongering hydra of America's Big Media / Entertainment Complex has created a narrative that everything is wildly out of control down here, which is simply at variance from objective reality (yes, assuming that even exists). The worst is, of course, CNN-DNC and PMSNBC, although Fox has gotten in on the action. 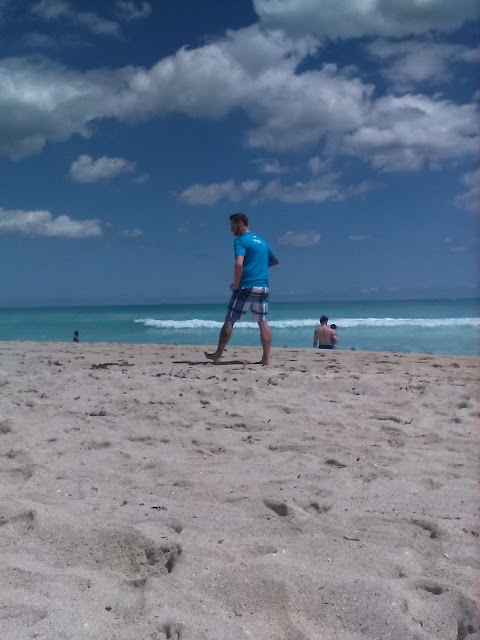 Again, though, the curfew is just in the aforementioned narrow rectangular zone and outside of it, things are pretty much normal. And last night, as I walked back to my apartment around 10 p.m., it appeared that even in the Entertainment District, the curfew was being much less strictly enforced. 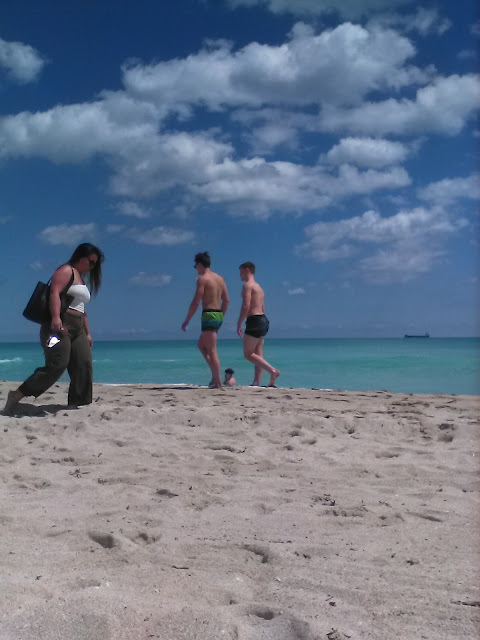 My next entry will be in a few days. About these entries, honestly, I'm almost of a mind to stop keeping up this blog.
I'm no longer in Washington, D.C., having left that life behind save for the one topic I seldom discuss on the blog, namely, my job. That is, I have (insofar as I know) kept the same job, but I'm just doing it from down here. Everything else is different, though. And I don't see writing political-themed entries or other such screeds. 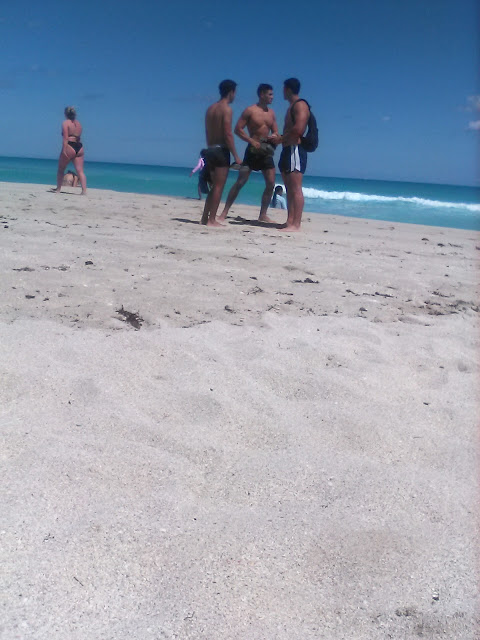 OK, that's all for now. Today, it's beach / ocean surf time ... Then drinks and going out for more drinks. My new normal schedule should begin by Thursday.
--Regulus
Posted by Regulus at 12:35 PM