Saturday Evening Post for February 27th, 2021: The Who Knows What Best and How Old Edition 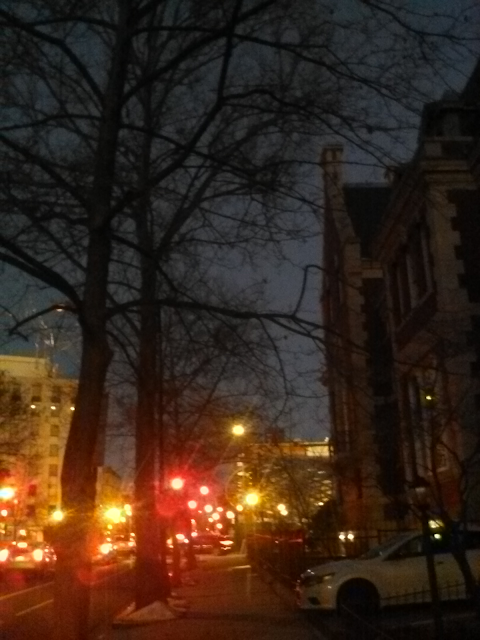 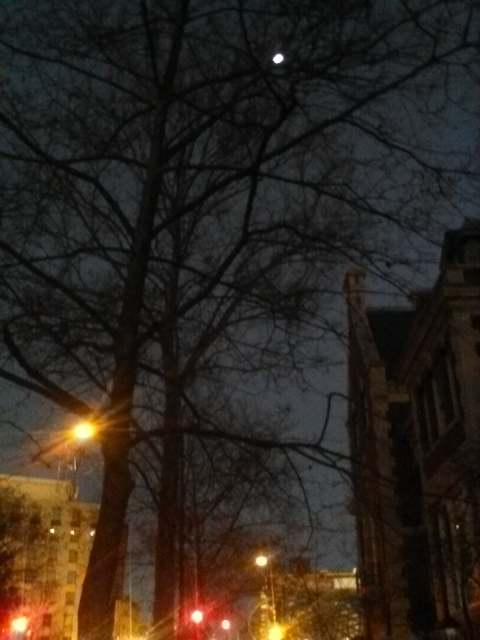 Saturday night.
This is my third-to-final (or maybe "second-to-final" if "first-to-final" is the one BEFORE the final) Saturday night in Washington, D.C., before I move away to Miami Beach and start that new life. 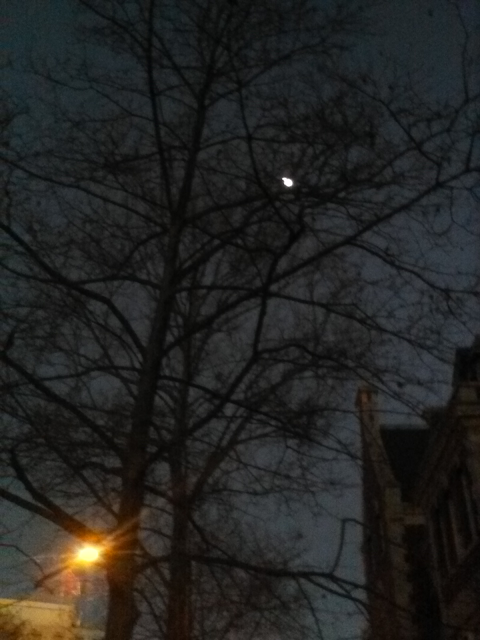 With that in mind, it seems a good idea for a Saturday Evening Post-type of entry like I used to write on a weekly basis.
Home tonight watching the Super Sci-Fi Saturday night lineup on MeTV to include monster movie, Star Trek: TOS, Buck Rogers in the 25th Century, Kolchak: The Night Stalker, Lost in Space, and Land of the Giants, among others. 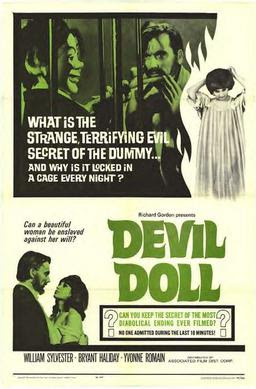 The Svengoolie-hosted monster movie was the 1964 psychological - horror film Devil Doll about a dementedly evil hypnotist / ventriloquist with his dummy "Hugo."
This 1964 British black and white film should not be confused with the 1936 horror movie of similar title called The Devil-Doll (yes, with a hyphen in the title).
Honestly, I couldn't make frickin' heads or tails out of the movie.
Of course, I had my window a/c purring away and it was a little hard to hear the movie dialogue.
Earlier tonight, and right as I got back home, I watched the last few minutes of the first episode and all of the second episode of a pair of Father Knows Best episodes. 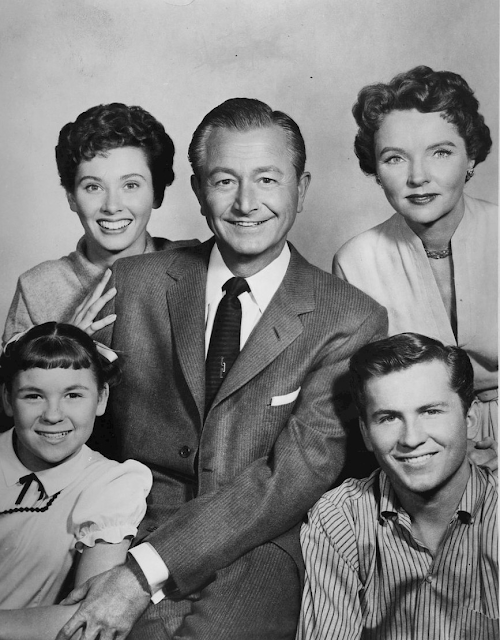 Above: The cast of Father Knows Best including Robert Young and Jane Wyatt (who later played Spock's mother in the Star Trek series. The three children actors in the series, Elinor Donahue, Billy Gray, and Lauren Chapin, are all still alive, ages 83, 83, and 75, respectively. 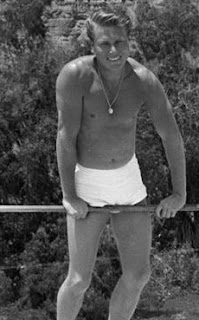 In one of the two episodes, there a guest character named "Utah" who was played by a curious 1950s-era beefcake of an actor named John Smith (pictured left). Smith was born Robert Errol Van Orden -- and, yes, he agreed to use the stage name "John Smith" despite having THAT birth name.
Alas, John Smith / Robert Errol Van Orden died at the relatively not-old age of 63 in January 1995 due to cirrhosis of the liver and heart problems.
I couldn't find much about Smith's personal life, though his Wiki page states he was a descendent of Peter Stuyvesant, the last Dutch governor of the colony of New Netherland, which would later become New York, New Jersey, and adjoining regions. 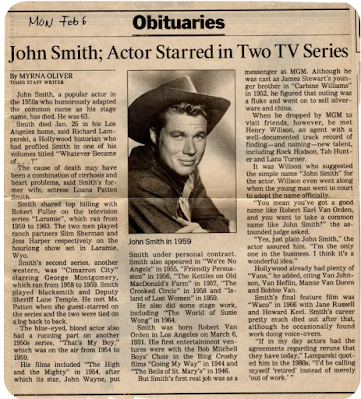 Smith does not appear to have had any children but he married for about four years in the early 1960s to actress Luana Patten. But I found this lovely photo montage tribute on YouTube to John Smith set to Elvis singing "Memories":

While rooting around for information on Smith, and via a connection to Mamie Van Doren, I came across the fact that Ray Anthony -- American bandleader, trumpeter, songwriter, and actor -- is the last surviving member of the Glenn Miller Orchestra. 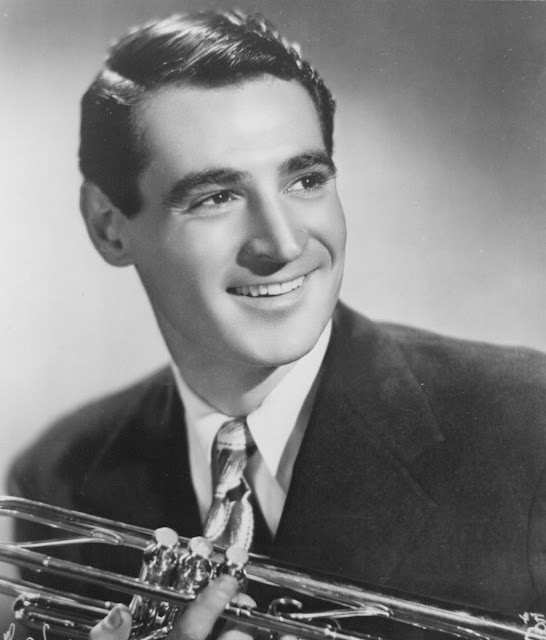 Ray Anthony with his trumpet, circa 1950
Ray Anthony, now 99, is the father of Perry Anthony by Mamie Van Doren, who is now 90. Here is a video of Ray Anthony playing the trumpet on the occasion of his 95th birthday in Jan 2017:

He looked pretty damn good and spry there for 95, although it looks like he's performing in a hotel lobby bathroom.
Oh, and this Ray Anthony should not, obviously, be confused with the Ray Anthony who is known as the rapper Sir Mix-a-Lot of "Baby Got Back" infamy. Yeah, that's not a mistake I'll be making. 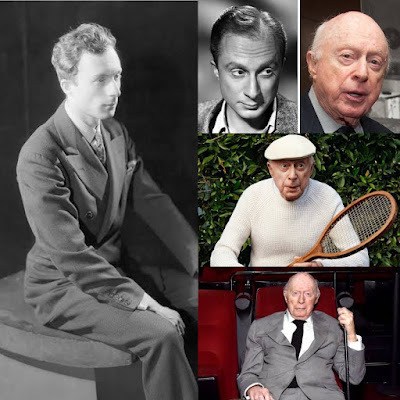 Photo montage of Norman Lloyd at different ages in his long life with illustrious career
Speaking of elderly performers, actor and producer Norman Lloyd (pictured in a photo montage above) is still alive at age 106 (!). I remember him form his St. Elsewhere role. Even at 51, Norman Lloyd is still more than twice my age.
And with that, I am ending this particular entry. I would like to post my strongly political-themed entry after this one, except part of me really just wants to avoid any such entries until I have moved -- at which time, I may be in a different and frame of mind and not want to post them any longer. 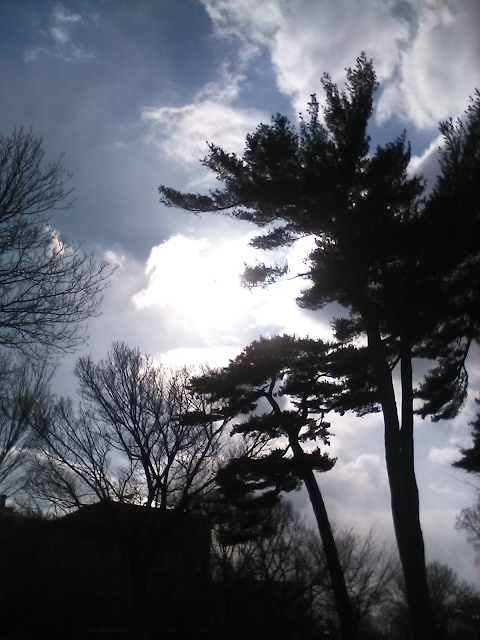 Above: The trees that grow on a patch of the National Mall bewteen what is technically the unit block of SW 14th and 15th Streets. I probably won't ever feature another image of what is a trio of what I think are white pines.
*******
Earlier today, I ventured over to the Washington Harbour area of Georgetown -- trekking through what is to me an intolerable, indeed, sociopathic sociopolitical culture in the time of the twin totalitarian fundamentalisms of WOKE politics and Covid hysteria -- but I ended up having a very nice solo outdoor dinner at Sequoia by the bar area. 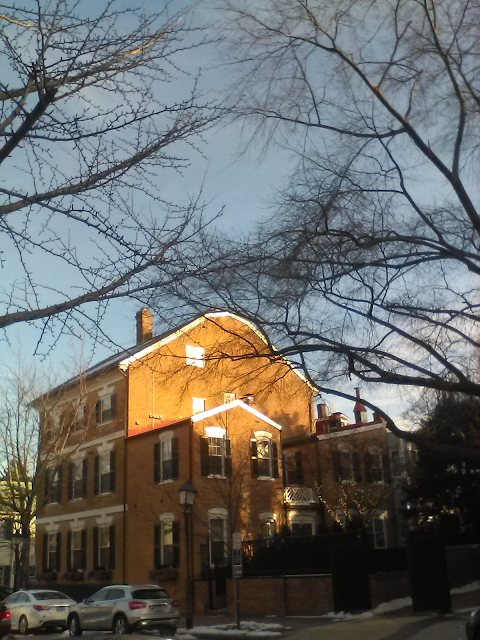 For tomorrow, as is my Sunday wont, I'm going to go down to Old Town Alexandria, to go to one or both of my usual places -- O'Connell's and Union Street Public House. And with that, I'm ending this entry.
--Regulus
Posted by Regulus at 10:51 PM