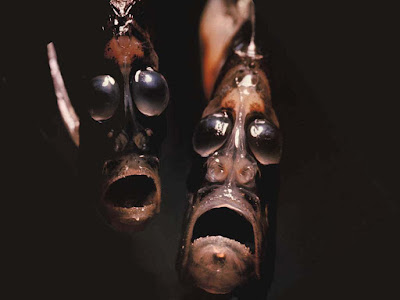 Something from a nightmare apparition: A pair of alien-looking, deep-sea hatchetfish dwelling in Planet Earth's oceanic "mesopelagic" zone. The deep sea creature images in this entry are partly taken from this site. 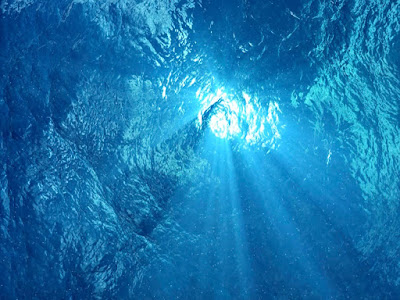 Apologies for lack of entries the last several days.
I've been tryin to finish a fucking entry for the past few days. But please understand that, as with all my entries, it is just takes so damn long to complete. This is why I am unable to continuously expend both the mental entry and the physical discomfort of remaining still for so long to complete an entry in a single sitting. 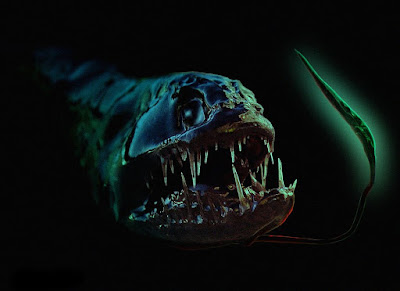 A deep-sea dragonfish or a barbeled dragonfish
The entry in question is a mixed weather and political-themed one. I will do my best to finish it tonight and post it sometime between 1 an 3 a.m. at home.
In the meantime, below is a slightly-revised comment I posted somewhere on RedState.com in the past week in one of its articles. (I'm not going to try to find which one ...) 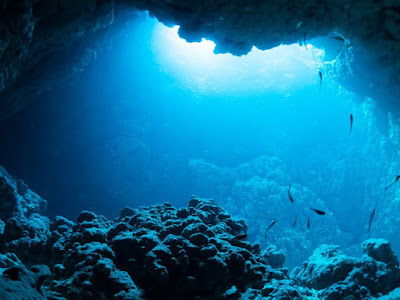 Look, everybody who is paying attention now and isn't infected by the virus of Critical Race Theory (i.e., woke asymptomatic) understands that the Illiberal Left's cultural juggernaut destroys and sucks the lifeforce out of everything. It is a nihilistic, thoroughly life-destroying -- yes, outright suicidal -- mindset that destroys both society and human relations. 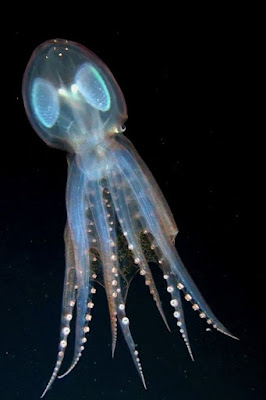 CRT-infused wokeism turns people into soulless, joyless, terrified, neutered, sterile, "virtual" zombies living mole-like existences, unable to function as human beings in society, much less in a sunlit natural world. Adding in Big Media's endless, screeching Covid hysterical horseshit is an accelerant.
As an analogy, picture those creatures of the deep ocean abyss -- bizarre, translucent, terrifying and/or fantastical-looking -- living in the pitch blackness of frigid waters and crushing pressures.
"Get woke, go broke" is true in a most general way not just because you're seriously turning off the non-woke, who flee in droves, but because becoming woke means setting forth on an inexorable cultural and social suicide. Yes, ultimately, it is a suicidal mindset. 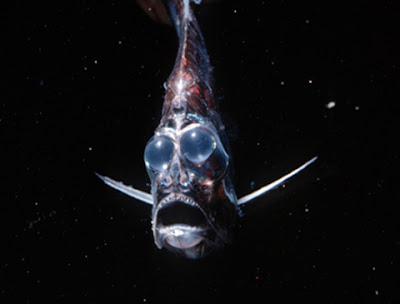 Another deep-sea hatchetfish
Long term, of course, this is quite unsustainable, but it can cause massive destruction to American society along the way. And the fact is that stateless corporate oligarchy -- which has no real use for Americans insofar as the EU, China, India, Indonesia, and longer-term, sub-Saharan Africa are bigger and more robust markets -- loves woke ideology because people are so zombie-like and endlessly at war with ("cancelling") each other over words and ideas rather than who has all the power and money.
It's a dangerous, dystopian reality we are in, half Orwell, half Huxley, with a mix of that THX 1138 movie. 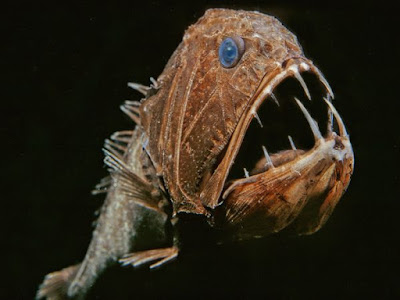 A fangtooth of the super-deep abyssopelagic zone
The only area deeper than the abyssopelagic zone is the hadopelagic (or hadal) zone of the narrow and ultra-deep oceanic trenches 20,000 to 36,000 feet deep -- that is, Mariana Trench / Challenger Deep levels.

Speaking of Red State.com -- and the fact that I'm moving to South Florida next month and getting the fuck out of D.C. and its WOOK suffocating, Branch Covidian cultic, all around life-annihilating socioculturally and economically suicidal self -- read this article [link embedded]: Ron DeSantis Goes Beast Mode on Joe Biden's Hypocrisy. 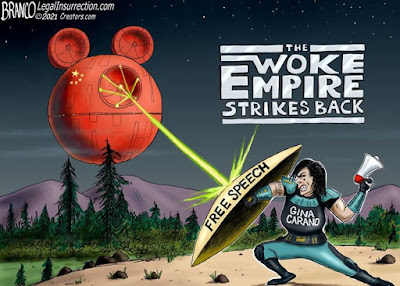 Below are two quotes from the original Daily Wire article to include comments on both the Blue State / Blue City ongoing abomination-catastrophe of endlessly closed in-person schools for the sake of degenerate public teachers unions "demands" for full pay with no actual work because of the non-existent threat posed to people who shouldn't, at this point, even be teachers from students. 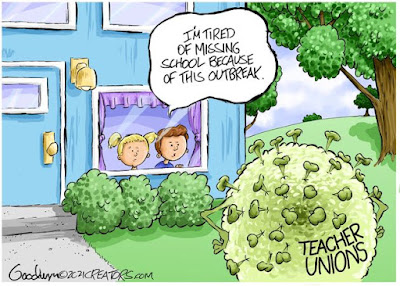 It also includes comments on, as well on Senile Joe's garbage leftwing regime's garbage fire-unconstitutional attempts (which are forthcoming, almost guaranteed) via DOT Sec'y Gay Pete Bootygig to "require" Covid tests before people can travel domestically between states on commercial jets and, I would imagine, trains.
All of this is to punish Florida, of course, precisely because the state is HAPPILY and SUCCESSFULLY not following the Left's Branch Covidian terror-mongering, totally totalitarian script. 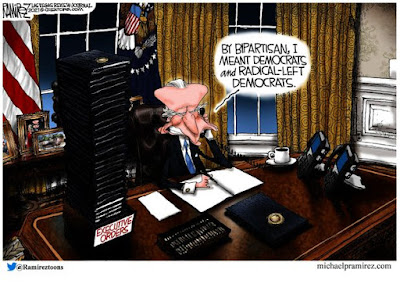 “Florida schools have been open the whole school year,” DeSantis said. “Every parent in Florida has the right to send their child to in-person instruction, every worker has a right to work and earn a living and put food on the table, and every business has a right to operate.” 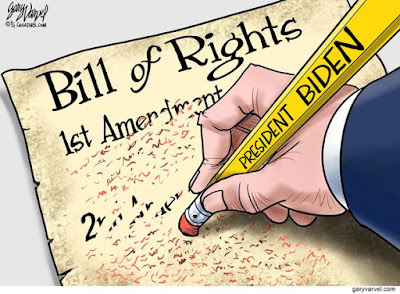 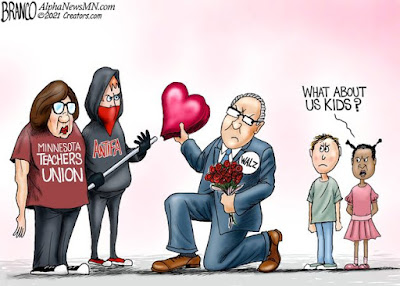 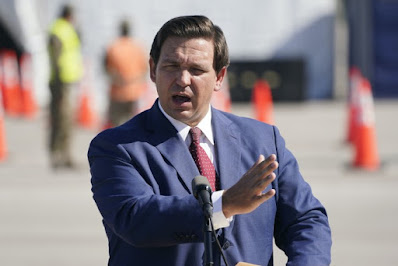 “So, he’s opening the border. He’s letting illegals pour in. They’re not doing any COVID tests. They’re just coming into the communities,” DeSantis said. “We have no idea what type of COVID or other things [they] may be carrying, but yet he wants to potentially make you take a test if you just get on an airplane and fly from one American city to the next, or he wants to prevent travel to the state of Florida?”
Yes, that's exactly what this vile Biden regime of Neo-Bolsheviks and Branch Covidian Karens want. 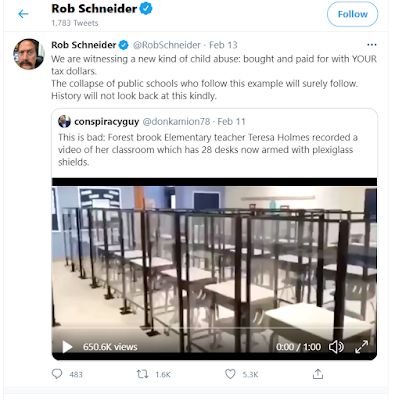 Above: A tweet screenshot showing the lunacy of the public teachers unions in one of its mentally diseased "responses" to Covid, specifically, how it thinks a "safe" in-person school reopening should look. Of course, that homicidal harridan who heads the CDC is busy "explaining" to idiot Jake Tapper why this is the correct "response." 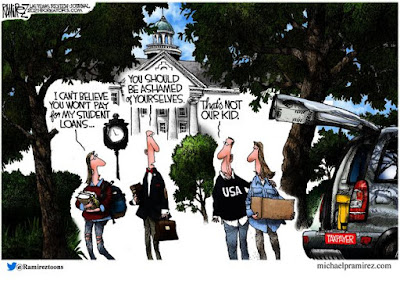 As it is, Rob Schneider is correct in this tweet: A public school system in whatever local jurisdiction will quickly collapse if this is how the teachers unions think a "new normal" reopening.
Like the rest of the WOKE Illiberal Authoritarian-Loving, "Please Make Us Serfs!" Left, the American public school system is in the process of committing suicide anyway, to be replaced by a myriad of different and better systems. 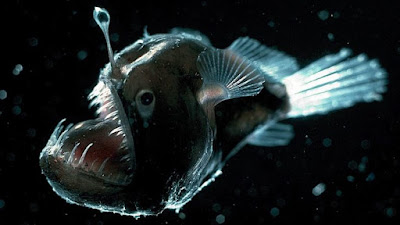 OK, that's all for now. I'm going to try to post that other damn entry later tonight.
--Regulus
Posted by Regulus at 8:48 PM