France Fights Islamo-Leftism: Some Thoughts On Why European Countries Are Resisting the Socio-Cultural and Human Destruction Wrought by the American Virus of CRT-Infused Wokeism While the U.S., In Its Present Form, Is Probably Doomed 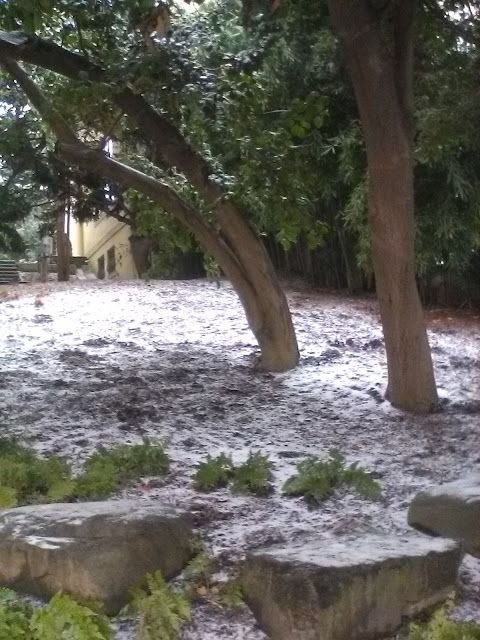 A sleet coating on the ground by the "Spanish Steps" at the dead end of the 1700 block of 22nd St NW, Washington, D.C., 4:06 p.m., Feb 13, 2021
The steps are technically called Decatur Terrace and are in the Sheridan-Kalorama Historic District.
The images in this entry were taken on Feb 13th (two Saturday ago) when the region had a sleety/icy weather event that wasn't as disruptive as was initially feared. Interestingly, snowfall totals were 0.2 inches at each of the three airport stations, KDCA, KBWI, and KIAD. 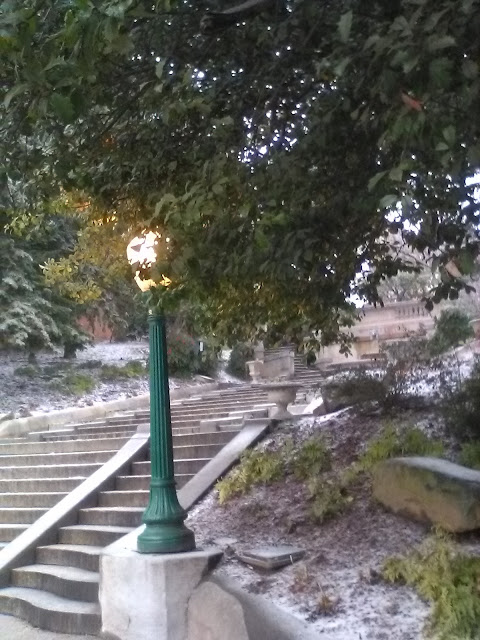 The images were all taken just outside my apartment in this part of D.C., an apartment I am soon to vacate as I move down to Miami Beach next month. I also got an early dinner at La Tomate. I am not captioning the pictures except the lead and last ones, although the file names contain place / time information.
******* 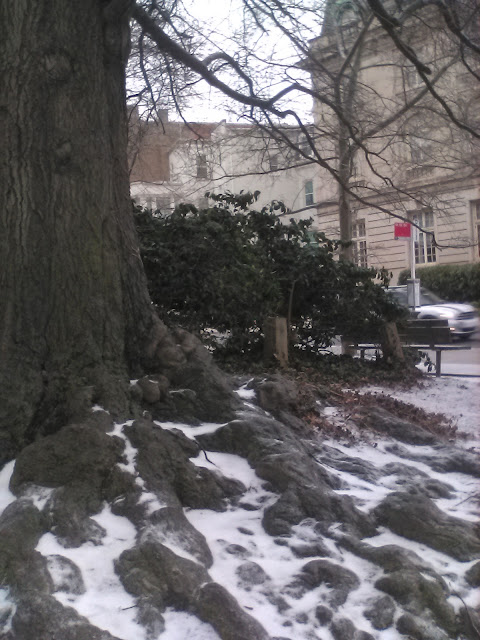 Below is linked an interesting article on RedState.com about the French Government's increasing fear and efforts to curtail the Critical Race Theory-infused virus of WOKEISM that was created in its reverse racist and feudal Frankensteinian form in the United States but that has spread to both the UK and European continent. 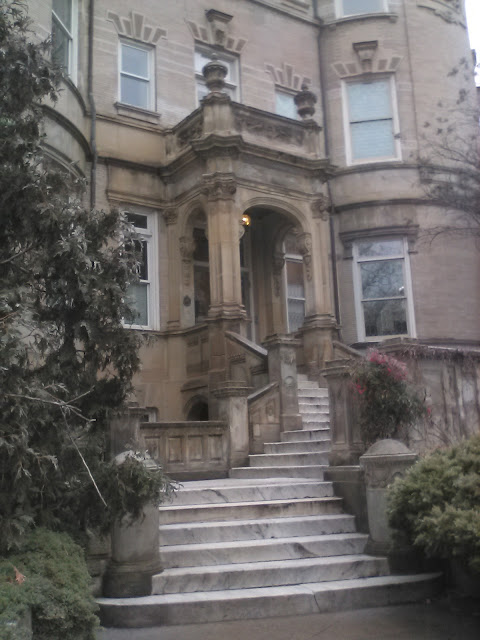 French Government Launches an Investigation, Blames America for 'Islamo-Leftist' Influence Over Its Universities
This Cultural Marxist pathogen is especially acute in the UK, but France has not been immune to it and the French President Emmanuel Macron himself has let it be known that his country will resist this dangerous garbage. 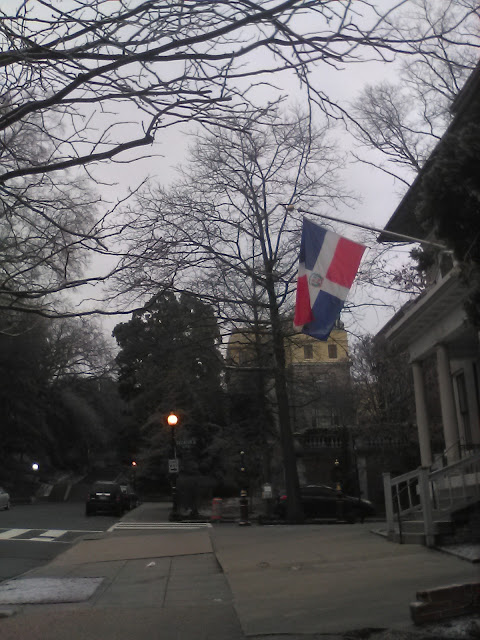 In the U.S., the Illiberal Left -- deeply racist, hateful, mass psychotic, and now beyond authoritarian and into outright totalitarian through both its systemic efforts at cultural annihilation and Orwellian policing of language and thoughts -- is running amok thanks to the seemingly unstoppable combination of Big Tech, Corporate Oligarchy, and Big Academia all violently amplified by the Borg-like Mass Cultural Media / Entertainment Complex juggernaut and the Democrat Party.
The suffocating fixation on assorted "biomarker" identities, real and imagined to include the Alice-in-Wonderland array of genders represent the Left's wholesale attempt at the destruction of any semblance of what it means to be a human being. By this, I mean a human as an individual in all his or her (or lack of a better term) "quantum foam" complexity and contradictions but with a fundamental primacy of inalienable rights -- the very Western concept of a person. 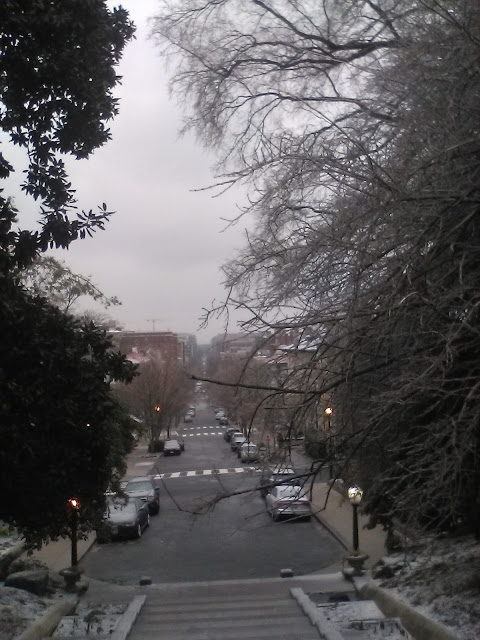 All Marxist movements throughout history use some form of liberation theology involvoing any economic, social, or cultural grievance, real or imagined. America's Khmer Rouge uses the liberation theology of reverse racism, language control, and thought policing by the very Big Media itself. This is epitomized in the New York Times, the "paper of record," by dangerous malevolencies such as Taylor Lorenz.
Yes, pretty young females euphemistically called "journalists" are today the Cancel Culture shocktroops of the larger Thought Police army. More generally, electronic Big Media -- MSNBC, CNN -- plus Big Tech social media supra-state leviathans are the instruments of this control. 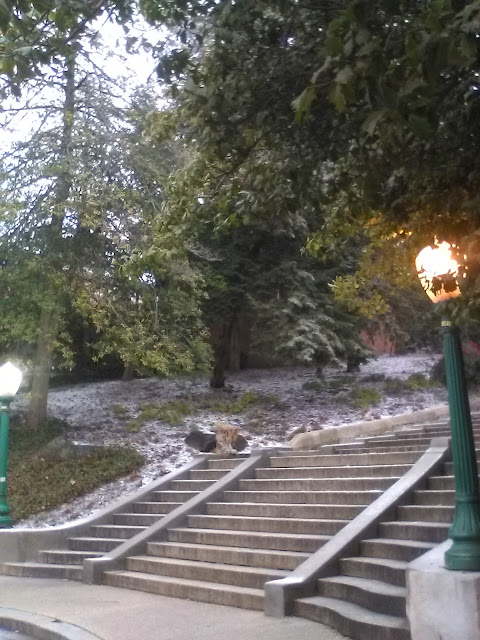 As for France's resistance to this, in one sense, it really isn't that surprising. Many European countries reflexively fight to protect their cultural identity. You see it in Germany, Denmark / Scandinavian countries, France, and even to some extent in the UK (although, again, Great Britain has been badly infected with the American woke virus). Keep in mind some of these countries prohibit wearing full Muslim garb in public.
You also see it in the strongly nationalist mindsets and political parties in countries such as Poland, Hungary, and the Balkans.
The reason, I would assert, is that these countries are just: Old countries (sometimes 1,000+ years or older) that even in the early 21 Century are based on all the traditional markers of a country in terms of ethnic make up, shared culture, sociology, etc. And for whatever the drawbacks of a potentially heavy-handed nationalism, it does keep a society more or less cohesive, unlike the United States of America with its rapidly fraying culture and disintegrating institutions. 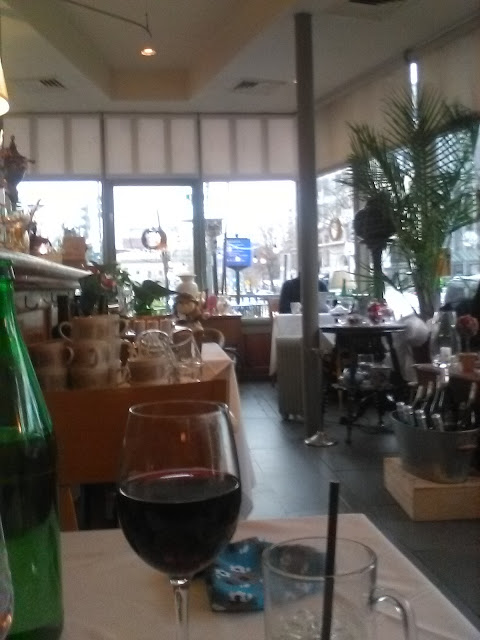 But any attempt at keeping a nation cohesive socioculturally is utterly anathema to the hardcore Maoist Cultural Marxists of the illiberal, authoritarian American Left, which seeks to destroy all nation-states and replace it with its high-tech totalitarian yet racist-feudal supra-state.
Yes, in the end, America's sprawling, diffuse, and decentralized society in which the crazy notions that Mass Man would forever be on an upward trajectory of economic prosperity and classically liberal enlightenment may be its undoing. Entering into this ultra-open society yet a multiethnic empire with a psychotic relationship to racial identity entiers the virulent virus of CRT-infused wokeism to destroy it in the next two decades or so.
And, no, I don't have a good solution for this, though. 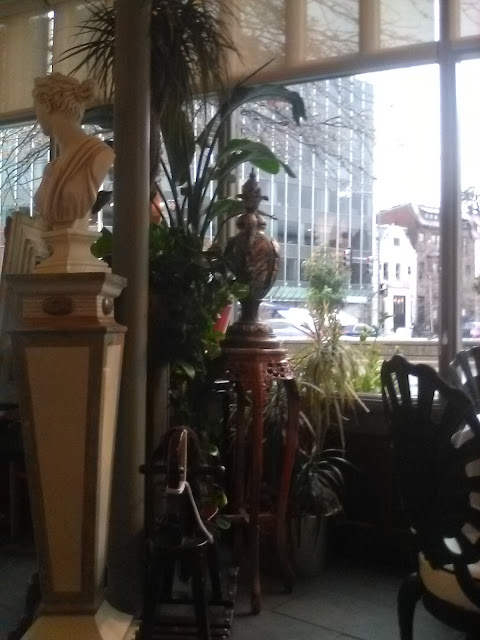 But make no mistake: The CRT virus and its little RNA strands of extreme wokeism essentially annihilate society's social bonds and creates a highly self-destructive mass psychosis and suicide. Ultimately, people don't even identity as humans beings anymore, just a collection of weird biomarkers, real and made up, locked in a zero-sum war against others.
As weird as it sounds, there is more than a passing similarity between extreme wokeism and Islamic fundamentalism. So France's concern over what would have once seemed an oxymoron -- Islamo-Leftism -- is actually quite a legitimate worry. 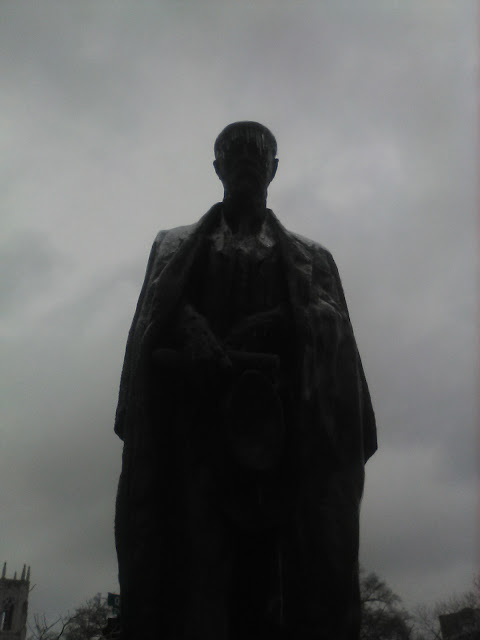 The statue of Tomáš Garrigue Masaryk, the founding President of the former country of Czechoslovakia, Washington, D.C., 5:22 p.m., Feb 13, 2021
This statue is in the tiny triangular "park" patch formed by the intersection of Massachusetts Ave and Q and 22nd Streets NW that is directly outside my apartment building. I figured I should reference it and include a picture of it at least once in the time that I live here.
--Regulus
Posted by Regulus at 2:07 PM