A Brief Non-Update Interspersed with Powerfully Beautiful Pictures From the (Near-DC Antipodal) Edge of the World and Overhead Images of Bright, Weird Rectilinear Nodes on the "No Tree" Plain 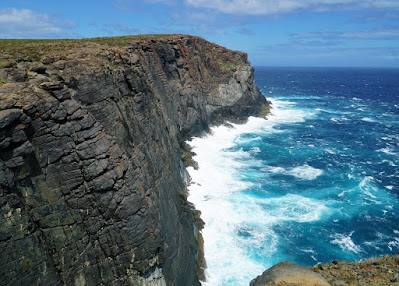 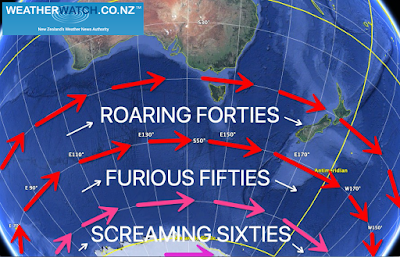 The land beyond that bright horizon, across the Roaring 40s, the Furious 50s, and the Screaming (or Shrieking) 60s latitude belts is the frozen and otherworldly continent itself, Antarctica. Tens of millions of years ago, Australia and Antarctica were connected in what was a profoundly ecologically and climatically different world. 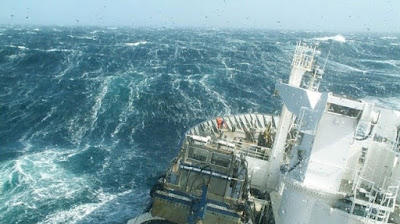 If I had a "bucket list," doing an Austral summer adventure cruise from far southern South America to the Antarctic Peninsula across the Drake Passage and three latitude belts is definitely on it. 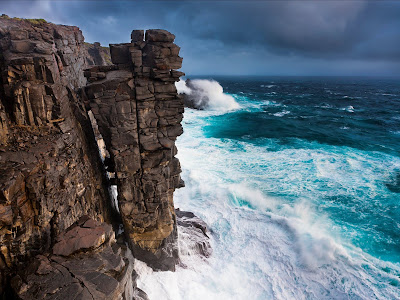 I estimate that West Cape Howe is about 900 miles (1450 km) from the antipodal point of Washington, D.C., which itself is located about 750 miles (1200 km) east of Augusta, Western Australia (see here). For context, Augusta is about 200 miles south of Perth (no, not Amboy). 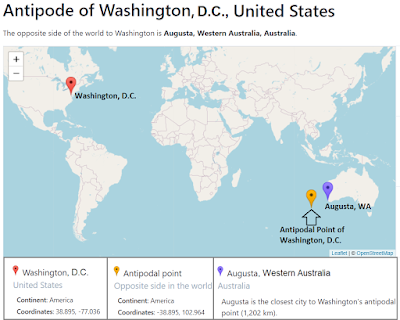 *******
Well, I was going to post a new entry tonight -- or rather, finish an existing one -- but I'm having some computer issues tonight, specifically, with my Microsoft Edge and why it keeps crashing. (I typically use Edge for blogging.) 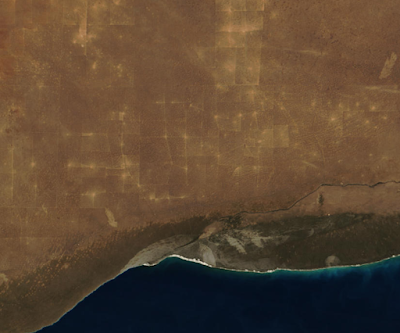 Above: A NASA Terra satellite image from 2002 of the weird grid-like rectilinear lines and (~three dozen?) bright spot "nodes" on the Nullarbor ("No Tree") Plain of Southern and Western Australia. Above: Google's satellite view of the same quasi-rectilinear lines and bright spot nodes. I think there are limestone deposits that are creating the brightness of the spots. But I could be wrong. 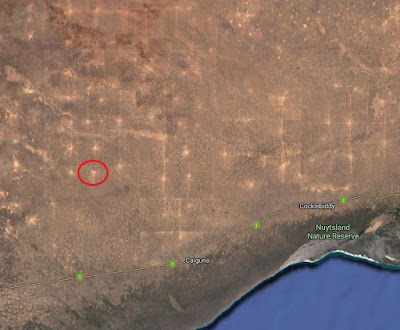 If you zoom all the way in on these spots, nothing really shows up -- just bright mounds with radial markings, although some appear to have weird artificial pools in them. To show this, above is a reposting of the image from directly above it but with one spot marked.
And now, if you zoom in ... 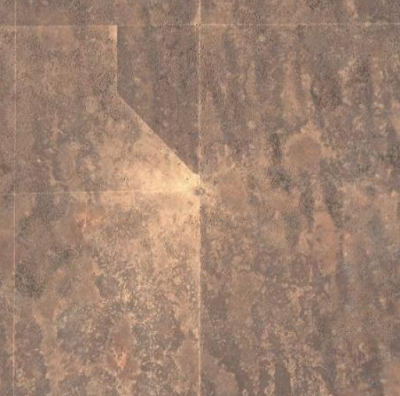 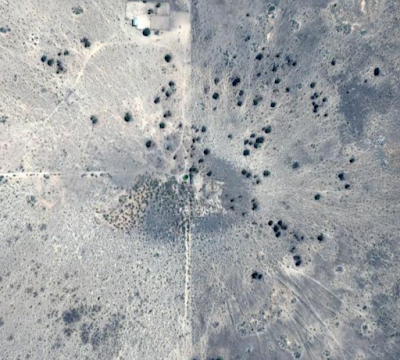 Above: Zoom 3
There are these dry dirt / sand roads that connect the spots, more or less in rectilinear fashion, except there are also sometimes -- as in the case above -- diagonal ones, and the "nodes" are not always at the actual meeting points of these crisscrossing paths. 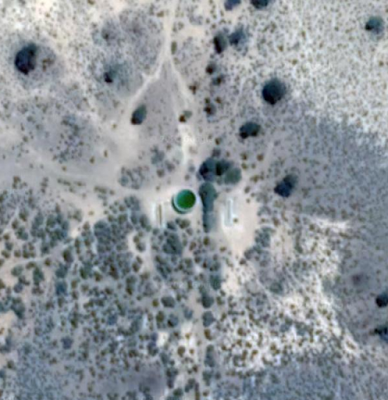 Maximum zoom with a open tank and some other manmade objects on other side along with arid scrub brush.
*******
I tried to resolve the issue with a general update and clearing all cached items, but that hasn't worked, and I need to ask for formal IT assistance, which I never like having to do because it could always open up a Pandora's Box.
But given my impending move (to Miami Beach!), I really don't want any work computer-related issues. Instead, I'll just watch my old late night TV shows and sitcoms. 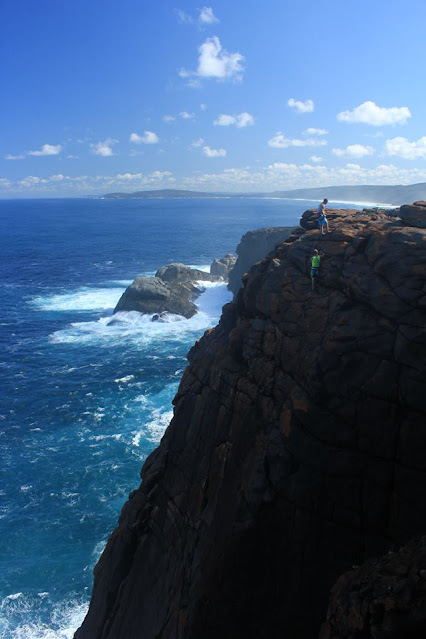 Another dramatic view of the Edge of the World: The rugged cliffs of West Cape Howe above the Southern Ocean
About a blog entry, I was going to update with the record frigid weather -- in some cases, the coldest temperatures in 70 to 100 years -- and, as a result of the frozen and/ or iced up windmills wind turbines, massive and (given the cold) potentially lethal power outages across Texas. Needless to say, in the current political climate, you can imagine how politically charged this is.
I was also going to write about the chance of a significant snow event here tomorrow night into early Friday. 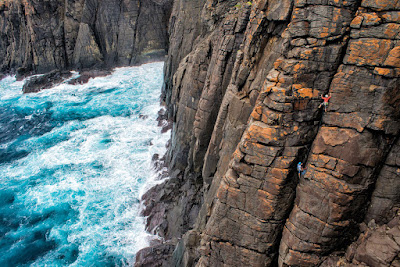 Above: The powerfully rugged cliffs of West Cape Howe and the Southern Ocean. If you look closely, you can see (center right) two rock climbers scaling the cliff.
*******
Instead, I'm just going to log off for now.
--Regulus
Posted by Regulus at 3:38 AM