"She had the NERVE to call us WITCHES!!" "And she was RIGHT! You three UGLY witches! And ya married ya husbands and turned em into FROGS!" 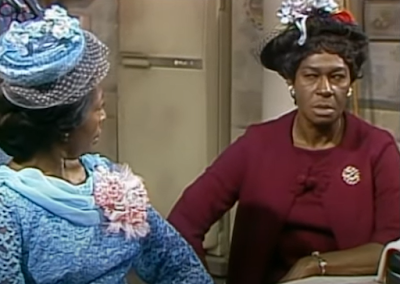 LaWanda Page-as-Aunt Esther with her awesomely fearsome side-eye and Lynn Hamilton as Donna Harris.
Of note, Lynn Hamilton is still alive, age 90. And, no, she is not LaWanda Page's sister. So said Demond Wilson himself. Instead, it appears to be the case that Page just happened to have a sister with that name.
*******
OK, I have this backlog of three or four entries that I want to post between now and the end of next week before I post the big Three's Company one and keep it as the lead for a week.

In the meantime, I'd like post the above clip from the Sanford & Son episode "The Engagement." Why? Because it's frickin' hilarious.
First aired Nov 9, 1973 (just 2-1/2 weeks before my 4th birthday), the IMDb summary is as good as any: Fred and Donna are to be married on Sunday, but Lamont plots to put them asunder before the Lord joins them together by inviting to the wedding his Aunt Esther and the rest of Fred's irascible in-laws. 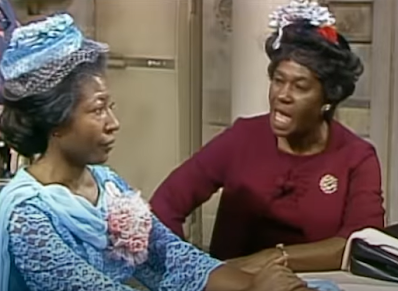 "Are you REALLY a nurse?? Or do you just SAY you a nurse and all yo patients are HEATHENS!!"
"Why doncha get married in a church??" ... "Well, you remembah to tell that to the LORD!"
My favorite lines are the subject heading of this entry (see below). 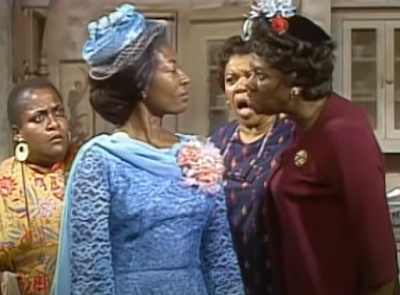 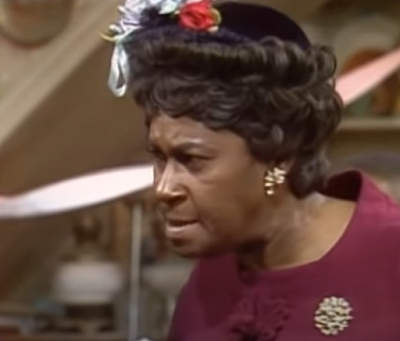 "She had the NERVE to call us WITCHES!!" 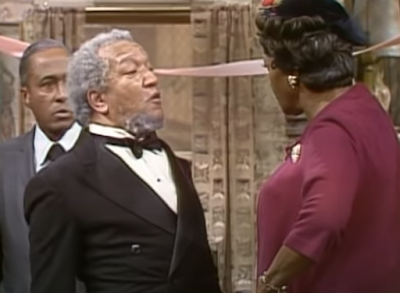 "AND SHE WAS RIGHT! You THREE UGLY WITCHES!! And ya married ya husbands and turned 'em into FROGS!!"
Just fyi, it was this line combined with the "buccal-pumping" phrase that I got from Gary that is why I say that women marry their husbands and turn them into buccal-pumping frogs on suburban lily pads. 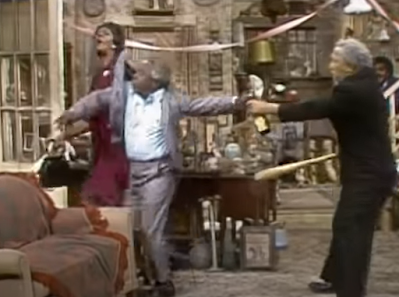 "AND TAKE THIS WINO OUTTA HERE WICHYA!!" "COME ON, WOODROW!!"
This is the only episode in which one-time Vaudevillian performer, DeForest Covan, played Aunt Esther's husband, Woody. For the rest of the series, it was Raymond Allen, who also played Ned the Wino on Good Times. Of note, Raymond Allen died just his past August at age 91. (The article states the cause of death as a respiratory illness, but it doesn't say Covid.)
OK, that's all for now. I intend to post another entry later tonight. Right now, I'm heading to an outdoor meeting at Sequoia in G'town with Andrea and Imara and perhaps Gary.
--Regulus
Posted by Regulus at 4:08 PM