Saturday Afternoon Update: An Overview of My Traffic Jam of Planned Blog Postings Plus Some Pics of the Militarization of Washington, D.C. -OR- The Apotheosis of Illiberal Dystopia 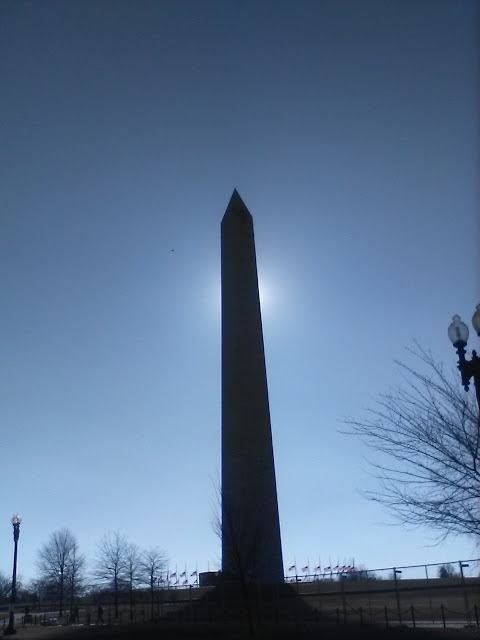 Washington Monument silhouetted by the low-angled afternoon winter Sun behind it, 2:14 p.m., January 12, 2021
This entry contains a dozen pictures showing aspects of the current militarization of the monumental core of Washington, D.C. 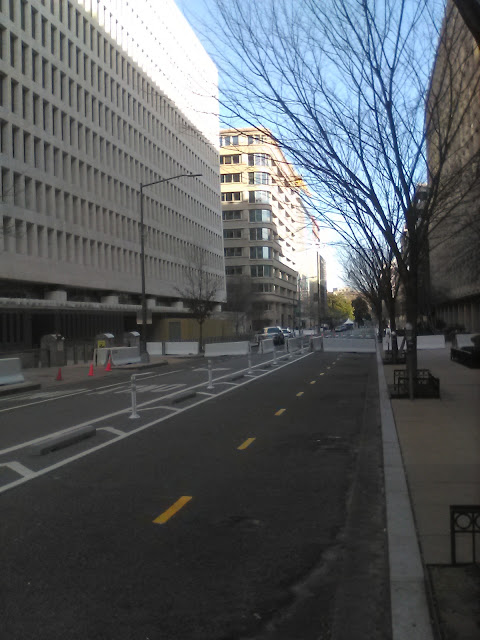 I took these pictures on walks into the office on Jan 12 (Tuesday) and Jan 14 (Thursday). Except for the lead one, I am not captioning them, but the file names contain some additional place / time info.
*******
Saturday early afternoon.
It's a dull, flat middle January day of not note: Partly cloudy, cool (though hardly cold) with temps around 47F. There was a frontal passage last night with about 0.15 to 0.20 inches of rain. There isn't a sign of anything resembling "snow" coming -- we may very well go through another winter with no snow.
I guess I should note that the gfs advertises a sort of polar vortex intrusion into parts of eastern North America late in the run time period -- around day 10. As for my upcoming Florida trip, it looks to be nice and warm with the 500-hPa 570 thickness line over South Florida. I think that translates into about 80F at the surface. 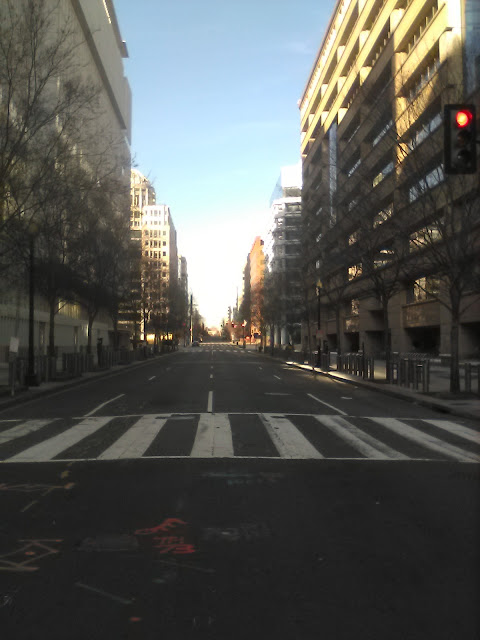 IAs a blogging update, at this point, I have a goddamn traffic jam of backed up entries I want to post ...
IThere is a massive entry featuring so many New Jersey childhood and related family photso -- nearly all of which I have previously posted in various entries over the years, but never in a single entry. It's a sort of autobiographical magnum opus. And while no one in the Universe may be interested, this happens to be my blog, and I want to write about it.
IWhether anyone reads it or not is irrelevant to me. 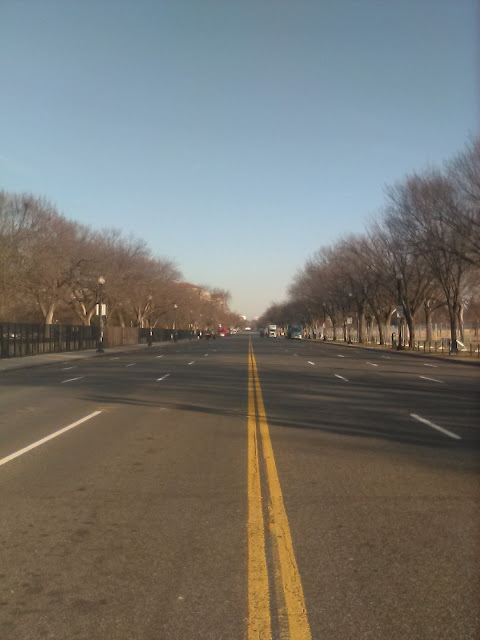 There is also the "part 2" of that entry involving the failed disaster that has been my D.C. life of the past 25 years that feels as though it is reaching some sort of apotheosis in this dark, dystopian, malevolently luantic time as embodied in the Trump-to-Biden "transition" with the full militarization of the monumental core and immediately adjacent downtown area of the city. 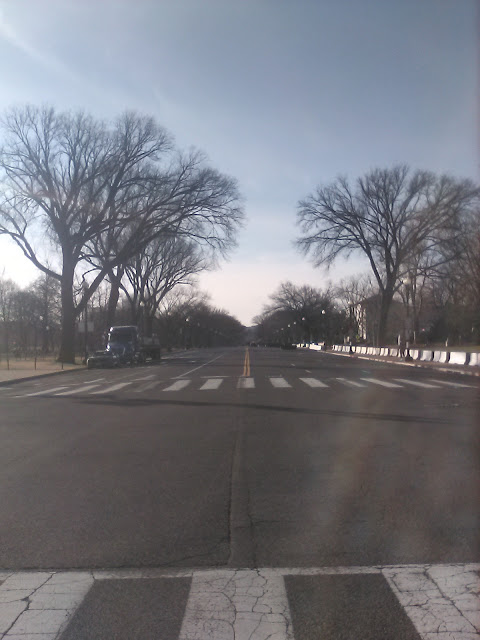 There are something, like, 25,000 National Guard troops in D.C., some brandishing massive machine guns; all kinds of vehicles including, darkly ironically, snow plows, blocking streets; and a kind of cartoon caricature of chain-link fencing that is blocking almost the entire Nationa Mall greenway to 17th Street and lining all the main avenues.
I can still navigate a way on foot to L'Enfant Plaza, at least as of yesterday I could. And I don't see how all this just "goes away" after January 20th It looks semi-permanent and open-ended, like the Covid horseshit. 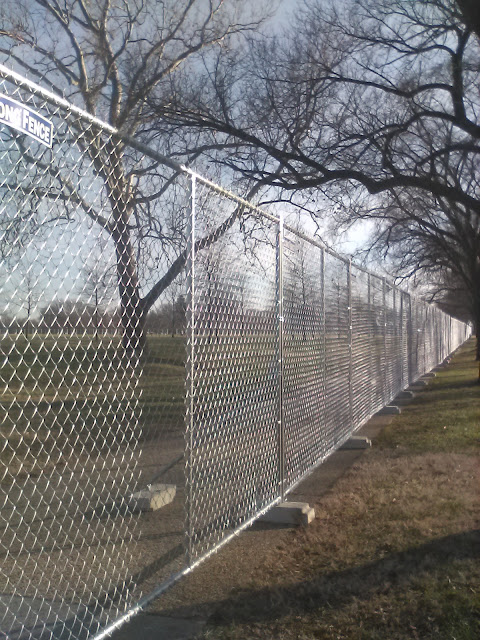 The "response" to the Capitol riot / melee on Jan 6th is far greater than the post-9/11 response and this is darly appropriate because, as Glenn Greenwald has written, as the Trump era ends and the notional Biden era -- i.e., the Kwanzaa Kamala 25th Amendment Presidency-in-Waiting -- begins with with its "DeTrumpification" Reign of Digital Terror "cleansing" of all WrongThink ideas and people, which actually means all ~75M Trump voters, who are now defined as "Domestic Terrorists." 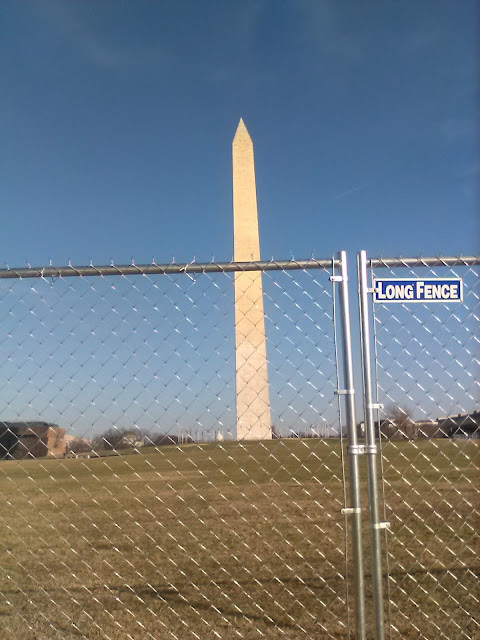 So, we are at the start of an open-ended "Domestic War on Terror" run by WOKE fundamentalists poisoned with Critical Race Theory garbage (i.e., the people who occupy what once had been the progressive-liberal tradition of America) and operationally instituted by Big Tech censorship /deplatforming and more general Chinese-style corporate authoritarian oligarchy.
It is being hystericalized (if that's not a word, it should be) by Big Media, which has in its weapon arsenal the open-ended Covid pseudo-pandmeic and the fact that about 85% of urban and suburban liberal Democrats are terrified Branch Covidian paranoiacs. What's more, as the militarization of Washington, D.C., shows, it is backed up by the full power of the Deep State / Washington Consensus Establishment.
I'd like to post this first (I haven't even composed the entry, though) because I don't want to corrupt my autobiographical magnum opus. 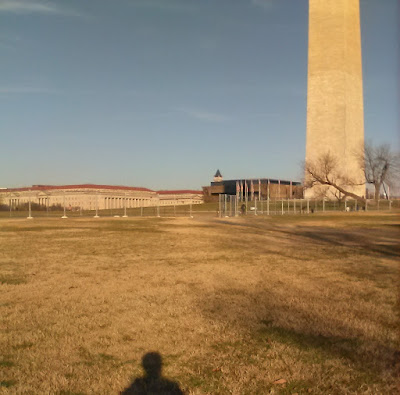 In terms of other entries in the traffic jam of my planned postings, there is a partially complete entry discussing Parts 1 and 2 of a YouTube-based Disculogic Post-Eternity metaphysical / cosmological videos on Poincare Recurrence and Boltzmann Brains in de Sitter space.
Finally, there is my giant Three's Company-themed entry that is ready to go -- except it doesn't make sense to post it until the start of February. By then, I will have returned from my desperately-needed vacation with Gary down to Deerfield Beach in the Non-Covid Insane State of Florida.
Also by then, Biden will have (finally) been inaugurated (it's taking forever for that to arrive -- and it is taking forever, paradoxically, even as the month flies by. 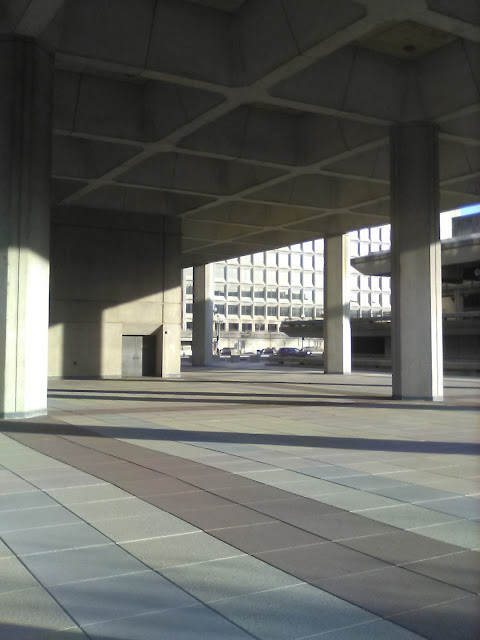 For today, I have to go into the office to finish up a monthly recurring progress report task. I'll walk down there and walk back.
Last night, as it was raining and late, I took the Metro from L'Enfant Plaza to Foggy Bottom, and it was kind of a weird but actually nice experience:
I got a 3000-series car, not the fucking horrid 7000-series with the garish industrial blue-white lights, the filthy urban American mass transit version of a sleek futuristic mass transit ride, and that automated retarded-sounding female voice forever berating you about wearing face diapers. (A separate automated female voice does that in the stations.) 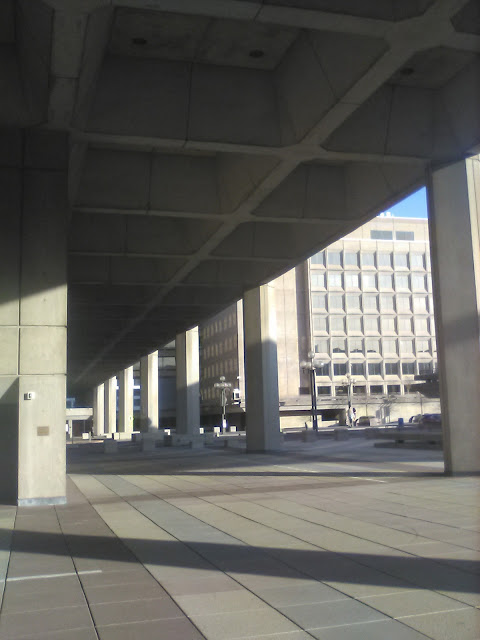 Also, thanks to the militarization of Washington, the only stations open were L'Enfant Plaza, Metro Center, and Foggy Bottom -- kinda wild in its way.
Now, I'm not entirely sure I'll get the "part 2" of my first pair of entries composed and much less posted first. I don't know. I may just do the New Jersey autobiographical one.
But I'll be home late tonight, missing part of the MeTV Super Sci-Fi lineup including the Svengoolie-hosted monster movie, though I've seen it before (The Creature from the Black Lagoon). 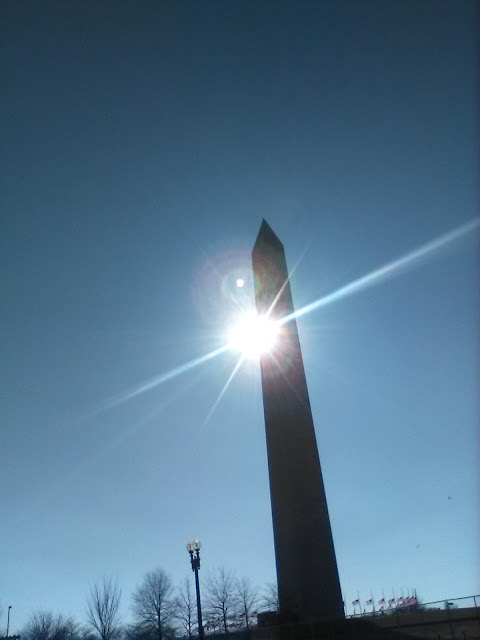 For tomorrow, I think I can still go to Old Town Alexandria to one of my trio of places and for indoor dining. I don't think Northam has put any new restrictions on that in place. The ones in D.C. were ostensibly supposed to expire yesterday (yeah, right, a totalitarian Illiberal Democrat pol is going to do that), but it was extended by one week as part of the all-purpose "emergency" in effect.
OK, I really need to wrap up this entry.
--Regulus
Posted by Regulus at 2:07 PM