OK, this is just to post my thoughts concerning yesterday's happenings at the U.S. Capitol here in D.C., but in the context of recent national events. And this is all I will say about it. 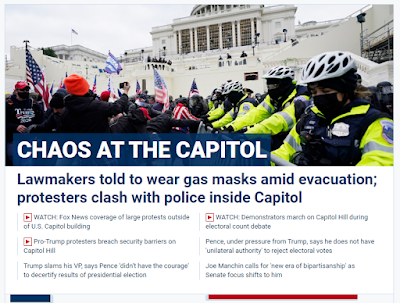 I was actually on the Mall as all of that erupted en route to my L'Enfant Plaza office. And based on what I saw, let me put this in terms that the CRT-crazed WOKE cultists and Branch Covidian religionists -- with their Big Media lunatic propagandists and Big Tech censors -- can understand from their own "Summer of Love" involving Antifa / BLM rioting, arson, endless "hot" civil war against the police, small businesses, and anyone who didn't mouth their slogans:

Yesterday was a mostly peaceful protest.
And, no, I'm not joking. I encountered a lot of ordinary people, families and friends, on my unlikely routed walk that brought me past many of them and not too far from the action, an action carried out by a small number of not-armed people and whose ability to get as far as they did seemed almost tacitly allowed by the Capitol police. 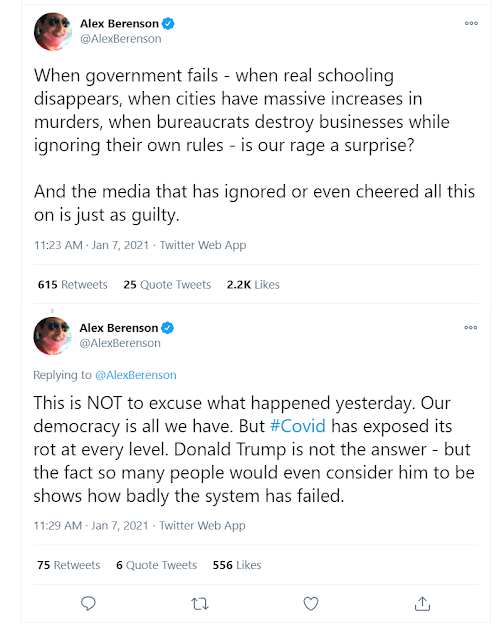 Whatever the case, I think the Alex Berenson pair of tweets above -- he both the spiritual and de facto political leader of Covid Team Reality -- summarize things well.

Let me just add: Irrespective of Big Media's "IT'S A CIVIL WAR!" predictable collective manic freak out and idiot Upchuck Schumer's "IT WAS ANOTHER PEARL HARBOR!!", please don't expect our side to be all meek-and-mild and looking for forgiveness and approval from those bad actors and their Democrat totalitarian-wannabe pols.

You engage in months of revolutionary culture war involving a brutal choke hold and "cancel culture" campaign of terror culture on a vast swath of the population ...

... then try to grab (yeah, I won't say the "S" word since that could get the blog shut down) a presidential election thanks to the helter-skelter, super-decentralized, disjointedly locally-run election that couldn't possibly be executed with any degree of integrity...
... In the context of the malevolency of so many urban local and even state Democrat election officials in the 2020 climate of pseudo-pandemic with its massive vote-by-mail ballotting, arbitrary changes to election laws, and gun-to-the-head threats of mass urban violence if things don't go their way ...

... Well, then, at the last moment as this whole whirlwind of dark, spinning madness comes to its "certification" head, don't be surprised that the side you're trying to smother and outright eradicate flips out. 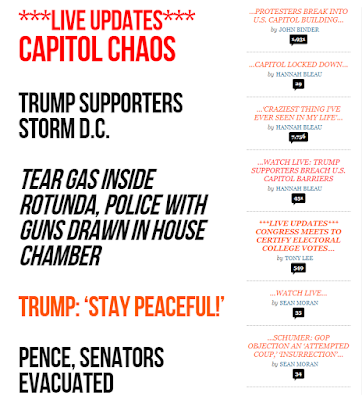 One minor personal item: It's actually a good thing that almost nobody reads this blog because if it attracted attention, it would probably be shutdown by Google. We are at a point in which the Big Tech titans essentially willy-nilly ban everything and WOKE Big Media cultists simply cheer that on. 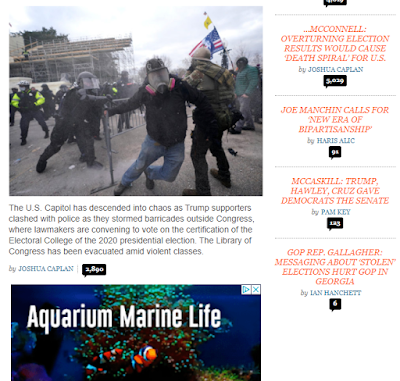 At the end of an extraordinary day, Pervy Joe Biden was certified the Electoral College winner of the U.S. presidency yesterday by Congress. For his part, President Trump has effectively been removed from office (he's already banned from Twitter).
Political sexual fantasies about second instant impeachment aside, the next 13 days just a pro forma holding action, unless Pence actually gets the Cabinet to remove Trump via 25th Amendment (a Pandora's Box you don't want to open, but which will soon be coming to bite Biden's old, withered ass courtesy Kwanzaa Kamala). 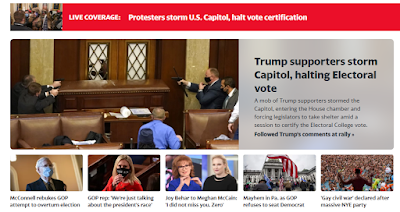 OK, that's all for now. I'm unsure if there will be another curfew tonight, but those things you can pretty much ignore in an urban environment. It was more the issue of having to vacate my office early. 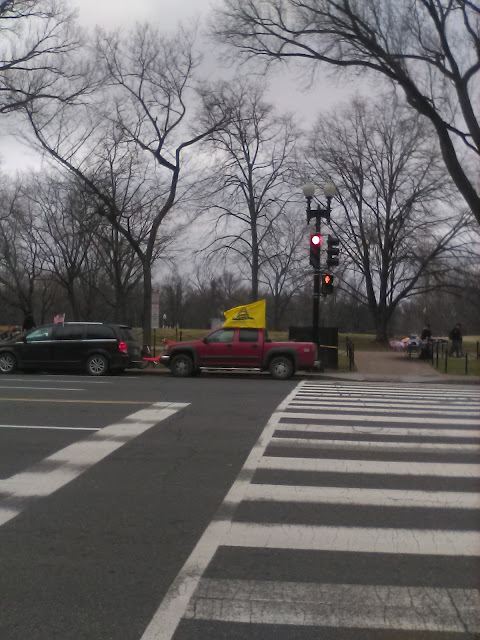 Always remember that Madam Mayor McCheese loves curfews in the way she loves open-ended Covidian-related lockdowns: It operationally entrenches her totalitarian power tendencies and does so despite her breath-taking venal incompetence.
And in the time of Covid, she and her fellow Democrat mayor and governor have discovered the open-ended, anything-goes "public health emergency" apparent loophole to the Constitution. 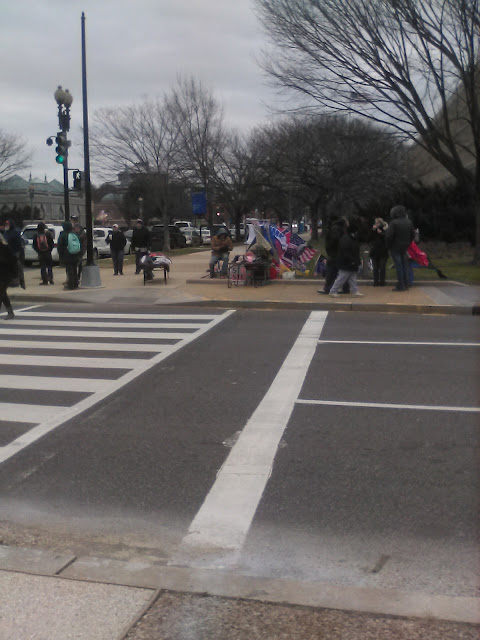 This is all I'm going to write about yesterday's happenings. My next planned entry will either be later tonight or tomorrow.
--Regulus
Posted by Regulus at 1:20 PM

aside from that, mrs lincoln, how did you like the play?

Your historical reference-as-analogy works, but for the opposite reason as you think. At least that's how I see it ...