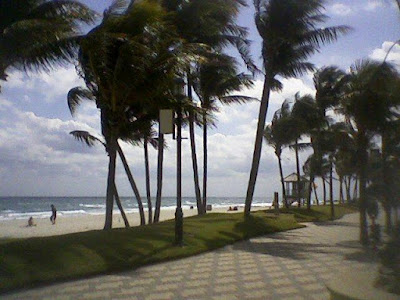 Deerfield Beach, Florida, along the shoreline, Feb 24, 2009
Basically, all of those palms are still here in Deerfield after 12 years. Funny, but that trip was at the dawn of the Obama era and now it is the "dawn" (likely to be quickly followed by his own personal sunset) of the Biden era, his then-VP.
*******
Down here in Deerfield, Beach, Florida and the fuck out of WOKE, Covid zombified D.C., a.k.a., the Republic CRT Karen and its notional Big Media / Big Tech Pesident Joe Biden, i.e., Lady Kamala of Kwanzaa in 25th Amendment Waiting, but over Doctor Jill's dead body. 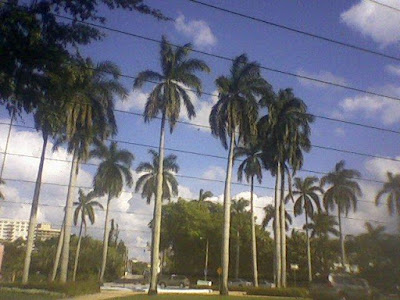 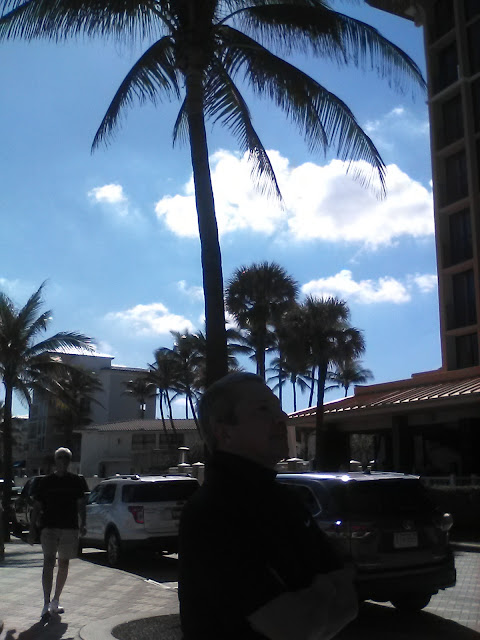 It turns out that I was in Deerfield Beach three times in 2009, not twice. I forgot the June 2009 visit. Also, I visited here back in September 2011. That visit was the last time I was here. (Note: I updated the Sept 2011 entry to get the title to fit on a single line, and I removed a stupid picture of a stupid person that most certainly didn't belong there.)
End of Update 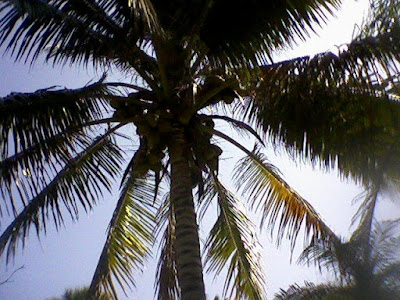 The former trip was with Gary, with whom I am again traveling, and Larry, one of about 20 people I can list with whom I am no longer friends. The latter trip was with my dad, who was already living about 170 miles up the Florida Atlantic coastline in Flagler Beach by that point.
I think that was my last time in Deerfield Beach. 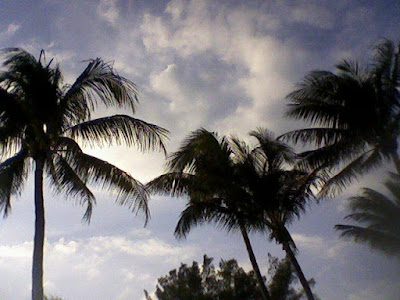 About my dad, today he turns 80 and, obviously, I need to call him. He's still doing fine.
I'm the one who looks like middle-aged nebbish, pudgy, useless hell, especially compared to my traveling companion.
Yes, often I loathe myself, or maybe I should say, I can't stand myself. 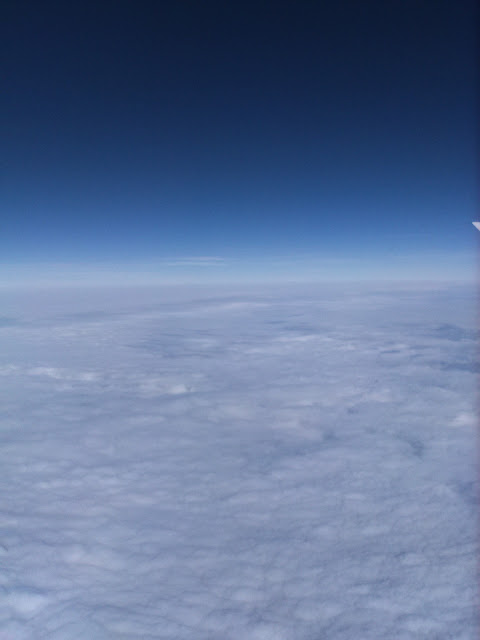 Above: Flying at cruising altitude looking toward eternity, on the flight between CLT and FLL somewhere off the coastline of northern Florida. The above picture and two below are ones I took yesterday.
I'm not going to comment about the travel down here from National Airport via Charlotte Douglas (where the "Douglas" seems to be in the process of being dropped, presumably because Kendi X. Ibram deemed Ben Elbert Douglas Sr. to be "systemically racist" or some such shit and Biden will sign an executive order to that effect too). 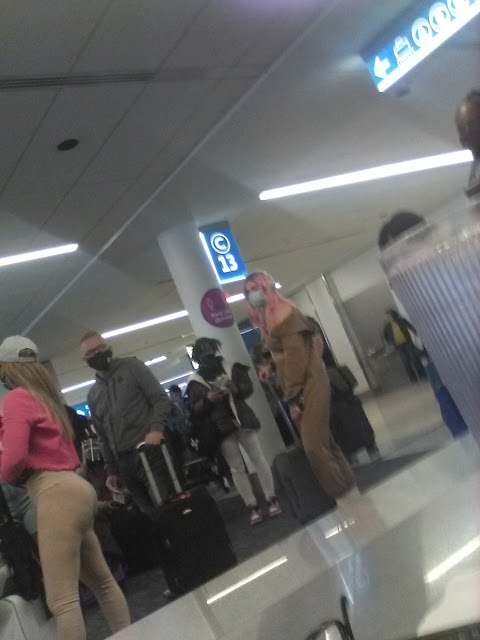 Flying is a horrible experience these days -- a sort of apotheosis of post-9/11 security theatre; low-rent ghetto but oh-so-corporate-WOKE flight attendants who basically do nothing now that no food or beverage serve is offered; Covid-1984 pseudo-pandemic health theatre with the mask shit; and just vast numbers of awful, slovenly dressed, piggish human beings flying with their deranged and retarded offspring. 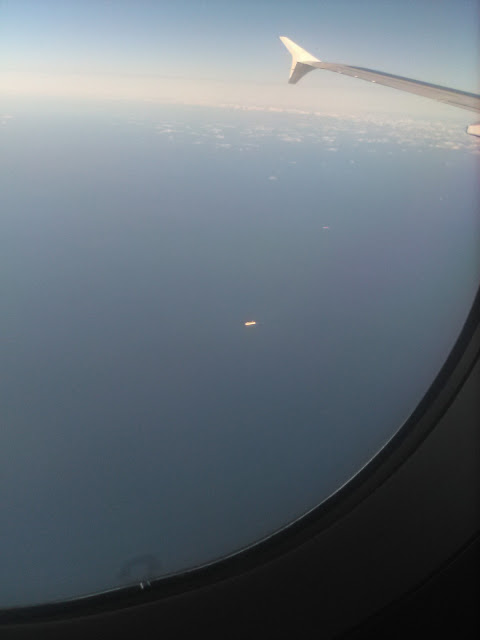 Descending toward the South Florida Atlantic coastline with a large cruise ship visible on the open ocean, 4:18 p.m., Jan 22, 2021
God, they really are ginormous floating casinos and raw sewage-spewing toilets, aren't they??
*******
The deeper into identity politics lunacy society dives -- and the ever-more "cancel culture" worthy are the Thought Crimes against this malevolency, the more stupid, failure-filled, mentally damaged, and all-arounda-incapable of actually living a healthy life become the lives of the citizenry. 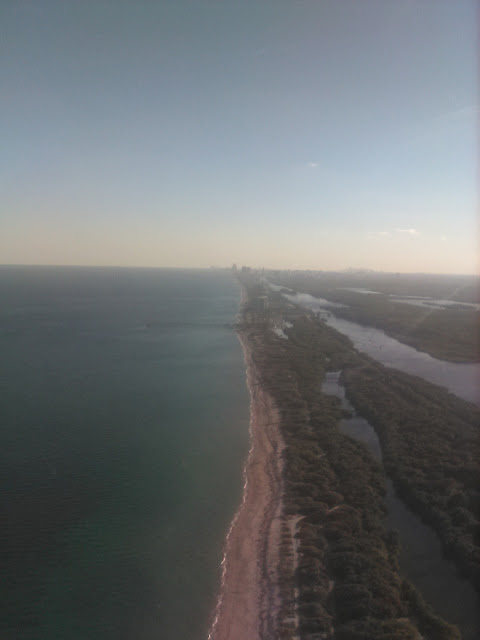 Crossing the Florida Atlantic coastline into FLL, 4:36 p.m., Jan 22, 2021; the buildings of Miami and Miami Beach are visible in the distance.
*******
About the Covid-1984 crap, obviously, things are much, much more open down here -- but there is still a lot of indoor mask-wearing, and at this point, I'm just so used to it that I often put it on whenever a server is serving me. 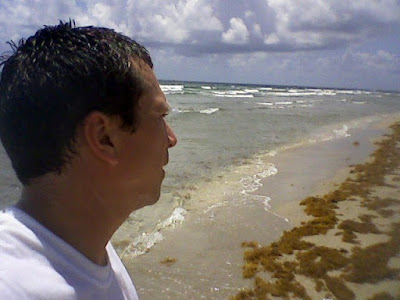 Above: This picture of myself here in Deerfield Beach on August 2, 2009 staring down the coastline (toward the Hillsboro Light) has always been one of my favorite of myself to the point that I would have this as an obituary picture. No, I don't look like that anymore. I look much worse.
*******
It was shockingly -- and refreshingly -- jumpin' down last night (Friday night) as we arrived with what appears to be half of New York City (and parts of New Jersey) here in Deerfield Beach and adjoining South Florida locales.
Well, it IS mid-winter and this IS South Florida -- and New York City is locked-down, shut-down, shit-kicked, and all-around Bill De Blasio post-apocalyptic, so there's that. 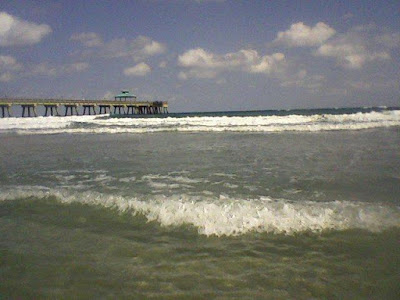 The weather today is trying to get to a more South Florida like with sunny skies, a few clouds, and temperatures climbing to about 78F. This followed an extended period of cool weather for this area but, again, it is mid-winter and there's a giant continent ot the north of this peninsula. 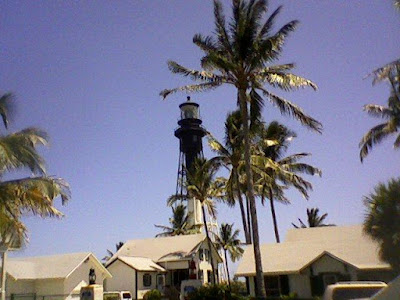 Last night, though cool, was still that quintessentially south Florida at night with the palm trees -- okay, palms, since palms aren't REALLY trees but tree-form monocots -- silhouetted on a vast, starry sky. The lights along the narrow thoroughfare parallelling the beach that is technically just NE 21st Avenue were out, possibly for nesting turtles. 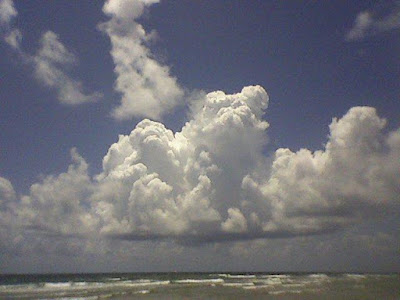 The whole effect powerfully calls to mind that notion I have of having lived in the 1940s and perhaps died in the South Pacific in World War II. More likely, it's just I'm remembering my paternal grandparents and their many trips to Florida in their 1930s - 1950s heyday when they came down here from New Jersey frequently. 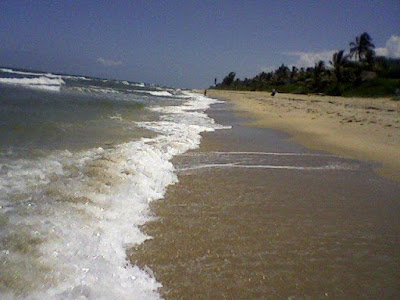 Oh, and in addition to Orion riding high -- Betelgeuse back to normal brightness -- and Sirius "searing" in its nightsky twinkle, low on the horizon to the south among the darkened palm fronds was the great star Canopus, not visible from shitty D.C.'s shitty latitude. 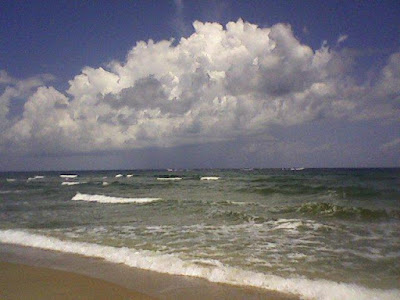 OK, signing off for now. I'll try to update the blog again at least one more time while here through late morning Tuesday.
--Regulus
Posted by Regulus at 12:21 PM