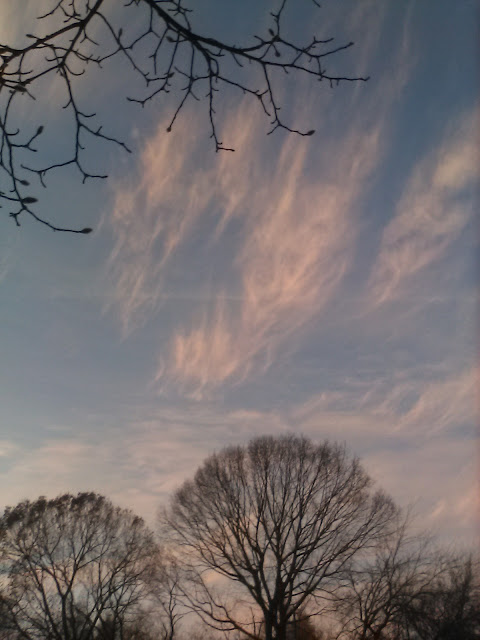 Trees and sky at dusk, 26th St and Pennsylvania Ave NW, Washington, D.C., 4:51 p.m., December 13, 2020
With the exception of one picture below, the outdoor images in this entry were taken earlier this evening as I walked back from a visit to Tony & Joe's in Georgetown. 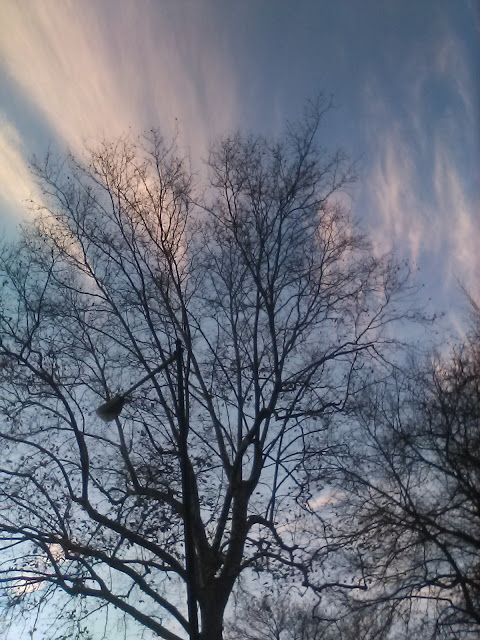 Just fyi, I've discovered a path between the Washington Harbour area in Georgetown and my apartment at 22nd and Q NW that provides maximum avoidance of the WOKE-crazed Branch Covid paranoiacs who infest D.C. and make it such a horrid place in 2020.
*******
Earlier today, Jake "Coca-Cola Head" Tapper (never mind) decided it would be have a wank-fest of an interview with Bill "Billionaire" Gates, a smarmy-faced, scummy, son-of-a-bitch oligarch who has made the world immeasurably worse thanks to the garbage inventions related to the personal computer and anything associated with Microsoft -- all part of the larger malevolence of the internet -- in the decades he has fouled our planet and our reality with his existence.
Here is the story on Townhall (link embedded): WATCH: Bill Gates Sips Beverage on CNN While Pushing Lockdowns on Small Businesses. 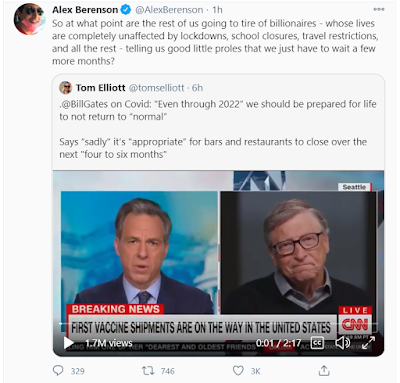 The indispensable Alex Berenson also tweeted about this noxious meeting of foul minds and in Gates' case, a thief of the original operating system idea.
Senator Ted Cruz had the best take on this garbage: "Leftists: a millionaire & a billionaire discuss how they think its “appropriate” to destroy & bankrupt small businesses across America. Tell you what...halt ALL salaries at CNN & Microsoft, stop paying Dem politicians & then let’s see if they think TWO MORE YEARS shutdown is OK." 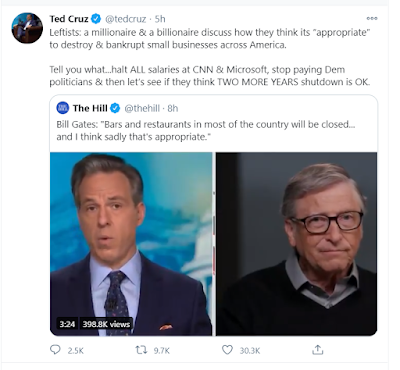 This all begs the question of why CNN put on this obscene wank-fest.

Much like the New York Times publishes and PMSNBC provides a constant stream of this garbage, Jake "Coca-Cola Head" Tapper did so because this is the WOKE-infused coke snorted up endlessly by upper middle class Millennials and those fucking annoying, never-go-away Baby Boomers in their Big, Blue city dystopian strongholds.
These are the ones who make up the Branch Covidian face diaper fetish cultists. And these are the groups who have completely and totally hijacked Big Media, Big Tech, Big Entertainment, and Big Academia -- i.e., all the bullhorn components of American mass culture -- and are leading the country to its Jonestown cultural suicide and dissolution. 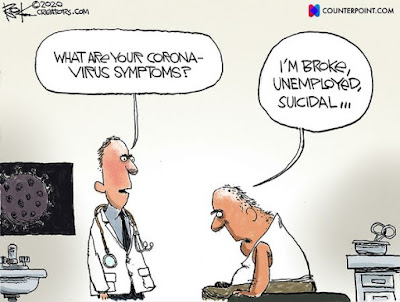 Yes, this fucking garbage will never end. As this AEIR piece by Michael Fumento asks (and answers): When Do We Start Coming out of the Covid-19 Mass Hysteria?
The answer, to be blunt: Never. And that means, all you WOKE helicoptering parents in "MoCo, MD," you'll be in your current LOCKDOWN mode with your offspring FOREVER, or until they're 21 and you're all quite insane and just incoherently babbling made-up "pronouns" and whose non-binary this or trans-gendered that. 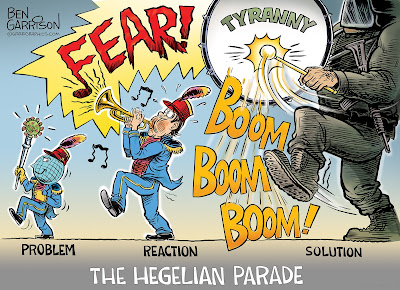 Quote:
The Covid-19 hysteria, scientifically called mass psychogenic illness, that began in March has yet to peak. And if some have it their way it will continue indefinitely, merely going, in medical terminology, from epidemic to endemic. That is, it will never fully go away no matter what. We apparently finally have some medicines that work with countless more being tested, doctors have gotten better at applying treatments, vaccines are being administered in what is by far record time, and yet the media and public health community onslaught shows absolutely no sign of abating. 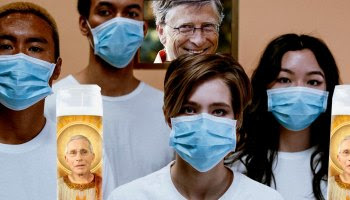 Anyway, back to the interview: Coca-Cola Head Tapper and Billionaire Bill had a circle-jerk in which we get to hear an Unctuous Dickhead "inteview" a Smarmy Ball Sack-Grabbing Oligarch in order to allow this Lorenzo de' Medici of PC World and self-styled Andrew Carnegie wannabe to pontificate on how small businesses and anyone else not in the approved group(s) should happily submit to our obliteration for the sake of a mostly bullshit media pandemic. 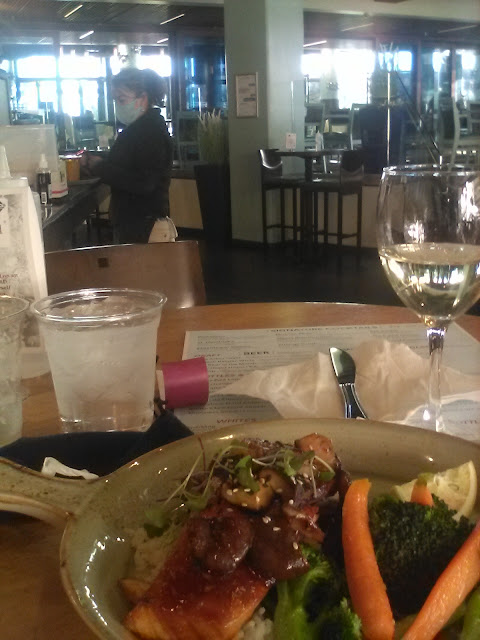 Above and below: Inside Tony & Joe's Restaurant earlier today. Of note, D.C. is set to go back starting tomorrow to into another horseshit Covid health theatre restriction in the form of 25% indoor restaurant capacity from the current 50%. All the WOKE Covid paranoiac Karens in D.C. are doing spontaneous nether region clapping over this stupid, pointless restriction. 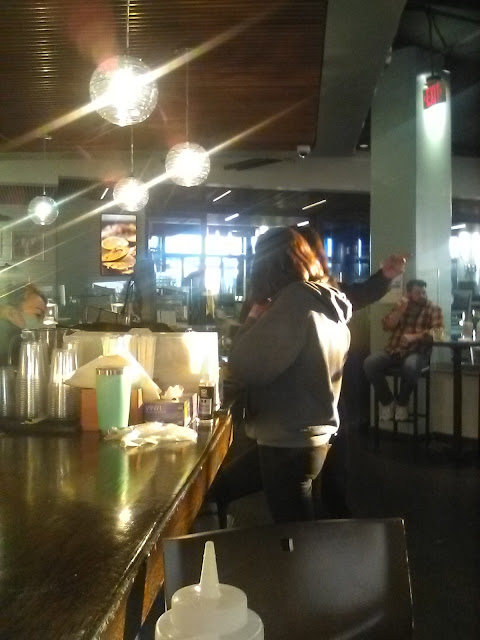 In a nutshell, the world that Big Media and the Gates/Bezos seek involves endless lockdowns from ever-shifting health emergency terror-mongering. 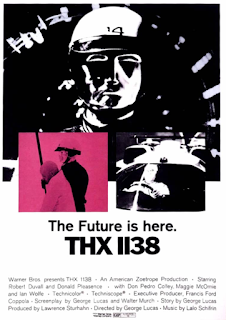 This will be married to a Culturally Marxist-riven consumerist-frenzied, Big Infotainment-addled culture with everyone a sort of gender-unspecified zombie zonked out on weed, pills, other drugs, and booze. And this will exist in the context of a THX-1138-like techno-dystopian society involving a panopticon-based systemic obliteration of any sense of self as individual.
And all the while, these ethical demons from the pit of Hell will be given endless trillions rising into the quadrillions combined with, more importantly for them, unchecked power. 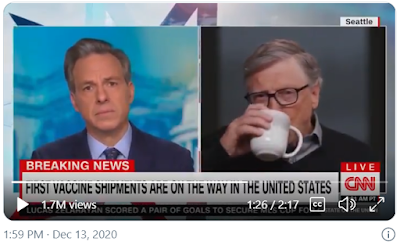 During the interview, Oligarchical Ass-Wipe Gates takes a regal sip of his beverage (let's just assume it was tea) while telling us "sadly" how we all have to live forever. Well, just remember this Bill Gates: No matter how many billions you have or how many people kiss your ass as if you're some living God, you're mortal and finite and you life WILL end someday just like any homeless bum or anyone else. Oh, and also: Go fuck yourself, Bill(ionaire) Gates. 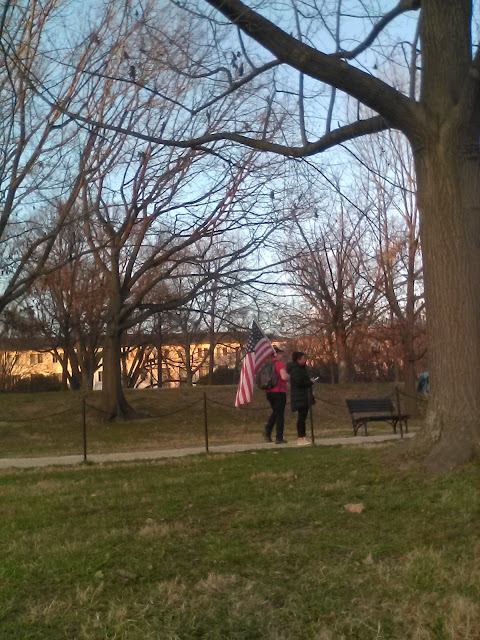 Trump supporter with an American flag in Constitution Gardens, Washington, D.C., 4:21 p.m., December 12, 2020
*******
As if it needs restating but here goes: With a net worth in excess of $100 billion and his own sprawling entourage of courtiers, yes men, and body guards, Bill Gates lives in a different reality than you or I.
Over the last 9 months, Gates has NEVER had to fret in the SLIGHTEST about the catastrophic collateral and even iatrogenic damage being inflicted on vast numbers of Americans through ever-shifting shutdowns, lockdowns, school closures, deferred medical care, forced isolation, and ceaseless Big Media / Health Complex gaslighting. 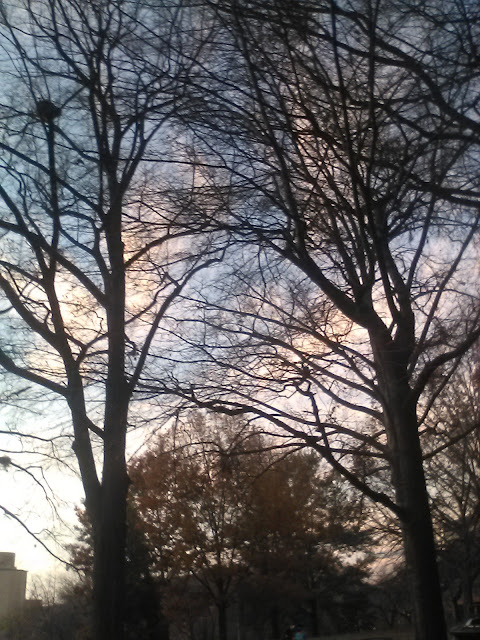 Keep in mind that it was just a few days ago that Gates' hateful bitch of a wife, Melinda, lamented that Americans are even going to get the Covid-19(84) vaccines. 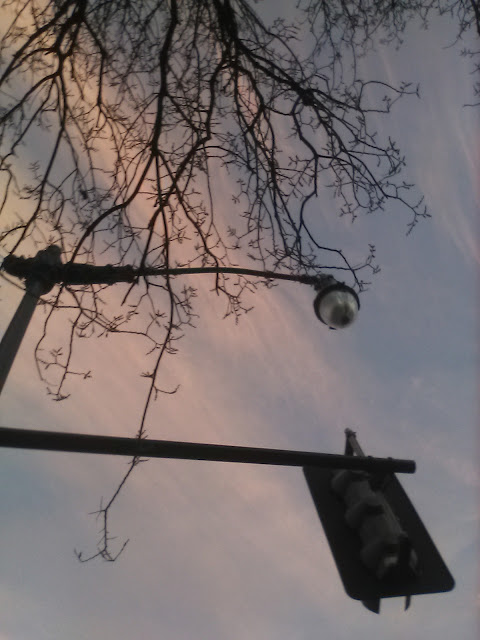 In that same interview, she also expressed her Regal Bafflement at certain outcomes of the endless, suicide-inducing, life-destroying lockdowns that the Gates/Bezos quasi-trillionaire clan are using their power and wealth to urge -- and off of which they are becoming even more incalculably rich. 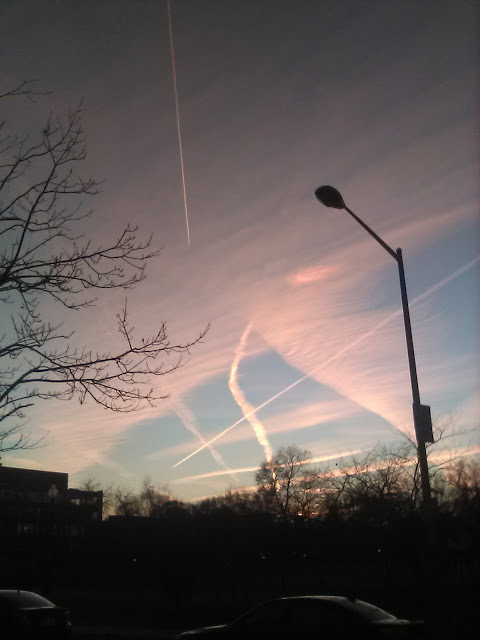 Specifically, Queen Melinda is confused that the lockdowns aren't being more wholeheartedly embraced by the very people whose lives they are destroying via the ever-metastasizing, extraconstitutional edicts of totalitarian wannabe Democrat state and local pols (plus the occasional Larry Hogan RINO rhino). 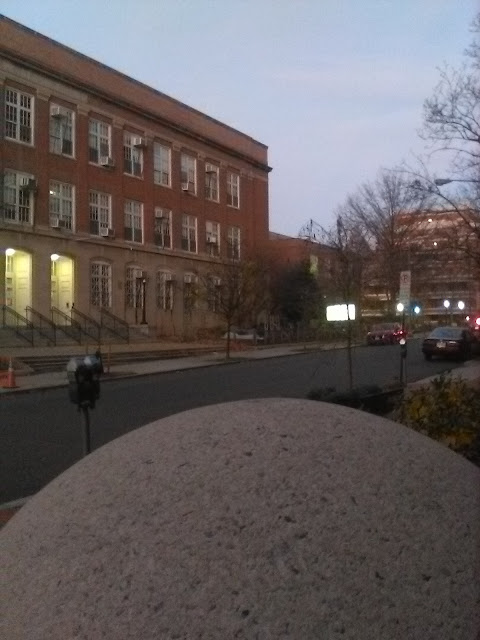 These lockdowns are all for the sake of a bullshit, ever-more-detached-from-reality media pandemic in which the actual "from Covid" death toll is about 1/30th the "with Covid" death toll and the CFR (to say nothing of the IFR) is continues its steady march down to less than 1% (and less than 0.1% for those under 65 and not obscenely unhealthy). 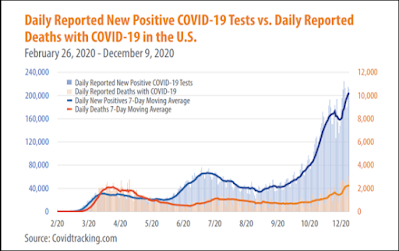 Fuck you, Bill Gates, you smarmy beast from Hell and your she-devil wife. And Tapper, go drink your Coca-Cola and leave us alone.
--Regulus
Posted by Regulus at 11:24 PM