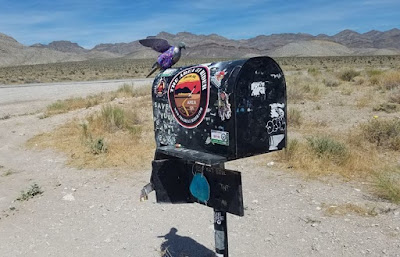 The (NEW) Black Mailbox, near Alamo and Rachel, Area 51, Nevada, Area 51
More on the (once black, then white) old and new Black Mailbox (letterbox) here. And here. 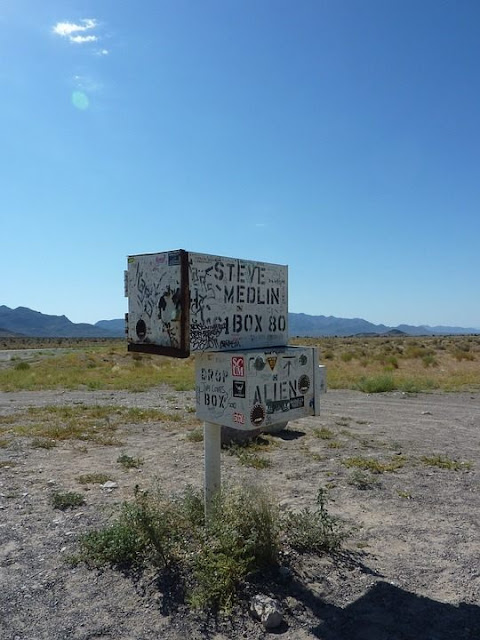 The old (then-white) Black Mailbox for Steve Medlin and accompanying Alien mailbox. Apparently, someone stole those two.
*******
Well, another Thanksgiving has come and just about gone. Plus, as noted, it was my previous entry, today was my 51st birthday. 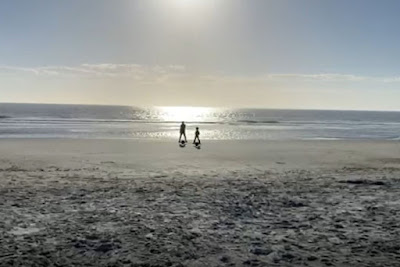 Above: This image and another one below is a screenshot of a short video Tim sent me from his Thanksgiving vacation at Hilton Head, S.C.
*******
Speaking of Thanksgiving, this Ann Coulter piece is a must read one (with link embedded): Have a Historically Accurate Thanksgiving!
The information about the Wampanoag and their relationship to the Iroquois and Narragansett, and why the Wampanoag were near the Pilgrims along the coast in 1621 in the first place.
Oh, yes, the Supreme Court slapped down the viciously unconstitutional "Covid" religious gathering restrictions of New York Governor Asshole Andrew Mafioso Cuomo in a 5-4 ruling.
Look, we'll take a 5-4 SCOTUS victory that tells these out-of-control totalitarian twat Democrat Governors to fuck off, but the fact that it was so close -- striking a dagger at the very First Amendment itself for the sake of a media pandemic -- is deeply worrying. 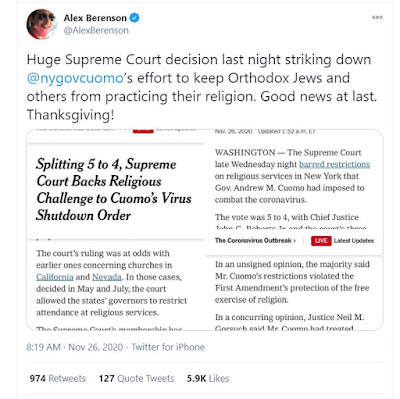 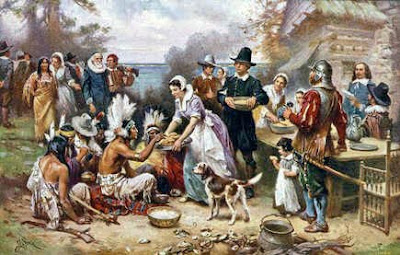 Kurt Schlichter says it best in this piece [link embedded]: Give Thanks and Tell the Turkey Fascists to Go Gnaw on a Drumstick.
Excerpt:
[Y]ou can’t worship together but you can get out and riot together and that’s a beautiful thing. 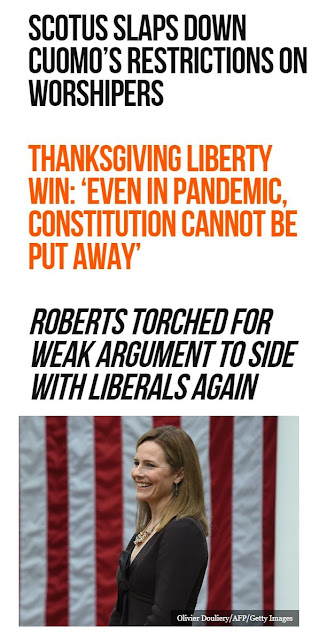 Springbreakers, Orthodox Jewish worship, and Trump rallies are deadly super-spreader events; BLM and Antifa riots are a delightful flowering of love and stuff ... surrounded by a warm, healthy light of protection from racist viruses. Just ignore the concurrent case spikes that happened as these losers burned things – ignoring it is made easy by a garbage media dedicated to propping up the teetering establishment (to which alleged anarchist rebels of rebellion like the Antifa and BLM scumbags are but mindless minions).
But, I don't want to end this entry on my Thanksgiving and 51st birthday on such a negative note.
This has been a nice visit to see my mom in Glen Burnie, although the annual visit to that American Legion hall here in northern Anne Arundel County in the time of shrieking Covid paranoiac media and Democrat hysteria, including in a State such as Maryland, wasn't enjoyable.
I had an issue (yeah, when don't I??) with another Covid paranoiac -- a fat, short, middle-aged bulldog of a woman in a mask and a face shield ladling out the food in the basement rec room. (To be clear, the food was being ladled out this year with much low-rent, thoroughly absurdist health theatre.) 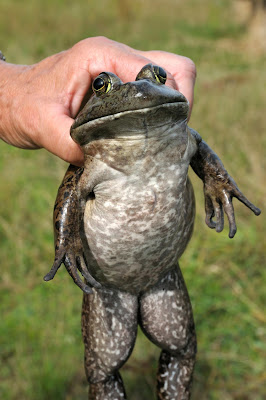 Without going into a lot of detail, I'm just not going to be talked to as if I'm some fucking disease vector because a single nostril is half-showing above a fucking stupid-ass, wholly ineffectual cloth face diaper (which belongs more properly over Anderson "Glorious Hole" Cooper's cakehole) especially by a belligerent stranger who is ostensibly voluntaring to serve Thanksgiving dinner. In this case, it was a Barbara Mikulski bullfrog sort.
As it is, I got something of an (unexpected and not particularly sort after) apology from the bartender lady who is there every year. Depending on how the next year goes, I'd like to try that place for one more Thanksgiving. 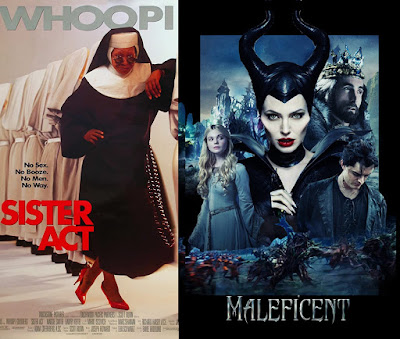 Anyway, we are here in the little apartment in Glen Burnie watching some nice movies including the original 1992 movie Sister Act, which I've always really enjoyed, and the 2014 movie Maleficent.
As a brief weather update ... 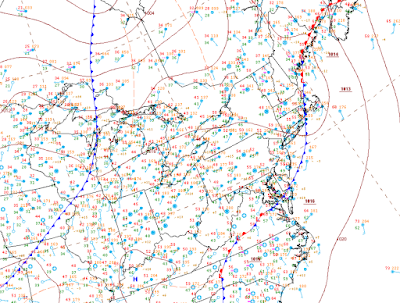 High-res surface weather map for a portion of the eastern United States, 0Z 27 November 2020
*******
The weather on this Thanksgiving was sunny and, well, outright warm following the passage of a weather system that passed through the Great Lakes and into the Canadian Maritime provinces dragged a lot of very mild air up the Eastern Seaboard.
A frontal boundary with minor low is slowly clearing the area tonight.
It was an outright warm day for late November. 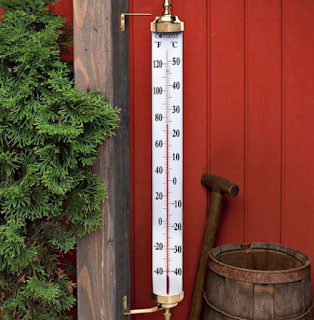 And it has shown a persistent troughing pattern with below normal temps for the eastern United States, although the repeated closed, cold-core "bowling ball" lows it was advertising in runs several days ago have disappeared. 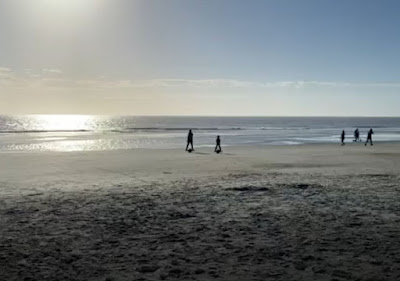 OK, that's all for now. I'm going back to D.C. tomorrow, although Gary is supposed to drive here and we are planning on going to The Jetty in Grasonville, assuming it is open in any semi-normal way. I think I already mentioned this in my previous entry. Anyway, my next planned entry will be over the weekend.
--Regulus
Posted by Regulus at 11:26 PM

Happy belated birthday, my friend! Hope you had a fun, memorable and happy day! Best wishes for the next year of your life!

Thank you, Misha-Gam ... Appreciate it.