As Geriatric Joe Affixes His Face Diaper and Soils the Other One on America, Some Thoughts On Covid-1984: Why the Meaningless but Politically Useful Numbers Will Only Rise 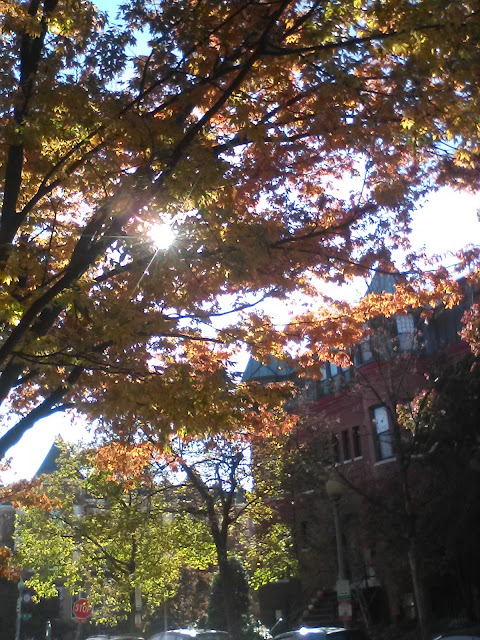 Sidewalk view, fall day, 21st and O Streets NW, Washington, D.C., 1:37 p.m. November 9, 2020
The images in this entry are from my walk into the office on Monday and Tuesday. I'm not captioning them except for the lead but the file name contains place/time info. 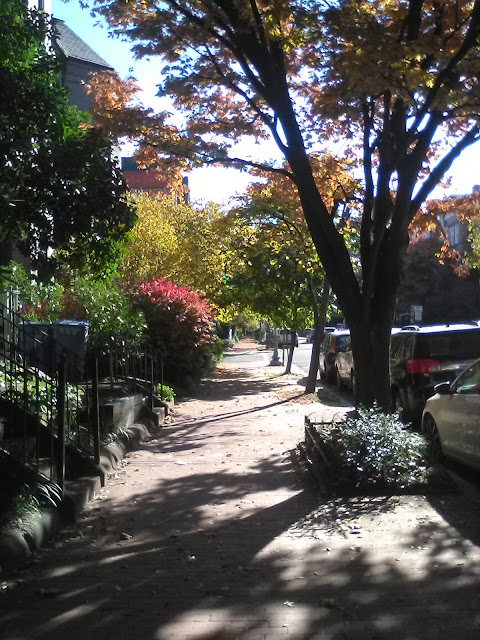 By contrast, tonight is very rainy and abnormally warm and humid for mid-November -- with air temp and dew point nearly 70F thanks to a strong, anomalous tropical moisture feed. We've had over 2 inches of rain. More on the weather in another entry, if I get around to writing it. These entries take forever to produce.
******* 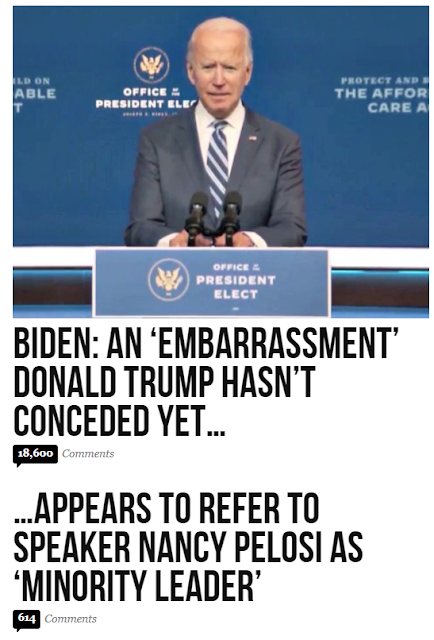 Above: Geriatric Joe in his "Office of the President-Elect" basement, possibly right after soiling his adult diaper and -- having reached his "lid" for the day -- getting ready for a drooly nap.
So, now that we it is all-but-certain** that we will have a Joe Biden geriatric shit show of a "presidential administration" with Kamala the Marxist Trojan Horse-Faced Hateful Harpy in 25th Amendment Waiting and her BLM-ified AOC "Squad" buzzing about like hornets in the hot sunshine, I would like to make a few comments and observations about the Covid-1984 situation.
**I'm moving to a separate entry a discussion of the presidential election outcome, the fraudulent elements around it (which are critical because the results came down to a coin toss), and extensive, multi-state Trump legal challenges. 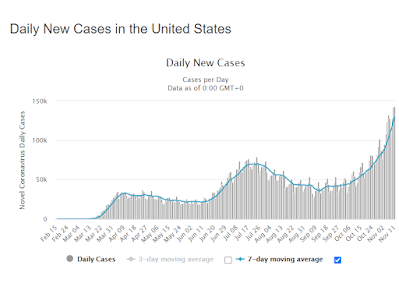 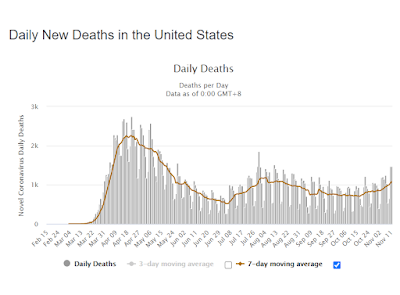 The notional daily death toll is rising too - having surpassed 1,000/day on the rolling seven-day daily average on Nov 9th and now at 1,080 as of Nov 11th, up from 706 on Oct 17th. (It was 2,259 at its peak on April 21st, ten days after the new cases 7-day daily average figure reached a spring maximum of 32,783 on April 10th. So we are three times that now but with half the deaths.)
To be clear, hospital beds and ventilators are not in the aggregate in the slightest strained -- despite the whore media's well-known tic of finding a random hospital that is temporarily at capacity or has an extra busy ER and declaring The Apocalypse Is Nigh. (Oh, and cloth masks sure are working beautifully, aren't they??) 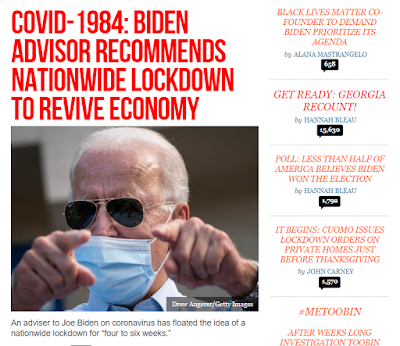 Politically, now that Uncle Joe, a.k.a., Basement Biden, is the Big Media-annointed titular VP Elect, the same Big Media personalities, celebrities, and other malevolent characters are literally screeching and yowling for new and bigger, super-destructive, totally self-defeating "NATIONAL LOCKDOWNS NOW!!!"
They say "4 to 6 weeks!!", but in fact, they want it until Covid daily cases reach what is in the current testing-frenzied climate -- as I explain below -- a physically impossible state of "close to zero" ... Or maybe until the Constitution has been shredded and replaced with some Big Academia WOKE Cancel Culture edicts. 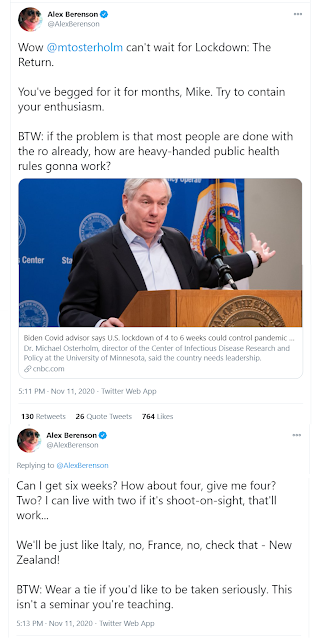 Dementia-addled, ass-and-face-diapered Joe not only loves basements (that's where his "Office of the President-Elect" is located). We knew that.
But the people he is bringing are already demanding two months before he nominally takes office "national lockdowns" -- including the bloated, arrogant, sloven fuck, namely, Dr. Michael Osterholm, who as recently as March publicly knew better. Fauci-style, though, he concluded that there is more power, money, and honor as a full Branch Covidian paranoiac.
To be clear, even in the era of the grotesquely swollen U.S. Presidency, a U.S. President cannot order a health emergency-based shutdown of all 50 States. That's the purview, unfortunately, of Governors, who simply have too much "public health emergency" power -- but that's another matter.
Republican-run states like Florida and Texas are not going to go along with this, and it is unlikely a battle royal to the Supreme Court would enable Biden to get his 50-State Lockdown strategy in place, all the less adhered to. 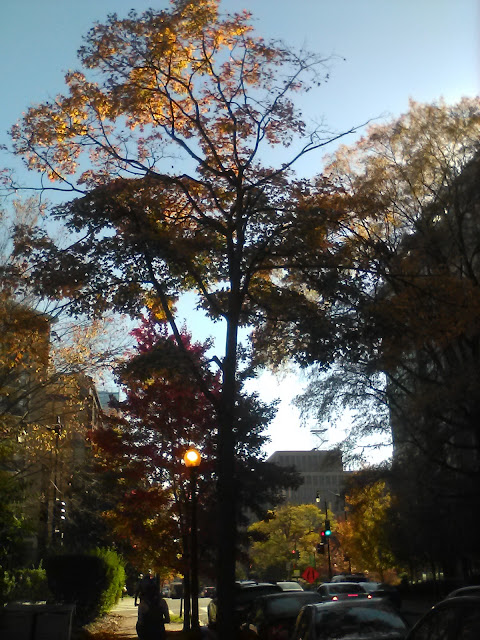 Remember: Scummy, power-mad Democrats CRAVE lockdowns and think everyone should be at home whacking off, Jeffrey Toobin-style, on Zoom meetings and virtual and online that, all while discussing which pronoun to use for their 10-year olds. But all of this has a giant carve-out for the underclass that runs the "E-commerce" physical deliveries for the cunty but Covid-terrified Karens, Khmer WOKE academics, and the kinds of upper lcass ass-wipes who have "WE LOVE DR. FAUCI!!!" signs in the yards of their $2 million homes in Bethesda, Chevy Chase, Friendship Heights, Palisades, Alexandria, and Arlington. 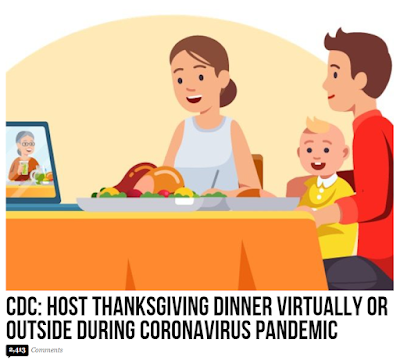 Above: Outdoor and "virtual" Thanksgivings are the latest Democrat / Big Media / Big Health Police State terror-mongering scam.
As a result, we are at a point where Democrat Governors -- led by that mafioso thug, Andrew Cuomo, brother of that media meathead male whore, Chris Cuomo-- are "ordering" people not gather beyond this or that SCIENCE prescribed limits in their private homes for Thanksgiving.
That term "SCIENCE" sexually liberal Democrats in their fundamentalist WOKE urban dystopias. 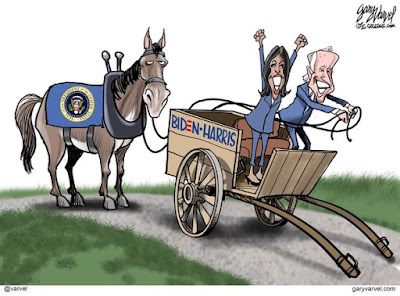 Gavin "Tutti Frutti" Newsom out did that, though, with the North Korea-like requirements about "not chanting" at Thanksgiving and even telling people how many times to chew and where to take a shit. (Of course, in the wasteland cities of California such as LA and San Francisco, the local pols can't get enough of maskless people pissing, shitting, and shooting up drugs outside. That they love.) 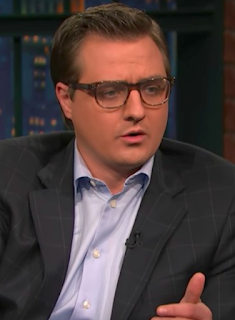 And that ignorant, metrosexual scumbag Chris Hayes -- who was running around outside with hair trigger-violent mobs that were drinking communal champagne on Saturday when Big Media called the election for Biden, mewling a bit "wearing your mask" -- is busy telling ordinary people to have "virtual Thanksgivings" or some such shit. I can't abide him. Feckless pussy.
This is when he's not busy calling for some Stalinist show trial in the form of a "Truth and Reconciliation Commissions" for Covid-1984 infractions and for the existence of Trump voters. (OK, the last one is more the purview of Lincoln Project with its attempted blacklisting and general harassment operations.)
Whatever the case, always remember that this is what today's Democrat Party nexus of Pelosi pols, Big Media, and Big Tech and E-Commerce oligarchs in their collective bilious, amoral dark heart: Lockdowns and death for thee, power for it, destruction of America as it once was, and "social justice"-driven looting, rioting, and mayhem as both occasional steam-release valve and instrument of social control against Republicans whenever Covid fatigue sets in. 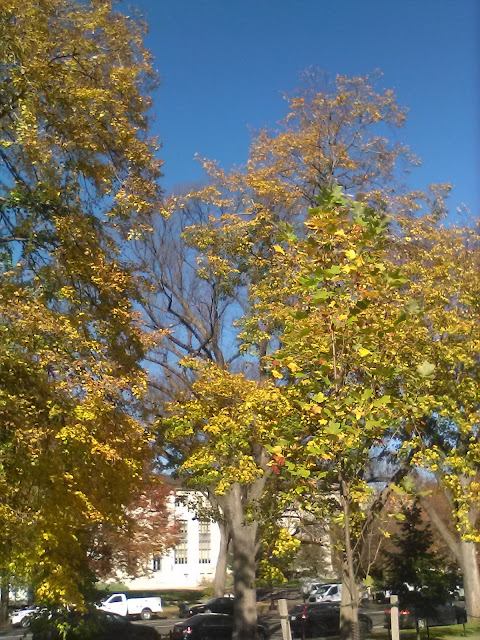 Anyway, the functional result of all of this is a yet another stupid wave of the ever-shifting array of hospitality industry restrictions that come spectacularly and then just appear to peter out.
Oh, and let's not forget the grotesque travesty of the public schools under the chokehold of their degenerate unions that -- in cahoots with Big, Blue City mayors and those stupid county executive sorts in the surrounding suburbs -- are keeping all primary and secondary schools closed FOREVER on the Covid pretext.
Remember: For children that age, Covid is functionally a non-existent threat, less than seasonal influenza. Nor is there any evidence they are "asymptomatic super-spreaders." Keeping schools closed is just child abuse, especially for really young and disadvantaged children. 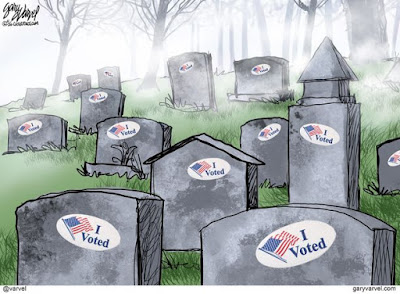 To be clear, these ass-hat teachers are getting full salaries while they pretend to "teach virtually" -- itself the biggest abomination of a concept in this whole Covid shit show. It is also a concept that is demonstrably failing, judging by collapsing literacy rates for small children, especially in urban / poor areas).
All we can do is hope that if these teachers try to keep up this garbage into the 2021-2022 school year, the school districts themselves will undergo collapse, which at this point, would be a good thing. 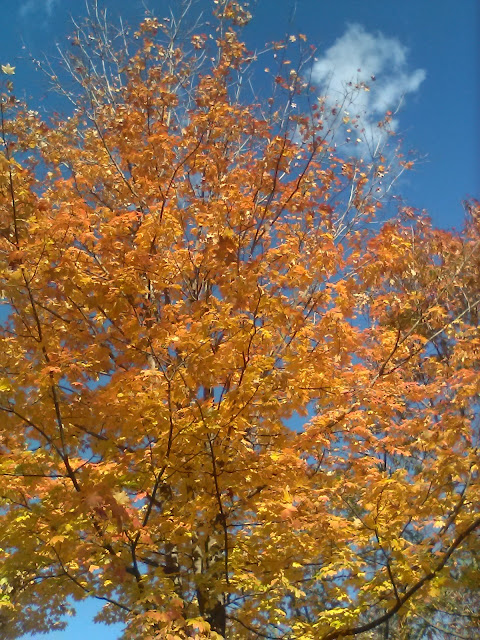 In terms of the Covid-1984 positive cases and deaths, a few words ...
The U.S. is in a testing frenzy that shows no sign of ending. The daily number of tests is in the 1.2M to 1.4M range or 10M/week. The total number of tests to-date is 160M -- and should reach 330M, the size of the U.S. population, in about four months. that the bulk of the testing involves the problematic 40-cycle threshold PCR test with its one-trillion "amplification" of the SARS-CoV-2 genetic material ...
The 40-cycle threshold (Ct) PCR with its 1 TRILLION amplification of genetic material picks up not just asymptomatic cases but those with bits of "dead" RNA nucleotide material in them -- material with an indeterminate "half life" within their bodies.
The result is that the percent of positive results will just "roll higher" oveer time -- presently at 10 percent but, in theory, rising to 100 percent of tests. In practice, though, it would probably no higher than 70 percent range, corresponding to the high end of a herd immunity number. 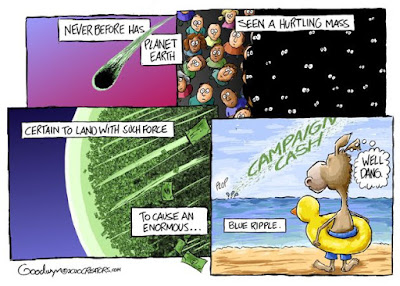 Now, because a certain fraction of people die in given period of time, some fraction of those positive Covid cases will always be considered Covid deaths. That's because anyone with a positive Covid result who dies at any point in the future -- no matter the cause to include other co-morbidities -- is considered as such. Presently, that percentage for the past seven months is 4% but it is gradually falling -- and will eventually bottom at the case fatality ratio (CFR) of ~1%. There is a big financial and societal incentive for the health care complex to find positive cases and deaths.
Where it gets weird is that -- thanks to the 40-Ct standard and frenzy of testing to include people who are tested multiple times, sometimes weekly -- you could, in theory, have an absurd result in which more than 100% of the entire U.S. population appears to be infected even if the actual number peaks at some herd immunity threshold that is under 100%. Of course, that would take at least a decade to be realized. 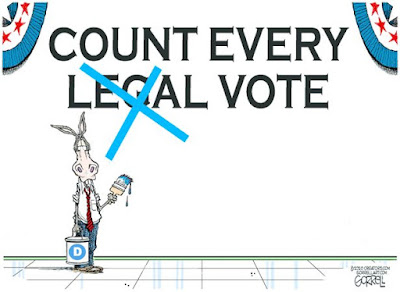 The point is, this situation will NEVER end -- because it has been set up so that it can never end. I refer to the $1B a week testing industry that has spun up and everything associated with it to include an ever-metastasizing medical/health police state complex.
OK, it will end eventually because society will finally move on from it -- but that could be a 2 to 3 years from now. 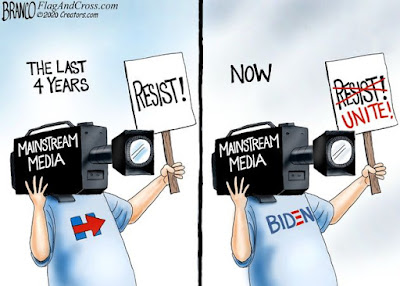 As for the hoped-for vaccine -- to include one announced by Pfizer and BioNTech earlier this week -- the issue there is threefold and how they interact:
(1) how many people are willing to get the vaccine; (2) any side effects, especially given the scale at which this and other upcoming "Covid-19" vaccines will be deployed; and (3) a Big Media / E-Commerce complex wedded to an Illiberal Democrat Machine that thrives on Covid lockdowns, fear, and endless hysteria -- and are badmouthing any and all vaccines, which dampens (1) and will lead to contrived horror stories as relates to (2).
And there is the minor matter of just how effective is the vaccine, but that's another matter. 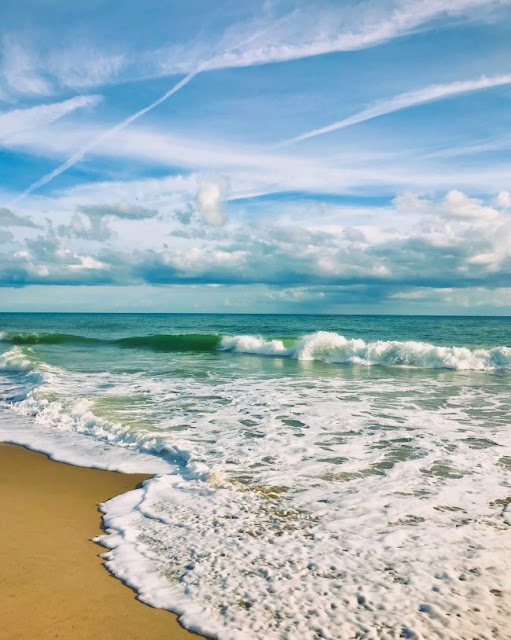