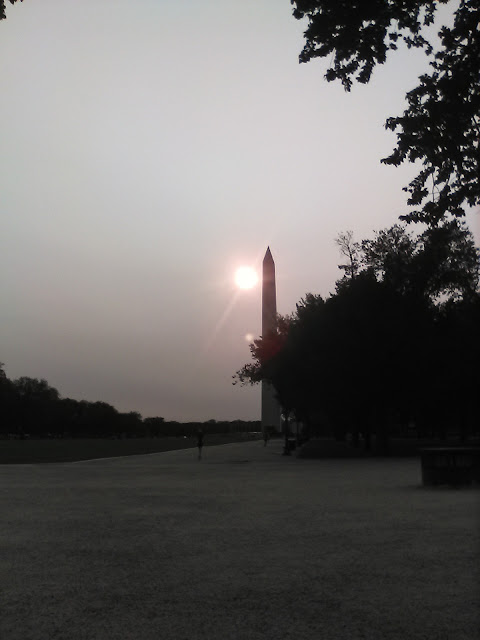 The above picture of the Washington Monument was taken on . The sky and low-angled evening Sun appeared that way as a result of high-altitude smoke from all the Western U.S. wildfires that had traversed the United States. (I haven't quite gotten around to trying to do regular captions with the new Blogger compositional mode.)
******* 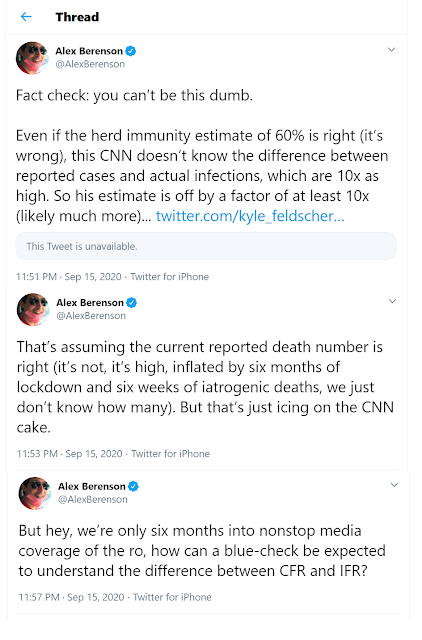 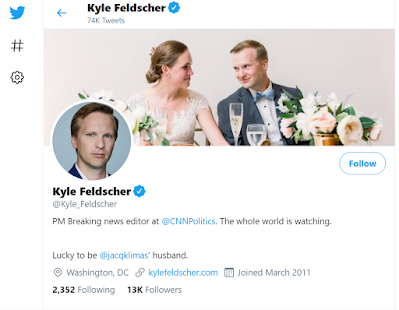 A few days ago, some narcissistic big media ass-hat (is there any other sort?) and Twitter "blue check" named Kyle Feldscher who is the "PM Breaking News editor" for fucking CNN Politics, tweeted out what he said where how many Americans would have to contract and die from "THE COVID" in order for the country to reach herd immunity. 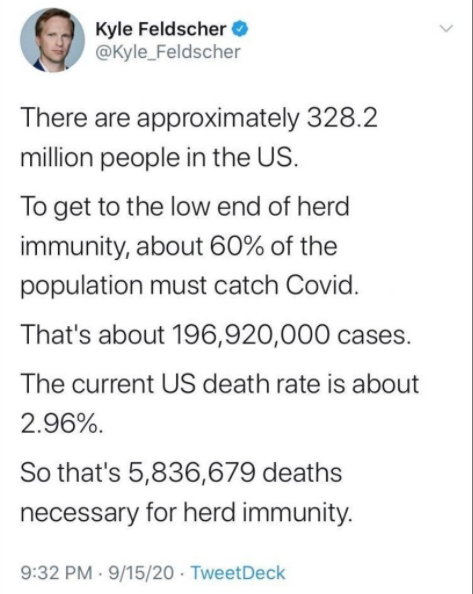 Confusing and conflating CFR and IFR -- and hence the estimated factor of 10 difference between reported and actual cases -- and either stupidly or willfully ignorning the vast number of iatrogenic deaths that occurred in March and April in New York and New Jersey nursing homes, Kyle "The Whole World Is Watching" Feldscher was off by at least a factor of ten (and actually even greater than that).
Berenson called the bad-faithed idiot out on it in terrific fashion. For his part, Feldscher did was all Illiberal Left snowflakes do on social media: BLOCK, BLOCK, BLOCK everyone (the term is "block-chaining"). Eventually, though, Feldscher removed the tweet.
There was even a Fox News article about it linked here (remember to double click on this to get beyond the "Access Denied" page -- Blogger/Google and Fox News don't like each other because all Big Tech social media platforms are run by leftwing authoritarians). 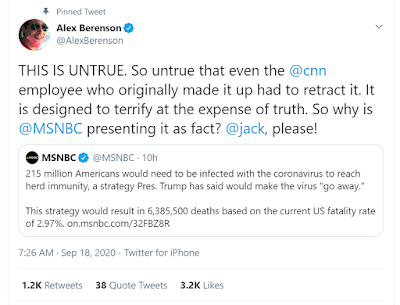 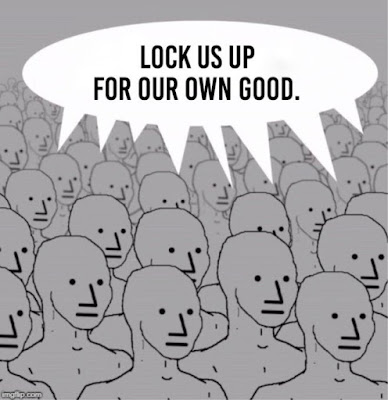 As with much of the Illiberal Left media complex in the time of Trump, PMSNBC is a PSYOP working feverishly for radical Cultural Marxist-Leninist ends. In the case of PMSNBC, its lead "talent" are abortionists (Rachel Maddow), smarmy metrosexual wusses (Chris Hayes), or race-baiting provocateurs (Al Sharpton), among others. The entire operation should be shut down by the FBI as insighting social violence and cultural disintegration.

Regarding the above two Berenson tweets, they hit at the fundamental ugly truth of everything that has happened since early spring in the Covid hysterics horseshit: The vastly over-inflated postive test count thanks to functionally worthless 40-cycle PCR tests; the highly destructive and on its own terms ("virus gonna virus") counterproductive nature of lockdowns; the vast number of nursing home deaths that were only indirectly related to Covid but that tell a horrifying tale; and the mass hysteria, especially in Big, Blue Cities, fanned by the Democrat Party and public health establishment. 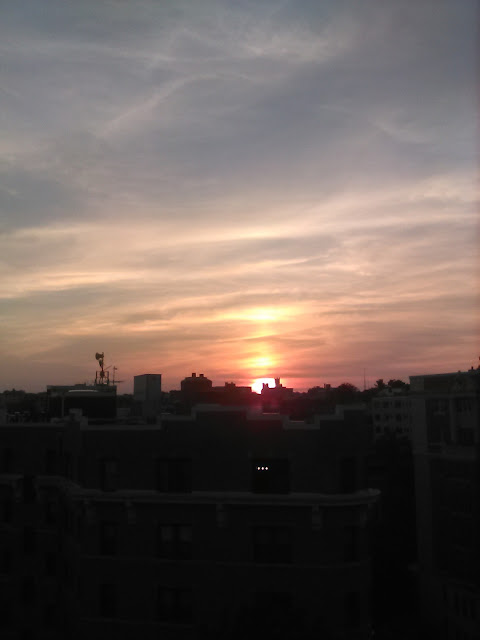 Above and below: Two sunset pics from July 26 on the roof of the Northumberland that I never got around to posting.
And I haven't even touched the "Summer of Love" nationwide urban social unrest to include WOKE Cultural Revolution, the Democrat Party-led street thugs of Antifa, and violent Marxists of BLM, nor the violent crime spike in large Democrat run cities coast to coast ESPECIALLY New York. 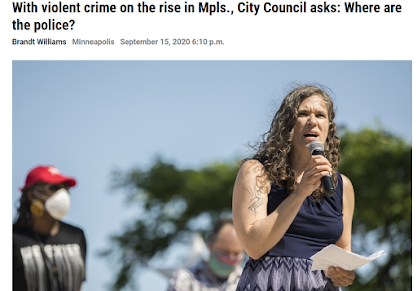 I will say that it was hilarious to learn that the Minneapolis City Council -- the original pushers of the malevolent lunacy of "Defund the Police" -- yowling about the violent crime spree in their city and blaming the police, wondering where the police are. Lisa Bender Over and her BIPOC / transsexual city council are truly stupid human beings in that special Millennial generation way. 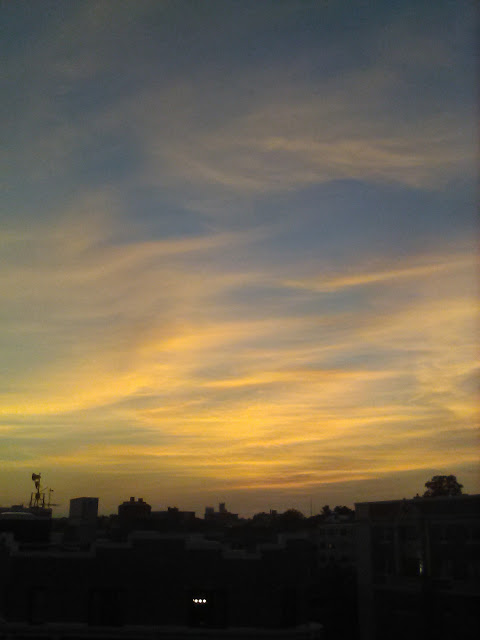 OK, that's all for now. I'm going to try to post a sizable entry tonight discussing my plan to move away for the time being, for my own sanity, from posting all these political-themed entries. I want to post this before I head to California tomorrow with Gary for my 4-1/2 day visit to Oceanside. Also, as an aside, I think I'm getting better at working Blogger's new compositional format.
--Regulus
Posted by Regulus at 12:07 PM