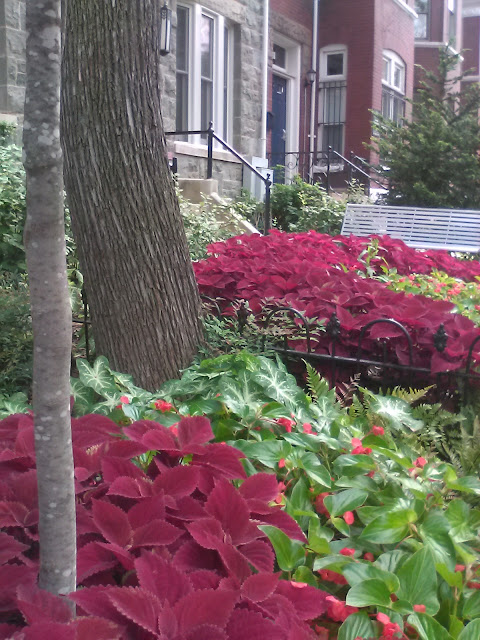 
This entry, I'd like to dedicate to the topic of House of Representatives Speaker Nancy Pelosi's Monday wash-and-blowout at the ESalonSF salon in San Francisco, a city under semi-permanent hard lockdown for the endless Covid media pandemic thanks to the worst elements of the Democrat party being in total control. 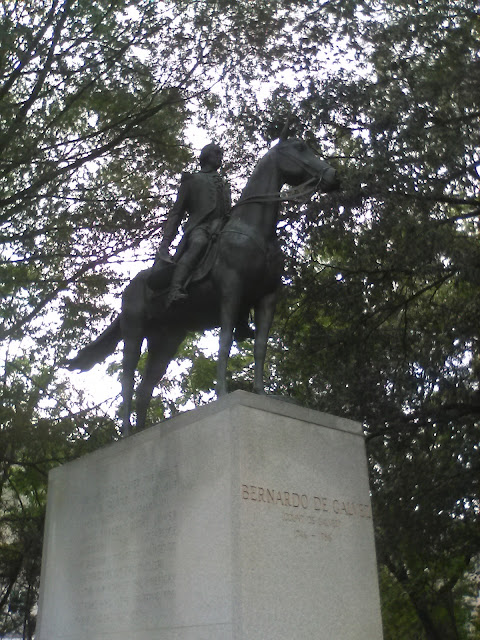 
The lockdown encompasses, of course, salons -- or at least any indoor activity at salons. Like everything, the fucking Democrat party wants you to live outside like a homeless person while being harassed, threatened, and cursed at/spit on by Antifa animals and BLM violent Marxists. 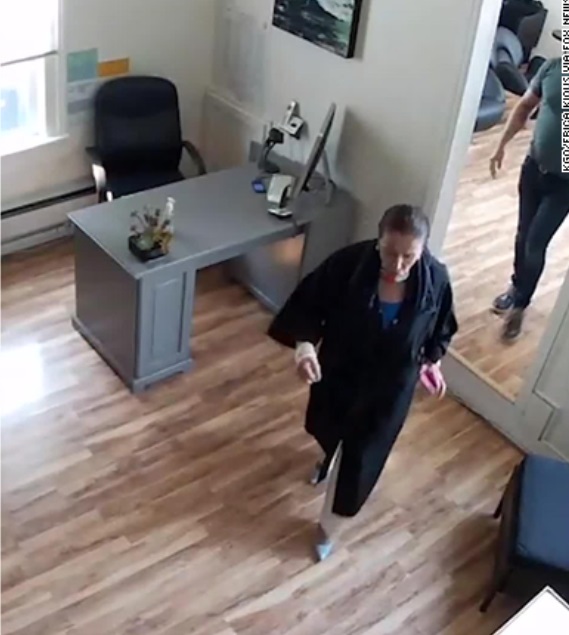 
Queen Nancy's Royal Visit on Monday, August 31st to ESalonSF in San Francisco for an appointment with one of the independent contractor hair stylists was revealed by the salon owner, Erica Kious, who turned over to Fox News the security camera footage of the 80-year old Speaker gadding about inside the place, maskless and seemingly without concern. 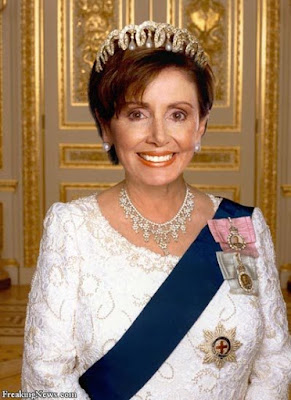 What's more, Queen Nancy did it certainly in flagrant, flamboyantly hypocritical violation of the city's draconian, extraconstitutional Covid-related shutdowns and lockdowns. These are ruinous, open-ended disruptions to countless lives for an ever-more-untenable reason that she is smarmily forever hectoring and lecturing others to follow no matter the cost or damage.


Keep in mind that in San Francisco -- under the twin oppressive yokes of a far-left Democrat mayor and wussy left Democrat governor -- the city has been in a hard lockdown for nearly six months now -- which causes nothing but glee by the Democrat party because it's part of the "maximal war" against Trump. 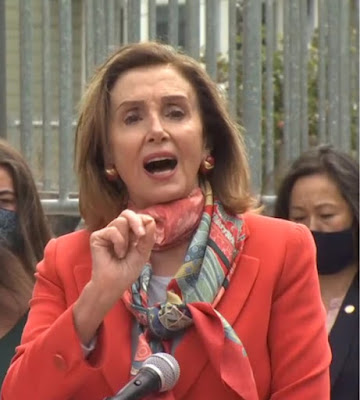 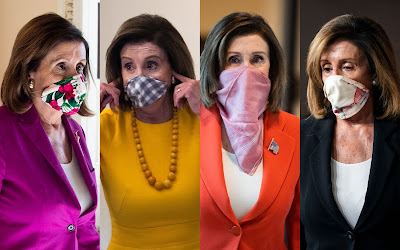 Keep in mind that an 80-year old is in the highest of Covid danger age cohorts. I suppose Her Royal Highness Pelosi was taking a much-needed break from all that fancy ice cream in her $24,000 refrigerator. 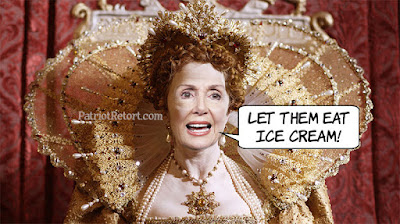 What would in a normal time have set off a general media-wide firestorm -- since the media, political reporters in particular, love nothing so much as signs of hypocrisy by political leaders, especially one of Pelosi's stature and given her incessant hectoring and lecturing about how ordinary people must have their livelihoods and lives endlessly disrupted and even destroyed due to "THE COVID." 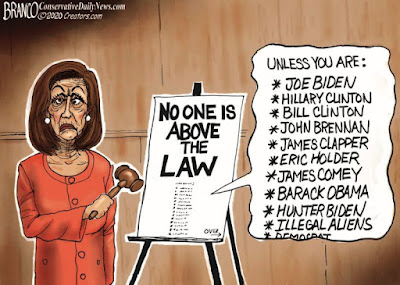 Instead, the violently anti-Trump, oh-so-WOKE Illiberal Far Left media went batshit crazy trying to defend Her Majesty Queen Nancy and her boundless privileges and prerogatives. That's because the Left knows this looks really bad in an easily understandable way. 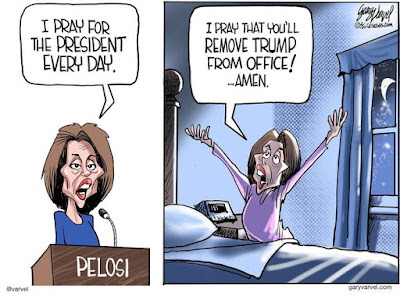 Therefore, the Illiberal Left psychological operation (PSYOP) known as the "news media" -- to include a roster of journos and "on air talent" from PMSNBC, CNN, Slate, Salon, HuffPoo, Vox, the WaHoPo, and the NY WOKE Times -- are in a circle-jerking frenzy trying to excuse, poo-poo, wish, and distract this story away. And in one case, breathtakingly, an especially SHE-WOKE "political reporter" declared the whistleblower the real criminal. 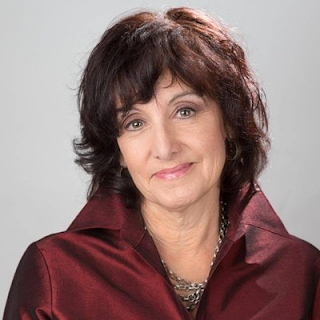 Specifically: "Blue check journalist" and leathery hag Carla Marinucci (see left), ostensibly a POLITICO political reporter, did what all hateful liberal c-word bitches always do -- demand that the law be "weaponized" to punish the Queen's whistleblower.


Queen Nancy, for her part, did the royal thing and blamed the salon owner -- calling the situation a "set up" and demanding an apology for the video being shared with Fox News. Think about the astonishing rules-are-for-thee, not-for-me arrogance, elitism, and hypocrisy embodied in her actions and attitude including follow-up response. 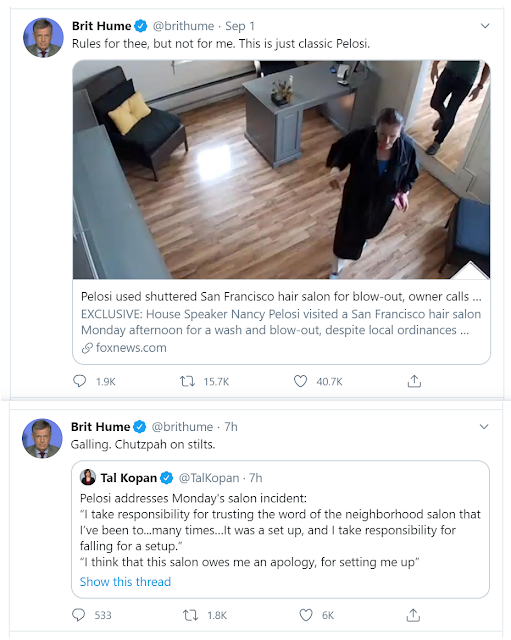 Brit Hume had a series of tweets over the past two days on this matter. Images of those are posted directly above and below. He noted in one today that Queen Nancy's "set me up" response recalled late D.C. Mayor-for-Life Marion Barry's epic declaration in 1990 (not 2005) of "bitch set me up." 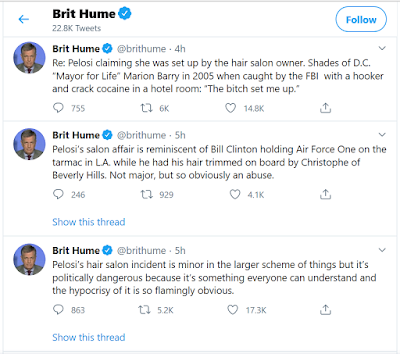 John Nolte of Breitbart summed it up best in this article [link embedded]: Nolte: 6 Things We Learned From Queen Pelosi's Wash and Blowout.
Below are some excerpts of his piece. Point #2 refers to Carla Marinucci's response. 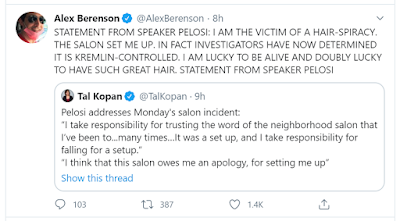 1. You and I Are Second Class Citizens
Sorry, we just are.
They, meaning elites on the left, can do what they want.
We are locked down. We are forced to wear masks. We are quarantined. Many of our small businesses are being completely wiped out, not by a virus, but by Democrats desperate to crash the economy in order to put Joe Biden in the Oval Office.
They do whatever the hell they want.
No one cancels them. No one shames them. No one makes them suffer consequences.
They can run around without masks, spy on a presidential campaigns, riot, burn, loot, even kill. 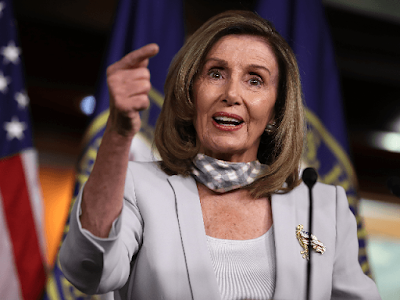 2. The Political Media are Useless Palace Guards
If you’ve just been handed video proof of the third most powerful person in the country violating the law while caught in a breathtaking act of hypocrisy and elitism, and your first thought is to attack the whistleblower, you’re in the wrong business, cupcake. 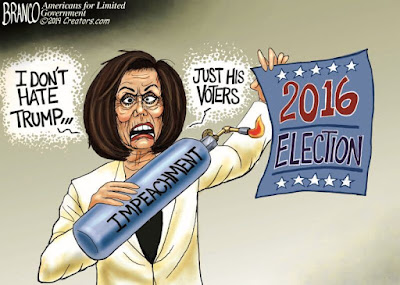 3. Nancy Pelosi Doesn’t Believe Masks are Necessary
If Nancy Pelosi — who’s demanding a nationwide mask mandate — believed masks were necessary, she would be wearing a mask in that video. Nancy Pelosi is 80-years-old and not wearing a mask indoors. She’s showing you and I what she truly believes — and that’s that this whole mask crusade thing is a lie, is the left-wing elite version of the burka. 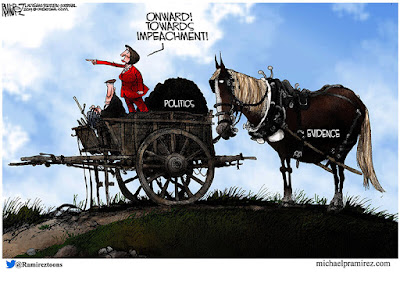 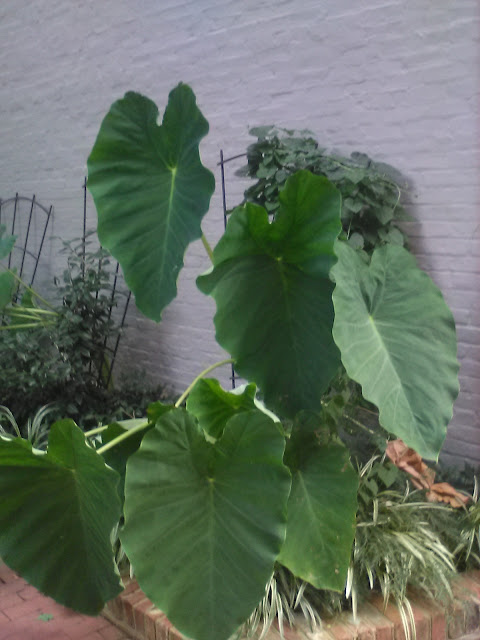 Rush Limbaugh summed it up best on this show today: "Why can't we vote in person?" and "Why does she feel so secure? Why is it that most 80-year-olds are scared to death … and she isn't?" He wondered what is it that is making her so not fearful. 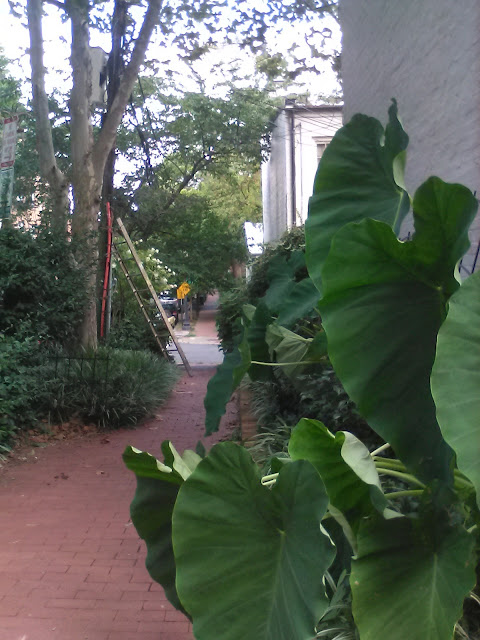 Now, naturally, the Left -- being the hateful, violent, destructive and lethal but fully unctuous cock-suckers that they are -- have effectively destroyed ESalonSF through cyberwarfare to include death threats and other threats of violence and destruction. Burning the place down is probably in the cards, too. 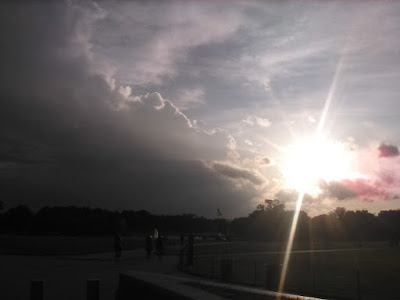 
As Ms. Kious told Tucker Carlson tonight, that salon will likely be closing for good. Here is her sad but matter-of-fact interview with him via YouTube:
Now her business and those she employed are just another casualty of the Lockdown Left's multifaceted psychopathic insanity during this Summer of Madness 2020. As for Queen Nancy, she's an octogenarian uber-self-righteous elitist bitch who showed herself to be a typical liberal fraud. 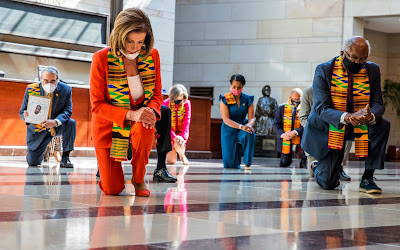 This is how the "cancel culture" Left with its hyper-victimization operates and deranged outbursts of violence while always trying to "annihilate" other human beings from existence who fail and act to think like it. All of this is encoded in the Illiberal Left DNA and resulting totally broken moral and ethical compasses. 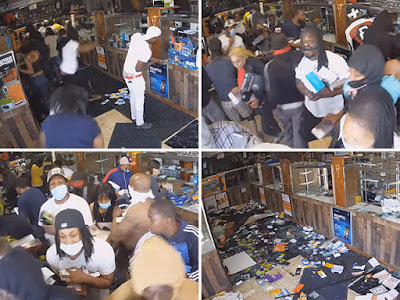 The Democrat base "ON THE MOVE" again, looting with unchecked abandoned for social justice.
Remember: This is what everyday in every Big Blue City in Joe Biden's America will look like.
*******


OK, I'm going to start to wrap up this entry, but first a small weather observation from earlier this evening … 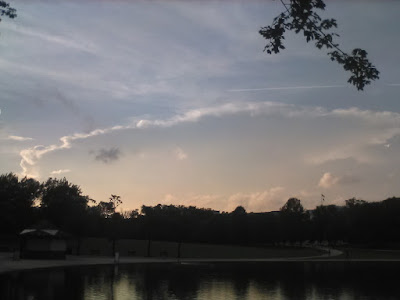 Distant thunderstorm as seen from Constitution Gardens, Washington, D.C., 6:58 p.m., Sept 2, 2020
Just FYI, this thunderstorm -- which had quite an extensive and well-shaped anvil head -- was located about 60 miles away over Jefferson County, W.Va., and northwestern Loudoun County, Va. Here is the Sterling (LWX) NWS radar (the second frame of the loop is the closest to the time of the picture above).


OK, that's all for now. I'll try to post a new entry tomorrow night.
--Regulus
Posted by Regulus at 2:27 AM