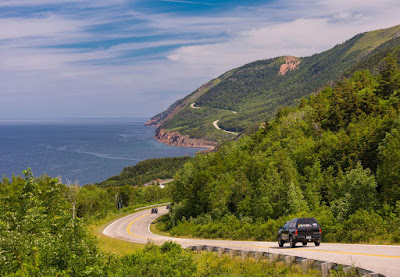 
Apologies for lack of entries since Thursday.
It has been a lengthy, disjointed, and sometimes turbulent weekend, although Sunday (yesterday) was, all-in-all, a good day.
It is quarter after eleven Monday morning, and I need to walk to the office. I do not have time to post any significant entry. For this entry, I'll just note the things I would like to discuss. 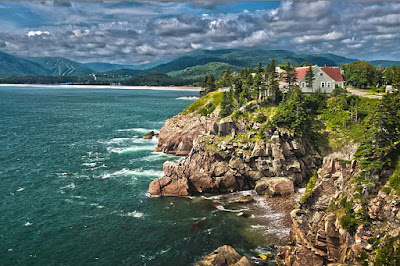 The first matter is a second, this-time-disastrous, and final visit from Chris and his little, lovable dog, Brady. I had to kick him out Saturday night -- and, in a weird situation, in the presence of Tim. Yes, that meeting of Chris and Tim occurred. That is a meeting of two people in my life that should have not happened.
Chris continuously insults and ridicules me, arguing with everything I say -- even as I repeatedly pay for EVERYTHING to include dinner and drinks -- and gets belligerent when drunk and makes all kinds of weird accusations and threats. I'm not going to be threatened with violence in my own place. (Chris was going to leave the next morning anyway to drive down to near Myrtle Beach, S.C.) 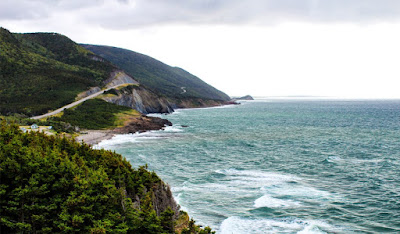 I really don't want to see him anymore. Whatever unstable relationship we had years ago is now ended. He can go back to Pittsburgh after his month-long vagabond sojourn up and down the East Coast and just leave me alone. As it is, he has his own serious unresolved matters here in D.C. with former friends and coworkers that I'm not going to delve into on this blog.
My bigger worry was / is that the situation damaged my friendship with Tim, which has gone through so many cycles back to 1996 with that ~20 year hiatus ending in 2018. Again, Chris and Tim are two people in my life who should not have ever met. Instead, they met twice -- Friday night and Saturday late afternoon. 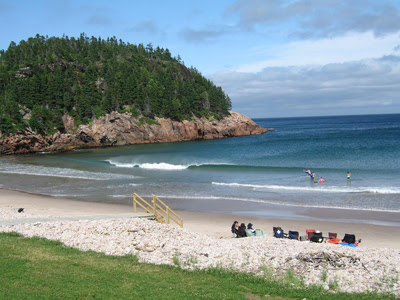 The totally-predicable fight occurred at the end of what had been mostly a nice afternoon evening that included dinner at Bangkok Joe's in Georgetown, a drink at a fancy rooftop bar in Georgetown, and then an unexpected trek over to P Street (near Whole Foods) where I never go. It occurred while walking back to my apartment (near where Tim had parked). To be clear, the fight began at the place we were when Chris started getting incoherently and nonsensically belligerent to me about Tim (who actually didn't witness that part). 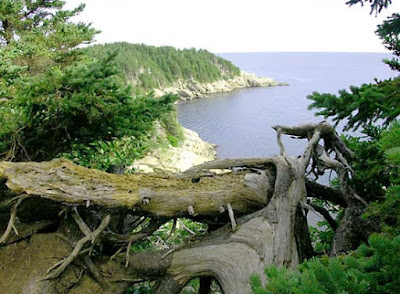 On Sunday (yesterday), I took the Metro up to Friendship Heights and walked over to Gary's place -- first along Military Road. (I need a new way to go to avoid that thoroughfare and its narrow sidewalk and close proximity to the Covid Chinese virus paranoiacs.) But I found the route through Rock Creek Park over to 16th Street.
During the walk, I had a nice phone conversation with my mom. So, that means I am getting on well with both my now-elderly parents simultaneously. 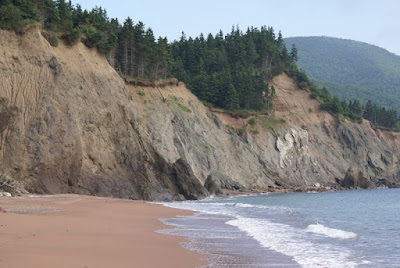 Of note, Gary and I are going to California next Saturday for a five-day trip to Oceanside and, now planned, a ferry ride to Santa Catalina Island in the Channel Islands. I don't think the wildfire situation raging in the Western U.S. will be a significant issue in that part of California.
Thereafter, I went to Fred & Doug's place for the weekly Sunday night soiree with them and Aydin. 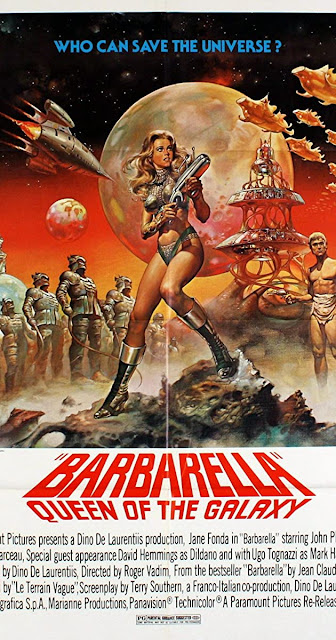 We had dinner and, instead of an episode of 'Allo, 'Allo!, we watched that bizarre, psychedelic campy 1968 movie Barbarella.

It's a quasi-comical movie with themes of bisexuality, lesbianism, bondage, drug-addled hedonism, and good and evil as flip sides of each other, plus young Jane Fonda's naked breasts.

As for me, I found John Phillip Law's blind angel Pygar to be physically very attractive. That body of his was stunning.

All in all, it was a very pleasant night and nice way to end this weekend. 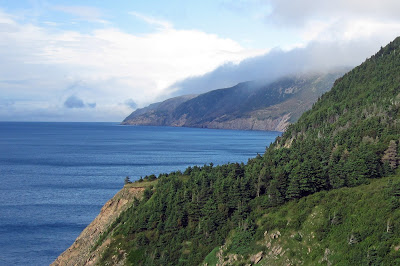 Another topic I want to discuss, of course, is the U.S. Covid situation. That situation remains as lunatic as ever, inextricably intertwined with the malevolent Big Media-and-Big Academia-led WOKE Illiberal Left Cultural Revolution and BLM/Antifa hot civil war raging across America in the late (or at least late first term) Trump era. I guess I'm expecting him to lose, but hoping he does not. 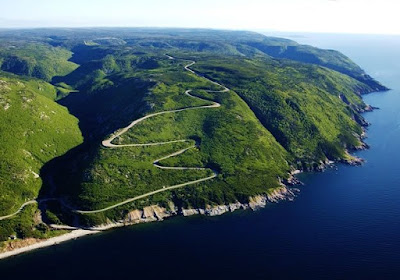 BLM animals are executing cops and blocking hospital ER entrances while Antifa street gangs (filled with gender identity-confused, nihilistic, mentally ill, knowledge-free, America-loathing anarchists younger Millennials and Gen Z types) are looting, rioting, and attacking innocent civilians. And the fucking Democrat Party loves it. It's what they are. And whenever the cops fight back, it's just more media-fueled street violence and mayhem. These Big Blue City police forces are collapsing in real time -- leaving Mogadishu-like war zones to spring up, which is the WOKE Left's luantic idea of a utopia. 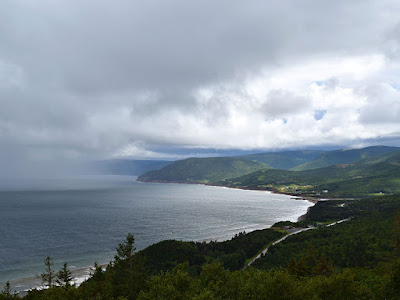 The insanity that will be unleased with total far leftwing Democrat government under the nominal leadership of an increasingly dementia-addled old man, Joe Biden, and a Lady Macbeth bitch of a Vice President/Co-President Kamala Harris and all the Cultural Marxist lunatics around her will be nothing less than catastrophic. 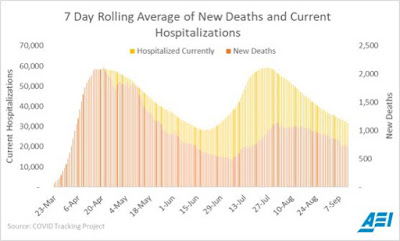 Keep in mind the Covid panic situation itself remains in place despite the fact the number of cases and hospitalizations continue to drop because the U.S. is, functionally and irrevocably, heading toward herd immunity.
Finally, I'd like to discuss Tropical Storm Sally and the Atlantic hurricane season. 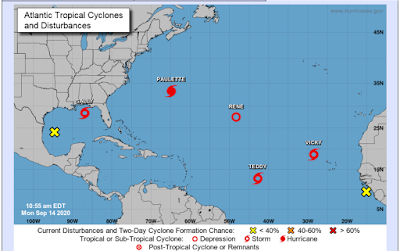 Busy Atlantic basin tropical cyclone season: NHC map from a short while ago today showing all tropical systems
At present, we've got the P (Paulette) through V (Vicky) storms. The Atlantic will certainly reach the Greek alphabet since Vicky is the second-to-last (before "W") of the alphabetized named storms on this year's list. The last and only other time that happened was in 2005.
*******

GOES 16 GeoColor mode satellite image of the Southeastern U.S. and Gulf of Mexico, looped 1241 - 1536 Z 14 September 2020
Note the pressure (gravity) wave that appears to pulse out from Tropical Storm Sally in the last ten or so frames.
*******


Tropical Storm Sally -- expected to be a hurricane at landfall -- as it makes either a direct hit or, what now looks more likely, a near-miss of the Louisiana Delta, and hence New Orleans, on a track that is extremely bad for the city. However, the track appears to be shifting more to a sharp north/northeasterly turn, which would spare New Orleans. 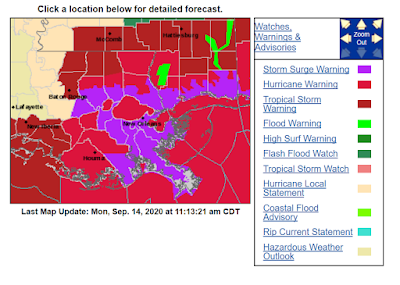 
This update is to note that Tropical Storm Sally is now Hurricane Sally.

GOES 16 GeoColor mode satellite image of the Southeastern U.S. and Gulf of Mexico, looped 1611 - 1926 Z 14 September 2020
Hurricane Sally has an impressive satellite presentation (see above), although no eye has yet opened up. Note again the pressure (gravity) waves that appear to pulse out from the hurricane actually disrupt the cumulus fields around the storm hundreds of miles away. 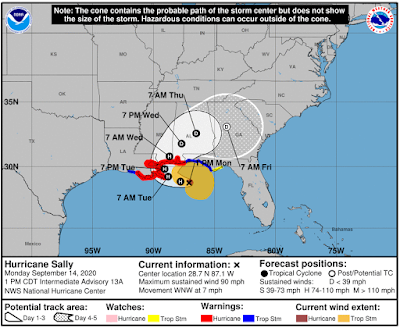 The tropical cyclone underwent a rapid intensification late morning into early afternoon. Its winds are currently put at 90-mph and the central pressure at 986-mb. The storm at 1 p.m. CDT (2 p.m. EDT) was centered at 28.7°N, 87.1°W or 125 miles ESE of the Mouth of the Mississippi / 160 miles SE of Biloxi, Miss. The forward motion is WNW at 7 mph. 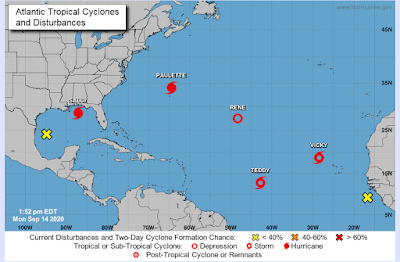 The storm track still shows a sharp curve to the north and then northeast just before the eyewall itself reaches the immediate New Orleans area. This curvature is in response to an approaching trough and a receding high pressure crossing the Mid-Atlantic region.


The weather here is a sunny-to-partly cloudy one, seasonably (not uncomfortably) warm, temps forecasted to reach about 80F and dew points around 62F. It is finally drier and pleasant after the seemingly endless rain and tropical humidity conditions. 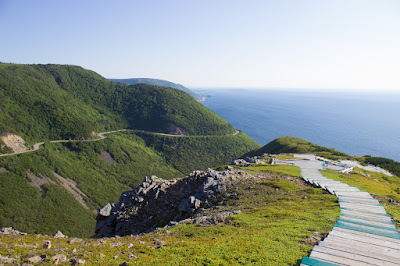 OK, I guess that's all for now.


For tonight, I definitely intend to post an entry -- if not a weekend overview, then at least one of the other entries I have had in draft now for days, only partially finished. I also need to do my laundry to get thing clean again and, yes, get rid of any smell of wet dog.
--Regulus
Posted by Regulus at 12:46 PM