After-the-Fact Wednesday Wee Hours Posting: Weak Circles and Not-So-WOKE Debate -OR- The Case of the Rabid Rabble and Ruined Radar 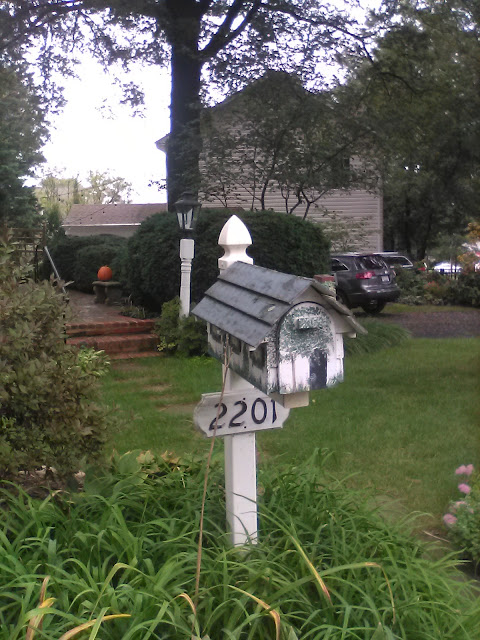 Corner yard, N Harrison St and 22nd St N, Arlington, Va., 12:25 p.m. September 26, 2020
*******
The pictures in this entry are from those I took over the past few days in D.C. and Arlington. As it is, I still have 145 pictures from my recent trip to Southern California -- Oceanside and San Juan Capistrano plus other parts of my travels -- to evaluate and a significant number of those to post. That will require a series of entries. 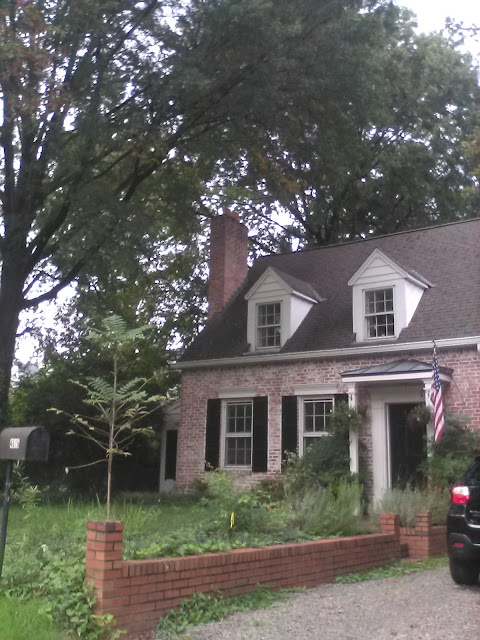 OK, I composed most of this entry on Tuesday night. I didn't actually complete it until Wednesday afternoon. This is reflected in some of the embedded links. However, I'm back-posting this entry to Wednesday wee hours. 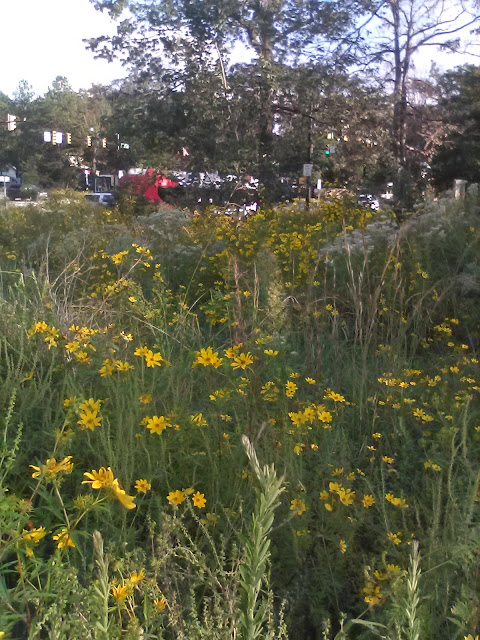 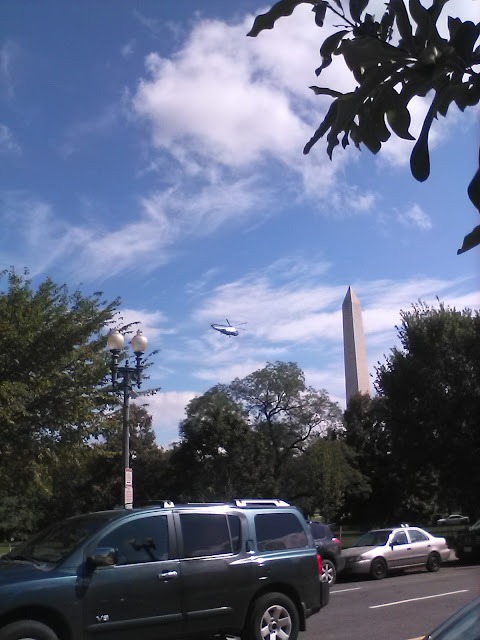 Marine One seconds after take-off from the White House, 2:20 p.m., Sept 29, 2020
To clarify, I'm almost certain this helicopter was carrying President Trump, and he was probably en route to the presidential debate earlier tonight in Cleveland. I believe this because the helicopter had just taken off from the White House and seconds later, it was joined in the air by two other helicopters to accompany it on the way to Joint Base Andrews. (Marine One always travels in that trio formation.) As for me, I was walking to my office at L'Enfant Plaza. 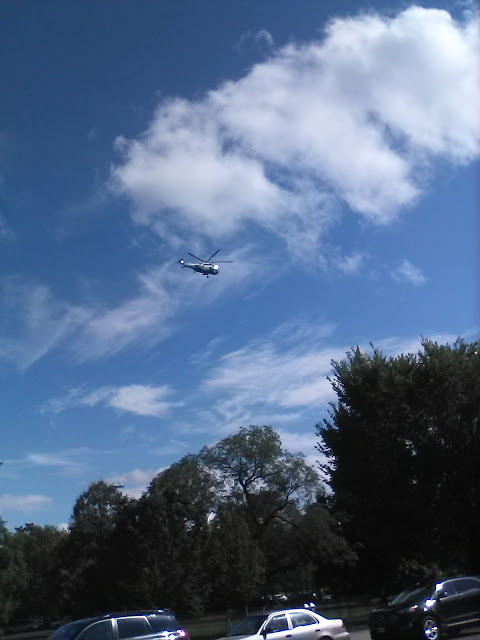 The second of three helicopters in the Marine One take-off formation by the White House, 2:20 p.m. Sept 29, 2020
Alas, if I had been about 5 minutes earlier, I could have gotten a picture of Marine One from by the base of the Washington Monument going right overhead. (Of note, the police -- not the MPD but one of the other forces, Park Police or uniformed Secret Service -- briefly block traffic on Constitution Avenue as Marine One arrives or departs the White House.) 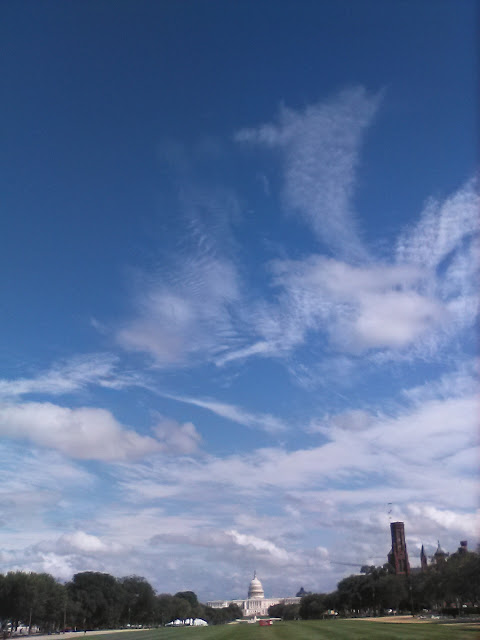 As the above paragraphs and pictures indicate, the first presidential debate between President Trump and Creepy Senile Joe is now over. I watched it on one of the YouTube channels, specifically, CSPAN-2, which had no commentary and commenting was turned off. The debate was about as I expected. Going into it, there were intentional super-low expectations for Biden on the part of the Illiberal Left Media -- precisely so that it can then engage in the usual Trump-era manic PSYOP to declare a magnificent Biden victory. In fact, it was a chaotic brawl exacerbated by a biased, hapless Chris Wallace sprawling wildly through many topics.
My own view is that being that it was a brawl, Trump (narrowly) "won" it, but I have no idea whether or how that shitshow will "move" opinion polls, most of which at this point seem their own versions of PSYOPs. 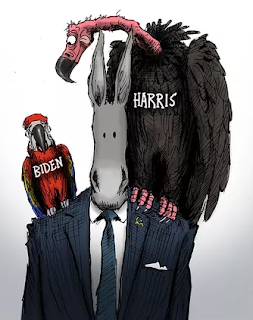 As it is, the libs are shitting themselves with the usual Cancel Culture Jacobins demanding the next debate be cancelled because the debates themselves represent "a direct threat to Black life." FWIW, my favorite line was President Trump quip on Biden's Covidiot nearly non-existent campaign rallies:
"Does the circles and has three people someplace ..." 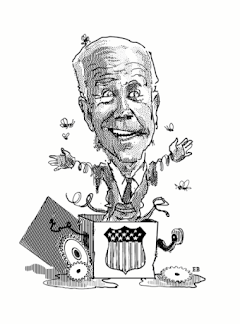 That's all I'm going to say about the debate. I will direct you to this lengthy deep dive piece by William Voegeli in the Claremont Review of Books addresing the question of why Biden is even the Democratic presidential nominee: The Weak Leading the Woke.
Fox's Brit Hume tweet summarized it as the following two reasons:
He's not Trump and he's still alive. The piece also gives a substantive overview of how Biden has no particular core beliefs and, in the current political climate and given his cognitive state, he will be in thrilled to the radical Left of the Democrats. 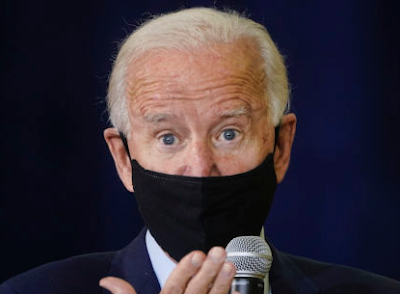 I should note that given my job, it is very much in my personal self-interest to have a Biden presidency. But there are bigger issues at stake. Anyway, I honestly have no idea what is going to happen in the election. If Biden's lead were to sink to under 6+ points, then I think the election is effectively tied given shy Trump voters in the current toxic political climate. It is an environment characterized by a violently emboldened, nihilistic Illiberal Left running a Marxist Cultural Revolution through Big Media, Big Tech, and Big Academia. It is combined with a hot urban civil war stoked by the Democrat Party and an endless, phony Covid pandemic. 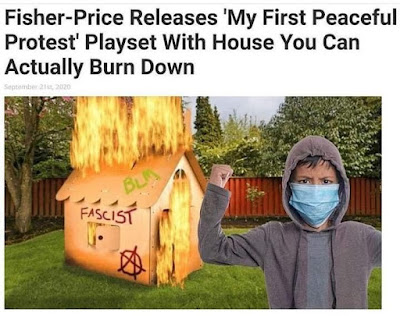 Confounding this situation, given the tens of millions of unsolicited mail-in ballots being plopped all over the country that are going to be a COMPLETE CLUSTERFUCK and SHIT-SHOW with high likelihood that the Supreme Court will decide which votes are counted or will just punt the issue to the House of Representatives, well, I REALLY have no idea how it will end. 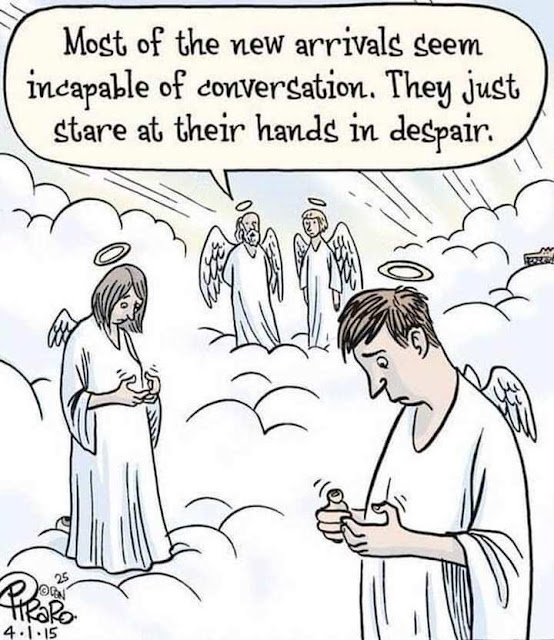 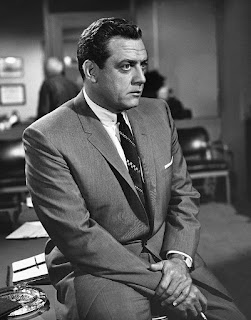 About one of those shows, legendary Perry Mason, aired on MeTV at 11:30 p.m., it has cycled back to the beginning last night with "The Case of the Restless Redhead" (first aired Sept 21, 1957). This followed last Friday night's airing of the series finale "The Case of the Final Fade-Out" at the end of season 9.
Just FYI, I was born 3-1/2 years after that very last episode (Nov 26, 1969). 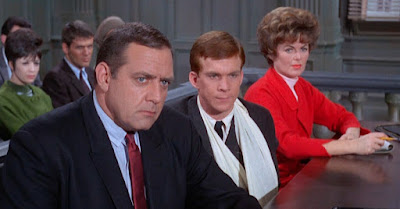 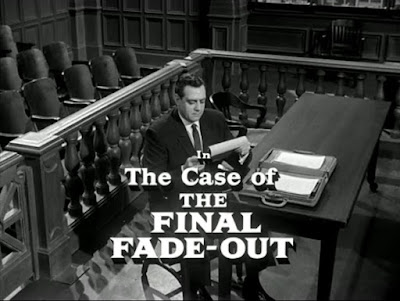 Oh, yes, I am specifically avoiding any reference to the "new" Perry Mason series on HBO. Given it is on HBO, I'm sure it's hyper-violent, ultra-WOKE garbage -- and will be gone after one season, two tops. Fuck you, Matthew Rhys. Asshole. 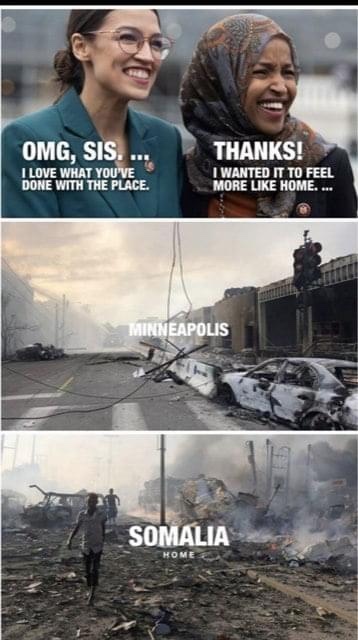 Oh, and of course, the media reviews are all by this or that dickhead Millennial who knows less than nothing. I refer to the properly orifice-masked and social distance-and-virtue-signaling, WOKE fundamentalist he/she/it lifeforms -- regardless the pronoun of choice, all Ezra Klein angels -- who live and breathe "cancel culture" and are hateful, braindead ignorant parasites on the good and the make the world the grotesquely morally warped place it is today.
Sigh.
Changing topics again ... It's an overcast, showery night -- the air temperature some Air temps are around 62°F with dew points around 56°F. There are heavy showers in the region but not moving particularly fast east-to-west.

NWS WPC NDFD U.S. surface weather map forecast with type and likelihood of precipitation looped in 6 and 12-hour time steps, 6Z 30 Sep 2020 - 00Z 02 Oct 2020
Once tonight's system clears the East Coast, a secondary cold front will bring another chance of showers on Thursday night -- but only after another warm day (75°F to 80°F highs here). Thereafter, it should be breezy, dry, and cool for several days with highs around 65°F and lows around 50°F. 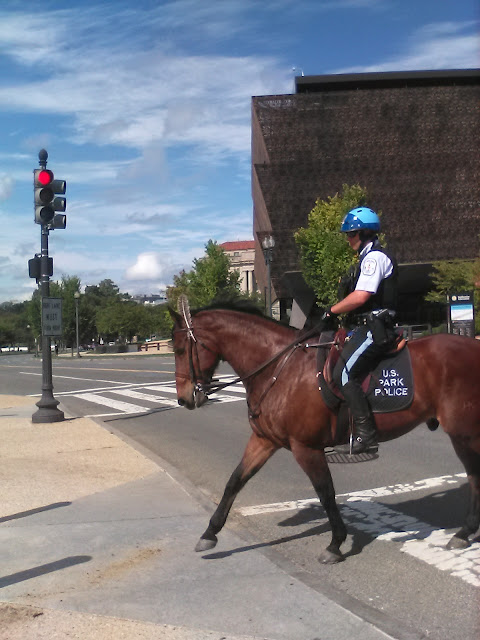 Of note, the Sterling (LWX) NWS radar went down in spectacular fashion on or about Sept 20, 2020 as a result of the failure of some vital component called a bull-gear. It is going to be down for weeks, or so it sounds like.
As a result, LWX is reliant on neighboring NWS radars for its county warning area. 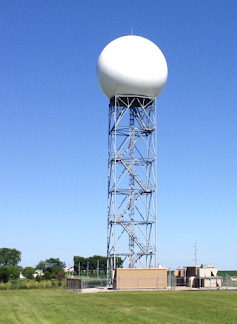 These include the usually-upstream Pittsburgh NWS (PBZ) and Blacksburg NWS (RNK with FCX) radars and the usually-downstream Philadelphia / Mount Holly (PHI with DOX) and Wakefield NWS (AKQ) radars, plus State College NWS (CTP with CCX) radar. To clarify, not all WSR-88D radars are co-located at their forecast offices. For Sterling, it is.
Maybe Sterling should have just had the terrified and/or virtue-signaling Covidiot paranoiacs puts more masks on it. I'm sure the WaHoPo can oblige with that sort of effort.

NECONUS base reflectivity radar mosaic, looped 0118 - 0228 UTC 30 Sept 2020
The NWS radar mosaic static and looped images are still being put together (see image directly above). The radar images have looked a lot wetter than what is falling outside my window.
OK, that's about all for now. I'm just not going to let this entry run out of control in length and complexity. 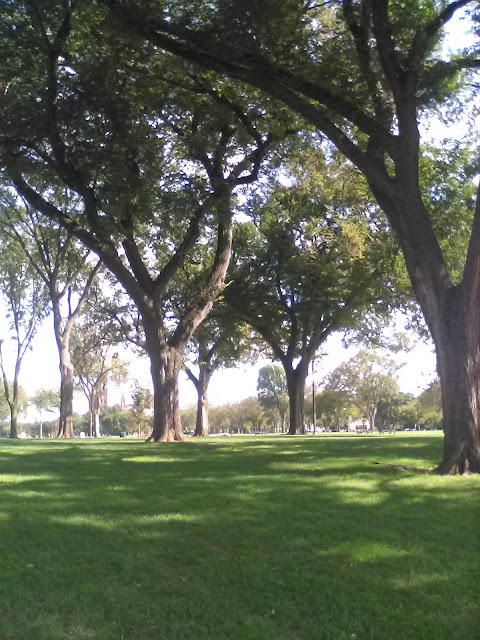 Just as a minor update, I haven't been feeling well today. I put the blame on my Monday evening with Tim, which was a disaster.
By way of explanation, I spent the afternoon with him, or at least I tried to do so, in Arlington. In the end, despite a good start to include a nice lunch at Ted's Bulletin in Ballston, it didn't go well. At all. 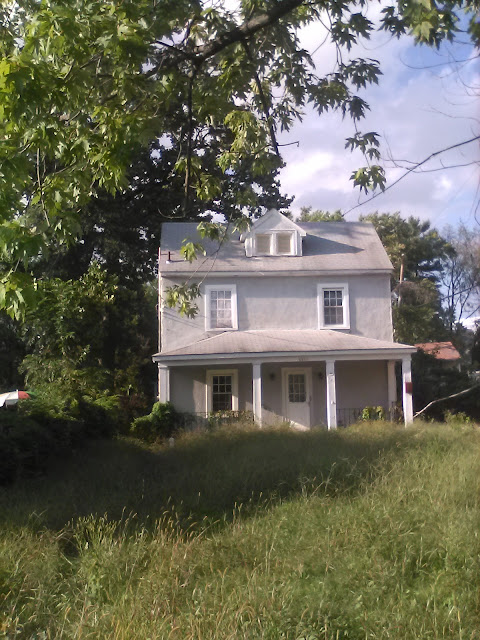 I just wanted a nice day and not have it end abruptly and unexpectedly at depressing dusk in some weird no man's land (the start/end point of the W&OD trail). But nothing involving interpersonal relationships EVER works out. 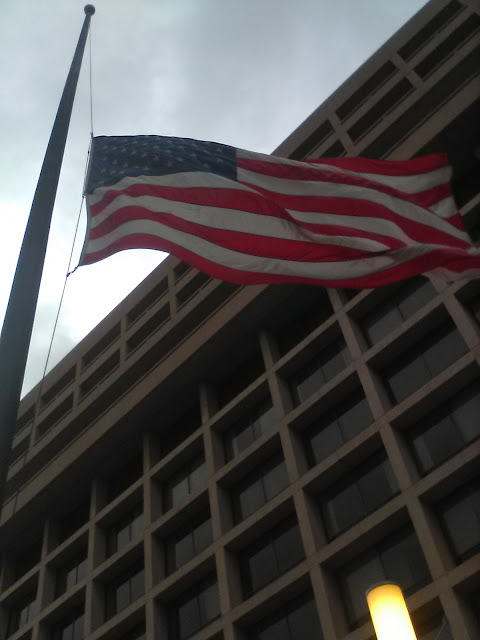 I just have to remember to make no plans except those involving no one except myself by myself. And, yes, I realize I overreacted but it's always that mentally / chemically imbalanced way.
Sigh. 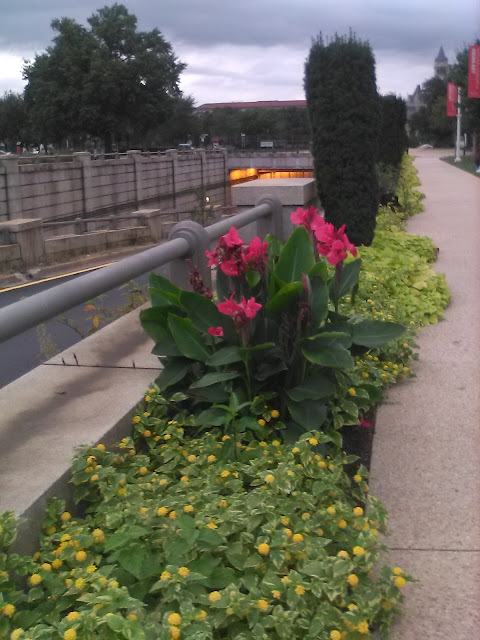 OK, that's all for now. My intention is to post additional entries on most nights this week.
--Regulus
Posted by Regulus at 3:04 AM