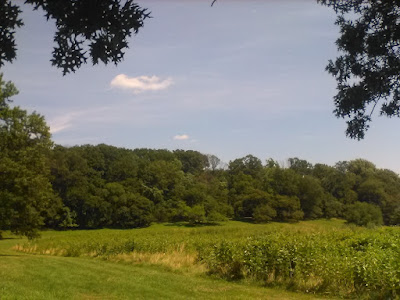 Field and nearby forest as seen along Military Road NW, Washington, D.C., 3:09 p.m., July 26, 2020
The pictures in this entry are those that I took this weekend -- both Saturday and Sunday -- and a couple today on my walk into the office via the National Mall. 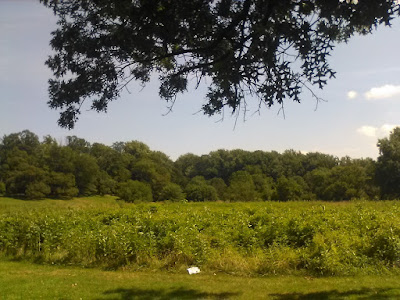 
Monday early afternoon.
Apologies for no update last night, but my home computer is dead, kaput. More on that in a bit. 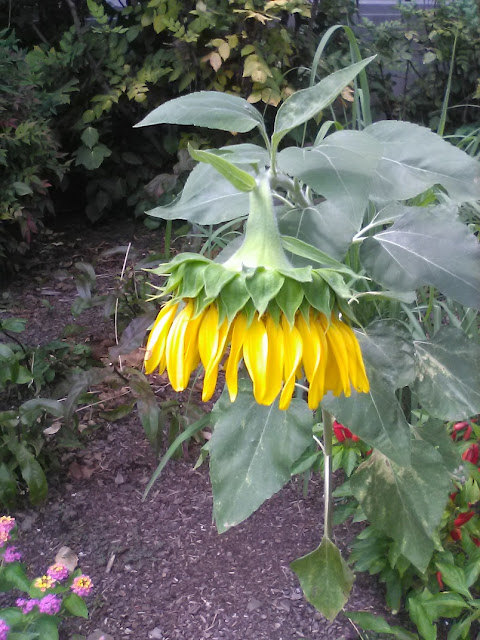 It was a chaotic weekend -- although having said that, I have to admit that I have some rather good friends these days. This includes Andrea, who was there for me immediately on Saturday night no questions asked. It also includes Fred, Doug, and Aydin, not to mention Gary. 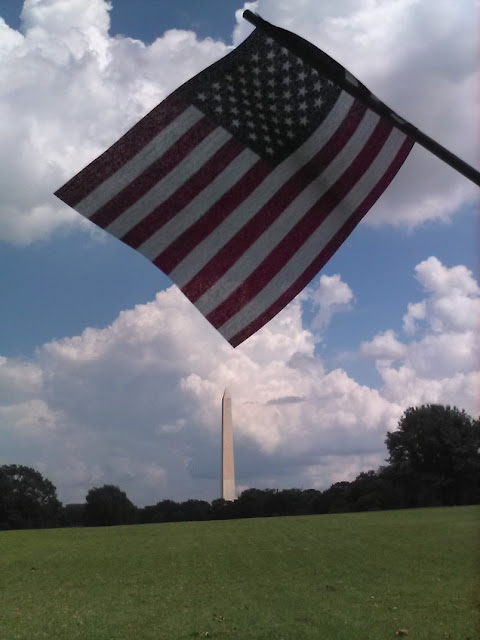 There was a situation on Saturday into which I am not going except to say it could and would certainly pose a significant problem for me professionally were any linkage to be made. I'm hoping my general anonymity to include no online presence -- well, except for this blog, which almost no one reads -- will protect me. Were trouble to arise, though, I guess I would just handle it appropriately for manner in which it came. 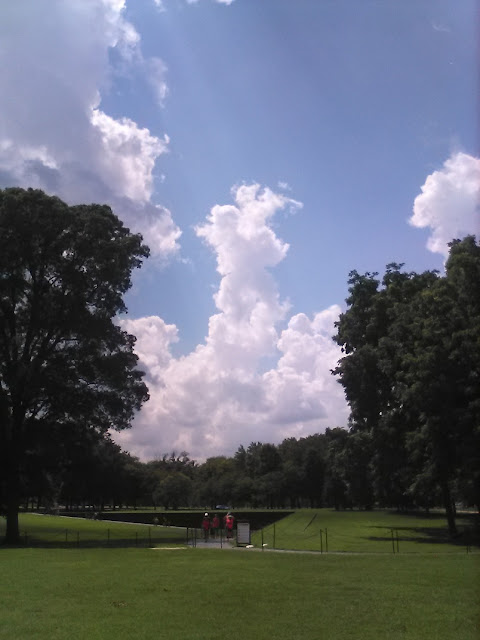 As a result of what transpired, I was given one of those Covid-19 tests -- the one where a long Q-tip is uncomfortably stuck WAY your nose and makes you tear up immediately -- and it came back almost immediately -- like, within a half hour -- and I was NEGATIVE.
Now even if there are no personal ramifications, nonetheless, I will still have a sizable medical bill just for that visit.
And I'm just going to leave it at that. 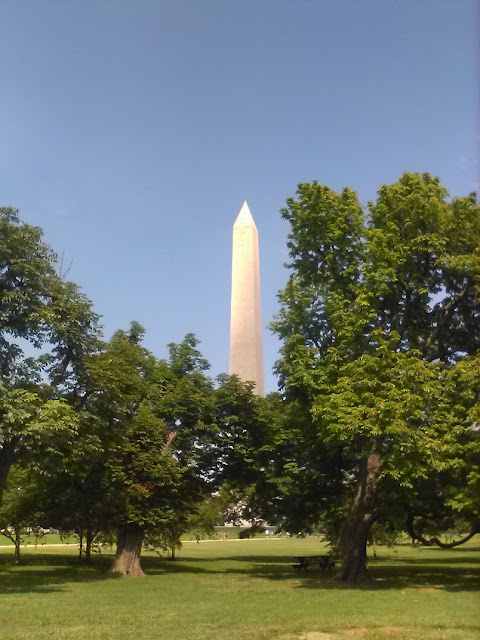 As for Andrea, as I said, she was totally there for me -- immediately and no questions asked. Honestly, I can't think of a better and truer definition of friendship than that.
Had it been my mother, well, given that she is already on the opposite side of the observable Universe, so to speak, she would have red-shifted herself beyond any cosmic horizon, again, metaphorically speaking. That reminds me, I need to call my dad down in Florida. My visit there is less than three weeks away. 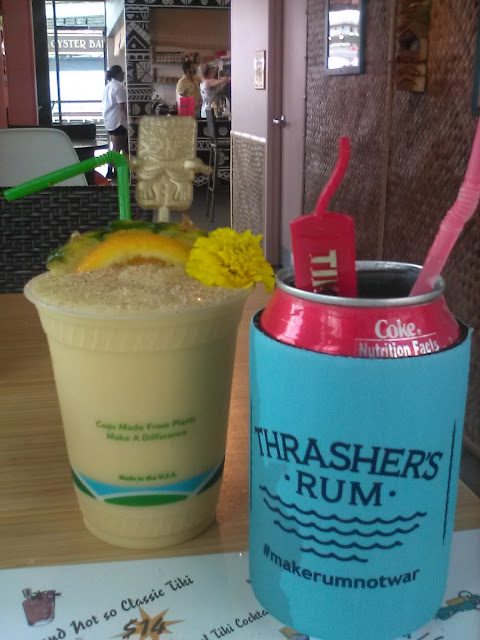 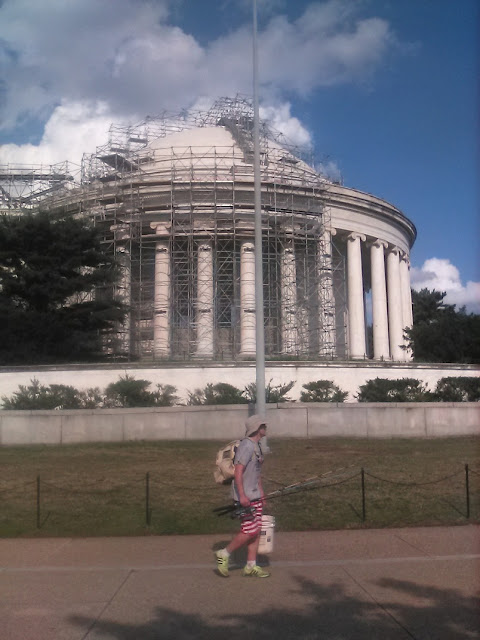 Yesterday, I took the Metro to Friendship Heights and walked to Gary's place. He lives near Carter Barron amphitheater just off 16th Street. My plan had been to walk the entire way along Military Road including the part where it transits Rock Creek Park (see Google satellite view map directly above). It's about a three mile way. 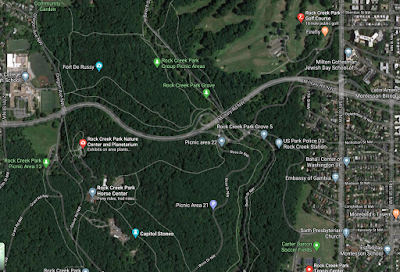 The first two-thirds or so of the walk along the busy two-lane street is through the upscale residential stretch of Upper Northwest D.C. But it becomes what the British call a "dual carriageway" where it cuts across the widest swath of Rock Creek Park. 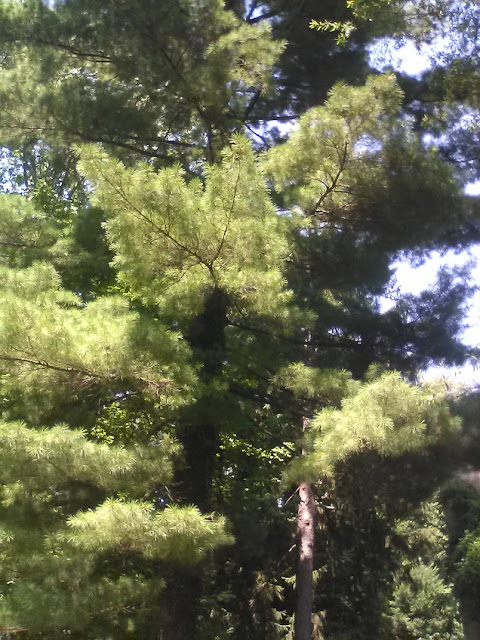 It is possible to walk along a grassy embankment beyond the sturdy guardrails even though one is physically close to the traffic. But things get tricky ending east, specifically, where it crosses over the Rock Creek itself. Although there is an enclosed walkway on the westside (northside) lanes, as the highway curves upward to the 16th Street ramps, the shoulder disappears and it is really not possible to walk in anything remotely approaching a safe situation. 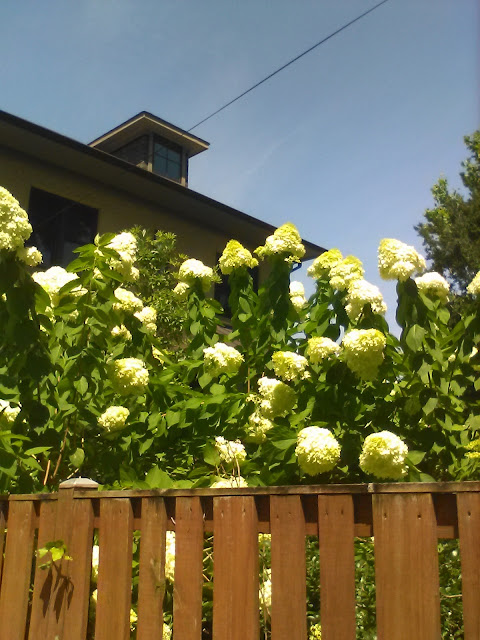 What you should do in that situation is go down into the park and walk along one of the trails that follows the winding stream or, alternatively, walk along Beach Drive, which is typically closed to most vehicle traffic on the weekend. Actually, the best thing to do with walk up Oregon Ave a bit to a trail that follows Military Road, but even that gets confusing at Beach Drive. 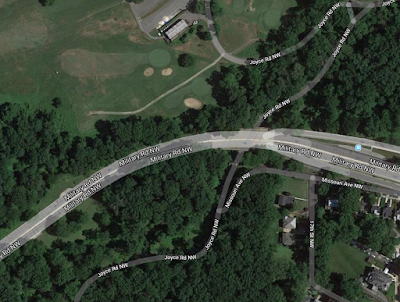 So, instead of trying to tackle a dangerous highway, was to climb but a thickly tangled embankment -- immediately getting engulfed in a nasty thicket of briars and other tangled invasive junk that chokes so many urban forest floors. Thank God I had on thick cargo pants and hiking shoes. Eventually, I popped out onto Rock Creek Park Golf Course near some guy in a golf cart. No, I don't remember the hole. 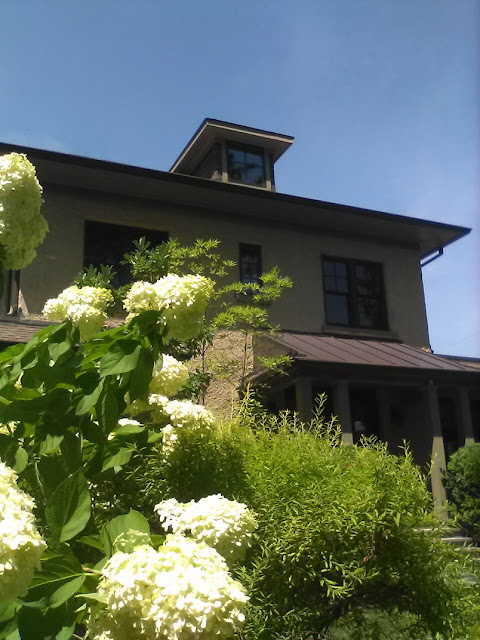 Once on the (edge of) the golf course, I was able to walk directly over to 16th Street by Rittenhouse Street and then had to walk a half mile in the hot, bright, sweaty sunlight to Gary's place, where it was dark, carpeted, and delightfully air conditioned. We watch a few episodes of The Golden Girls and ate outside at Moreland Tavern (the inside is still closed anyway). He then drove me to Fred and Doug's for the Sunday night soiree with them and Aydin. 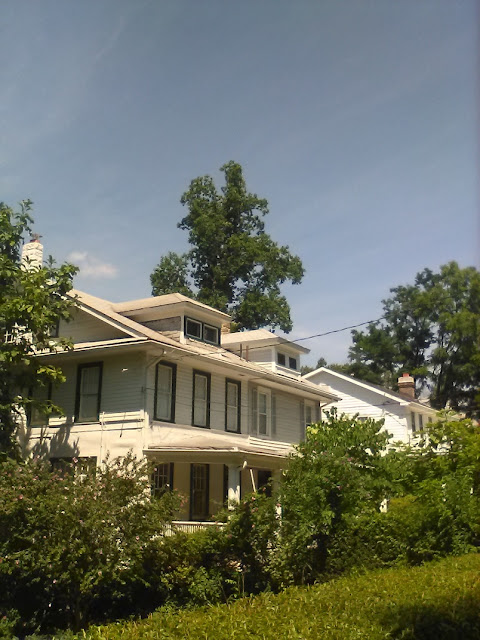 When I got home, and I tried to log on, my old, eight-year-old computer -- in terrible shape -- simply would not boot up. I think the thing is dead. So, unless there are any issues of what I mentioned above, my plan is to bring home my computer nightly -- in the fashion that I used to do in one of my previous jobs. 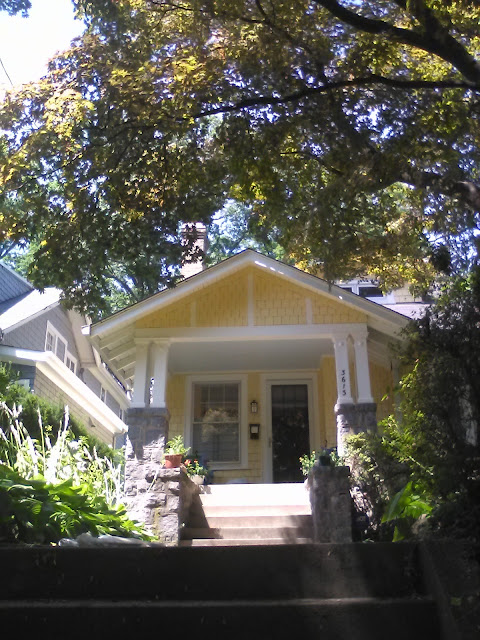 Alas, all the files on it to include nearly a decade's worth of daily financial expenditure spreadsheets in maybe 5,000 images back to 2010 and earlier are all gone. Of course, in the end, having that many files is sort of pointless. One way or another, they all just end up vanished into the internet ether and represent nothing. 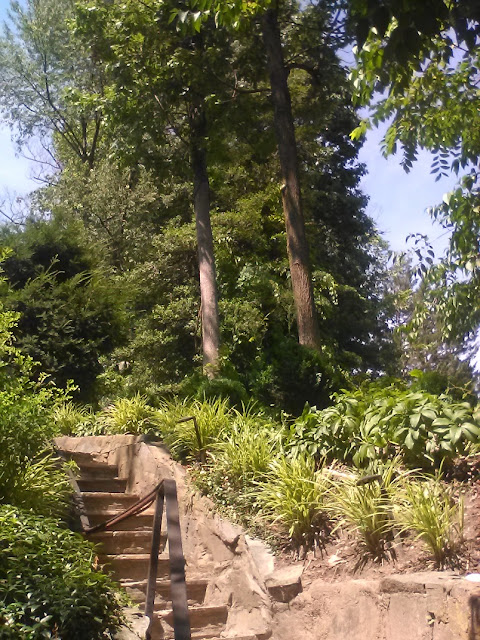 I don't think I should have a problem with internet connectivity with this work computer when home, but if I do, then my blogging schedule will be curtailed. As it is, I've posted so many entries lately, and there is really nothing I want to say that I haven't said in scores of postings in the past five and especially two months. 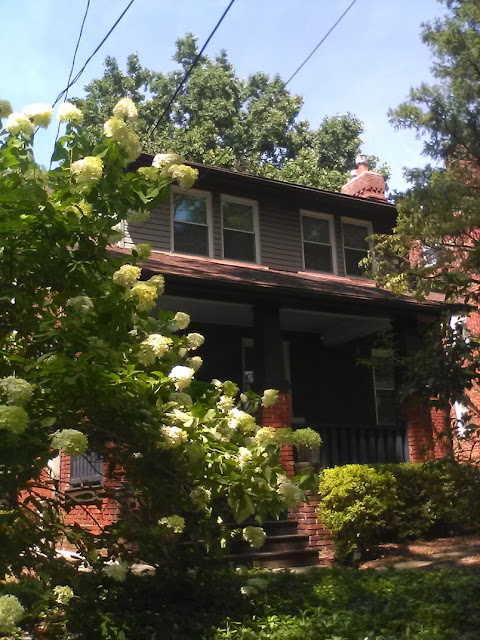 Above: An inviting looking house along Military Rd NW, Washington, D.C., on a summer day. I wish I could live in that sort of a house instead of an endless array of depressing, impersonal urban apartments.
*******


OK, that's all for now. I'm not entirely sure when my next entry will be -- possibly not until later this week.
--Regulus
Posted by Regulus at 2:01 PM