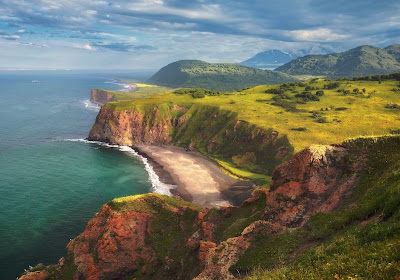 Rugged coastline of the Kamchatka peninsula
*******


This entry contains scenic pictures that are wholly unrelated to the topic at hand. The pictures (all downloaded off the internet) are intended to break up the text with pleasing and even outright stunning beautiful coastline and mountain images. 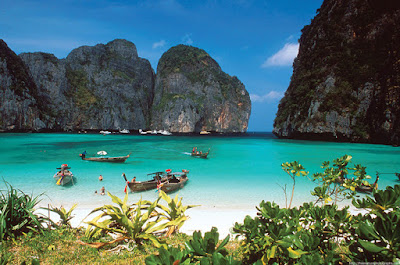 Except for the lead one, I am not captioning them but there are four sets of pictures as follows:
The first two sets: Indonesia's Raja Ampat Islands off the northwest tip of Bird’s Head Peninsula in West Papua and Peru's Lake Humantay and Vinicunca, also known as Rainbow Mountain, plus some views of the country's ruggedly arid Pacific coastline. I've always loved that desert-meets-ocean contrast. 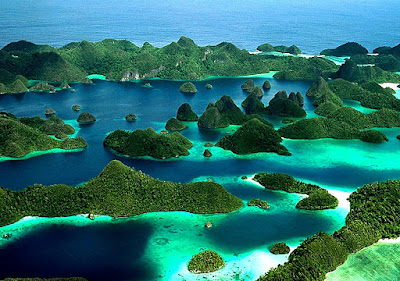 The second two sets: Rugged coastline imagery and one snowy mountain forest scene from Japan's Hokkaido Island; and the likewise powerfully rugged and chilly beauty of the Kamchatka Peninsula. 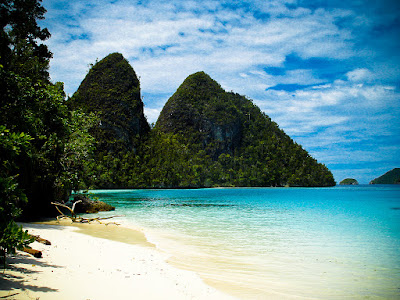 For this entry, I'd like to focus a very worthwhile piece in the National Review by Christopher Caldwell: Ibram X. Kendi, Prophet of Anti-racism.
Reading it, you can understand how virulently and societally destructively racist is the "anti-racist" garbage that is peddled by Ibram X. Kendi and other who come from the race-based Cultural Marxism of his ilk. 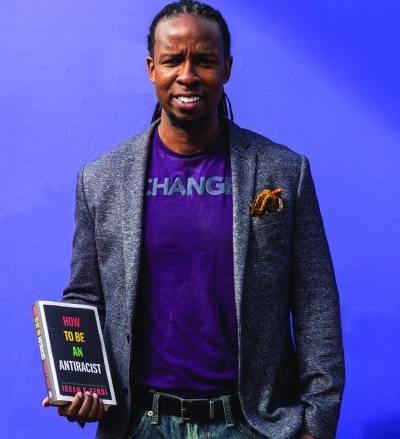 Such vileness, of course, was nurtured for decades in the hot house of America's WOKE Big Academia racket -- just waiting to spectacularly burst out into public with the right set of circumstances. What's shocking isn't how virulent, destructive, and circular hate-based reasoning is thing that calls itself "antiracism," but also just how nihilistically stupid is the whole morally warped enterprise. 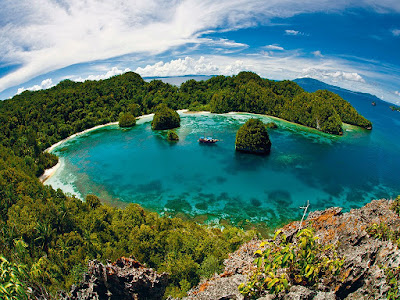 To follow this cultic, all-encompassing, all destructive ideology is to basically destroy your mind and soul, and the only sensible approach is to flee from it. However, this cult defines the American Left and in the Trump era, it has completely hijacked not just the Democratic Party but the country's mass sociological underpinnings and culture. 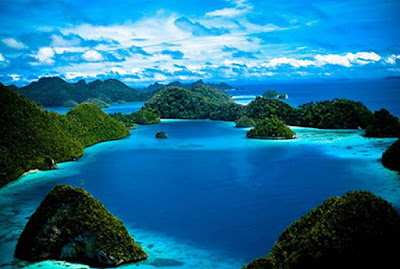 It has done this not just through its media enabling propagandists and deranged HR departments, but more broadly via a mass culture defined by the collapse of all hierarchies into a social media black hole and the complete nihilism of the identity-fixated, gender-fluid under-35 year old set. Combined, this toxic stew has created the general reign of WOKE terror this has cowed corporate America into complete cancel culture surrender. 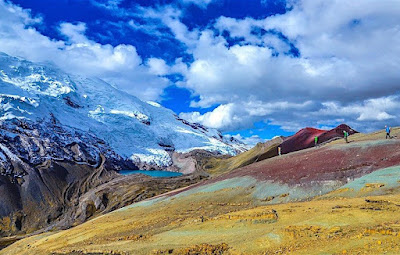 ]About the antiracism and WOKENESS cult, it's worth noting that a growing number of African Americans are realizing the virulent racism embodied in the "dehumanizing condescension" of WOKNESS and its amoral hucksters engaged in an endless Orwellian language loop. 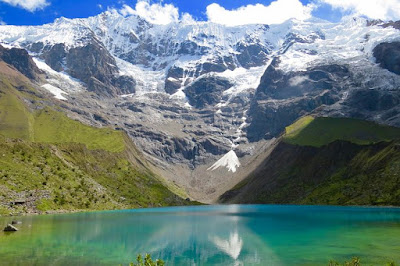 Even worse than this corporate consultant's pile of steaming horseshit is the the murderous plague of urban warzone-like violence that the "defund the police" on black communities. The "defund" concept itself is based on a set of intentionally erroneous BLM-provided assumptions. For that, look no further than Lori Lightfoot's Chicago. 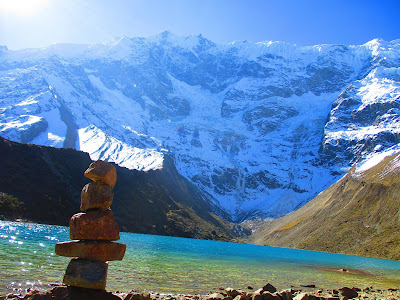 Here is the first of three excepts from the National Review piece by Christopher Caldwell:
In Kendi’s book — which, it bears repeating, has been for much of this summer the best-selling nonfiction book in the United States — the line between white supremacists and climate-change deniers, between white supremacists and opponents of Obamacare, is hard to draw or discern, and a harried schoolteacher who doesn’t call on enough black students is a racist abuser deserving “zero tolerance” from the law. 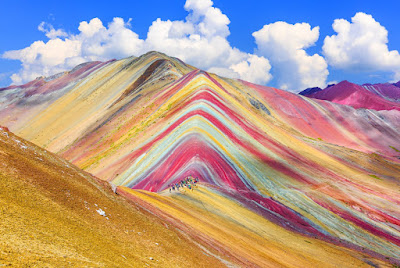 Engaging in endlessly circular reasoning that is as societally destructive as it is internally non-serious, we see that, Kendi is himself an intellectual simpleton who, in a time not as ignorant, hateful, and pointless as this one, would be considered a crazy man worthy of only being ignored. 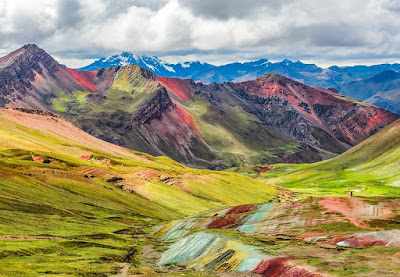 But since we we must pay attention to him in THIS particular historical moment of the United States, let's just state the obvious that Kendi's belief system is so destructive of society, so cult-like destructive of itself, and so, well, combination Cultural Marxist and fundamentally fascistic. 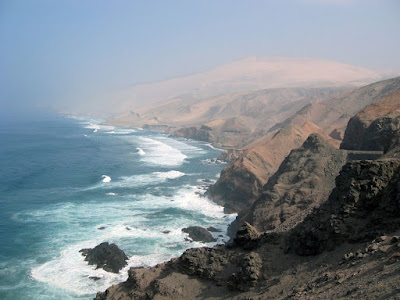 Kendi's belief system is derived, as these things invariably are, from his own mental pathologies about his own story and experiences -- In short, the Cult of Antiracism embodies a totalizing race-based approach to racism that Hitler himself, in a different context, would fully accede to its poison. 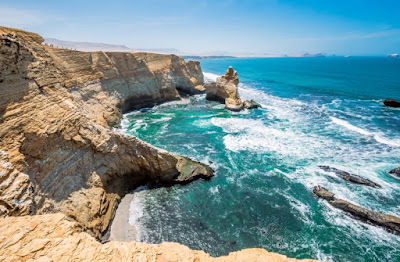 The self-destructive nihilism of it reveals its true character in the fact that the BLM Marxist-Leninist front utilizes violent Antifa anarcho-mobs to destroy our once-great cities such as Portland and Seattle. 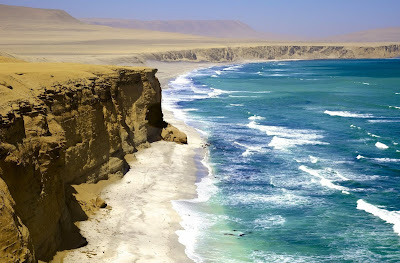 One piece from Caldwell's piece is worth quoting about why so much of corporate America went wildly WOKE when the social unrest exploded in late May / early June after the George Floyd killing:
In African-American studies departments you can address racial problems in an atmosphere of esprit de corps and ideological unanimity. Because they traditionally had a different academic culture than other university departments, it long seemed natural to ignore them. But their very isolation has turned them into mighty bases for consciousness-raising, dogma construction, and political organizing. They are Internet Age equivalents of 19th-century Fenian Brotherhood lodges. It is from these hives of like-minded activists that the country’s human-resources departments have been staffed. That helps explain how, within hours of the first urban protests in June, hundreds of far-flung corporations had spontaneously and independently produced identical press releases and Facebook posts, identical right down to the catchphrases. 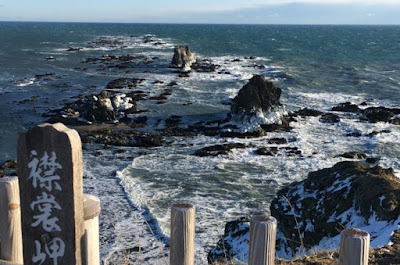 In terms of the end state result of this garbage on society, Caldwell writes:
It is difficult to imagine a reform more likely to drive American ethnic (and other) groups apart than the much-discussed project of defunding, or even abolishing, urban police forces. It is a matter of basic anthropology that, in the absence of a neutral arbiter, mutually mistrustful groups will provide for their own security. First they will isolate from the groups they fear most, and then they will build up their defenses. The alternative to the police is not social work -- it is the Second Amendment. More than twice as many guns were sold this June as last June. 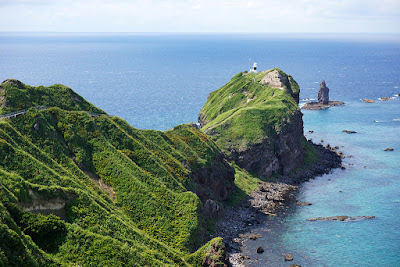 It's no stretch to say that the virulently racist "antiracism" of Ibram X. Kendi and its illegitimate offspring of WOKE cultic indoctrination of Robin DiAngelo's White Fragility brainwashing manual will INVARIABLE result in PRECISELY the very thing that SHOULD horrify any sane, compassionate, and tolerant progressive: A brutalizing, dehumanzing race-base apartheid society. 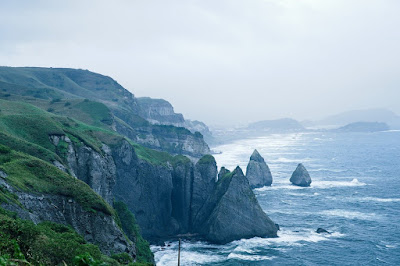 Consider that DiAngelo herself urges "whites-only support groups" and that white people refrain from any normal human behaviors around African Americans to include any show of emotions. That is, she demands whites, while forever in weird supplication for their "Original White Sin," treat African Americans as nothing less than mentally disturbed and damaged young children who must forever be cosseted. 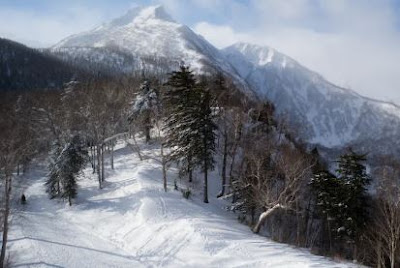 In fact, it's not a stretch to say she sees it as the duty of whites to treat American blacks as some sort of weird racialist-minded experiment on lab rats. Yes, it's identity politics and intersectionality taken to its reductio ad absurdum conclusion. Yes, that's the dark irony of it is that Robin DiAngelo is basically peddling a postmodern, post-liberal American society version of white supremacy. 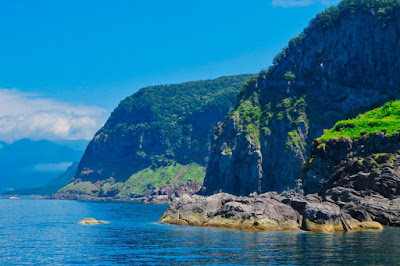 It's my view that this is EXACTLY what Kendi, DiAngelo, and Ta-Nehisi Coates, the third member of this Marx/Engels/Lenin identity politics troika, seek as an end-state in a society defined by endless identity-based brainwashing and identity-based forcible expropriation of wealth. This is the manifestation of their Marxist-Leninist mindset that craves totalizing implacable race-defined class conflict. Forever. 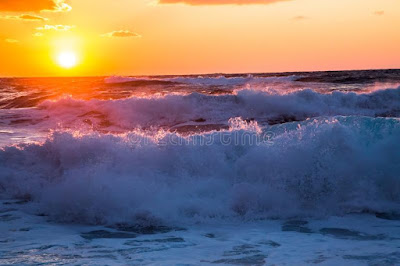 Having said that, they are much too historically stupid in that American navel-gazing sort of way to grasp that such attempt would lead, relentlessly and inexorably, to the violent breakup of the country -- and leave them in some Antifa / BLM warlord dystopian state. 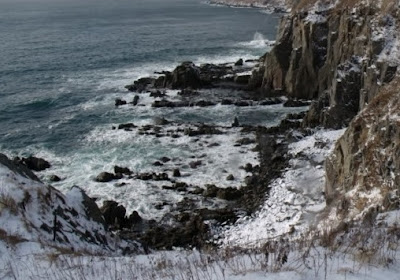 As I close out the entry, this brings me to a some profound insights about the nature of WOKE movements by John Gray that that writes in this excellent piece [link embedded]: A cautionary tale for today’s ‘woke’ movement.
Gray writes: "...woke movements are pretty much confined to decaying liberal societies...With its epicentre in the United States, wokery is essentially a spasm in formerly liberal cultures, which assert a peculiar sense of their own superiority by turning on themselves and their history. " 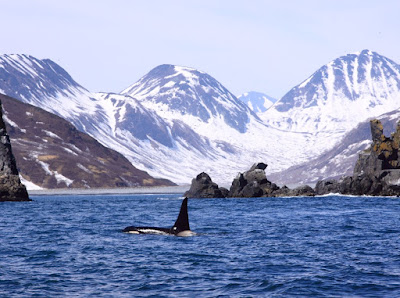 In the end: "The woke movement faces a similar debacle. As they become more hyper-liberal in their values, formerly liberal societies are becoming more fearful and authoritarian. Renouncing the idea of truth for the sake of some hopeful political project isn’t just immoral. It doesn’t work. 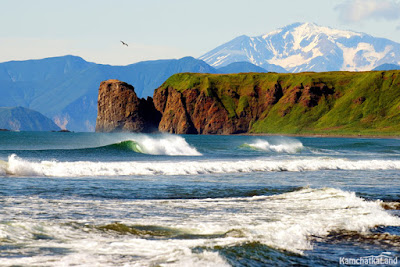 This brings me back to my original point: The sheer pointlessly nihilistic and self-defeating stupidity of such a virulently racist concept that is given the Orwellian counter-term of "antiracism" and its grotesque WOKE offspring. So, in conclusion, if Ibram X. Kendi's deranged, spasmodically racist ideologies are the answer, then the question can only be: How does one bring about the destruction of civil society by turning everyone a hate-filled psychopath? 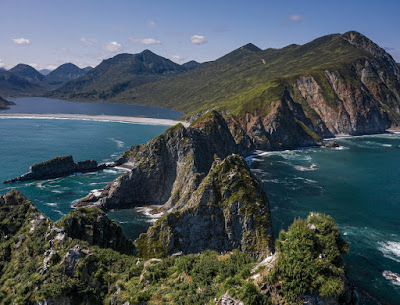 OK, that's all for now. I was going to write a personal update, but I think I'll hold off on that until either tomorrow or Sunday night. Tomorrow, I think I'll just go to Alexandria since I can't abide being here in D.C.
--Regulus
Posted by Regulus at 11:27 PM