Sunday Afternoon Matinee for July 12th, 2020: Some Notes from D.C. Rancho Wacko In the Time of the Covid-19 WOKE Dictatorship 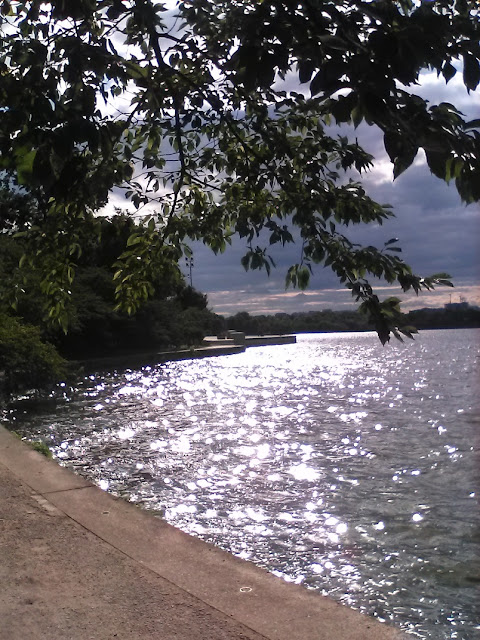 
Of note, the weather was transitioning from a summery warm (85°F-ish) and very humid morning (dew points around 72°F) following the near-miss of (Sub)Tropical Fay -- which brought windy, heavy rainfall to the Jersey shore and into New York City -- into a slightly drier airmass but still quite hot given the July calendar date. 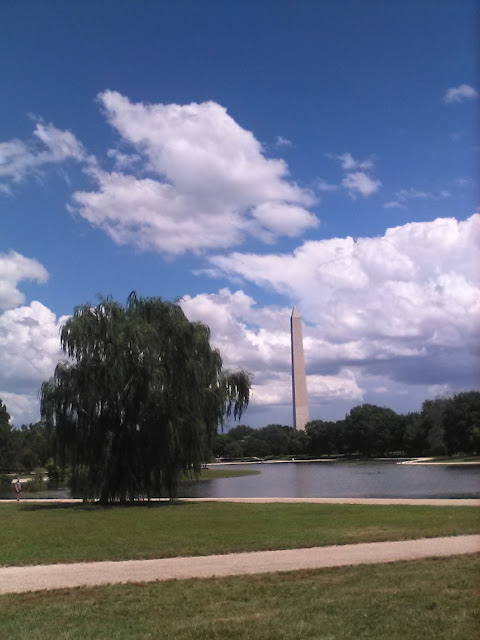 
The KDCA high was actually 93°F while the dew point fell to about 62°F as a gusty northwesterly wind kicked up behind what amounted to a weak cold frontal passage (unsure if it was actually "analyzed" as such on the weather map). In addition, the convective cumulus clouds had given way to flattened stratocumulus clouds, which gave the sky a distinct fall look (see images directly above and below taken 3 hours apart). 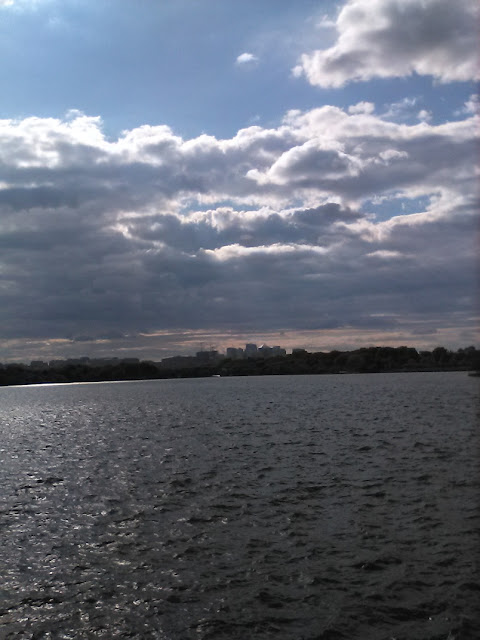 
So, this entry is Sunday afternoon brief update since I didn't post anything last night ...
About last night, I fell asleep around 10 p.m. I couldn't even make it through the Svengoolie-hosted monster movie on MeTV as part of the Super Sci-Fi Saturday night lineup, although truth to tell, the movie actually wasn't that good. I don't remember what it was but it starred Peter Cushing. 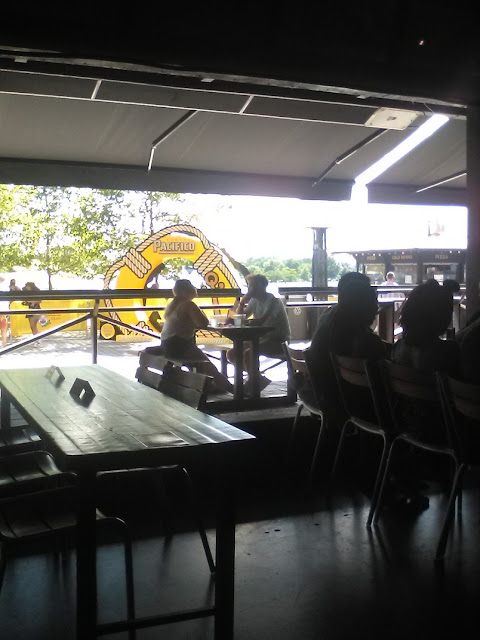 
I had gone out earlier -- walking to my office at L'Enfant Plaza in order to take care of some matters before Monday and then walking back. My route back took me to the District Wharf area, where I was able to stop at The Brighton (see image directly above).
This was actually my SECOND indoor "dining experience" in D.C. since the Covid-19 FULLY WOKE media panic porn pandemic began in March. (My last such one was at Sette Osteria on Connecticut Ave on March 16th.) The first such experience on Friday was actually a lot nicer. It was at Angolo Ristorante Italiano at M and 30th Streets NW in Georgetown on Friday late afternoon, specifically, in the outdoor dining area (see image directly below). 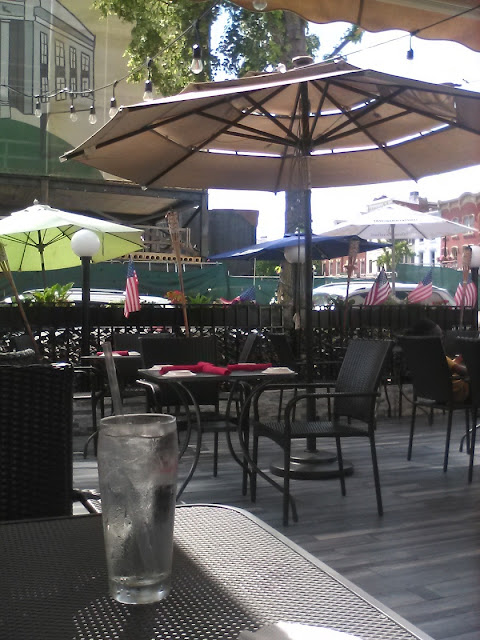 Outdoor eating area, Angolo Ristorante Italiano, Georgetown, Washington, D.C., 4:02 p.m., July 10, 2020
As for why I was in Georgetown on Friday mid/late afternoon and in my office on Saturday: I didn't go on Friday at all because I had a 2 p.m. teleconference meeting and it just didn't make sense to walk to L'Enfant Plaza after 3 p.m. However, I had to do a few administrative matters including changing my passcode before Monday, so I went there on Saturday and incorporated that into my longer walk. 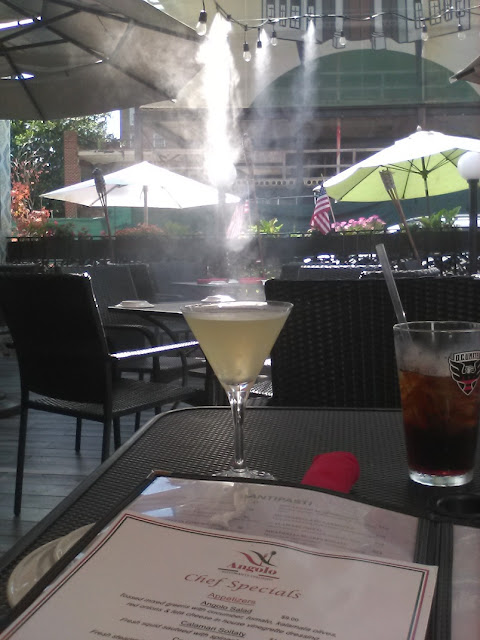 
As for Friday, while (Sub)Tropical Storm Fay was busy missing D.C., the weather featured hot sunlight and humid conditions with temps around 90°F and dew points about 71°F. However, Angolo has a small, semi-enclosed outdoor eating area on the 30th St side that is shaded with large umbrella-like overhangs and there is an array of misters set up that made it a lot more pleasant than the temperature, angled July sunlight, and dew point would have suggested. 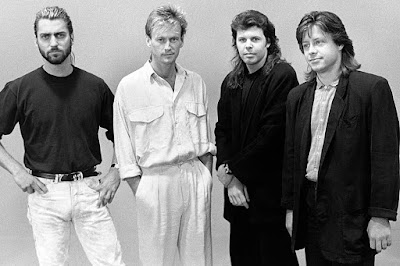 As an aside, I believer that Mister is also actually a surname, so that there are men with the strange title of "Mr. Mister" in the world (and, I guess, Mrs. Mister). So if Mr. Mister had misters, it would be Mr. Mister's misters. Or, I guess, that would refer to misters belonging to the now-disbanded band Mr. Mister of "Broken Wings" fame. 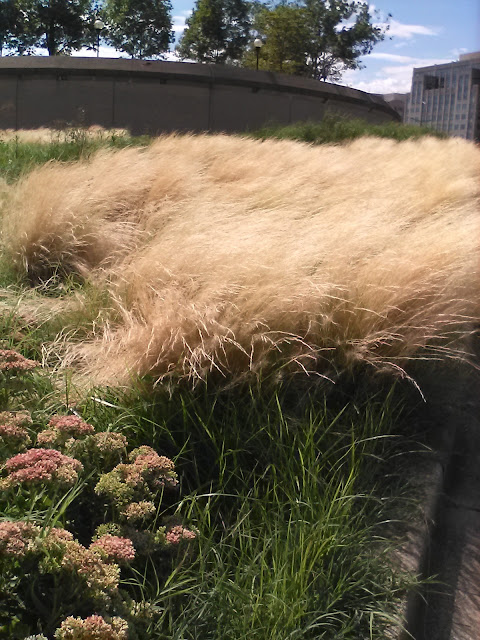 
As for life here in D.C. during the grotesquely intertwined Covid-19-infused Medically and Culturally WOKE dictatorship in which we are living ...
I'm getting used to the whole eating-out-in-Pyongyang, D.C. during this screwed up time. You walk in with a face mask on, even if it is an outdoor place, and you don't pay with cash. But you can be mask-less when you sit down, as if that makes some big difference. Given the increasing fraudulency of the whole thing (no, it didn't begin that way, but it certainly is now), I guess it doesn't even matter that it's internally nonsensical. 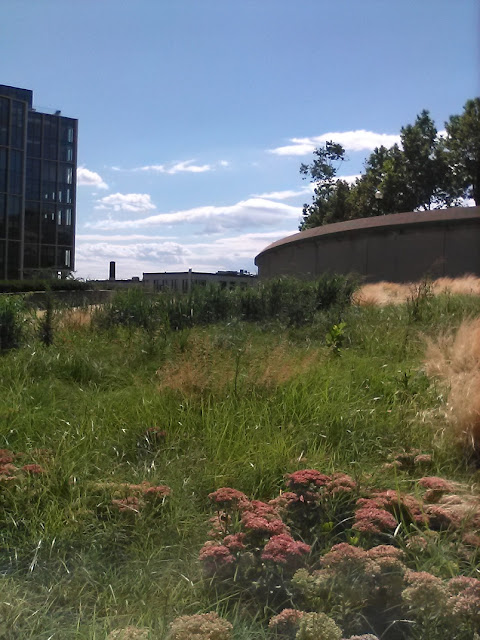 
Then, you have to order food in order to have any alcohol, but some (most) places will let you have alcohol before your food order arrives -- or even allow you to get the food order to go and have the drink inside. Bar areas remain closed and will likely remain closed until the spring, by which point, the entire absurdity of the situation (millions of cases and a CFR no worse than a bad flu season) should have caused it to collapse on itself, but I'm not fully sure of that. 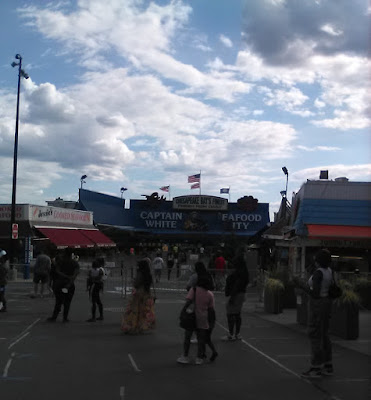 Captain White's Seafood City, SW Washington, D.C.,
5:22 p.m., July 11, 2020
Yes, as you can see in the picture, everyone is properly socially distanced and Madam Mayor Muriel's muff is masked, so the local hysterical whore media are happy. However, the name "Captain White" is deeply problematic and "embodies violence" against WOKE sensibilities.
******* 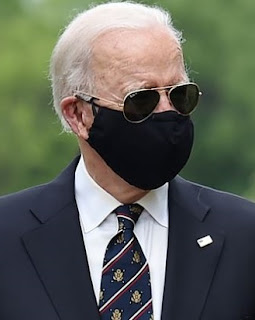 
Anyway, I had a few drinks at The Brighton and then walked via Maine Ave SW (I think it's still officially called Maine Ave SW and hasn't been BLM-ified yet) along the Washington Channel toward the Tidal Basin and thence around and up to the Lincoln Memorial and home. 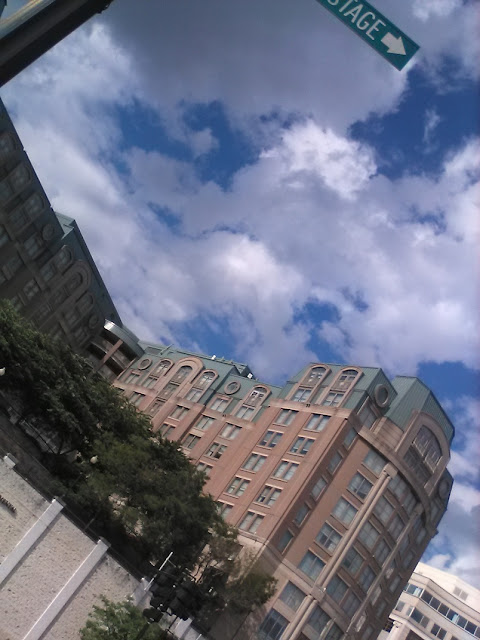 
I stopped for about an hour by the Jefferson Memorial -- still standing, not obliterated by Antifa animals and, what's more, with a shiny-clean dome free of its biofilm plaque plague but not quite yet free of scaffolding. 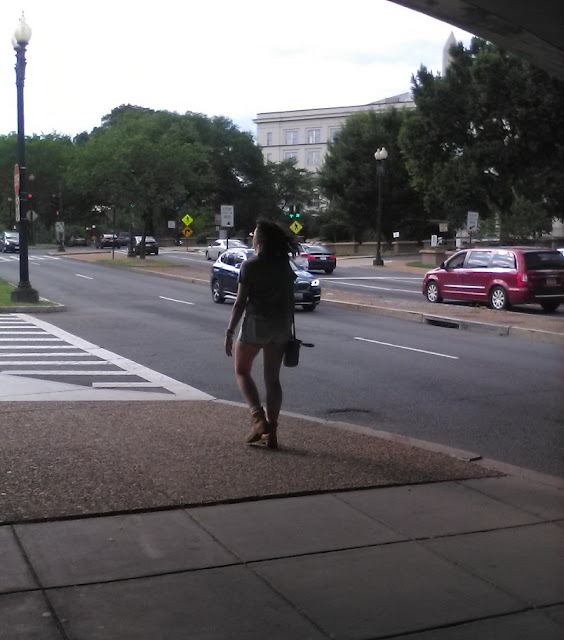 
While there, I had a nice phone conversation with Chris in Atlanta while watching three helicopters -- one of which was certainly carrying Pres. Trump, as it peeled off toward the White House -- fly overhead. Later, I also spoke on the phone to Chris here in D.C. with a plan to meet him. I also fed a squirrel a bit of the bun to my sandwich. The squirrels are fine. It's the Canada geese that are an occupying army that should be removed however that is achieved. 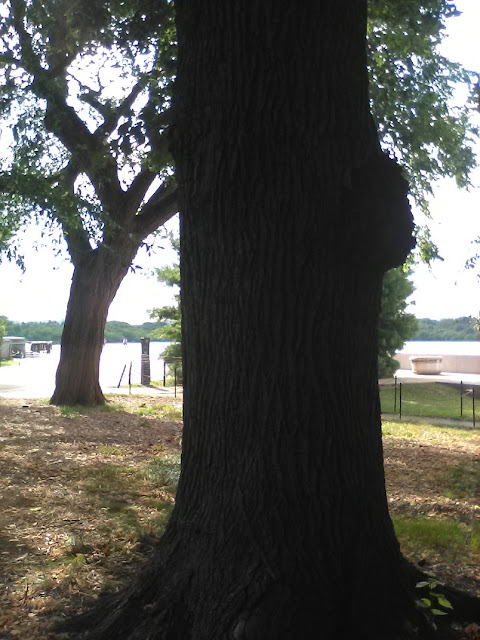 
I got home about 8:30 p.m., but was pretty tired at that point and, as noted, fell asleep.
For today, I'm supposed to go over to Gary's house and then meeting F&D with A for our regular Sunday evening soiree. In lieu of 'Allo, 'Allo!, we're supposed to watch a weird, unintentionally campy movie with Marlene Dietrich, namely, Rancho Notorious (directed none other than Fritz Lang!). 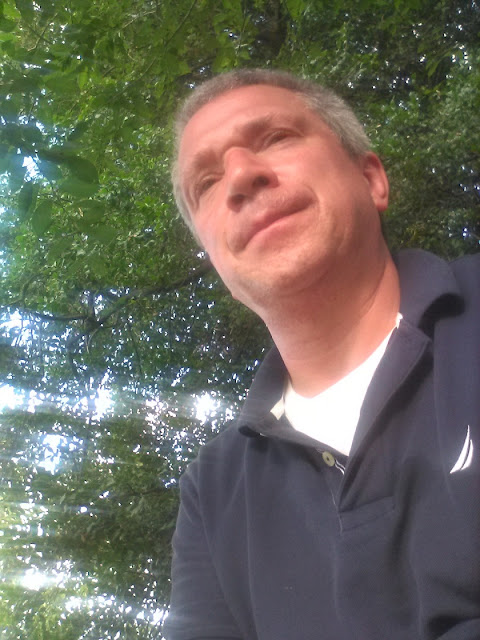 Following this entry, I'm going to post a quick "Sunday Afternoon Jazz" entry. Thereafter, myext planned entry will be either Monday or Tuesday night, depending on when I do my laundry.
--Regulus
Posted by Regulus at 2:20 PM