On this 4th of July 2020, Some Thoughts on the Culpability of the Malevolently Anti-American U.S. Media In the Current Spasm of Antifa / BLM Violence and WOKE-Crazed Cultural Revolution 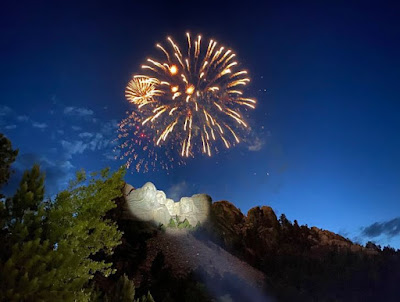 
July 4th, 2020. The 244th birthday of the United States of America. But, alas, it is in such a horrifying time of violent mayhem and larger deranged Cultural Revolution that seeks nothing less than the destruction of everything for which the country stands. 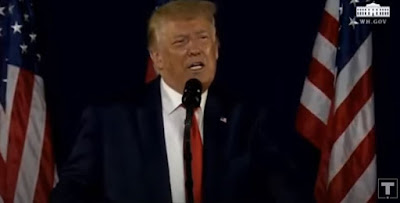 For that reason, I'm so glad President Trump chose Mount Rushmore as the backdrop for the speech and wove a nice narrative of the achievements of those four truly great U.S. Presidents.
It was the desperately needed and precisely right counterpoint to the Antifa/BLM bomb-throwers and their WOKE-crazed useful idiots who are actively destroying all statuary in the United States no matter who or what it is for -- to include, yes, and in a damning testament to their total and proud ignorance, abolitionists. 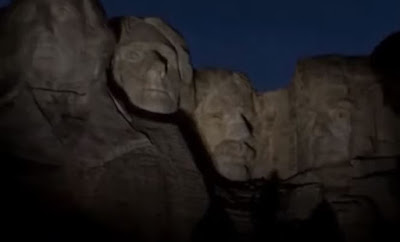 They'd love to get Mount Rushmore and destroy that monument and the vulgar whore-media -- picture Don Lemon and Chris Cuomo -- would sickeningly celebrate that fact. 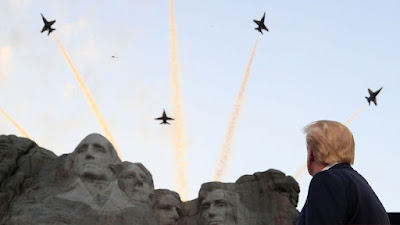 President Trump gave an awesome speech -- I wish he could speak more eloquently like that more often -- but the whore-stream media/entertainment complex could only focus on the "divisive" nature of it -- as if Trump owes anything to those who would destroy and eradicate everything about this country and that seek his own total destruction. Besides, the whore-media shits a brick whenever it senses that it can't manufacture the approved narrative. 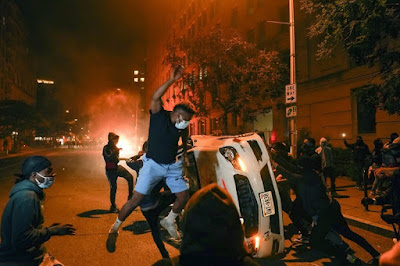 Fuck the New York Times. It's active and malevolent part of the problem. And I can't wait until the Antifa / BLM destructive mobs come for CNN's headquarters. Maybe Maeve Reston would start lactating, but she'd do it in a WOKE way.
The for-profit American media/entertainment complex itself is a deeply corrosive and toxically malevolent force in American society. 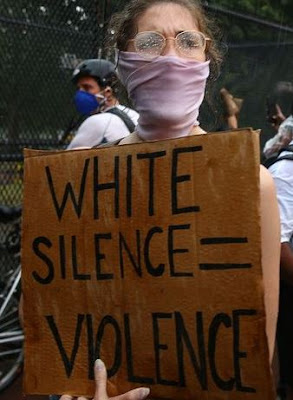 Look at this woman: She embodies the essence of the malevolent lunacy of WOKE Taliban-like fundamentalism, and she's so stupid that she hasn't a clue what she doesn't know -- which is everything. She's the kind of dumb woman who actively celebrates the destruction of her own community, indeed, her own home.

She's going to go far in life as a useful idiot.


Indeed, when the rioting, looting, and burning of neighborhoods is underway -- to include their own homes -- and the whore-media are celebrating the mayhem precisely because it IS so anti-American, phalanxes of nihilistic Twitter mob shock troop trolls are on the PROWL for any signs of failure to be sufficiently enthusiastic about this violent garbage and they target you for "cancellation."
And your employer and, more generally, corporate America dutifully complies, as if a crazed mob can be appeased. 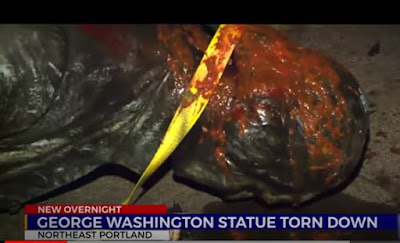 WOKE Frenzy Part 2:
Desecration of Thomas Jefferson
It's fixated on Taliban-like totalitarian WOKE identity politics with its grotesque "cancel culture" Orwellian approach to human interactions via Twitter and social media mob shock troops (and with the complicity of feckless pussy corporate America).
It is enthralled with identity politics-driven endless and totalizing race-and-class warfare. 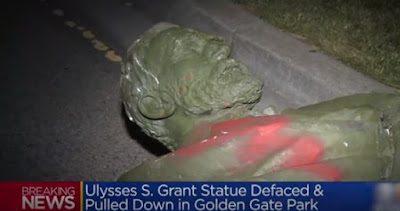 WOKE Frenzy Part 3:
Desecration of Ulysses S. Grant.
This image is, alas, nicely illustrative of the nihilistic ignorance of the Antifa mobs -- and cheered on by a whore-bag media of apocalyptic nihilism.
*******
Here's what the fuck-headed Antifa / BLM mobs did in Portland to the Elk Fountain fountain because, as we all know. elks are so systemically racist: 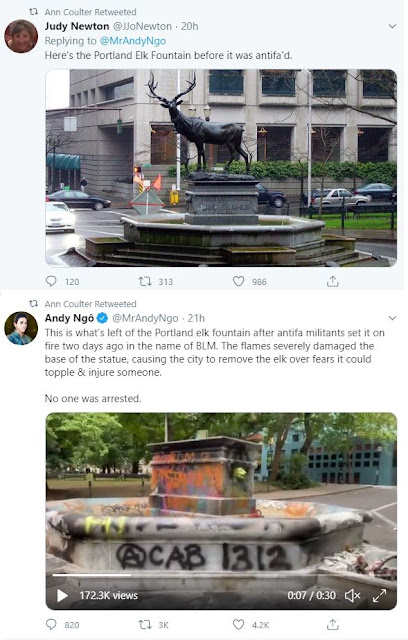 Naturally, the police arrested no one.
You know what? Fuck Portland, Oregon. Hard. I hope Mount Hood or Mount Rainier has a serious eruption and a blast AND lahar that takes it out. Ditto Seattle. Just start over.
******* 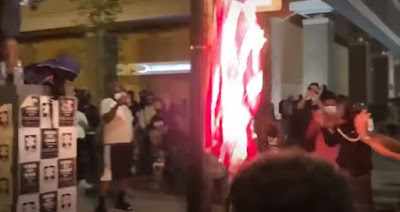 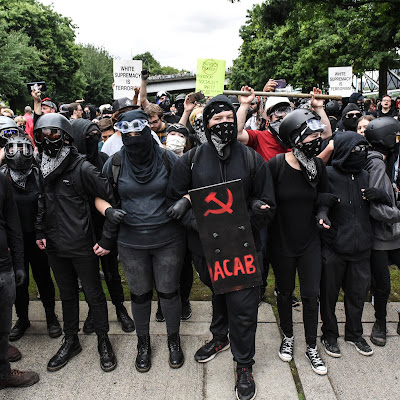 Look at these Antifa human scum. Please stick an actual hammer and sickle way up your assholes and then tell us how it turns out.
You're mommy and daddy are so proud of you, living like Social Justice Warriors violent filthy street animals. Take off your black masks and show your faces since you are so proud of your SJW street cred. 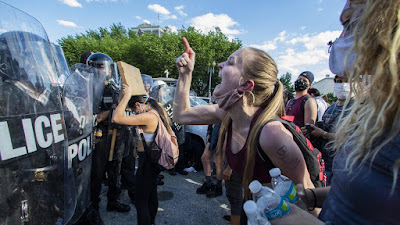 And, of course, the American media is all-in on BLM's unchecked attempt to abolish the United States and turn it into a Marxist-Leninist race-based apartheid state that is itself a filthy fascism and an affront to fundamental human decency.

Make no mistake about it: The "defund the police" slogan is grotesque front for turning society over to a racism-based, violent-driven warlordism for their "in" group. It has ZERO to do with resolving any social problems that exist and that could be sanely addressed. 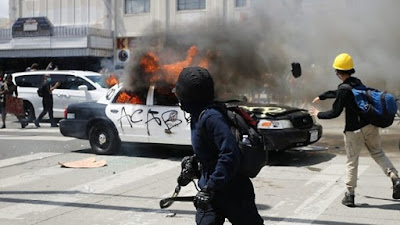 The media/entertainment complex seeks the destruction of the United States and replaced with a toxically illiberal totalitarianism based on race, hatred, fear, and Marxist-Leninist thought married onto WOKE identity politics. 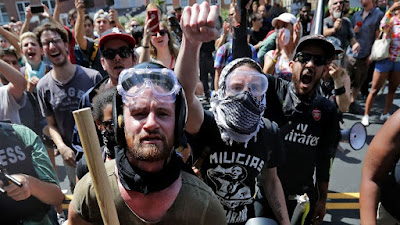 Look at them: Everyone of them should be pepper-sprayed and have the shit kicked out of them.
*******
This complex is, needless to say, in active and malevolent cahoots with the racket of BIG ACADEMIA where all these perversions were hatched and nurtured over the past 40 years and which needs to be obliterated YESTERDAY in its present form. 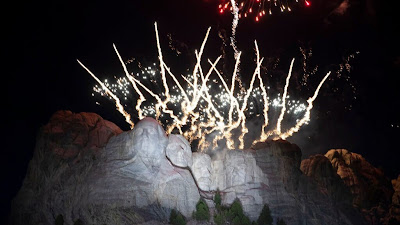 OK, I'm going to wrap up this entry. 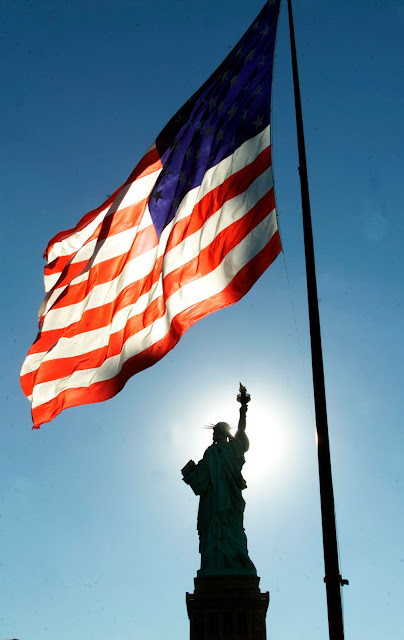 Happy Birthday and God Bless You,
United States of America
******* 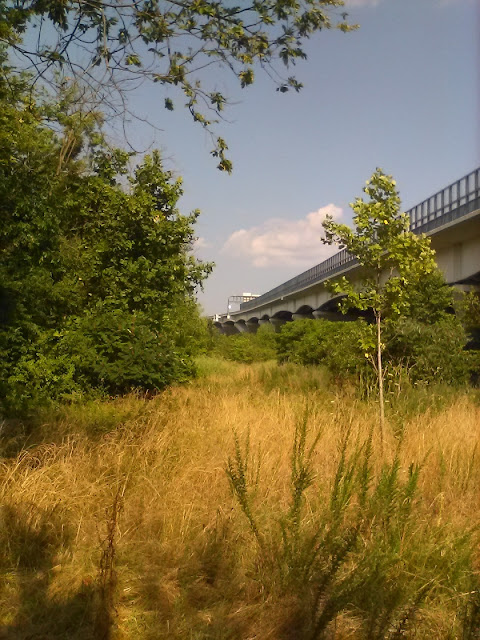 As a brief personal update, though, I ended up getting stranded in Alexandria last night because the fucking Metro closes so early in the "time of Covid-19" shutdown horseshit, and because I don't have a Smartphone, I couldn't get an Uber or Lyft. And, naturally, nobody was around or available to help me, including friends. Please. 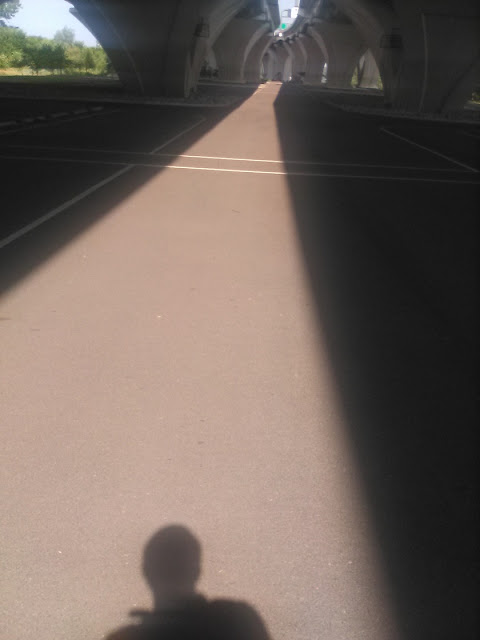 It was just another one of those situations in which I get myself and then have to extract myself with no help. It reminded me of literally everyday as a teenager living with my mother. 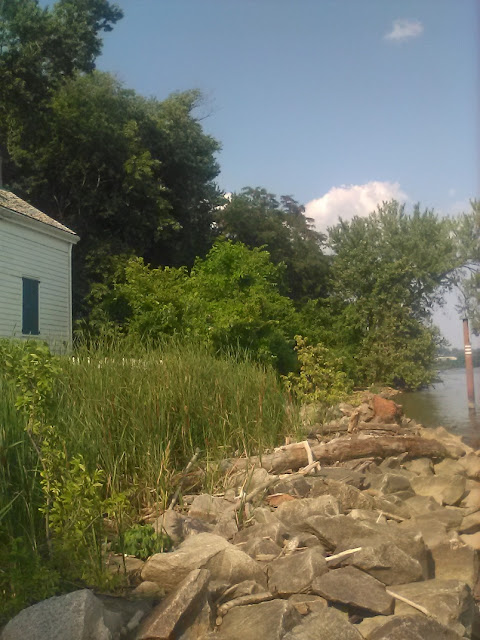 So, instead, I ended up walking back to D.C. via the Mount Vernon trail, stopping a couple of times in the grass. There was a just-past-full Moon low but bright in the southern sky, as was Jupiter and Saturn as their December conjunction nears. 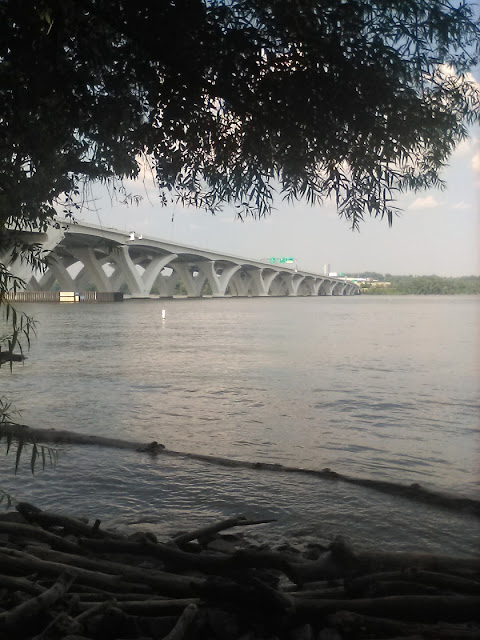 I actually walked all the way to the Arlington Memorial Bridge rather than the 14th Street (George Mason span), which had the effect of adding about a mile to my walk. I finally got home, safe if not wholly sound, just before 3 a.m. I saw almost nobody last night. In the end, I must have walked 10 to 12 miles in all yesterday. 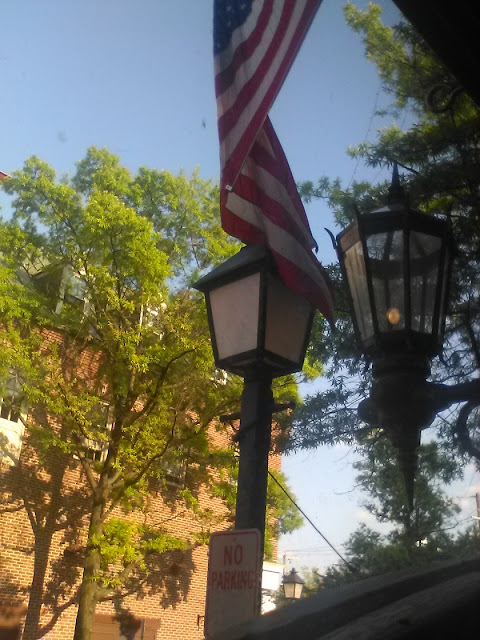 For today, I was supposed to meet up with F,D, and A for fireworks viewing from D's workplace in Foggy Bottom. But I'm thinking of maybe trying, if possible, to get into Pres. Trump's "Salute to America" event down on the Mall.
Before that, though, I'm going to post a Jukebox Saturday Night entry shortly (even though it is still mid-afternoon).
--Regulus
Posted by Regulus at 3:55 PM