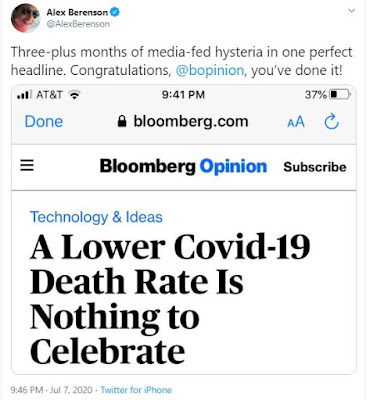 Alex Berenson says it best in this tweet
(see image above).
Of note, I'm in the process of putting together plots of the ratio of daily deaths to daily new cases in the U.S. back to about March 10th based upon the information on the Worldometer.info site (where a day runs from 00 UTC to 00 UTC).
I realize that on any given day, this ratio isn't particularly useful -- nor is it indicative of a long-term case fatality rate (CFR), much less the broader-based infection fatality rate (IFR) -- but over months, it starts telling a revealing story.
I need to make a time series plot, but my own Excel skills aren't that great, but I do have a friend who is an expert in it. 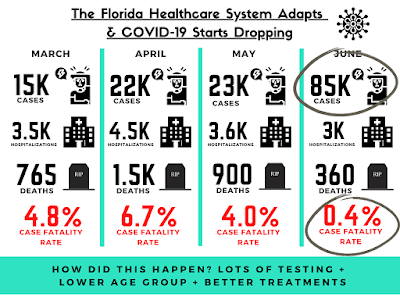 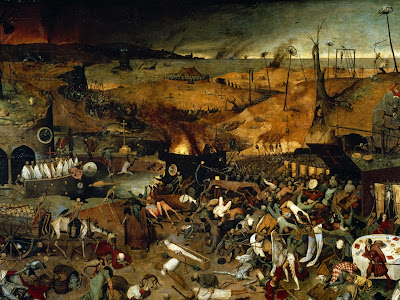 The drop corresponds to the massive drop in the number of daily deaths (as measured in 3-and-7-day averages) while the number of "new infections" has doubled since mid-June as the "disease" morphs into more of a flu situation that is bad for sensitive populations than some civilization tearing-asunder Bubonic Plague redux. 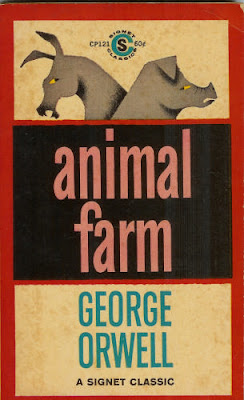 But the WHORE-MEDIA -- much of which is now just a giant for-profit propaganda, outrage, entertainment complex -- cannot abide this outcome, least of all while Trump is U.S. President, so you end up with headlines like that Bloomberg piece.

It's just like the ending in Orwell's Animal Farm. Which sort of makes sense since the WOKE Cancel Culture garbage is akin to "vaporization" in George Orwell's 1984.


As for Dr. Anthony Fauci, someone needs to tell him to shut the fuck up already in terms of giving his opinions on what are functionally political matters, not matters of public health.
Given the toxic media environment of cheering and actively rooting for apocalypse as part of Culture War horseshit in this time of WOKE "Year Zero" Cultural Revolution by the Illiberal Left and Antifa / BLM rioting and looting, he's not helping matters. 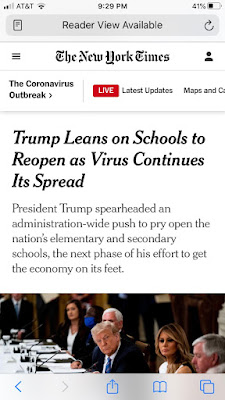 Oh, and God Bless Florida Gov. Ron DeSantis and his Education Commissioner in saying in no uncertain terms that schools in Florida WILL open not be kept forever closed and thus destroy generations on the most transparent of pretexts even more in this country. Ditto the pressure from Betsy DeVos. The teachers unions and the broader Illiberal Left WANT society shut down no matter the catastrophic the long-term cost to countless lives and how disproportionate the "response."


I put that word in quotes because it's really not strategic response. Rather, it's not really a response so much as part of our low-grade, amorphous, mis/dis-informational Civil War.
Enough is enough. 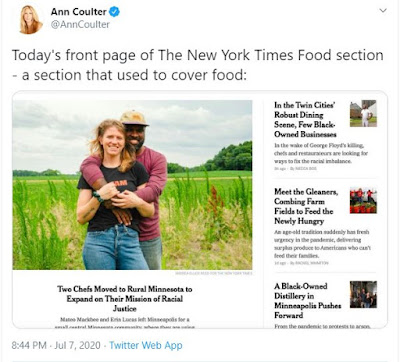 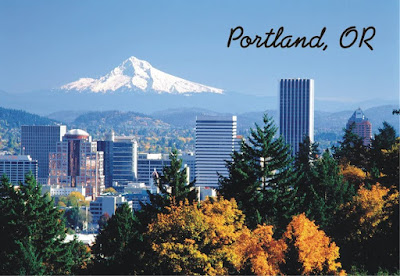 Speaking of Animal Farm, there is this story -- and we take good news where we can get it these days: Portland Protesters Hit with Federal Charges.
Federal charges are good -- at least while Trump is president -- as opposed to waiting for some local prosecutor to prosecute. You know the sort: One whose never met a violent crime s/he didn't, in Robin DiAngelo fashion, blame on everyone and everything EXCEPT the criminal and, thus, chase after anyone and anything except the guilty. 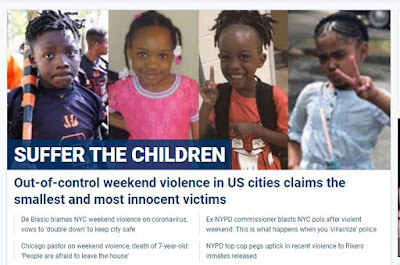 That particular grotesque abuse of prosecutorial power whereby they side with the mobs over law-abiding citizens in fear for their lives has been rampant during all the Antifa / BLM mayhem. This will be matched by a galling do-nothing approach to the massive outbreaks of deadly urban crime from Chicago to New York City to Atlanta to even here in Washington, D.C.
As for these "Portland 7" Antifa domestic terrorists, to read what they did, they NEED to be in a federal penitentiary for years. 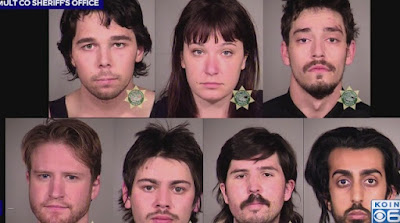 As for seven arrested in Portland, above is a composite of their mugshots. Just look at these fuck-heads. The ringleader is Rowan Olsen (upper left), who gave the fake name of Kiefer Alan Moore and a fake age. The only thing not fake about him is his rampant, violent criminality.
Look, it would be one thing if they were just a bunch of 20-something WOKE fundamentalist crazies lying prostrate on a street, moaning and writhing about their "Original White Sin." But these are fucking Antifa monsters who committed some appalling violence that could have easily caused permanent injury or death.
For her part, Oregon Gov. Kate Brown (D - WOKE) is upset she can't direct her prosecutors not to prosecute the seven or at least have the ability to pardon them. 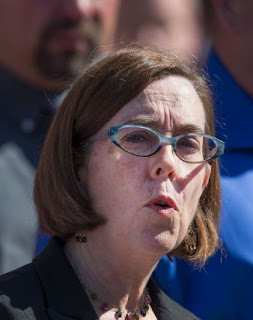 She'd love to have them join in Day 40 of the mayhem in the urban wasteland that was once the Great City of Portland.

She's too busy with the usual Blue Democratic City-run Covid-19 terror-mongering, which brings us full circle ...