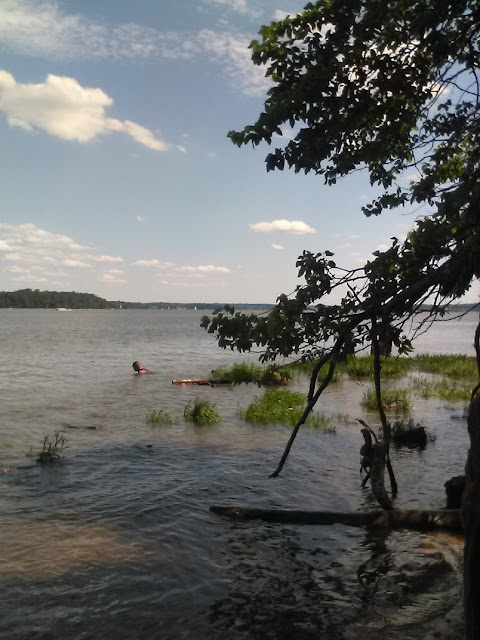 Potomac River view from Jones Point, Alexandria, Va.,
3:16 p.m., June 13, 2020
The Potomac in the past two years has looked ALMOST not filthy, including both upriver in Georgetown and downriver around Jones Point. Reduced turbidity means that water visibilities sometimes rise to several feet. And river grass even appears to be growing -- as is obvious in the lead image. 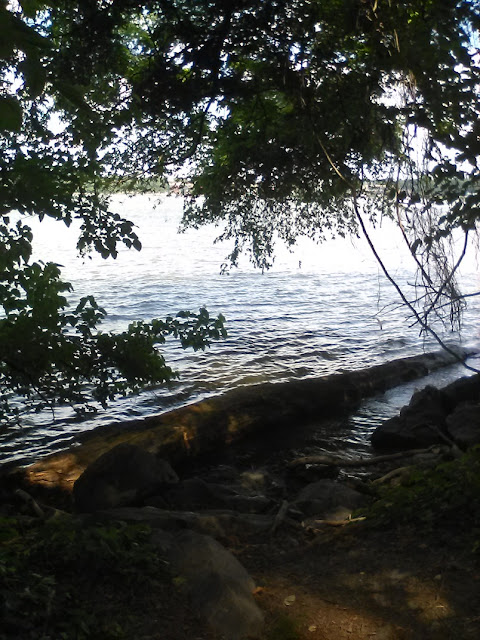 Also, note the guy swimming. He was one of several young Hispanic fellows who were down there fishing, except he was more swimming than fishing. If I do move to Old Town in the next year or two, maybe I'll go over to Jones Point on a particularly hot and humid day and give a very tentative, brief, partially clothed swim a try. 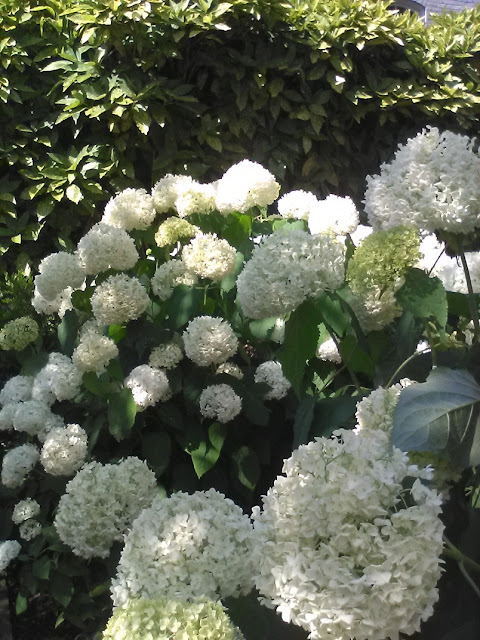 
The outdoor pictures in this entry are mostly from my Friday late afternoon walk here in D.C. from my apartment through Dumbarton Oaks Park over to Holy Rood Cemetery and then back. The Saturday ones are from a Metro-facilitated trek with Gary to Old Town Alexandria and our walk over to Jones Point and thence to King Street near the riverfront. 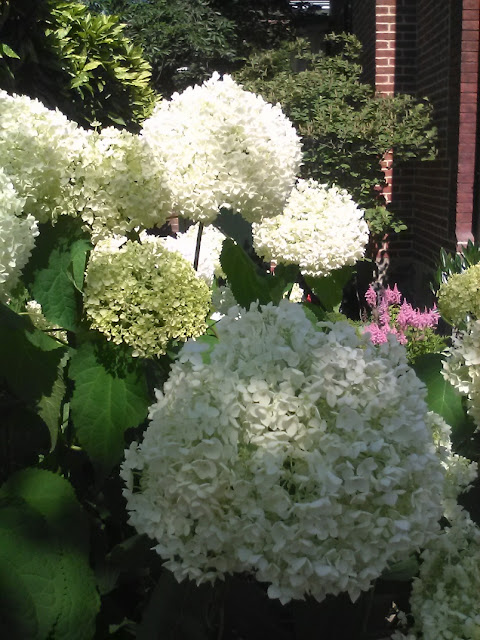 This trek to Old Town was distinct from my Monday afternoon trek there for a very specific purpose. Except for the first and third ones, I'm not captioning the images, but the file names contain time and location info. 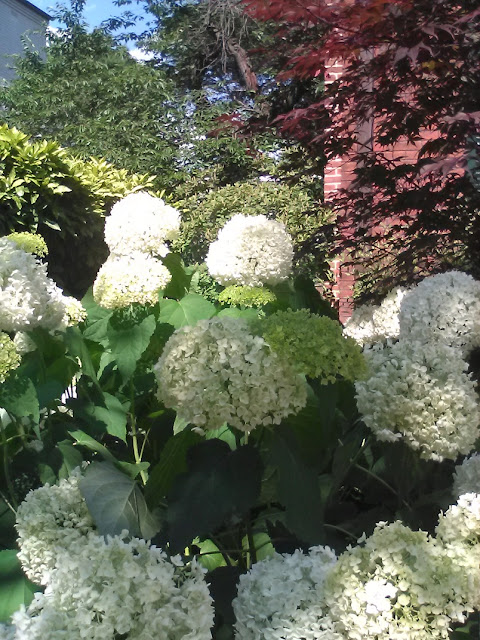 Of note, we actually were able to have dinner INSIDE a restaurant on Saturday -- specifically, at The Wharf -- because Virginia has entered Phase 2 of reopening. Under Phase 2 for restaurants, indoor dining up to 50 percent capacity is permitted. However, bar areas remain closed. 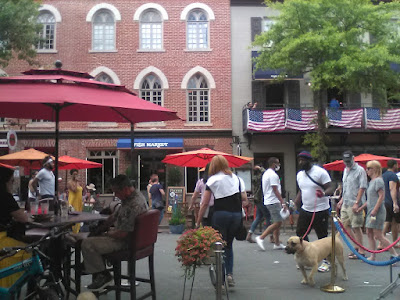 By contrast, D.C. remains in Mayor Madam Muriel's ENDLESS and ENDLESSLY hypocritical but suitably Covid-19 MEDICALLY WOKE shutdown. What's more, her goal is to go backward from Phase 1 to Phase 0, i.e., burrowed molelike in terror-laden lockdown mode except for when suitable WOKE-and-Antifa-based looting and vandalism break out or its time to repaint another street with "BLM" in Arial font size 1000 font. 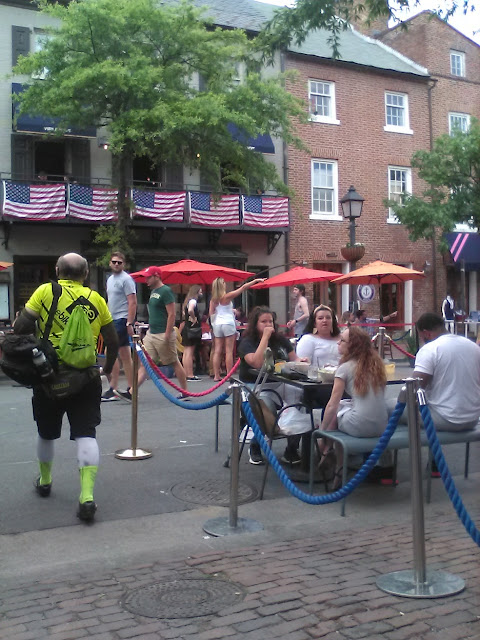 OK, now that I got all the upfront matter and only partially related pictures out of the way, now it's time for the actual entry. That being the case, here is the front page of the print edition of the New York Post cover page for today, June 16, 2020. It's so spot on in capturing media and Illiberal Left hypocrisy ... 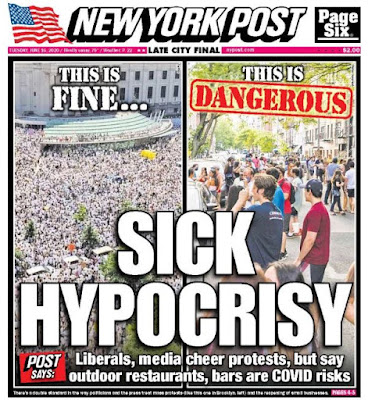 The context here is that when tens of thousands cram the streets of West Hollywood for weird half-BLM / half-LGBTQ pride throng, well, that's just perfectly delightful for the WOKE media, all the more so if rioting and looting break out -- and to be followed by more BLM Edicts, no questions permitted.
About the the matter of BLM's unchecked political power, Tucker Carlson's monologue from his Monday night show delves into this and its ramifications:
But any return, however strategic and well-planned and executed, to a semi-normal life for those at low risk in place of this open-ended, economically destructive, psychologically disastrous, massively overblown response to Covid-19 -- a flu-like respiratory disease that is overwhelmingly claiming the elderly and those with compromised immune systems -- is tantamount to mass murder.
This includes having a normal dinner at a restaurant, going to the gym, going for a swim in a pool, to say nothing of weddings and funerals -- all forms of mass murder for the media purveyors of Covid-19 hysteria.
Now, to be fair, in some instances, the protests have been less looting and burning and instead outright interpretive dance profound ... 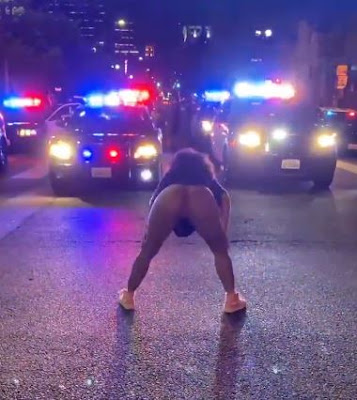 Woman performs Covid-19 and WOKE Social Distancing Protest-Twerking Theme Song: "Twerkin' 9-to-5"*
*With apologies to Dolly Parton. And the times are 9PM to 5AM.
How classy and refined. She's half Joan of Arc and half Major Lazer "Bubble Butt" music video vamp.
Just look at her ... 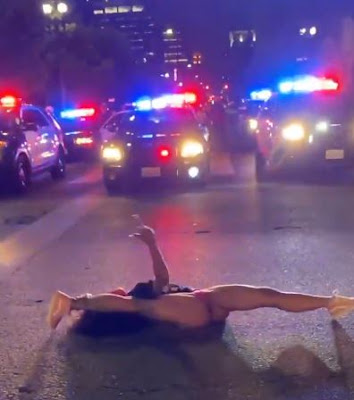 Here she is performing "BLM WOKE" street aerobics -- while flipping off the police. America's got talent, indeed.
*******


It's Anderson Cooper, Don Lemon (D - Idiot), the unctuous ass-hats at Vox, and the parade of on-air MSNBC Thought Police clowns who WANT an open-ended, catastrophic, and fundamentally unnecessary shutdown and breakdown of society in order to put in their new WOKE Cultural Revolution identity politics-based Leninist state.
It's a regime characterized by TOTAL CONTROL of everything you eat, drink, wear, drive, think, hate, and love. 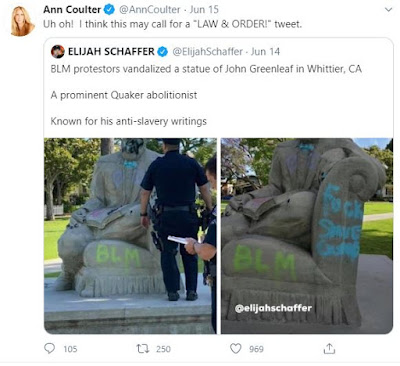 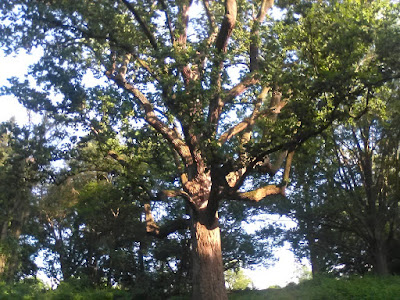 Here in D.C., as I've mentioned of late, the be-masked Millennial and Gen Z WOKE are in some sort of cultic thrall to the secular fundamentalist religion of BLM and, more generally, identity politics (itself a rather problematic notion) so that the whole effect is like being in North Korea. 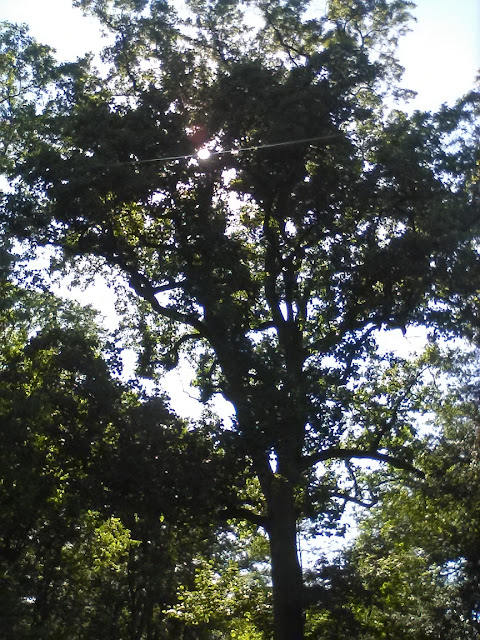 By the way, I hear that mass street protests, rallies, and what not are planned for "Juneteenth" this coming Friday in Big Blue cities across America, including here in D.C. Presumably, this means, all social distancing and masking requirements will be relaxed for that day, only to come roaring back on June 20th. 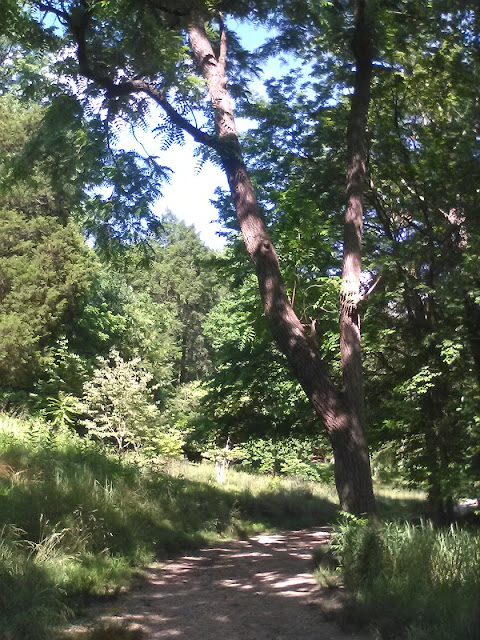 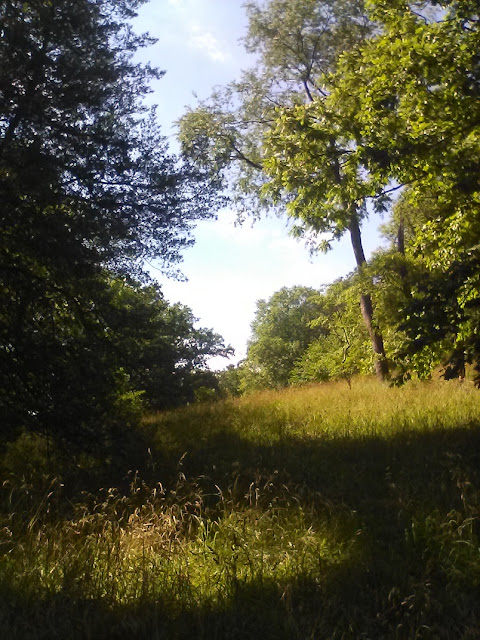 
Are you ready for the second blame wave? As the country braces itself for an inevitable repeat surge in COVID-19 infections, we’re told red-state governors ‘opened too soon’. The next outbreak, we can be sure, will be something to do with the fact the President decided to resume his political rallies, approximately two weeks from now. 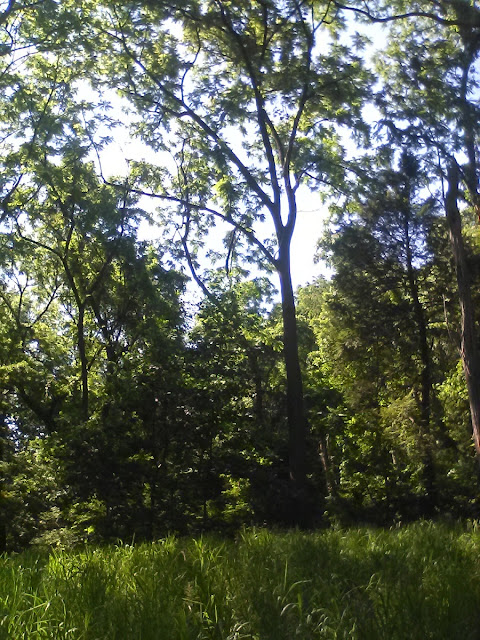 What nobody says is that individual or social behavior is the cause. It can’t possibly be the thousands of people closely together marching down city streets yelling and chanting, some with masks, some not. The guidelines fell completely by the wayside for the Democrats and much of network cable news... 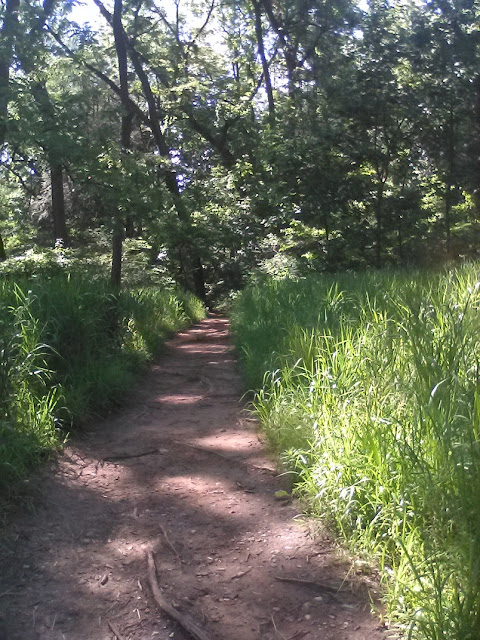 These people want you to believe that this pandemic is caused by some magical woke virus, one which somehow skips those who have the right politics. What it actually does is raise the suspicion that Democrats and progressives have wanted to keep the economy shut down and people at home as long as possible to affect the outcome of the November election. Your job and your family or your church (also protected by the First Amendment) are not important. Our joining in large crowds to protest is. 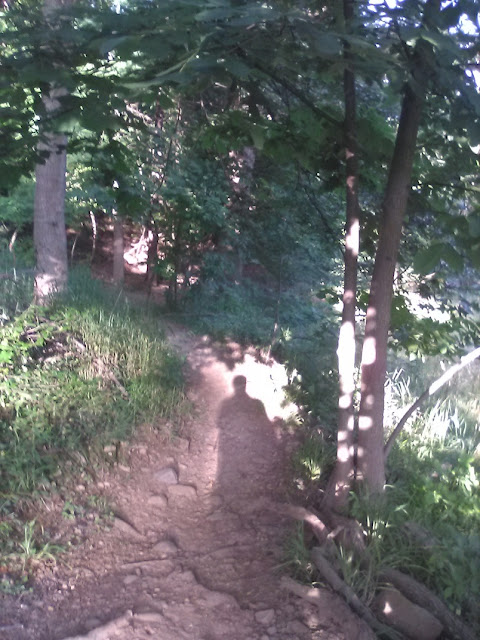 There is almost assuredly going to be a spike in COVID cases and it will also almost assuredly be put on red-state governors and the President holding rallies. But Democratic activists and politicians themselves created this situation. They encouraged the world to disregard lockdown and people will now follow their lead, no matter how much they are scolded by the media. These people think we’re all stupid. We’re not. 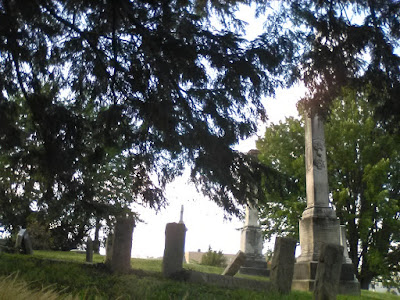 On a related note, here is NRO's Rich Lowry [link embedded]: Selective Social-Distancing Rules Are One of the Great Scams in American Life.
Excerpt:


To believe the leaders of Blue America, SARS-CoV-2 is the first virus in human history to have a social conscience — virulent enough in the ordinary course of events to justify the most restrictive social controls, but not such a big deal if it might get in the way of marches for social justice. 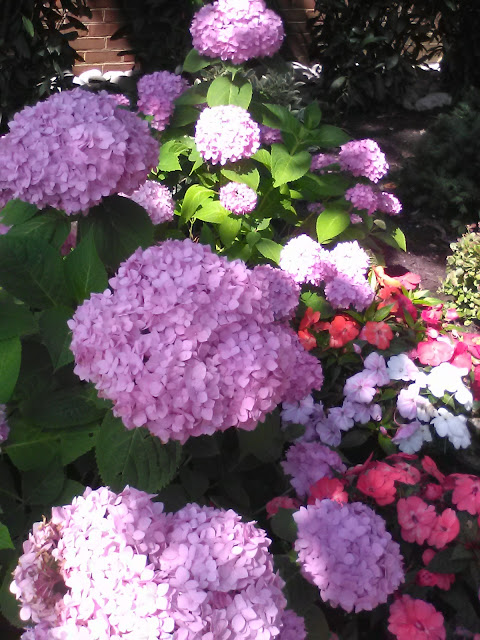 OK, I think I'm going to wrap up this entry. For tomorrow, I'm going back to my regular workday schedule. I was going to do that today but I ended up meeting Tim and we spent the afternoon walking over to Georgetown and thence up to Glover Park and back via Massachusetts Avenue. 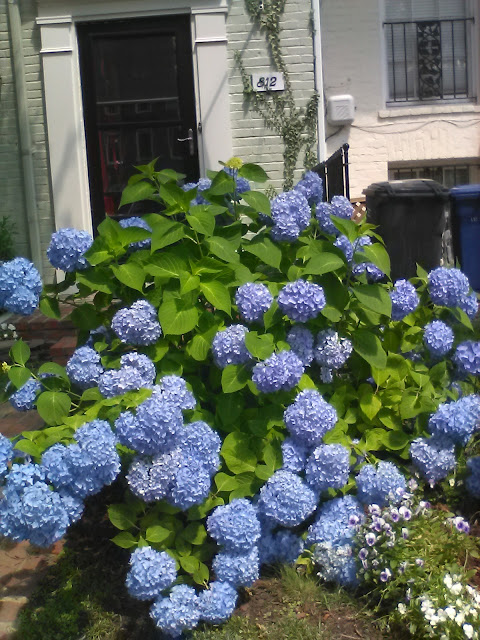 My next planned entry will be on Thursday night, if only because I need to do my laundry tomorrow night.
--Regulus
Posted by Regulus at 10:58 PM