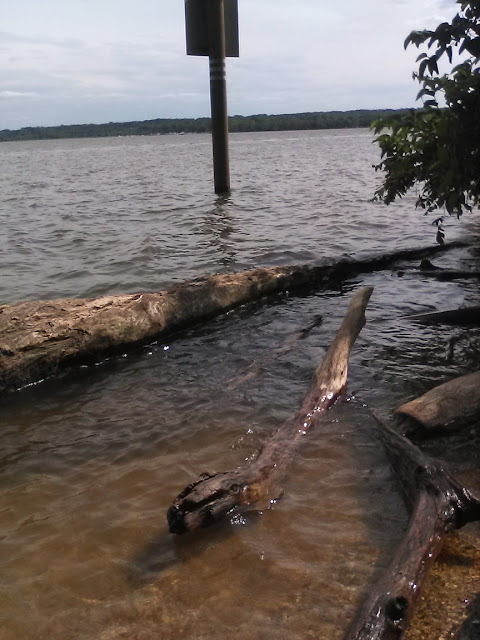 Potomac River from Jones Point Park, Alexandria, Va.,
4:45 p.m., June 15, 2020
The outdoor pictures in this entry were taken on Monday when I trekked down to Old Town Alexandria for a very specific reason, after which, I walked over to Jones Point Park. Thence, I walked to the the waterfront / marine area of King Street and had an outdoor dinner before walking back to the King Street Metro and heading back into shitty D.C. 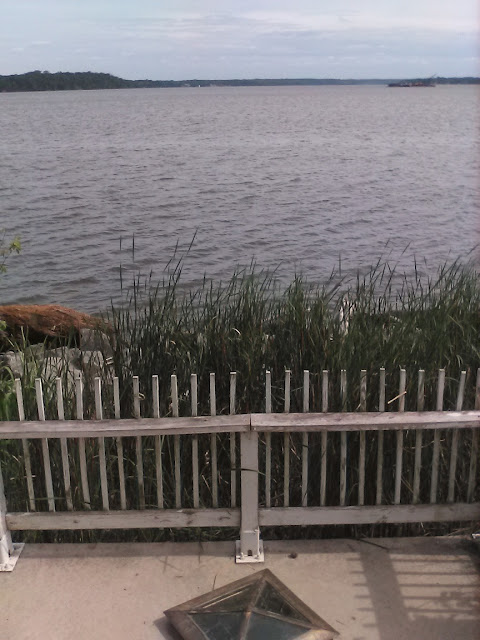 I didn't get any decent pics of the South Cornerstone in its little, glass-capped alcove by the weird old structure that was once a lighthouse, of sort (see image directly above). 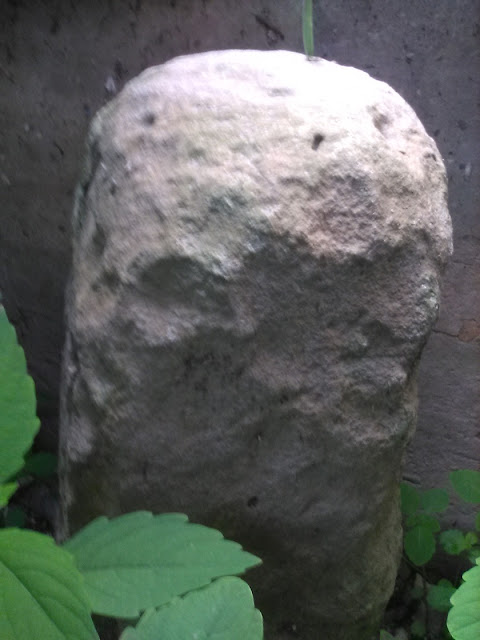 District of Columbia South Cornerstone as it appeared on May 16, 2020
It's totally hemmed in by a bulwark of rocks, sawgrass of some sort, and litter. Occasionally, it's actually in river water. I've no idea how it has survived since 1794. (It is the second stone, having replace the 1791 original three years later -- no idea why.)
******* 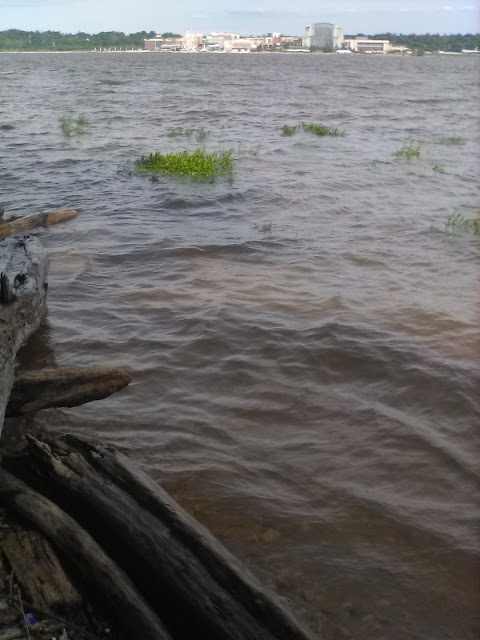 View of National Harbor from Jones Point, Alexandria, Va., 5:00 p.m., June 15, 2020
Two points: First, the appearance of river grass -- subaquatic aquatic vegetation -- has been growing in the Potomac margins around Alexandria, and at least judging by this picture -- that has to be a good thing. Secondly, I've never been to National Harbor and almost certainly NEVER will.
******* 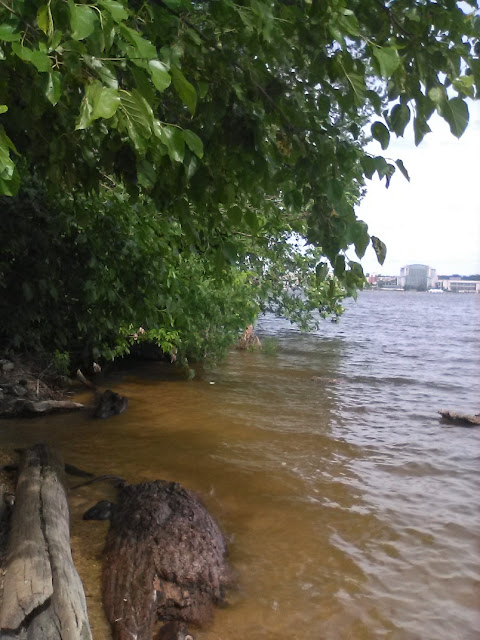 As for this entry, I've been having a difficult time focusing on any particular topic and then dedicating to writing an entry, and instead I've been watching my old TV shows and YouTube videos. What's more, I'm quite tired and feeling bloated because I ate a bit too much for dinner, not to mention drinking too much of a Portuguese red wine that I got at Whole Foods. 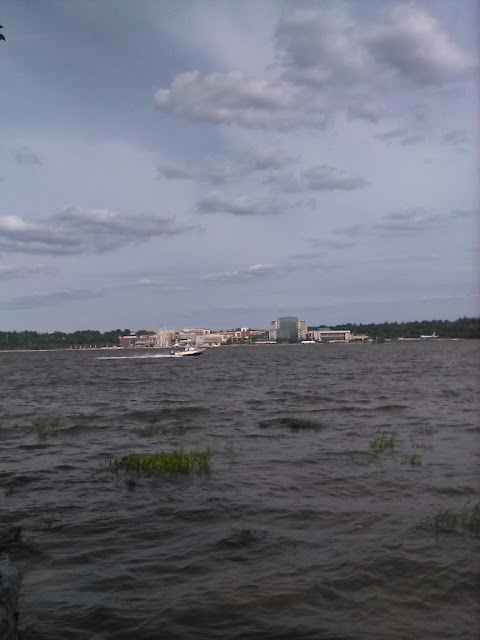 
What's more, I also really don't want to get worked up about any political horseshit involving this stupid, self-destructing country with its savage divisions to include an out-of-control WOKE Maoist Cultural Revolution underway. 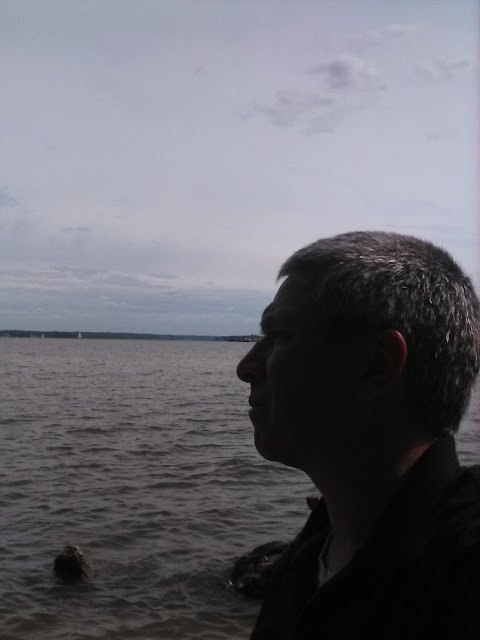 
Instead, I've been watching TV and YouTube videos to include tonight interviews of Vicki Lawrence and Carol Burnett and how they came together. More on that in another entry.
About the bloated feeling, I may need to return to the bathroom for some additional quality time, but this time, I'll refrain from doodling caricatures and caricatures of mean parodies to include the BIG Y'EYEMAH and her walrus-to-hippopotamus poundage. 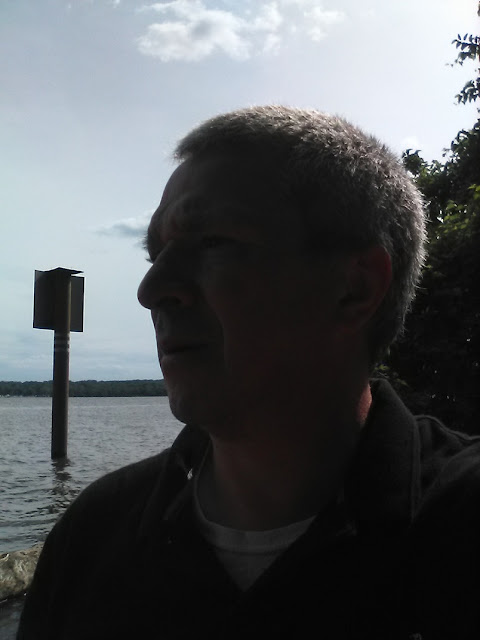 
Turning to the weather, we had a decent rainfall (Wednesday) into the wee hours of Thursday with summery warm, thickly humid conditions (highs around 80F and dew points around 68F). 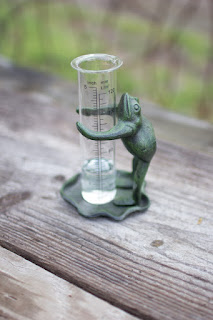 There has been a persistent cutoff low with surface reflection in a highly blocked pattern.

KDMH is offline for some unspecified, open-ended period. It's in Baltimore, so it may never come back online.

Month-to-date through June 18th, the numbers are:


Returning to the moment, I'm watching The Twilight Zone and it's one of my top few favorite episodes: "Nothing In the Dark." 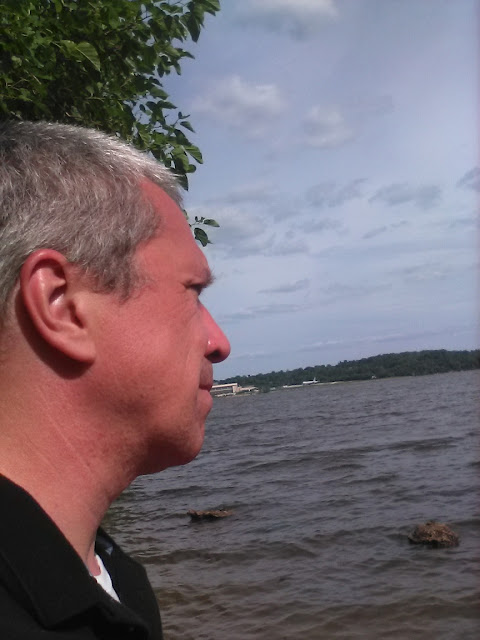 Yours truly by the Potomac River, Jones Point Park, Alexandria, Va., 4:49 p.m., June 15, 2020
Of note, you can just barely make out the Air Force One replica at National Harbor across the river. As I said, I doubt I'll ever go to National Harbor for any purpose.
*******


Cozi TV airs a series of Will & Grace episodes between 1 and 3 a.m. I will sometimes watch this, although I go hot and cold on that show (and when I do, I switch over to the sundry late-night old sitcoms on Antenna TV). This week, however, Cozi is airing episodes featuring Leslie Jordan as the frickin' hilarious Beverley Leslie, so the episodes jump around between seasons.
Above is a Cozi TV YouTube composite of a dozen funny Beverley Leslie scenes -- often involving hilarious repartee with Megan Mullally's Karen Walker character. Alas, it includes annoying ad breaks. Also, just FYI, some sources spell the character's name as Beverly Leslie. 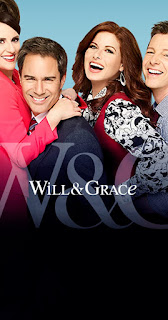 Whenever I think about the humor in Will & Grace, I well remember what was once written by M. WADE HEFTY BAG O'SHIT O'GOOGOLPLEX on his thankfully long-gone blog.

It was something to the self-absorbed effect:


That show is also where he got that stupid "Just [WADE]" memetic moniker that he used because he fancied himself to be just Sean Hayes's Jack McFarland character to include, laughably, his good-humored sarcasm and gay self-absorption. 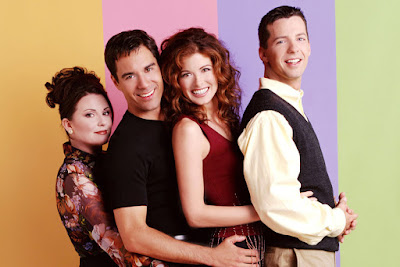 You know, M. WADE SHITTOPLEX oughta thank me for the fact that his "tweets are private" because of me.
Why? 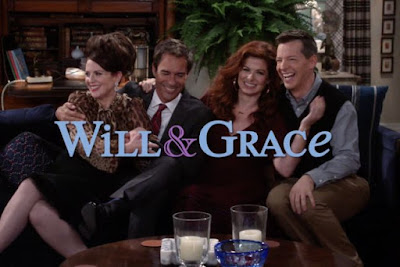 Glad you asked. Because no matter how WOKE WADE might be, by now, he certainly would've written something snark-ass bitchy about the whole BLM / WOKE Identity Politics Leninist Cult with Year Zero Cultural Revolution mindless insanity. No, he wouldn't have used terms like that. Rather, he would've just insulted somebody's physical appearance and/or clothes. 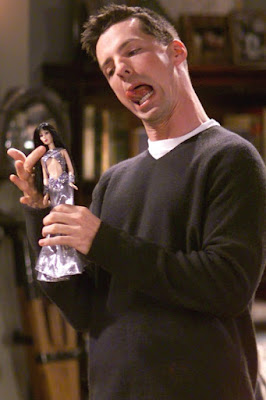 The result -- especially for a SKOOL TEECHER in an ULTRA-WOKE jurisdiction -- would have been an unpleasant social media "struggle session" with abject groveling and apologies followed by "cancellation" from civil and professional society. That's all these nihilistic Twitter mob shock troops are about.

Yes, just maybe, I saved him from all that. 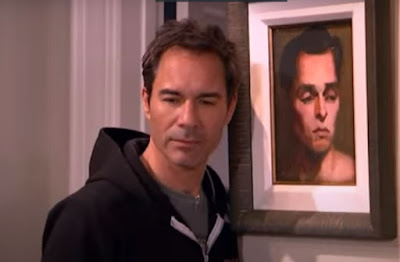 Above: During a Sept 2017 Today show interview, Eric McCormack poses with that weird painting -- which bore a strange resemblance to him -- that hung on the wall of his TV show apartment for most of Will & Grace's run (to include when the show was resurrected in 2016 for three seasons)
*******


OK, that's all for now. I'll try to write another entry tomorrow night, but it might not be until the weekend.
--Regulus
Posted by Regulus at 12:38 AM