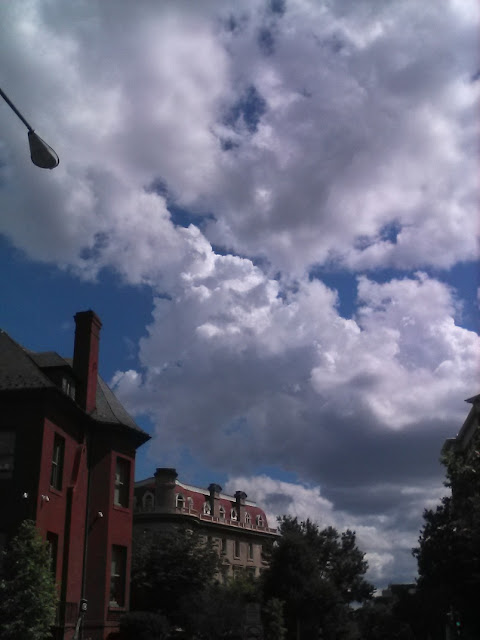 
The non-topically-related pictures in this entry are, as in recent entries, just a dump of images that I took to include a batch from Thursday evening walking home and additional ones between late April and mid May during this weather-and-physical world lovely spring that I just haven't gotten around to posting before this. I'm not captioning most of them. (The file names contain place / time info.) 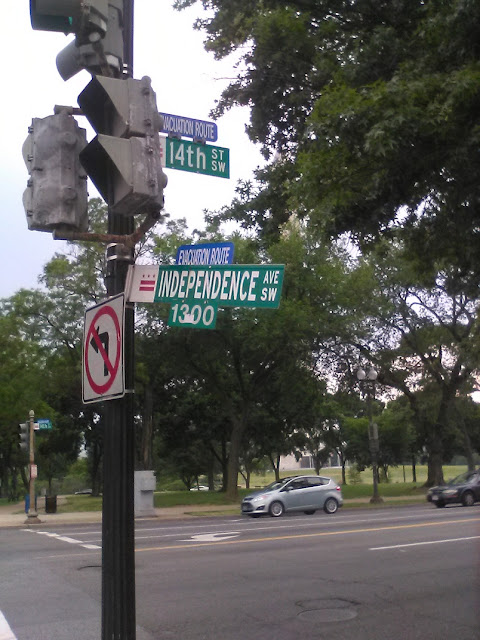 While I fully intend to throttle back over the next few weeks on all the political entries on Covid-19 pandemic and civil unrest this ghastly year of 2020, but I feel compelled to post this one.
So, let's get this entry started ...


Here in D.C., the levels of WOKE hysteria and Culturally Marxist PC hysteresis have surpassed that of the Covid-19 shit-fest with Friday's "renaming" of 16th Street between H and M Streets (yes, somebody actually thought this up and is proud of themselves): 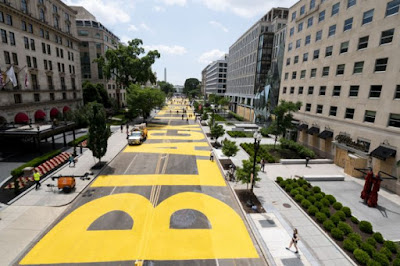 THE GREAT WOKE WAY.
(No pun intended.)
It'll be funny hilarious to see how this fades and chips into disgustingness and how frequently the city will devote resources to repaint it. Judging by the green crosswalks and bike paths in places, not too long. Oh, and let's not forget that the whole thing is probably in violation of D.C. traffic safety rules, but that's OK. It's WOKE. All we need is the ICGJC to set up shop. 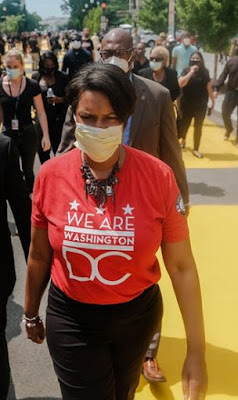 You see, when you are that Culturally Marxist with identity-politics as your only guide, you naturally engage in spectacularly and cartoonishly renaming things, in Soviet-style. In this case, Madam Mayor is all pissed because Trump called in so many National Guardsmen and she could not do anything about it.

As for whether she could or even wanted to do anything about all the riots and violence convulsing the city, that wasn't clear.


This repaint / rename job was far easier and checks off all the WOKE boxes. My guess is all the uber-WOKE Salon, Slate, Vox, and Atlantic female opinion-writers reached some sort of state of mass simultaneous peak "O" ... right there on 16th Street. 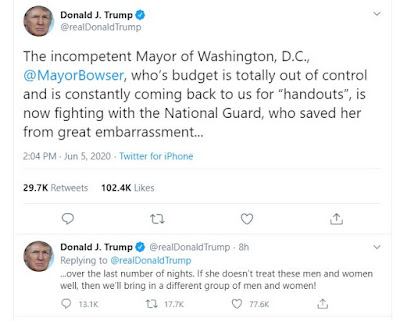 Trump tweets about Muriel Bowser. It's funny how Trump can be so crude and school yard bully puerile and yet, sometimes, spot on.
*******


The total triumph in American culture of the Culturally Marxist-based paradigm of identity-based politics has now fully assimilated a large portion of the mainstream media/entertainment complex -- indeed, the Washington Post online has reached a state of searing unreadability (the print edition, slightly less so).
Consider this as your "newspaper of record" (OK, runner up newspaper of record to the New York Times): 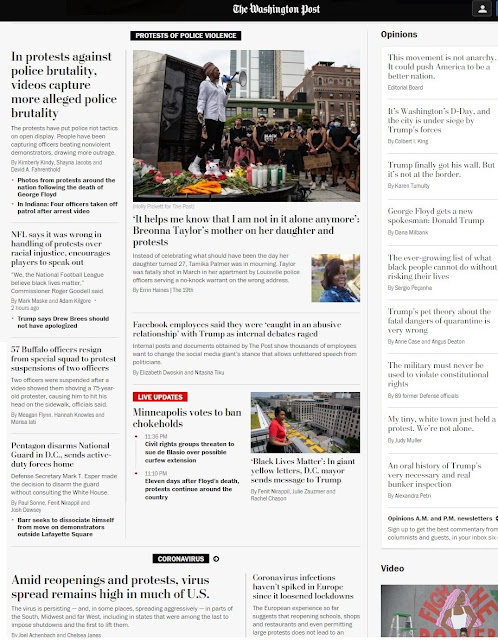 
About the Post's blanket wildly WOKE-minded coverage, although the details are obviously different, it' like when Fred Hiatt turned his editorial and op-ed section into an Iraq War cheerleading squad, well-synchronized with the news section of the paper. But it goes beyond that to a more fundamental D.C. groupthink thing. On a related note, if Joe Biden wins, I suspect the current marriage between the two winds of the Democratic Party-- the Neoliberal Mandarin Baby Boomers and the Radically WOKE Millennials -- will get real rocky real fast. 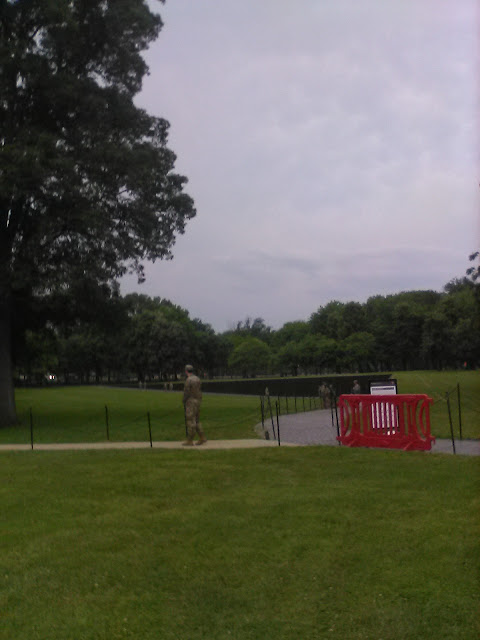 National Guardsmen patrolling the Vietnam Memorial about an hour before a thunderstorm swept through Washington, D.C., 7:00 p.m., June 4, 2020
*******


On a personal level, all of this has had the admittedly oddly perverse effect of making desirable for me certain rightwing media outlets -- and those intrinsically nihilistic all-political publications such as POLITICO -- as the only refuge from wacky, identity-based PC groupthink. (As for that, it's forever the Left's yin to the Right's yang.) 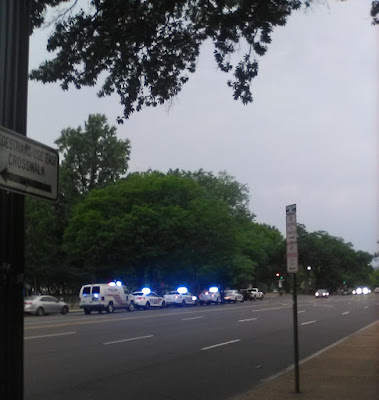 The pandemic stage has passed -- we're just on a never-ending but hardly overwhelming plateau of new cases. Instead, it's just a matter of having specific, rational strategies to help vulnerable groups and, more broadly, common sense. By the latter, I refer to knowing how to go through life and not do things, like, leaping into oncoming vehicle traffic. That fact seems to have been forgotten by the more medically WOKE millennial females and aggressive lesbians of whatever age cohort in D.C. 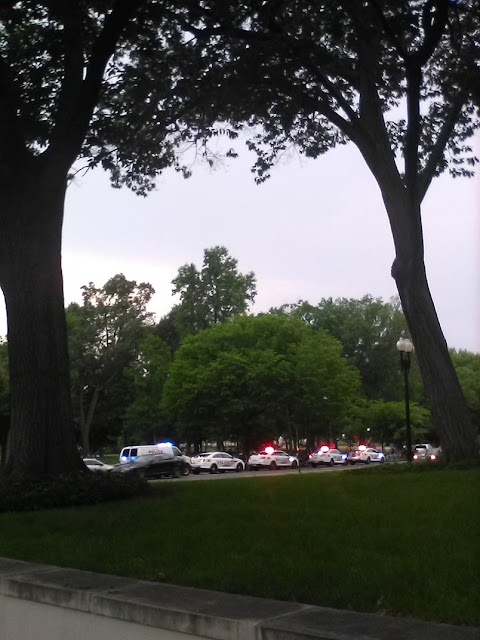 An open-ended shutdown of society with all the trauma that has caused and is causing is not the answer even if the certain people, especially in the media, want everything to remain so for years and decades on end with no purpose or design except to fight culture wars horseshit in the name of being medical messiahs. 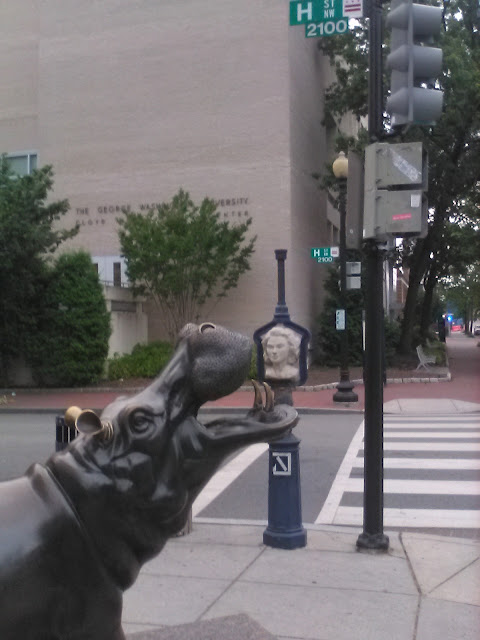 
It goes without saying that the same overclass Media Mandarins and their WOKE Millennial opinion-journalist upstarts nipping at their sagging Baby Boomer asses (Gen X'ers don't even register in this world) are perfectly fine with immediately suspending any and all social distancing in order to have their mass protest movement. With all of this in mind, I feel compelled to repost (minus the inline links) a National Review Online piece by Michael Brendan Dougherty. And, yes, I admit that I am so fucking fed up sick and tired with this Covid-19 shit and its open-ended, amorphous shutdown of normal life, as is the case here in D.C. 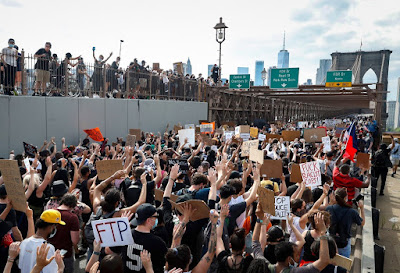 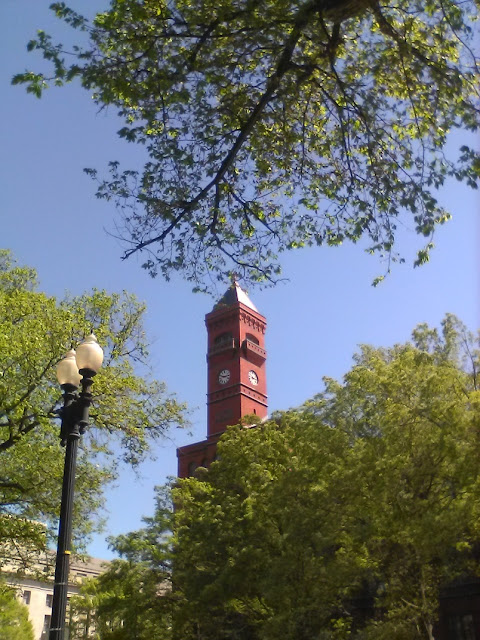 Willingly, most nations in the West entered into a kind of voluntary home imprisonment in March. The term for it was “lockdown.” Normally a lockdown is used to end a prison riot. But in this global pandemic, the Western world is going through the reverse process. 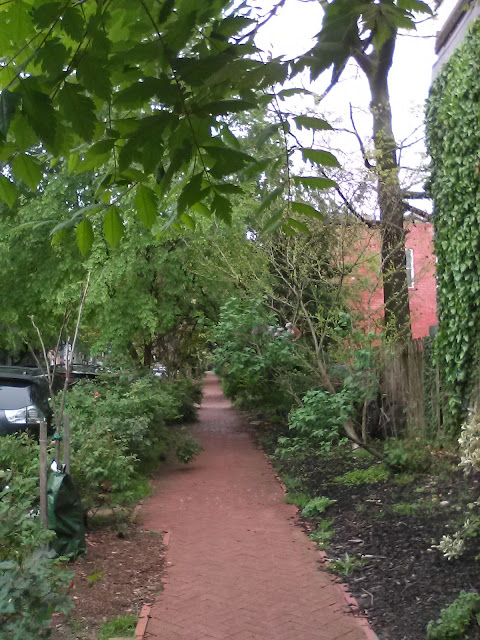 Mass protests against American police brutality and racism have erupted in Dublin, London, and Paris. London and Paris have already seen riotous scenes. Downing Street is being trashed in daylight as I write. This is happening despite social-distancing guidelines and lockdown measures that are stricter and more punitively enforced than those in the United States. 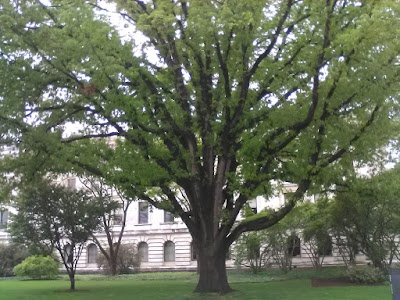 Boris Johnson’s government has reaffirmed the right to protest, while cautioning that protesters must still adhere to the pandemic-control guidelines, which limit public group gatherings to six people. In Ireland, such gatherings are legally limited to four people. Yet thousands-strong crowds persist in both cities. 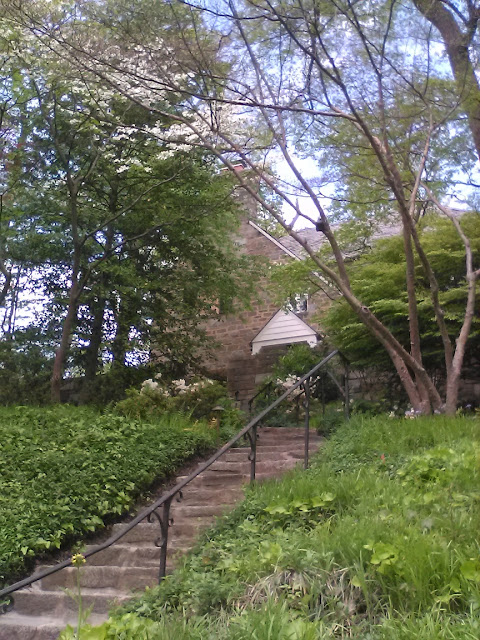 The spectacle would be hard to put into a novel: Huge throngs of protesters chanting “I can’t breathe” during a global pandemic that targets the human respiratory system. 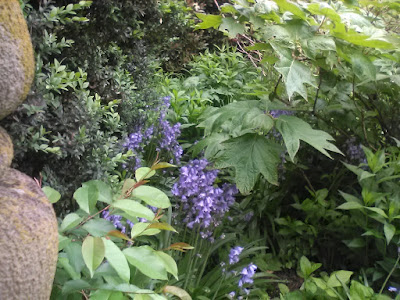 It’s not enough to say that American politics have gone global. Just as an astonishing amount of entertainment media from America is pumped abroad, an astounding amount of foreign news media is little more than rewrites of American media. But that doesn’t explain the global protests and riots. 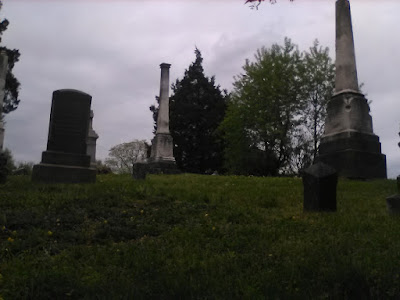 The first thing to note is the mind-bending surreality of it all. After months of hysterical denunciations of beachgoers, parkgoers, churchgoers, and conservative protesters, suddenly governors and even epidemiologists are endorsing mass gatherings that go against the current strictures they imposed on the rest of us. 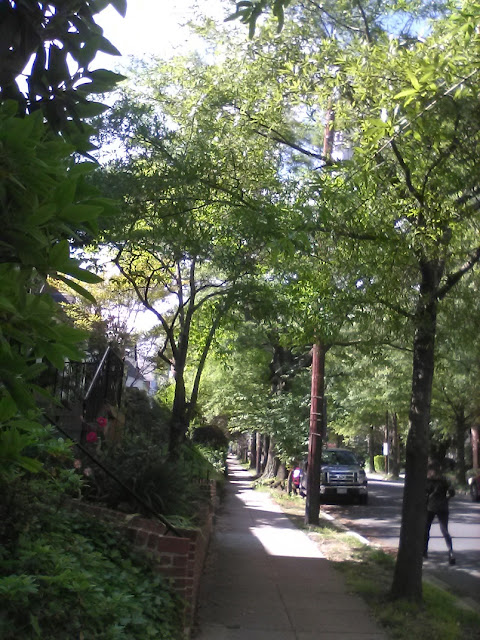 The strictures, which prohibited not just normal business but also weddings and funerals, are dismissed as merely the denial of a hairdresser appointment. Want to hold an Orthodox Jewish prayer service in Brooklyn? Mayor Bill de Blasio will bring the police crashing down on you. But his own daughter is out there at the much larger George Floyd protests. 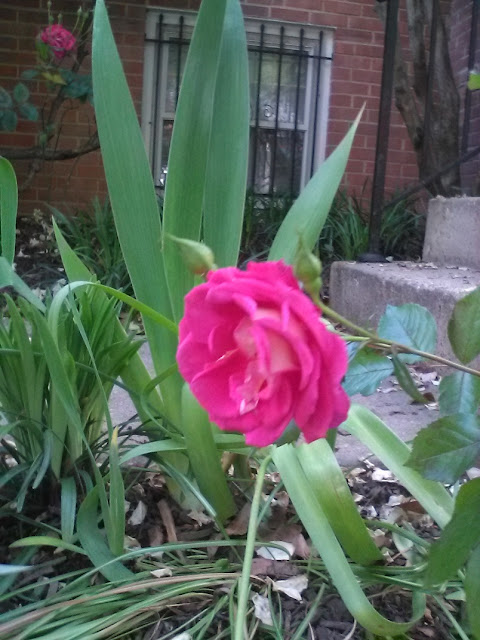 The second and perhaps more important thing to note is that it’s now abundantly clear the lockdowns created a giant social vacuum. Many people trapped in this vacuum are suffering. Anecdotally, my EMT friends in New York say they are responding to many more times the calls for suicide and overdoses now than for COVID-19. But our streets suffer from the social vacuum as well. 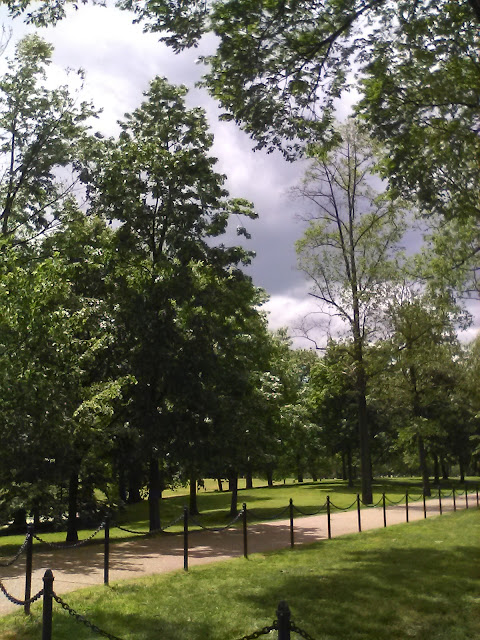 Left-wing writers belittled lockdown protesters in Marxoid terms: as tyrannical agents of capital demanding personal service from the working class. But in fact it is not so easy to distinguish what these writers take as vulgar commercial behavior from healthy social behavior. Meeting friends and family for dinners or cookouts is a social activity that has commercial implications. Ditto talking to shopkeepers, deli workers, or your hairdresser. 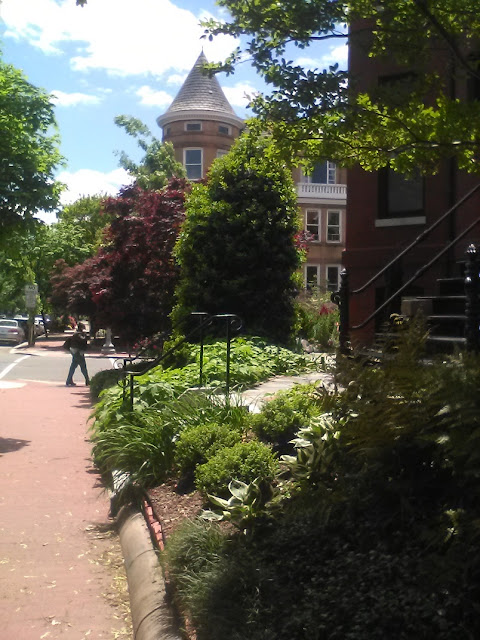 Many schools are also commercial enterprises of a sort. Taking engagement photos on Fifth Avenue near Rockefeller Center is a form of commercialized personal service; it’s also a touchstone moment in the lives of the two principals. Our social behavior endows these spaces with a kind of grace. 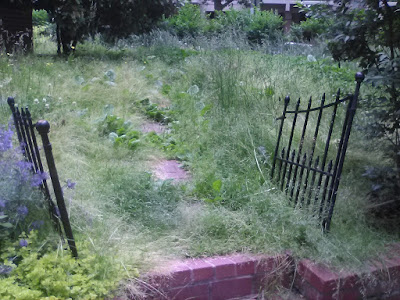 And the absence of this grace turns out to be an absence of protection. Social behavior is a kind of prophylactic against anti-social behavior like rioting and arson. A closed business doesn’t just lose the security guards who protect it by day, but the shoppers, clerks, and passersby whose presences also protect our streets. 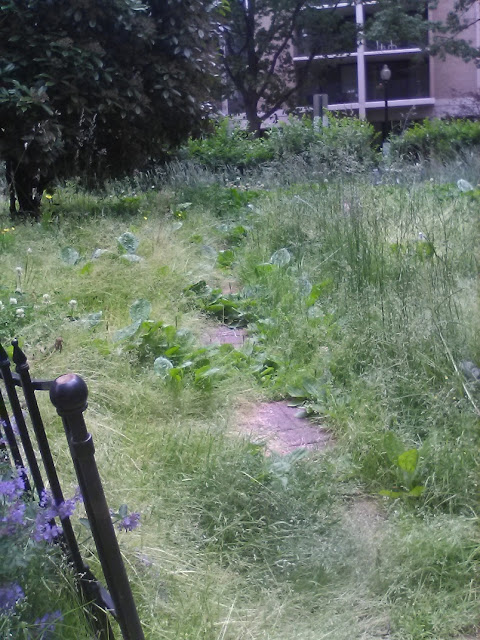 Social-distancing regimens have made our cities empty of the behavior that redeems their occasional ugliness and sometimes oppressive scale. Cities have been emptied of many of their most conscientious citizens — the folks who, just by going about their business, were a defense against anarchy. 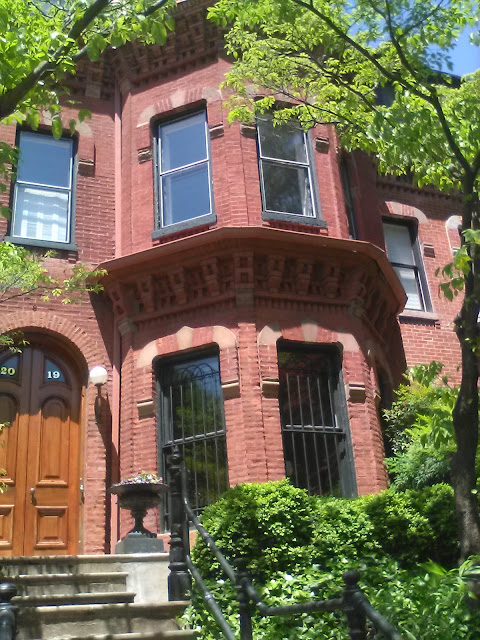 As a matter of justice, the rioting must be ended. As a matter of fairness and equality before the law, the mass protests must also be ended in the name of public health — or else the lockdowns on our schools, camps, weddings, funerals, civic organizations, and businesses need to be lifted too. 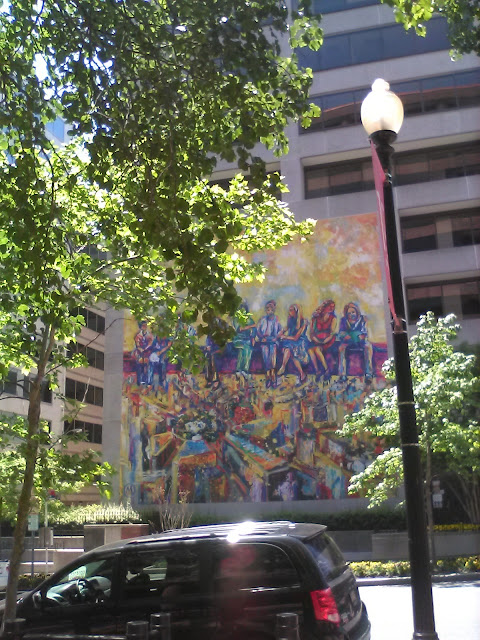 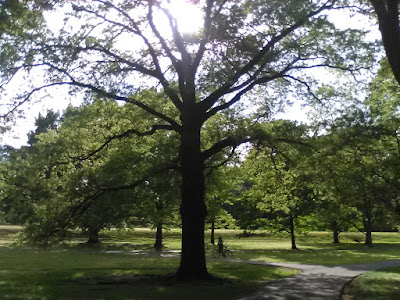 And, I think on that note, I'm just going to end this entry. I'm going to try to post another one tomorrow (Saturday) night, but it will not be a political-themed one. I really want to take a break from all of this Covid-19 pandemic and civil unrest matters crap and go to other topics.
--Regulus
Posted by Regulus at 3:51 AM