Must repost this video of a Tucker Carlson commentary ...

I thankfully in this present moment of American cultural insanity that I live as obscure of a life as I do (with very limited online presence except for this blog). 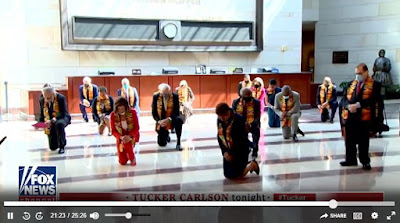 About the insanity, let's state it upfront: A frenzied Maoist-like Cultural Revolution is sweeping the country. undoubtedly juiced up, so to speak, by the open-ended Covid-19 shutdown and rebellion against All Things Trump and Republican toward the end of his disastrous, likely single term. It is the follow-on to last week's riots, looting, mass protests, and general street theatre. 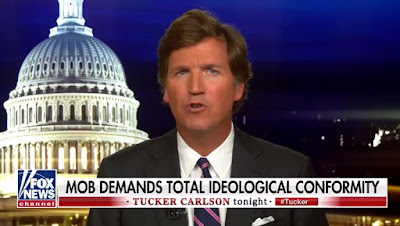 It is being led by howling social media mobs deep in their Jonestown cult stage who are acting as the shock troops of a tiny, fanatically Culturally Marxist cadre that sees its historical moment to seize as much power as possible. As Carlson said in the 25-minute segment from his show last night with video reposted above, imagine giving the crazies in an ultra-woke college humanities department actual physical power over society. 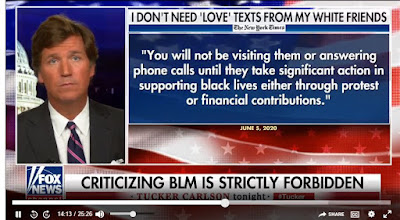 Given the astonishing power of this Bolshevik-like cultural cadre and in a country rapidly descending into an illiberal Left mania, I'm even reluctant to use the term "BLM" because of the ease, 1984-like, with which you can be cancel culture "vaporized" and, of course (as is the goal) fired from your job and rendered unemployable for life. 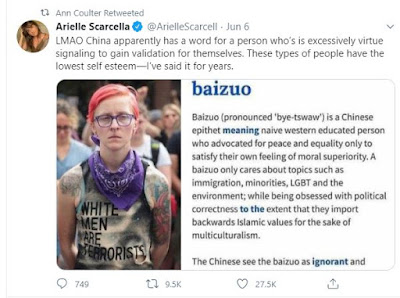 Such vaporization is the summary punishment of the white and woke mob for thoughtcrime deviations involving the "proper use" of that term. It is a predominantly white and young (under 35) mob in a Maoist Cultural Revolution-like frenzy of an identity politics cult that itself is lying prostrate and in supplication before the Bolshevik Inner Party of WOKE academics and various cable TV and internet commentators with its "IngSoc" the amorphous "BLM" term. 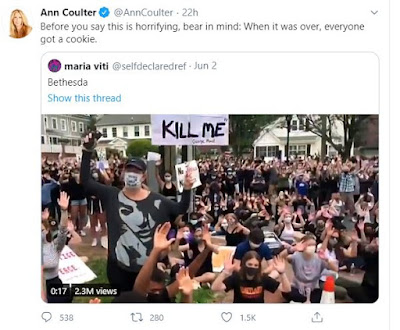 And unless you have enough financial resources to get through life without needing to earn money, you're done for. And that's precisely the goal of the WOKE shock troops. 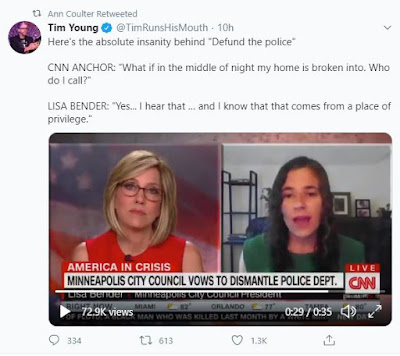 Having said that, though, I am still posting this entry. I'm not going to live my life at such a level of fear. I may be a lot of problematic and even mentally off-kilter things, but I'm not going to be a complete cowering coward. Maybe just a little.
--Regulus
Posted by Regulus at 12:24 PM