Light of Whose Worlds? Summer Madness 2020: Vital Media-Enhanced WOKE Dialogue During the Great Summer Awokening of 2020 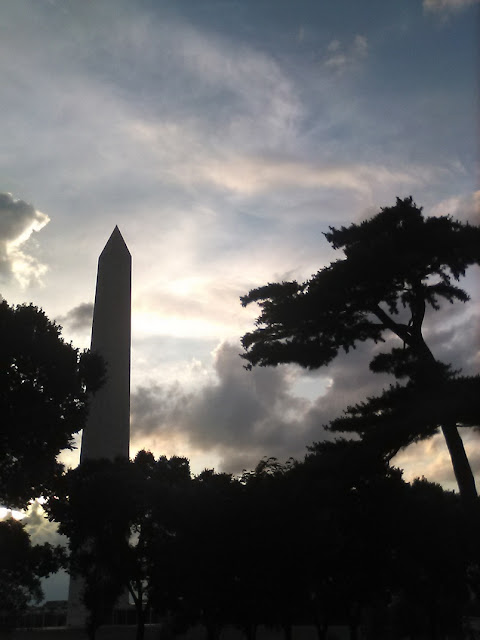 We're now four days into Summer Madness 2020 season. Let's have a belated Welcome to our Great Awokening of Summer 2020. And what a GREAT WOKE SUMMER it promises to be. Even now, Yahoo News promises the following for tonight, so mark your WOKE Outlook calendars: 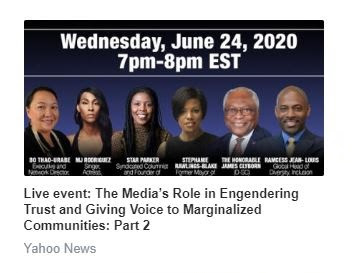 On this super-timely very topic of "engendering trust and giving voice to marginalized communities," a farrago of Critical Social Justice Warriors will be coming to a TV, computer, or Smartphone screen near you to have this long-overdue dialogue. 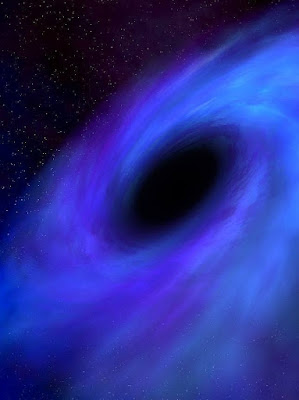 As we fall ever-farther into the inescapable Cultural French Revolution gravitational well our Great Summer Awokening of 2020, MSNBC, CNN, Slate, Salon, the Huffington Post, the Washington Post, Vox, CBS, NBC, and ABC, among others, are teeing-up "panel discussions," interactive town halls," and "virtual vigils" ... Why, it'll be a veritable 2020-version of the late 19th Century Chautauqua movement.


All of which promise sustained DEEP DIVES into the "systemic and structural reasons" why its just fine to violently assault a Macy's worker because of his race (i.e., a racist attack), if only because you're a jacked-up street thug who do "instinctively" does stuff like that -- all while someone identified as your actual brother happily records it -- even brags about it online -- only to have it end up picked up in a retweet by the President of the United States of America himself. 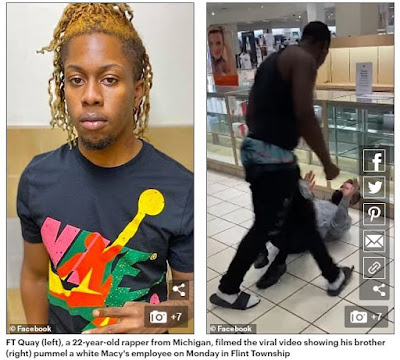 Great Awokening of Summer 2020:
A Media/BLM Dialogue on Race, Part I
Yes, as part of his endless and endlessly ineffectual Governing-by-Tweet style, Pres. Trump retweeted the Matt Walsh tweet imaged directly below -- a tweet that is spot-on in its sentiment. The retweet "triggered" the obligatory media freak-out precisely because it screws up their totalitarian-minded narrative. This resulted in hysterical headlines about "racist dog whistles" and all the "angry pushback" from the public twitter mobs. 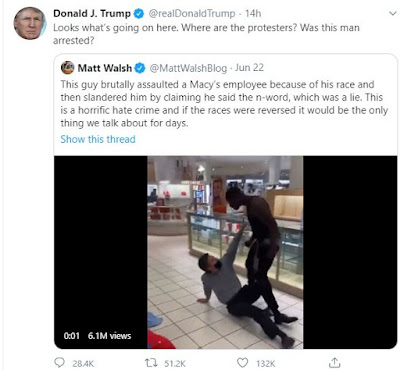 This long-overdue "dialogue on race in America" will also mau-mau you into understanding why it's fine for a openly racist punk to giddily bounce around because he thinks it's "open season" on his race-based enemies (why else have the twitter handle "wypipo_h8"?). 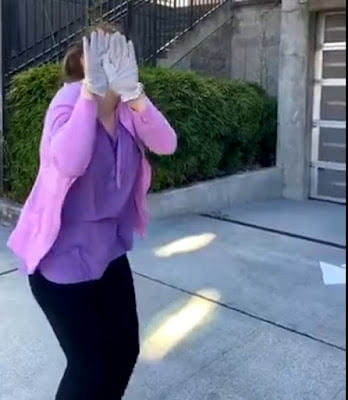 Great Awokening of Summer 2020:
A Media/BLM Dialogue on Race, Part II
In particular, it will include why terrorizing a helpless and confused woman following a minor vehicular incident for his sadistic, self-aggrandizing, and race-baiting purposes, worthless pussy punk. The dumb dick is lucky he didn't pick on some driver with a gun, although from a cultural point of view, it's a lot more troubling the fact that he genuinely thought he was the victim and broadcast his actions to the world. Again, this summer's dialogue will explain why that's morally and ethically right.
Here is a good Spectator piece that delves a bit into the sociopathic and sadistic mindset of these sorts who seek social media-based vigilante justice for perceived, typically race-based wrongs -- and this attention-craving ass-wipe Karlos Dillard fits squarely into that mold. 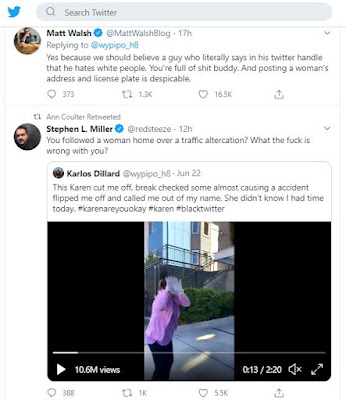 What's more, this summer's vital dialogue will also explain why what on the surface appears to be the idiots at CNN falling hook, line, and sinker for this hoax -- one involving NASCAR, so you can understand the fervent CNN desire for it to be true -- is still "true" from a Cultural Marxist-Leninist maximalist social and racial struggle perspective. 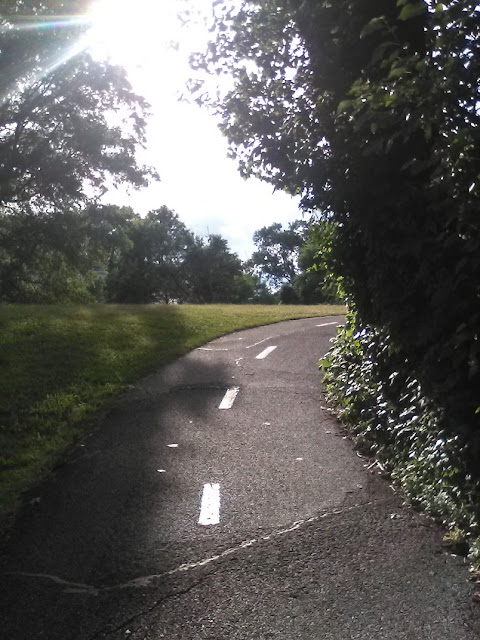 In summary, all forms of dialogue this summer will take place from an ULTRA-WOKE, gibbering, post-modernistic perspective with an endless mish-mash of lunacy that, to quote Jonathan Swift, "perverts the general reason of mankind." But it will help bring us ever closer to the BLM Cultural Marxist-Leninist dream world, namely, a reverse-racist apartheid society that is as fully color-sighted (i.e., as far from color blind as possible). 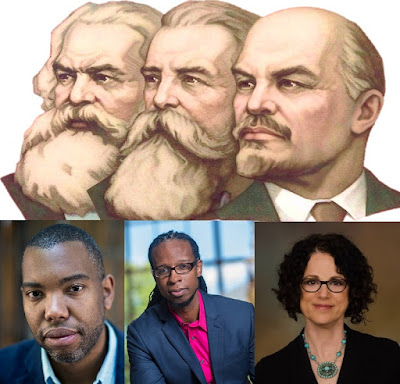 
On a seemingly unrelated but actually tied-in matter, the Covid-19 is now back up to where it was in April based upon "new cases" with a "surge" seen in the American South and West, possibly due to recirculated air conditioned air and failure of people to remain 600 feet apart at all times. 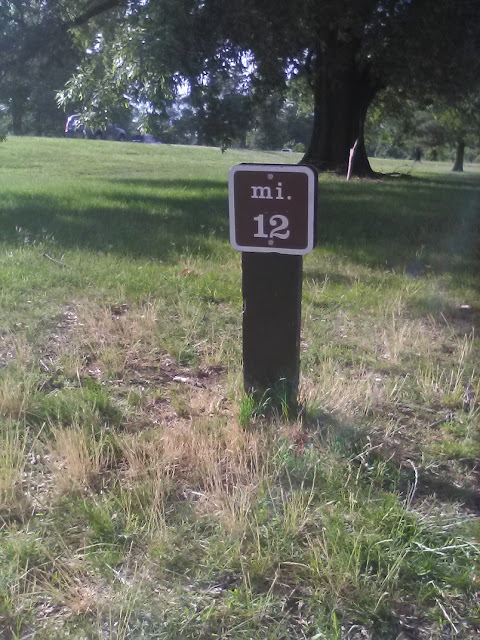 This is why things are so great Covid-19-wise here in ULTRA-WOKE Washington, D.C., where all-good-Millennials remain in abject be-masked terror and the young women are just two steps away from being in a permanent MEDICALLY WOKE burqa.

The whore-stream media is celebrating this rise -- especially since it's "young people" (i.e., specifically, Trump supporters and the NON-WOKE) who are "contracting" the virus. There is, as yet, much disappointment that hospitalizations and ICU usage is still low -- and consternation at the massive drop-off in the death toll in the past month. That fact is HATED by the the Anderson Cooper types. 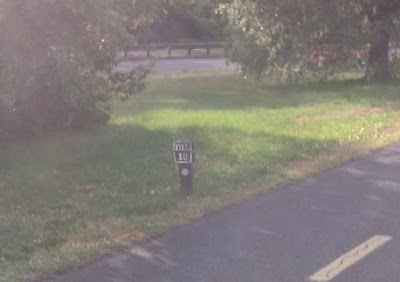 "The CNN Rule:" Social gatherings are only permitted when WOKE mobs are rioting, looting, and tearing down whatever statues offend their collective sensibilities. 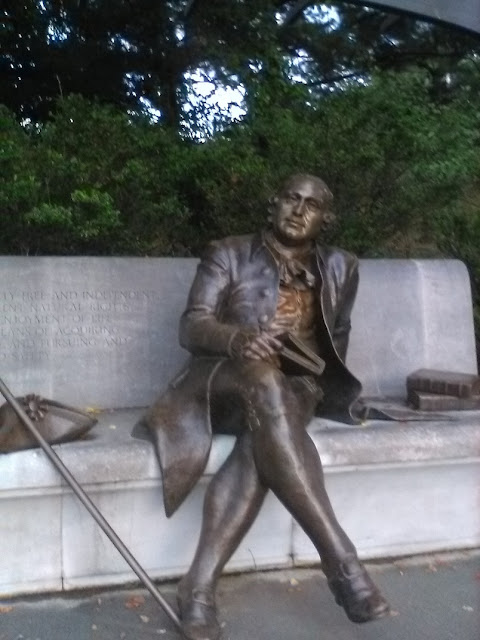 So, in conclusion, I'll restate it: Welcome to the Great Summer Awokening of 2020. The media-enhanced WOKE dialogues promise to be OFF-THE-CHARTS and the OFF-THE-RAILS. Enjoy. And get WOKE.
--Regulus
Posted by Regulus at 12:36 PM