Now this story deserves a big shout out:
Missouri Couple Points Guns At Protesters Marching Past Their Home
Awesome!!


This is what we need more of. 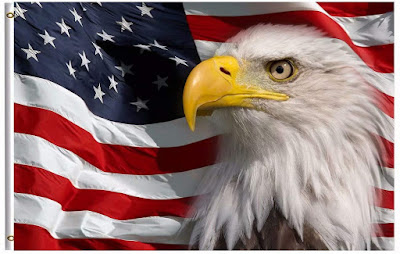 And right at the start of week of the July 4th, 2020 American Independence holiday to celebrate the 244th birthday of a country coming badly mentally and socially unglued.
And to all you "DEFUND THE POLICE" ass-hats -- this means you, Lisa "calling the police against a violent crime is just white privilege" Bender -- this is how that will play out: 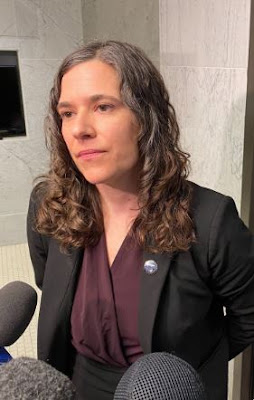 Destruction of urban police forces and their replacement with wholly untrained, clueless, "community peace patrol" SJW types with no ability to function in a real world. More "CHAZ/CHOP"-type "autonomous zones." (That little bit of BLM dystopia came to a merciful end.) And the oligarchical overclass will bring in their own highly weaponized paramilitary squads. That will be a helluva lot more brutal than what you have now. 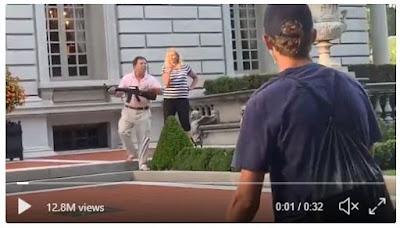 Move along, Antifa WOKESTERS
As Sam Harris said in his podcast 207 -- and for whatever issues may or may not exist with American civilian police departments in terms of "systemic racism" or, more immediately substantively, over-militarization -- giving the state a monopoly on violence, given human nature and passions, has been the best things that human beings have ever done.
Get rid of it at your serious peril, no matter what some he/she/it wacky city council-human or county commissar commissioner thinks. 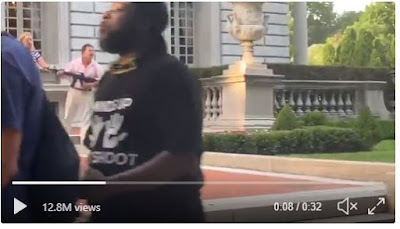 Sorry, we're not buyin' the destruction, the looting, the violence that you are sellin' ...
Here in D.C., you wouldn't or couldn't get a situation like this given the decades-long debilitating restrictions on gun ownership by law-abiding citizens (yeah, that works). Instead, all the multi-million dollar properties in the fancier sections of Northwest D.C. have as their "protection" 10 or 12 BLM placards in their yards. 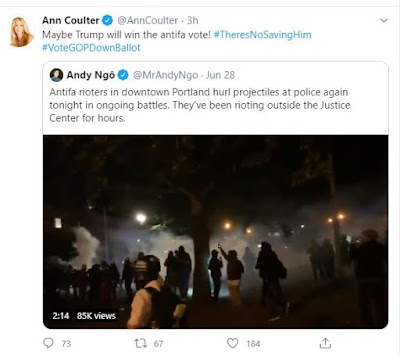 Antifa / BLM rioters causing mayhem in Portland, Oregon in the name of "social justice" or whatever.
*******


For her part, Mayor Muriel McCheese (D - WOKE) wouldn't lift a finger to protect those people from the yowling, mouth-foaming WOKE mobs, the Antifa bomb throwers, or the BLM Marxist-Leninist cadres targeting specific groups because of their race (i.e., being the very thing they claim they are against). 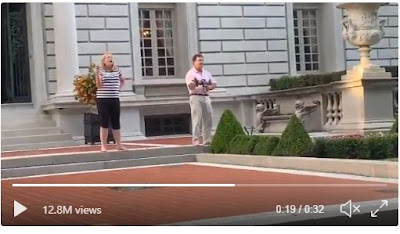 Tell it to Robin DiAngelo at the next WOKE corporate seminar.
To be clear, this article on Yahoo News! originated on Huffington Post, which is WOKE-FRENZIED Maoist Cultural Revolution riotous, all-destruction, all-cancellation cult central, a one-time left-leaning news aggregation site that is now one of BLM's Marxist-Leninist media-configured cells masquerading as a journalistic news organization.

If you want the backstory on the tweet that "triggered" the crazed snowflakes at K-State and prompted a campus-wide mental lockdown, see here.
*******


Of course, it doesn't much matter anymore what is the Illiberal Left whore-stream media outlet: It's all the same, totally colonized by young Millennial (and soon to be even worse Gen Z) wokesters ... The sort who created that bizarre WOKE witch hunt of the listserv for center-left data analysts known as Progressphiles, but better known (per this article) BIG SISTER IS WATCHING YOU. 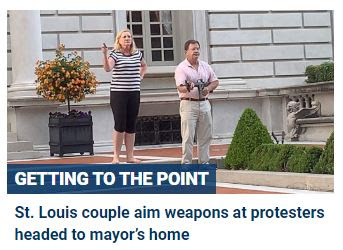 
In this way, the Washington Post and New York Times, especially in their online incarnations, are little different from the radical and illiberal WOKE advocacy "perspective" of the Huffington Post, MSNBC, Slate, Salon, CNN, Vox, CBS, ABC, or even frickin' worthless, DEFUND IT NOW! NPR. 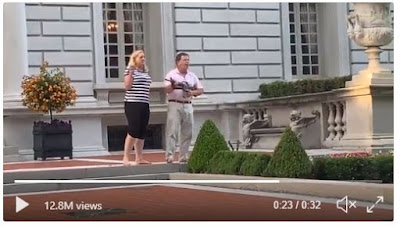 I mention this because the article is written from the perspective -- again, if you want to call it that -- of how "shocked and outraged" are the faceless hoards of online Twitter mob trolls that form phalanxes of shock troops in our low-grade physical but severely psychiatrically destructive civil war, exacerbated, of course, by the ever-more-detached-from-reality Covid-19 media pandemic.
As for Trump, he appears to be through -- basically, just giving up, or else psychologically incapable of actually governing in a meaningful way. But we sorta knew that all along. 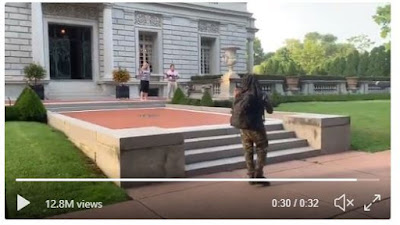 "Sorry, we already get the Watch Tower."
--Regulus
Posted by Regulus at 1:20 PM