Welcome Merry, Merry Month of May 2020: A Recap of How Crappy Things Stand During This Quasi-Pandemic, Lockdown, and Second Great Depression -OR- Springtime in TrumpWorld 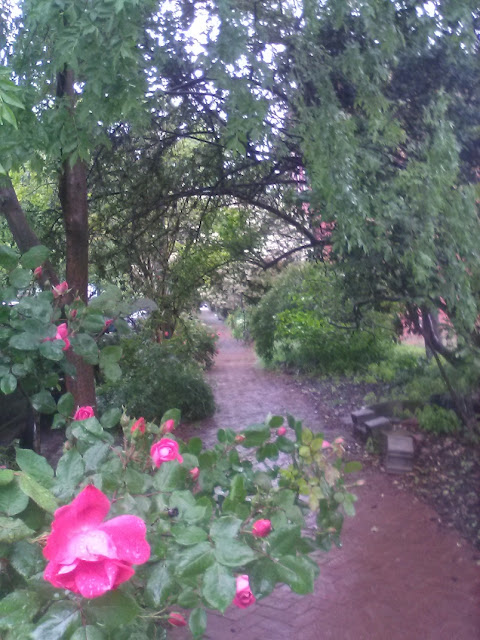 
So, as we start the merry, merry month of May -- and approach day 60 of the general societal lockdown that began in early March as a result of the novel coronavirus SARS-CoV-2 and resulting COVID-19 quasi-pandemic, this is a useful time for an overview of where things stand in the United States. 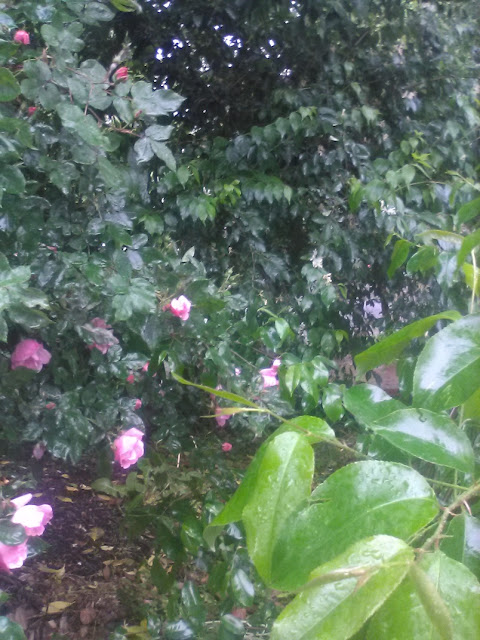 
Based upon the aggregation website Worldometers.info, the current COVID-19 U.S. statistics as of 2:30 a.m. EDT 5/1/2020 indicate the following: 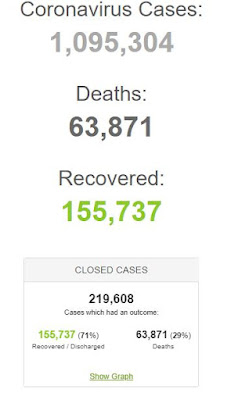 
Note: I chose 2:30 a.m. partly because this is when I composed that part of the entry, including creating reworked figures below. While I didn't complete this entry until Friday afternoon (May 1st), I also didn't want to incorporate much May 1st data since the point of the posting is to be a summary of the situation through the end of April. (I think I may have gotten 150 new cases and up to 15 fatalities after 00 GMT/UTC 01 May 2020.) 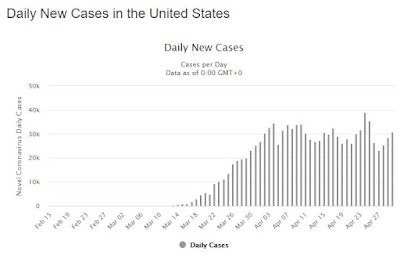 
Based upon the same Worldometers.info site (which simply aggregates all the different reporting agency statistics), the daily number of new cases in the United States ending at 00 GMT/UTC or 8 p.m. EDT:

For both daily new cases and daily fatalities, there appears to be a weekend reporting effect whereby the numbers drop noticeably -- only to rebound sharply Mon, Tues, Wed.


There is then a rounding / plateauing on Thurs - Fri before the cycle then repeats. You need a multiday smoothed average to see any possible trend. 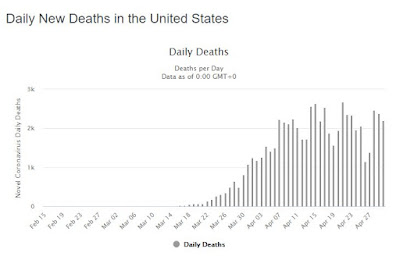 I should mention, this site after-the-fact removed the addition of the 3,778 "probable cases" deaths that New York dumped into its April 14th tally, so that scale distorting spike is gone.

Other online news sites including the Washington Post are still showing it: 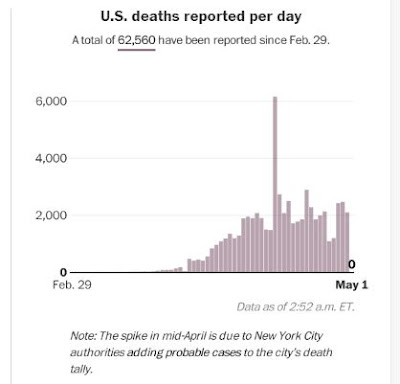 As for any trend, there might be a slight downward one in terms of new cases. However, diagnostic testing remains chaotic and uneven with no meaningful federal direction because of Trump's diseased mind and all-around sociopathy. (As for the serological "antibody" testing disaster, more on that below.) 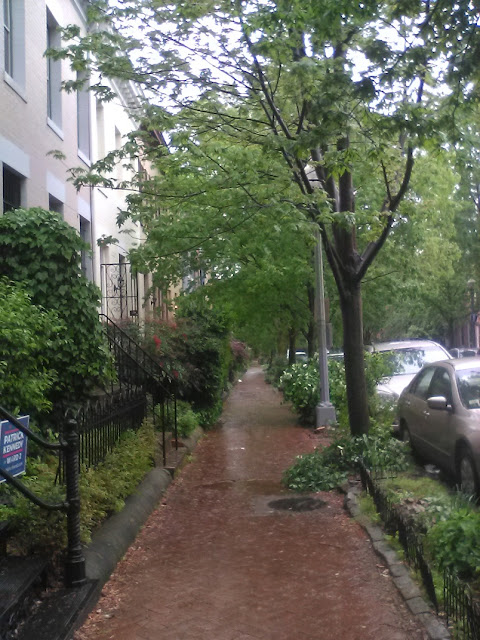 
My point is that the steady number of recorded new daily cases might simply be reflective of the fact that a significant fraction of the population is already infected -- so that testing, even haphazardly done, are simply picking up on that fact. 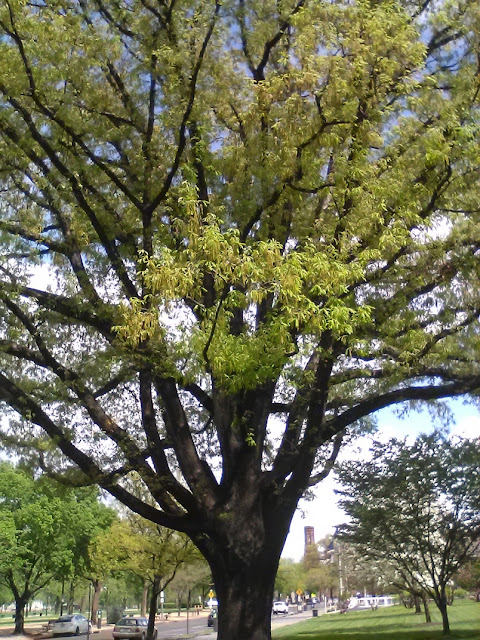 
Keep in mind that the more WOKE media elements can't stop yowling about how nobody except the rich and powerful OR the very sick can get a test, which belies the assertion that is then made (in articles such as this uselessly speculative, ultimately harmful one) that the steady number of new cases is due to "community spread" among both critical care workers and low-income people who must work to survive. 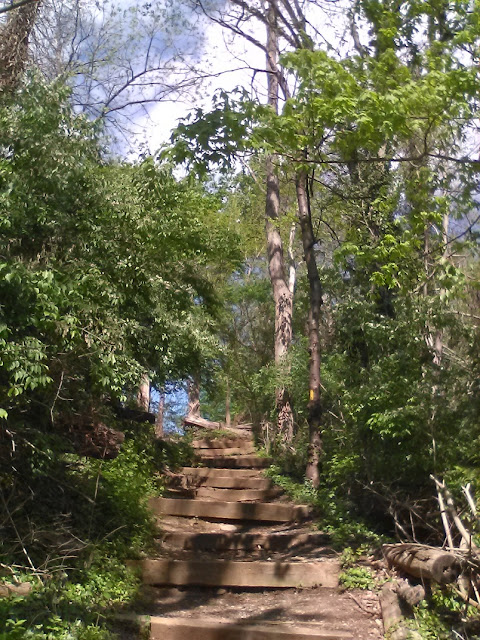 
It was a week ago (on April 23rd) that FiveThirtyEight's Nate Silver wrote the following statistical analysis: Coronavirus Cases Are Still Growing In Many U.S. States. Silver concludes that the social distancing element is not really enough to "bend the curve" downward -- just keep things sort of where they are, i.e., basic reproduction number, Ro = 1.00. 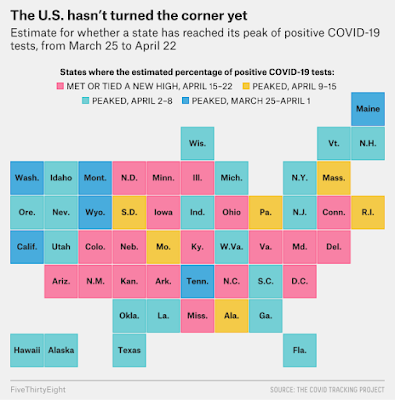 
The last paragraph is worth quoting in full:
In short, the United States desperately needs to work on techniques in addition to social distancing to fight the spread, including better testing, case-tracking, quarantining of sick individuals, and better sanitation and hygiene. Social distancing has likely been very helpful to slow the spread and, in many states, even reverse it. But if it's the only tool we’re employing -- and it's a costly tool to wield -- it may only be enough to allow us to fight the coronavirus to a draw. 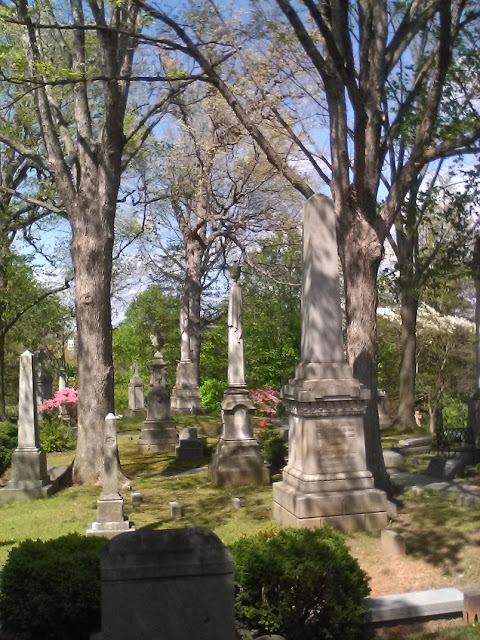 
Now don't expect any of these other things because the United States is, indeed, a failing country led by a syphilitic madman in the form of Donald J. Trump and an associated political party, the Republican Party, that is now simply a Mitch McConnell-style nihilistic cult dedicated only to power and nothing else. 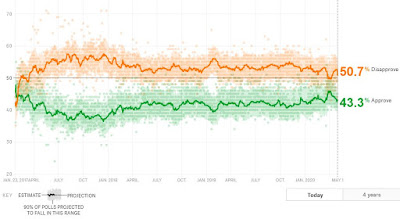 
Thanks to the fear, ignorance, and stupidity that has long been pandemic in this country, this situation has an operationally constant level of 43 percent approval. What's more, due to the severely counter-majoritarian nature of political power in this country, that 40 to 43 percent support is more than enough to maintain this situation effectively forever. And, YES, this includes threading some obscene Electoral College needle to victory even without Russian social media information warfare and Republican Party voter suppression drives and/or outright vote total manipulation. 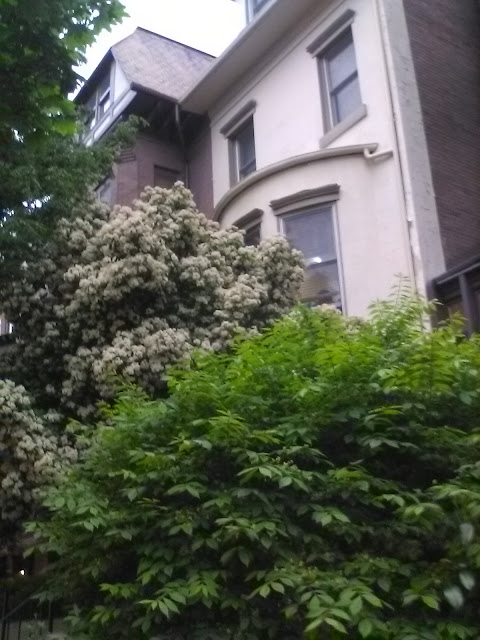 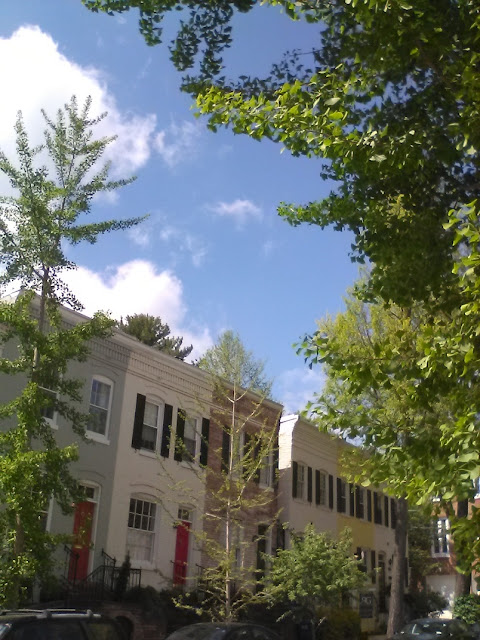 
Key passages from the piece:
In short, IHME uses neither a "SEIR" nor an agent-based approach. Rather, it uses a statistical approach that utilizes the death curves in cities outside the U.S., which it assumes describe the U.S., too, with no attempt to judge whether countermeasures such as lockdowns and other social-distancing strategies U.S. are and will be as effective as elsewhere, especially Wuhan. 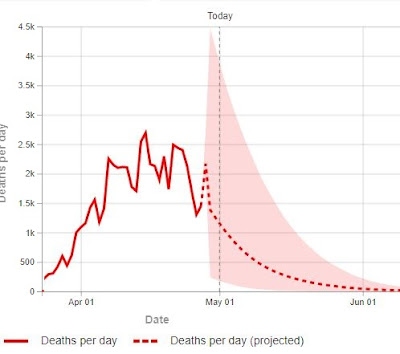 
The article notes that while the model gets updated with new information, at the end of the day, it's so variable -- not to mention too optimistic in its "first wave" final number of fatalities ending in early August -- that it's problematic to use. 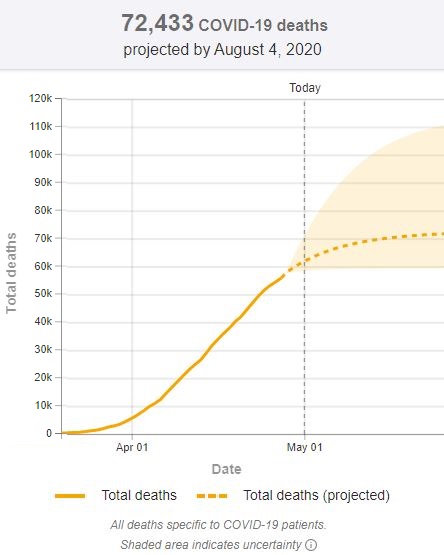 
As shown in the image directly above, that model's current (as of 4/29/2020) "best estimate" number of deaths is 72,433 by early August -- a number that the U.S. is likely to reach in more like 5 days given the current number of daily fatalities (even using a smoothed seven-day average). 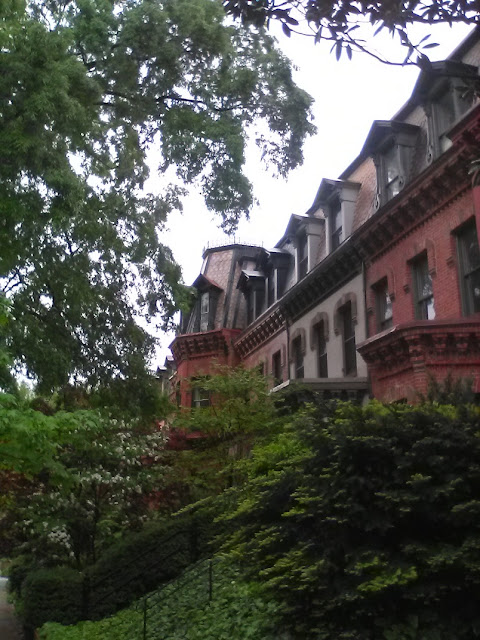 
I mention all of this because my own on again / off again / now back on again view is that I'm doubtful there will ever be that steady fall-off that allows society to have its phased reopening. Instead, people will just be willing to tolerate some "portion of pandemic" in order to start to undo the Great Depression-level of economic and financial hardships and supply chain disruptions -- to say nothing of social / psychological ill health -- of this vast, ill-conceived shutdown of "non-essential" economic activity from which there is at present no serious end game plan. 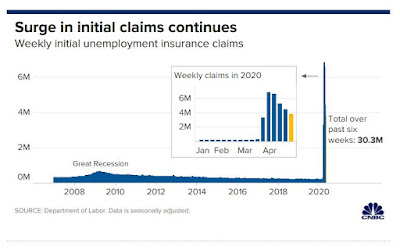 
In the past six weeks, 20% off the American workforce (corresponding to about 30.3 million people) have filed for unemployment and both consumer spending and GDP are collapsing. The first quarter / through March 31st numbers have already been bad -- and the second quarter numbers are going to be catastrophic to include record GDP contraction in the range of 30 to 40 percent and unemployment rate of 25 to 30 percent. 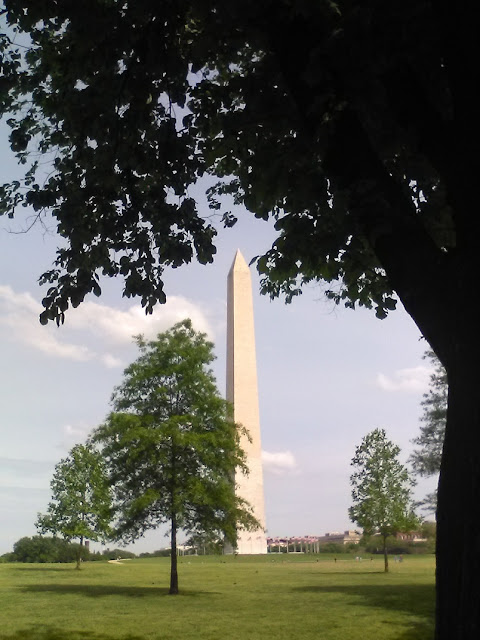 
As the map below taken from today's New York Times online shows, a number of U.S. States are undertaking a tentative, cautious steps reopening -- but extreme damage has been done across society and the economy even as vast numbers of people remain in a combo terrified / deranged self-quarantining frenzy. 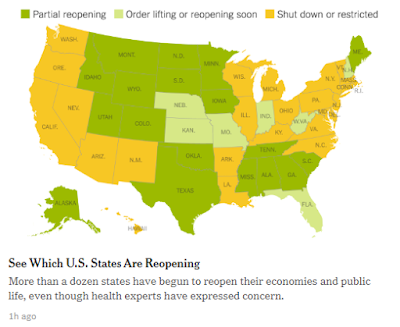 Most of the States distancing themselves from mandatory lockdown are Republican-ruled ones.
******* 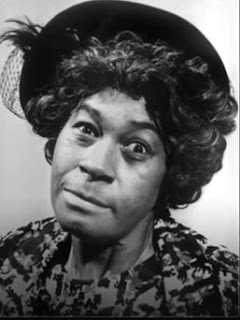 Here in D.C. though, Madam Mayor Muriel and her D'OH Secretary, Dr. LaQuandra (pictured NOT at left), are thrilled to keep things in their current extreme lockdown through July (or maybe the Second Coming of Christ), and obliterate the city's economy. But I don't think that's going to fly. I'll leave it at that since I really don't an ideological mishmash of an entry.


Returning to the topic of COVID-19 testing, the Washington Post had this piece nearly a month ago explaining how and why the CDC screwed up its original diagnostic test back in January and hasn't fixed it since.
About the serological testing -- designed to find out if people already contracted SARS-CoV-2 "novel coronavirus" but were either only mildly symptomatic or asymptomatic -- it remains an inexcusable disaster that is reflective of our continuous American institutional and systemic fuckups. 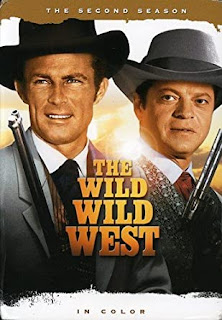 Here is what Dr. Michael Osterholm, Director of the Center for Infectious Disease Research and Policy at Univ of Minnesota, said Sunday on Meet the Whore:

"We have the Wild, Wild West for testing right now. FDA has all but given up its oversight responsibility for the tests we have on the market. Many of them are nothing short of a disaster."


Dr. Osterholm is referring to all the poor-quality antibody tests on the market now with their terrible rates of false positive and false negative rates, which render them useless. Again, keep in mind this is the antibody test -- not the diagnostic test. 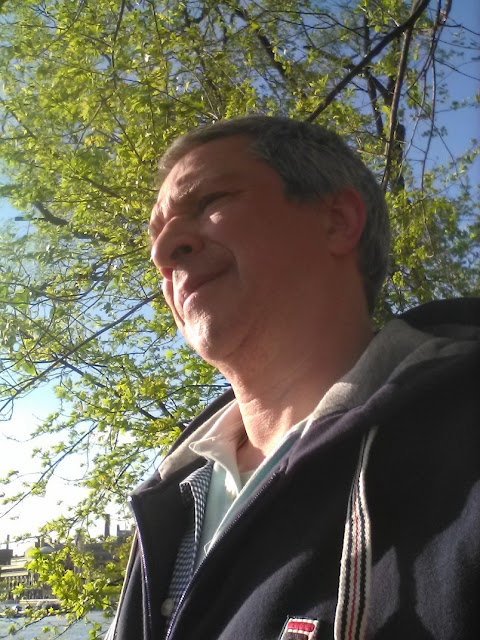 
And with that, I'm going to wrap up this entry. My next planned one will be Saturday night.
--Regulus
Posted by Regulus at 1:05 PM