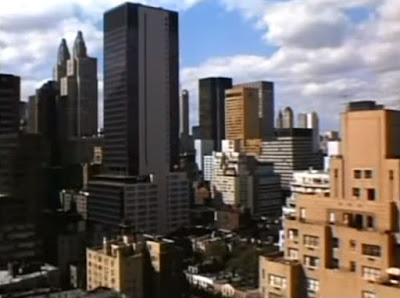 Screenshot of  the "penthouse view" opening sequence of "Green Acres"
OK, this entry is INTENDED to be a short one -- and on a truly random topic, but one on which I've actually spent a bit of time wondering. As context, I watch the show in question as part of my night-to-late-night comfort TV viewing on Cozi TV, Antenna TV, and MeTV during this COVID-19 time. 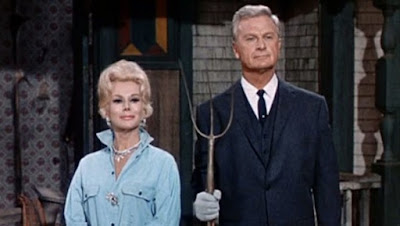 In the opening to the 1960s TV show Green Acres -- sung by show co-stars Eddie Albert and Eva Gabor themselves -- there is the part where Ms. Gabor sings, "I just adore a penthouse view / Dahlin' I love ya, but give me Park Avenue!"
During it, you see a scene of Midtown Manhattan, as it existed in the 1960s. And pictured in the freeze frame image is a black concrete and glass skyscraper that, while not gigantic by New York City standards not even then, much less now, looms prominently. 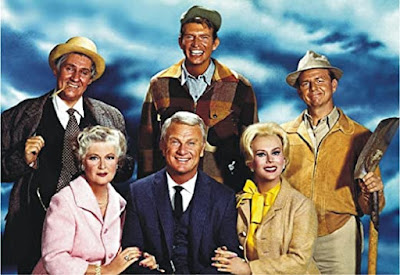 The building consists of a blocky base and an elongated rectangular block about twice the height of the base atop it.
Having said that, the freeze frame image is a bit problematic: It doesn't quite look like an outdoor picture -- but instead almost looks like a set painting, as might have existed then.
Here is another image of that screenshot: 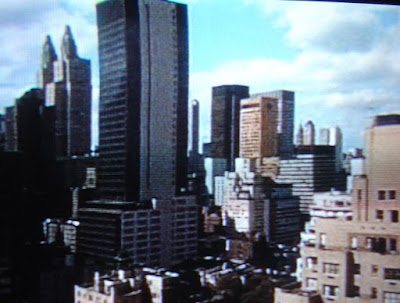 What's more, the fair weather blue sky behind it at a time when the air quality in New York was quite bad.
In Googling to try to find about this Green Acres' "penthouse view," I found this old posting from Flickr user dallee in which s/he writes:
I've been intrigued for a while by the tall building in the "I just adore a penthouse view" portion of the Green Acres opening. Does anyone know what the building's name is and if it's still there?
There is an answer from Flickr user FlickrSi that reads as follows: 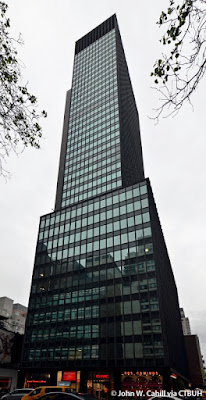 The big black building you see in the front is the Random House building. It is still there.

Recent Picture up close here:
[The link given no longer works and is to some Chinese God-knows-what website, so I'm not including it.]

The building with the twin peaks is the Waldorf Astoria. 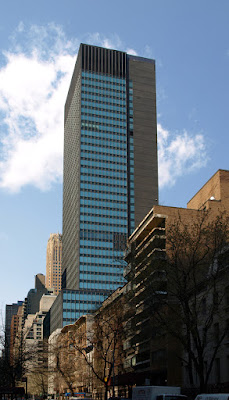 In doing a bit of sleuthing, I found this webpage of an organization called The Skyscraper Center of the Council on Tall Buildings and Urban Habitat (CTBUH) -- and it includes the picture posted directly above and at left. The page also indicates the building was constructed in 1969. I mention this because, if true, it poses a slight problem in that Green Acres was on the air from 1965 to 1971, meaning the building would not have been constructed or completed until four years into the series.


But I'm not even going to try to resolve that issue. 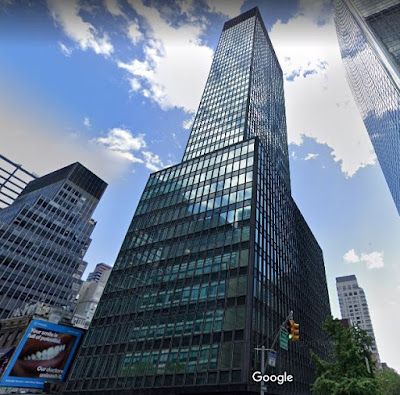 Finally, as for the building's name, The Skyscraper Center webpage lists it as simply the address, 825 Third Avenue, but apparently it also used to be the headquarters of the old Random House -- now part of the larger conglomerate Penguin Random House. 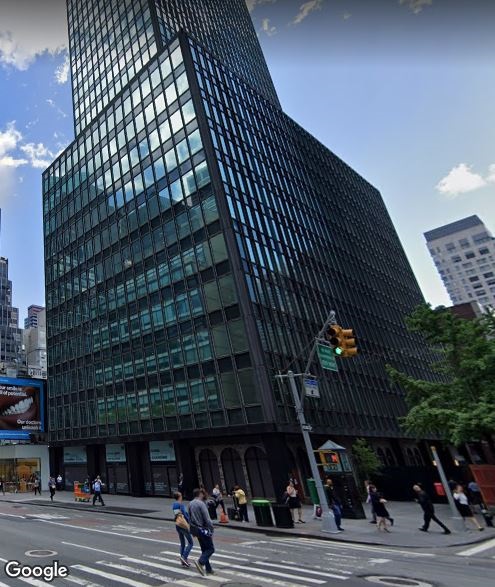 This can be a bit confusing since -- as explained in this Wikipedia article -- there is a much newer Random House Tower, a.k.a., the Park Imperial Apartments, a 52-story structure located at 1745 Broadway/230 West 56th Street. 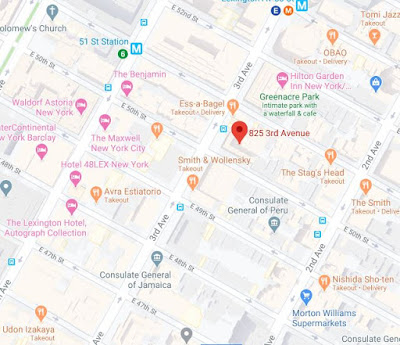 
Of note, that Wikipedia article lists the old Random House headquarters as 201 East 50th Street. A little bit of Google street viewing reveals that this is the same building as 825 Third Avenue. This is in Manhattan's Midtown East section. 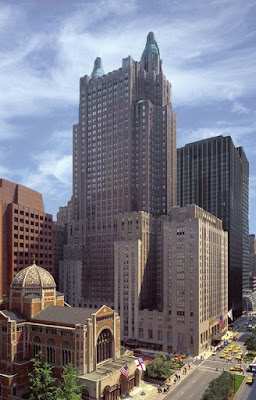 As for the Waldorf Astoria Hotel reference (pictured left), it's about a block away from 825 Third Ave / 201 East 50th Street at 301 Park Ave at the corner of Lexington Ave and East 50th Street. In looking at the screenshot image -- in which we're clearly looking at the south façade of the building with the hotel left (west) of it -- this means the Douglas's penthouse is NOT on Park Avenue but rather more like Second Ave and East 50 Street.


That's still in the ultra-super-duper wealthy Midtown East section of New York City's Manhattan borough ("New York County").
Also, as an aside, as rigid as is Manhattan's street grid system, and as rigorous the numbering system, the street addresses appear to have no relation to those streets -- which makes Manhattan wholly unlike Washington, D.C. 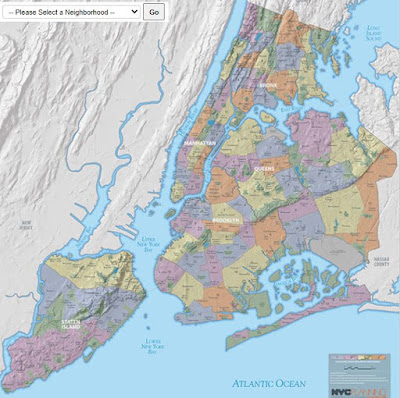 What's more, given the fact that the five boroughs weren't unified into a single city until 1898, all the boroughs have their own grid system, and actually, multiple grids. 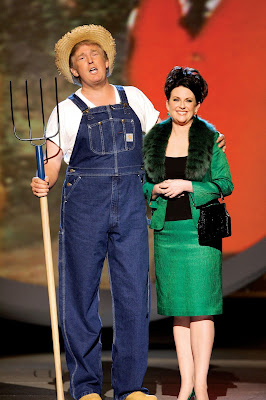 But I don't want to go down that rabbit hole tonight.

And, no, I'm not going to mention that time that Donald Trump -- back in 2005 when he looked still kinda normal but by all evidence was still a psychotic sociopath -- dressed up as a hayseed and sang the "Green Acres" theme song with Megan Mullally in her Karen Walker character.


I should mention, as I did here, that Tom Lester -- who played Eb Dawson -- passed away last month (on April 20th) at age 81. He was the last regular cast member of the show.
OK, that's all for now. Signing off. G'night.
--Regulus
Posted by Regulus at 4:44 AM