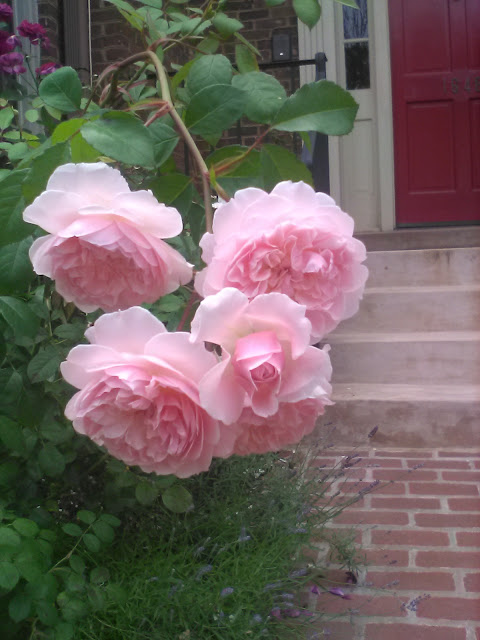 
This entry is just a Sunday early afternoon update. I'm in a bit of a hurry to get to Gary's place, and I just don't have time to post a lot of pictures.
The ones in here are a series of flower-themed ones -- all rose bushes -- taken on four separate occasions this not-so-merry Month of May on walks out-and-about in my Dupont Circle neighborhood around 21st and 22nd Street or in Georgetown (see file name for general location). 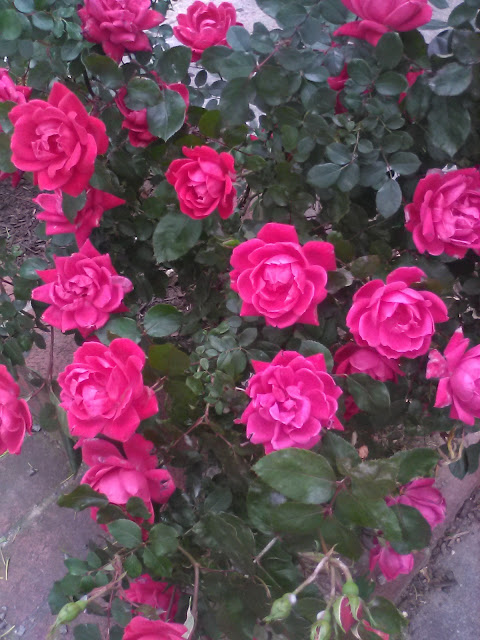 Except for the lead one, 'm not captioning them, partly because I don't remember precisely where I took each of them and partly because I'm in a hurry to finish this entry. The file names contain time and date info, though.
I should point out that this has been quite an extraordinary spring for roses and other flowers, although now the weather is getting very warm and humid and we need some rain.
******* 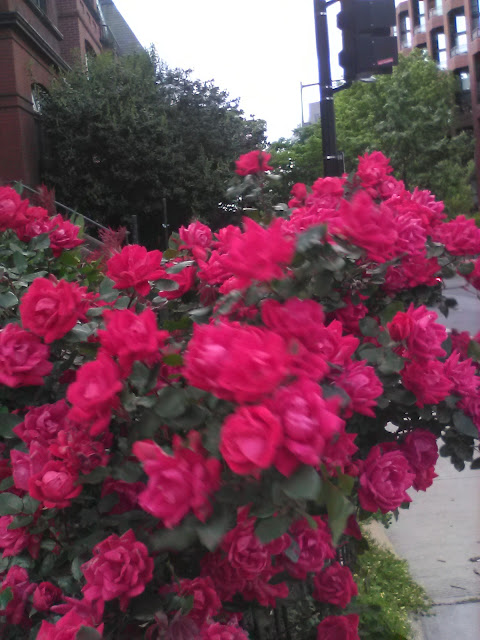 As for the update ...
Apologies for no entry last night.
I had an unusual sort of Saturday in that I met two of my office coworkers -- my friend, Matt, and my supervisor -- neither of whom have been in the office since mid-March when "maximum teleworking" began as a result of the Covid-19 situation. (I continue to go into the office because I'm in an unusual situation whereby I can and do go.) 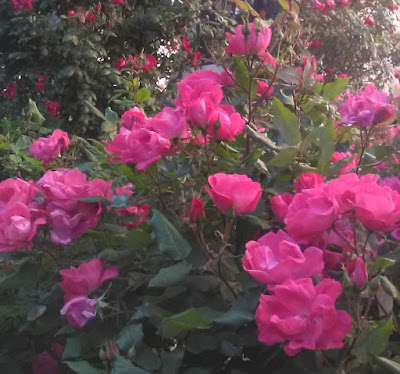 We had arranged to meet on the National Mall for a sort of picnic -- with appropriate social distancing, of course. I suggested the shady areas near the World War II Memorial and Constitution Gardens.
Unexpectedly, Tim said he was available and in D.C. and could join us.
I walked down there from my apartment, meeting Tim en route. I brought some food and drink. 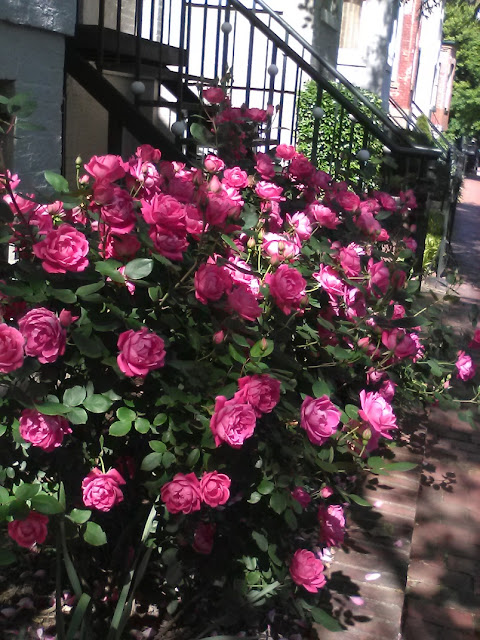 Our picnic, or whatever it was, was joined at the edges by a number of squirrels and two ducks, for a couple hours and had a good conversation, although I think toward the end, it was too political (on current matters of unrest in the United States -- see below) to have with one's supervisor. 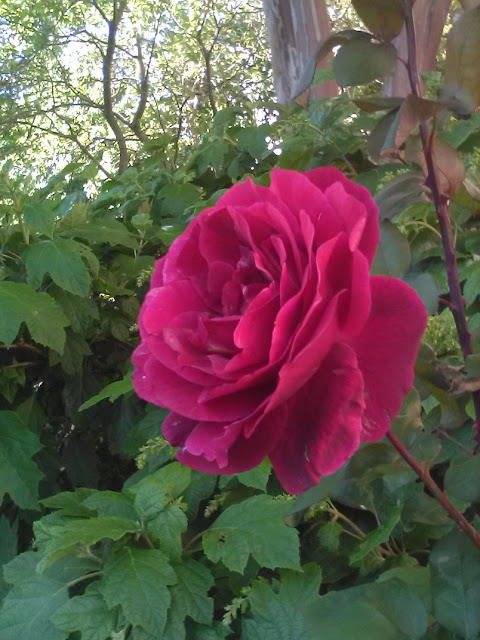 Tim and I walked over to the Washington Harbour complex in Georgetown by sunset and then to Dixie Liquors by the Key Bridge and up the Exorcist Steps and seated for a while in a grassy area on a picnic bench at the corner of 37th St, which dead ends as St. Mary's Court and a steeply drops off on a tangled-wooded embankment to Canal Road, and Prospect St.
We parted around 10 p.m., by which time I had had a lot to drink. I walked home and immediately fell asleep for most of the next 14 hours. 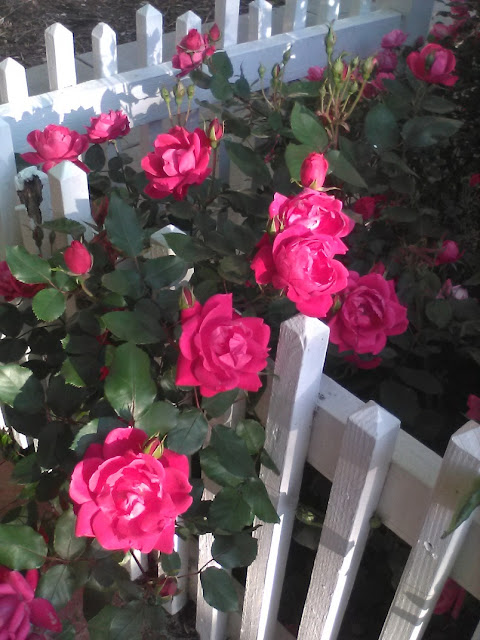 I suppose I should make a few remarks here on all the protests, riots, looting, and general mayhem in cities across the United States -- focused on Minneapolis -- in what is the latest spasm of America's never-ending racial passion play with all the usual actors in their usual assigned roles to include the WOKE media and its phalanxes of even MORE WOKE television cable and print commentators encouraging, if not outright stoking, the action.
Yes, we have a mini-civil war going on in the United States right in the context of an ostensible Covid-19 (quasi-)pandemic that has shut down so much of society nationally and globally -- and triggered an economic depression that will probably last longer than anyone initially assumed.
The good news, though, is that the MEDICALLY WOKE Millennials here in D.C. are wearing their masks and social distancing. 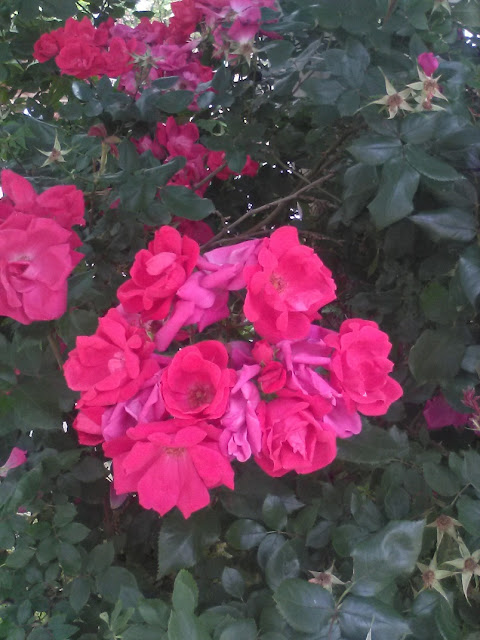 About that, the city tentatively started its phase 1 reopening on Friday, May 29th, but my own attempt to go to a place -- Nick's Riverside Grill at the Washington Harbour complex in Georgetown -- was a bad dud.
It was on Friday, and rather than walking to the office at L'Enfant Plaza, I voted in the D.C. primary at Hardy Elementary School in Burleith. The Ward 2 election is a two-parter with 7 candidates on the round 1 ballot -- including the semi-incumbent, Jack Evans -- that is to be followed by a runoff election. I voted for John Fanning, though I don't expect him to win.
I did speak on the phone and by text to Brooke Pinto's mom. That's the level of "retail" attention Ward 2 voters have gotten in the race. Maybe I'll vote for her if she's in the run off. 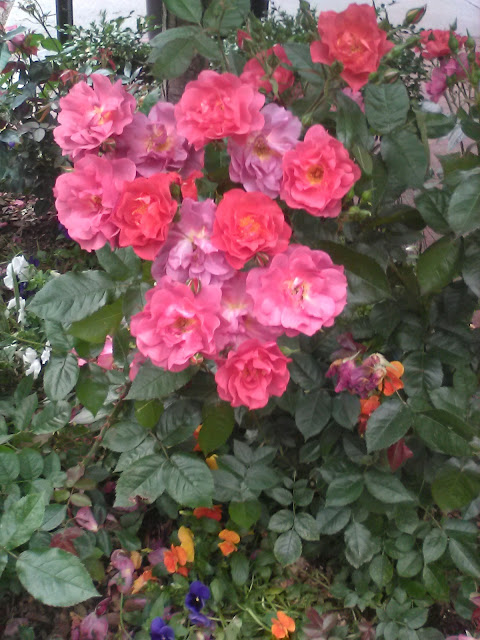 Anyway, I walked down to the Georgetown Potomac riverfront. Nick's and some of the other places were sort-of open for outdoor service. I sat at a table by myself, and the young, overly aggressive Hispanic or Middle Eastern-ethnic American waiter immediately was belligerent in terms of setting out rules of what I could or couldn't do or HAD to do (wear a mask) until my order arrived -- but only AFTER I gingerly tried to place an order.
I don't need that shit. And I've made my peace with the fact that for whatever reasons, in this place and time, as a middle-aged, weird-looking, short, pudgy, strange white guy, I'm just immediately the object of fear and loathing. Yes, I appreciate the fact it has been different everywhere else since God created the Earth 7,000 years ago or 4.5 billion years ago (take your pick). 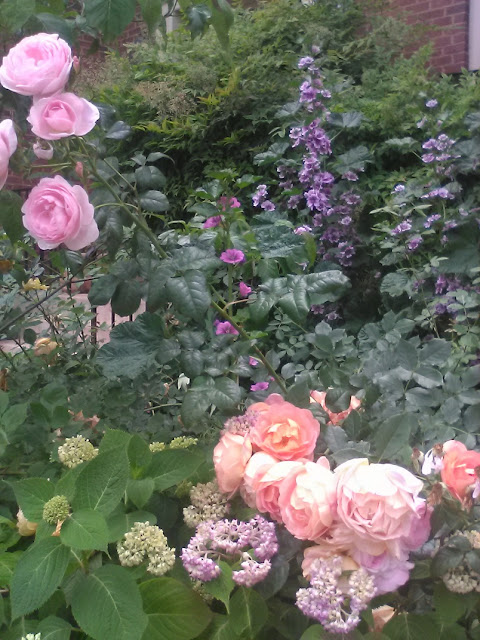 I don't understand this level of self-righteous contempt, if not outright hatred, of that generation. And remember -- I'm a Gen X'er, not a Boomer, and my cohort really got fucked over by the Boomers because we outright believed all their lies. And who knew they would never fucking go away.
So, wearing my mask, I walked up to his outdoor register computer and cancelled the order. He gladly called that out to his manager, who asked "Why??" I didn't stay around to have any discussion. Instead I walked to the Whole Foods at Foggy Bottom and bought a lot of food and was in for the Friday night, watching my nighttime-to-late-night-to-wee-hours comfort TV starting with The Munsters at 7 p.m. Cozi TV and ending with It's a Living at 4 a.m. on Antenna TV. 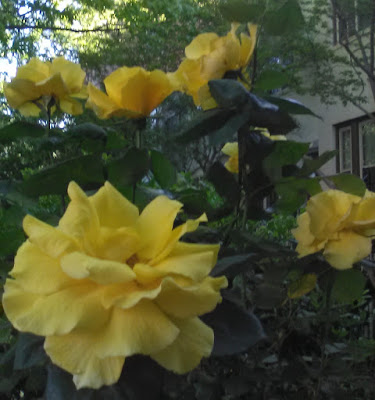 OK, that's all for now. I need to head over (on foot) to Gary's place (that's a roughly 3 mile walk) on Longfellow Street NW. Wendy, who lives not far from there, is to join us. I haven't seen here in, I think, 13 months, possibly longer. I've lost track of time.
Lastly, I'm going to try to post another entry later tonight about the ongoing unrest in America, but realistically, it might not be until Monday night.
--Regulus
Posted by Regulus at 1:20 PM