Saturday Evening Post for April 11th, 2020: The Oak and the Cemetery on the Hill -OR- Coronal Viral Stats and Projections, Trump Rejections 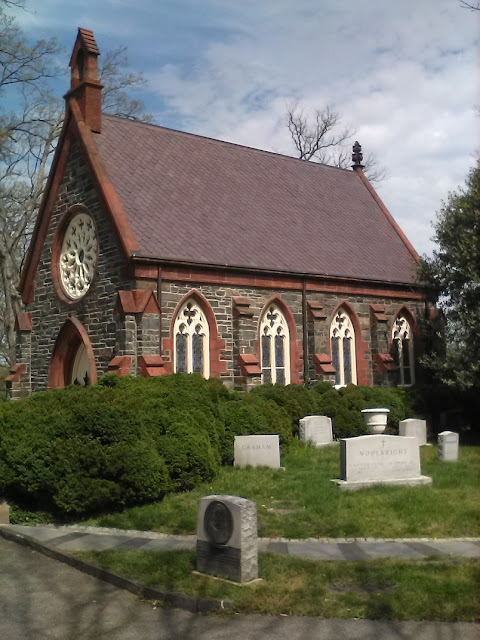 Oak Hill's Cemetery (or James Renwick) Chapel, Washington, D.C., 1:55 p.m., April 5, 2020
The outdoor pictures in this entry are mostly ones that I took last Sunday (April 5th) while walking in Georgetown's Oak Hill Cemetery. I'm not captioning most of them. 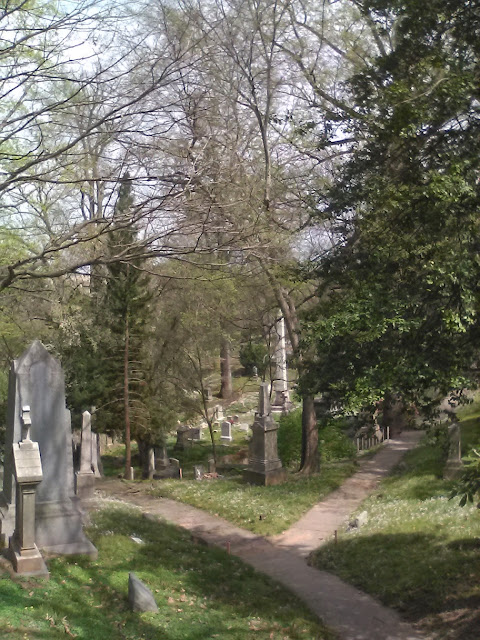 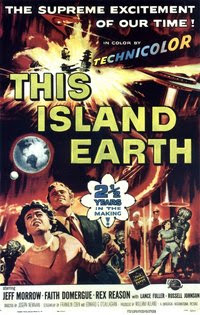 It stars Jeff Morrow, Rex Reason -- yes, that's his name -- and Faith Domergue. Rex Reason appears to have blown up his promising acting career in 1961.

I found this movie a strange one that I had a hard time following, partly because I was trying to compose my Jukebox Saturday Night edition (which I will post right after I post this entry), and partly because the plot was confusing.


Of course, it didn't help that I had the volume turned low. 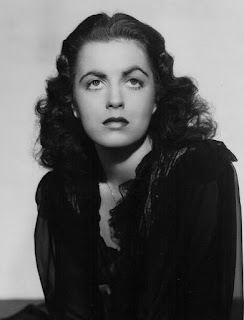 Speaking of Faith Domergue (pictured left in 1946), she is one of five then-young and distinctively pretty actresses (OK, female actors) who regularly pop up on Star Trek: The Original Series, The Twilight Zone, and/or Perry Mason (!), among other shows plus movies.

But I think I've finally figured out who's who.


In addition to Ms. Domerergue, there is Antoinette Bower, Dee Hartford, Joanne Linville, and Nita Talbot (probably best known for her Hogan's Heroes character). Of them, Bower, Hartford, Linville, and Talbot are still alive (age range 87 to 92). 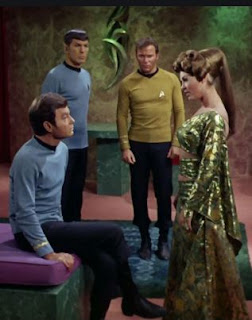 As for Star Trek: TOS, tonight's episode was one that I really like -- both for its poetic title and the ideas behind the story line:

"For the World is Hollow and I Have Touched the Sky."


So, this entry is not intended to involve a major posting on the COVID-19 ("Wuhan wet market virus") situation, but I would like to say a few things ...
First, yes, I very much agree with Bill Maher on the "virus shaming" that the Woke PC Thought Police are carrying out in the middle of a pandemic that "forbid" you from acknowledging that this fucking virus originated in central China's disgusting wet (food) markets of slaughtered exotic and endangered species.
Secondly, the number of new daily cases of COVID-19 (or rather, SARS-CoV-19 infections) appears to be plateauing in the U.S. -- primarily as a result of plateauing in the epicenter of New York City. 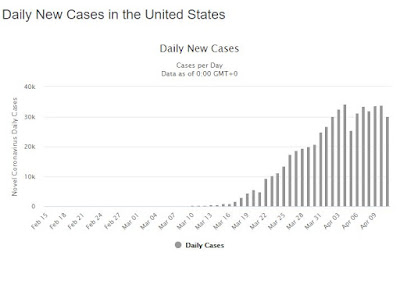 Daily new cases of COVID-19 (SARS-CoV-2 infections) in the United States, 15 Feb - 11 April 2020
This chart and the one below are taken from the Worldometers.info U.S. coronavirus aggregation website -- and the daily cutoff for new cases is 00 UTC (00 GMT).
Just FYI, here are the actual figures: 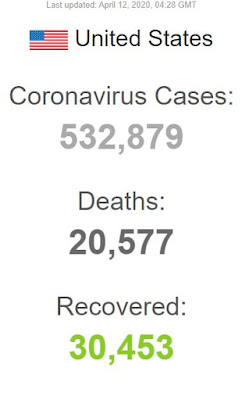 Thirdly, the death toll also appears to be in the process of plateauing -- in the 1,800 to 2,000 per day range, although this doesn't include people who are dying at home.


That could be a sizable figure in New York City. 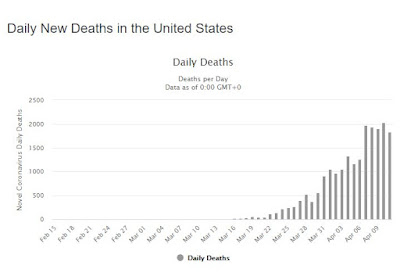 
While New York City continues to be ground zero in the United States, this is slowly beginning to change as the "hot spots" move to other areas -- including Michigan and, possibly, Florida and Texas. 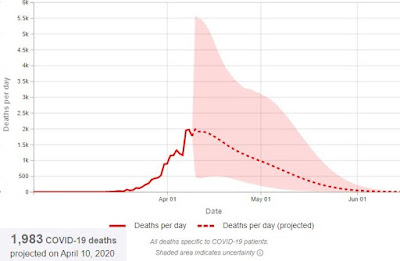 IHME COVID-19 daily death U.S. projections,
updated April 10, 2020
Above is a (slightly adapted) plot of projected daily deaths along with an uncertainty range as currently forecasted by IHME's COVID-19 projection model. Of note, two updates of this model in the past week included significant drops in projected daily and total fatalities from earlier forecasts -- from mid-ranges of 2,600 and 94,000 to ~2,000 (to occur as of April 10th, i.e., yesterday) and 61,545 by Aug 1, 2020 (with a range of 26,487 to 155,315). However, the drop-off through May looks to be slower (i.e., with a fatter tail) rather than a sharp shop. That makes more sense for the U.S. taken as a whole. 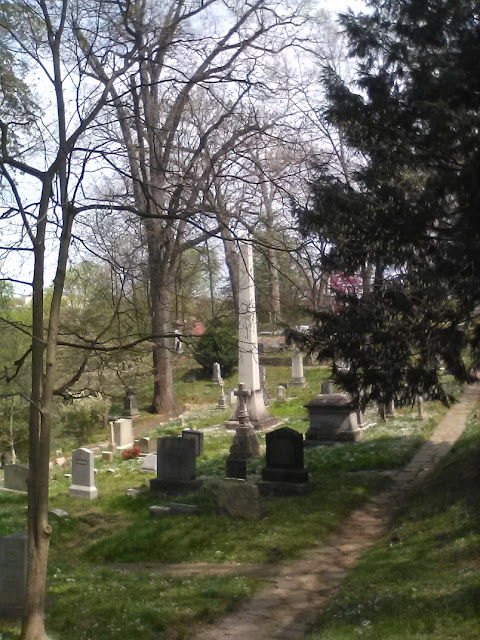 As for when society will reopen to anything approaching normal, that's not forthcoming until probably late May and through June, and even then it is going to be strange. Hopefully, widespread and reasonably accurate serology testing for SARS-CoV-2 antibodies can begin. The actual diagnostic testing remains difficult -- even as the number of such tests is now approaching 2.7 million. 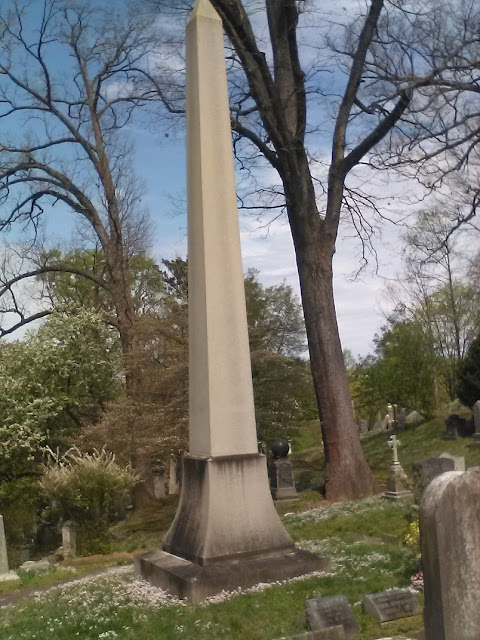 Just FYI, this ginormous obelisk (at least 25 feet high) is the burial marker for a family named Orme -- with multiple family members interred around the base of it.
Also just FYI, this Oak Hill cemetery was for Washington's high society -- 19th and 20 Centuries. I will never end up in a place like this, if I have any grave at all.
*******


As for the federal response, Trump's super-incompetent/super-malevolent presence continues to fuck that up despite the best efforts of CDC, FDA, and every other federal-level entity involved in this. 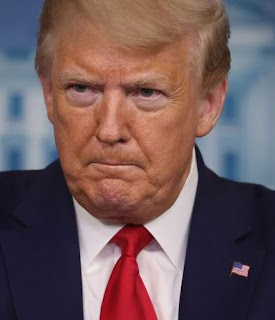 Where Trump's malevolence is really being felt is in the Wild West grab for what are generally called "coronavirus supplies" including ventilators, medical-grade protective gear including those N95 masks, testing supplies, and what not.


As feds play 'backup,' states take unorthodox steps to compete in cutthroat global market for coronavirus supplies.
But this awful situation is as much a function of the sociopathies involved in Republican rule as it is in the specific moral and ethical abominations of Donald J. Trump. 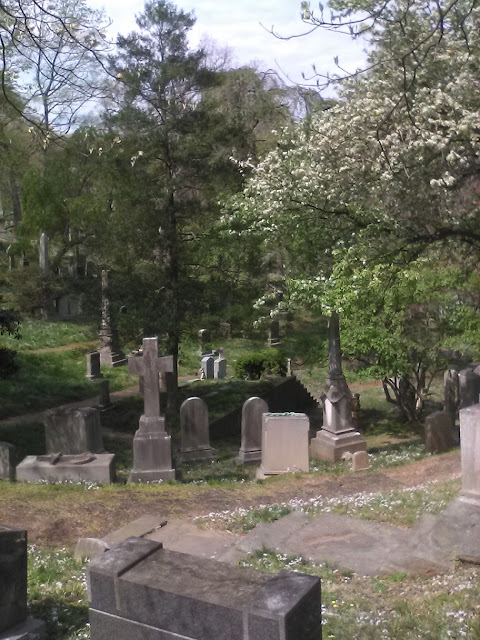 Oh, yeah, that roughly 5 point (538 averaged) bump he got in this approval rating last month -- a COVID-19-related rise that was far lower than the corresponding jumps for leaders in other countries -- has all but evaporated. What's more, we're right back to the usual hyper-polarized and hyper-tribal situation in which Trump is at 45-52 disapproval but that 45 is all in electorally strategic and/or severely GOP gerrymandered places. 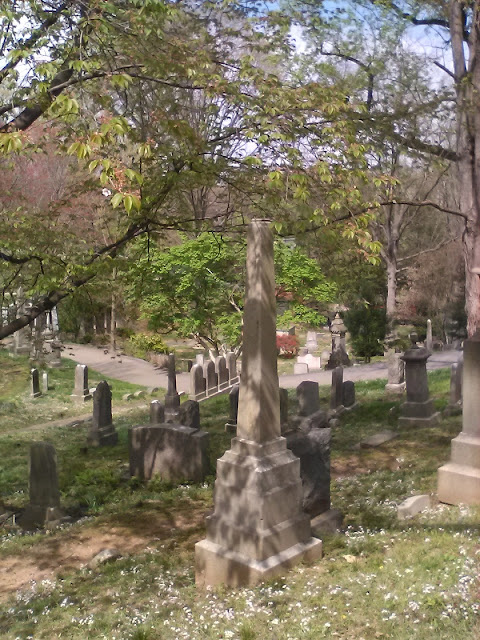 It's going to be a very ugly election. That's a given. But at least Biden is modestly ahead of Trump with the public seemingly more inclined to end this clown show. Now whether or not that actually results in a Republican Party that abides by the election outcome -- much less Donald Trump himself -- remains to be seen. Keep in mind that the stacked federal judiciary up to and including the "SCOTUS 5" is little more than an arm of the RNC and a Federalist Society frat house. 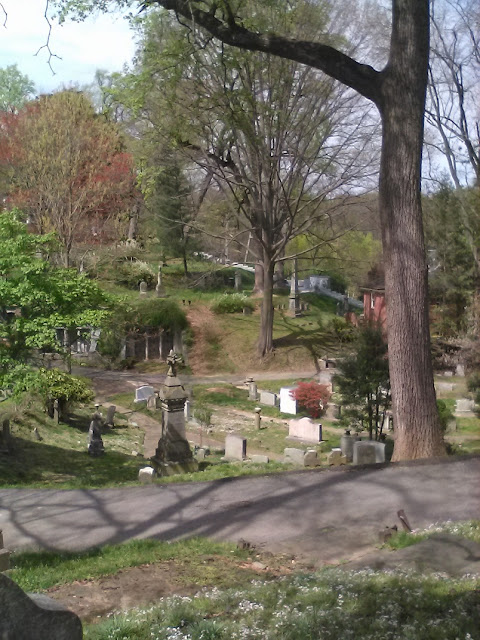 OK, back to my personal update ...


About my television viewing, it is a sort of nighttime lifeline for me to a pleasant place (what with all the MeTV, Antenna TV, and Cozi TV programs of old shows I watch) during that 6 to 8 hours of the 14 to 18 hours of my day that I spend at home. 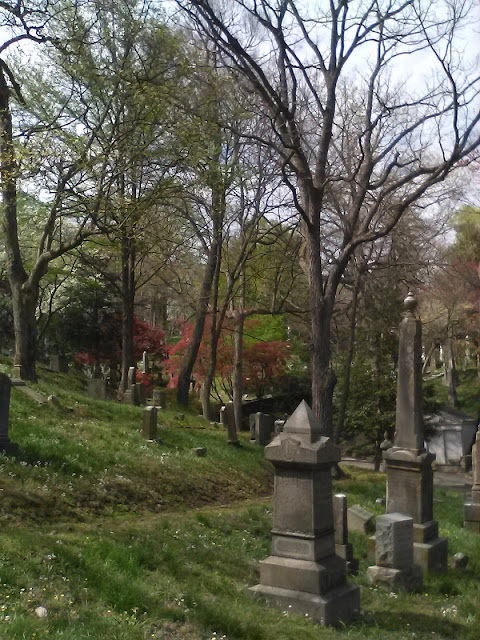 I mention this because my television a ViewSonic model NX 1932w made in 2007 has a damaged power on/off button that, basically, doesn't work. The result is that only the crummy remote control I have can work the TV including as a power on/off button. But this remote has failed me twice times -- though both times I've "fixed" the problem with new double AA batteries.
I need a new remote control, and I'm probably going to have to buy that "online" since a Best Buys probably isn't open. 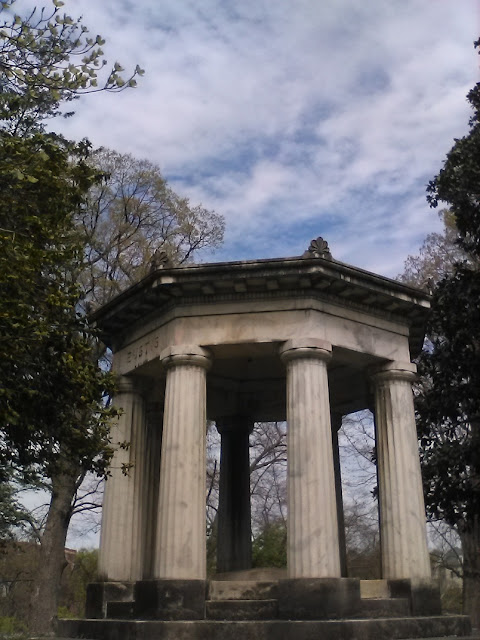 Oh, yes, we're now technically supposed to wear some sort of protective mask going into grocery stores here in D.C. To that end, Andrea gave me a handkerchief and two shoe laces, and I watched this video on the Good Housekeeping website that explained how to make a "DIY mask." I suspect I'm going to have to wear that when going into a store such as Whole Foods. 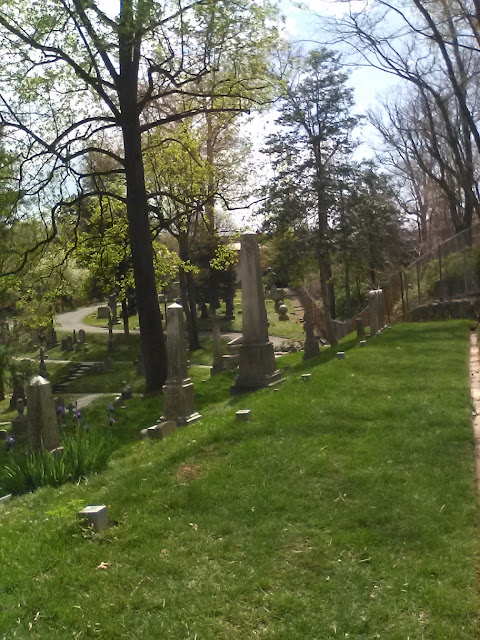 I was able to go into the Safeway today on Wisconsin Avenue without one, but I don't think the Whole Foods in its Zen-like state of Viral Wokeness, will allow that.
Sigh. 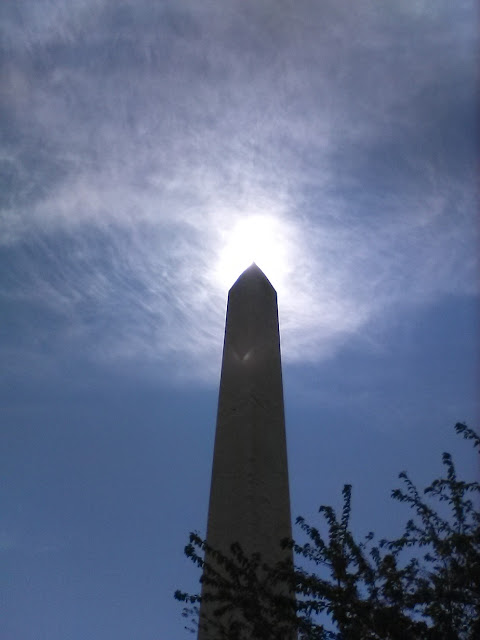 
While at Holy Rood, I had a sort of solo picnic, where I also had a 45-minute chat with my cousin Tony in Long Branch, New Jersey)
OK, that's all for now. My next planned entry posting will be late Monday. Jukebox Saturday Night entry to follow momentarily ...
--Regulus
Posted by Regulus at 11:44 PM