Richard Epstein and the Socially Darwinian, Crackpot Libertarian General Theory Of and Response To Pandemics -OR- The Ethical Naked Singularity at the Center of (Inverted) Marxism 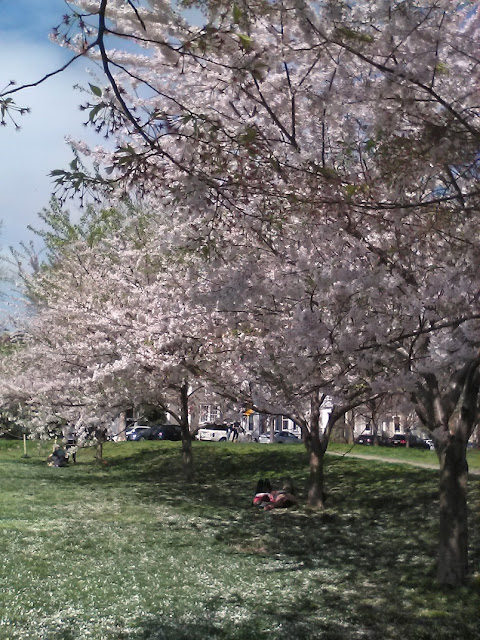 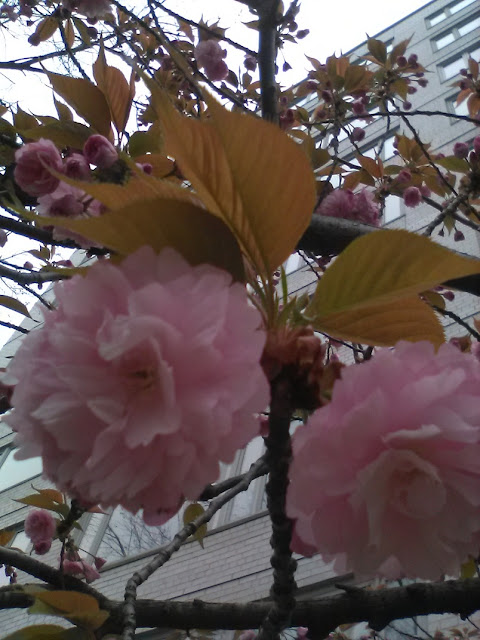 
This entry contains a series of pictures that I took on various walks here in D.C. -- mostly but not entirely in Georgetown -- over the past 10 days. They are pictures I've wanted to post, but they are not specifically related to each other, nor topically related to the entry.
There are also some topically-related images and some political cartoons. 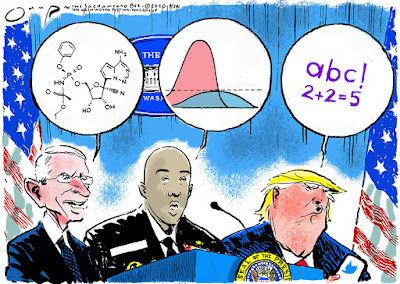 OK, so this entry originally started as a sort of coda to my ginormous posting from Friday, but I decided to break off this section into a standalone piece.
Actually, I ended up writing a much lengthier one that included an update with commentary on the COVID-19 situation, but given the length and complexity, I opted to break that part out into a separate entry. 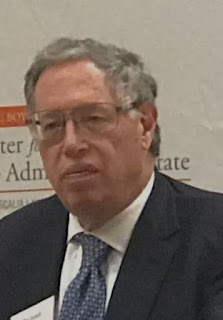 I'd like to comment on the response of the American political right's intellectual component (rather than media / entertainment complex) to the COVID-19 pandemic, specifically, the role of libertarian prick Richard Epstein. If you haven't heard of him, don't worry. He's part of that closed inverted Marxist-minded bubble of the American right, occupying a role at the top as "party legal theoretician."


Epstein is relevant here because of his influence on, ultimately, Trump himself via as this Nation article notes -- on Epstein's crackpot concepts of how COVID-19 would play out that are incapsulated in this March 16th "Coronavirus Perspectives" piece on the Hoover Horseshit Institution website.

The Hoover Horseshit Institution falls into the category of those think tanks that used to be so big in GOP circles in the 1980s and 1990s but lost influence during and as a result of the total failure of "free market" (i.e., plunder) economics in the Bush era. Although older (founded in 1919) and with a somewhat unique early history, ultimately Hoover and its kin were founded by and/or seeded with money from whatever oligarch's foundation.


All had the understood implicit mission of creating scholarly sounding explanations of why whatever crime the overclass sought to commit against existence was both "natural" and THE ONLY possible way. 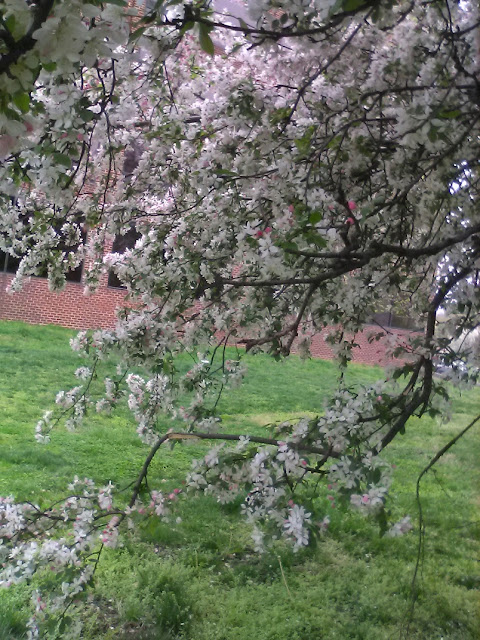 
While these think tanks (e.g., AEI, Cato, Heritage, Competitive Enterprise) still exist and, occasionally (as in this case), can exert real influence, the broader political and media culture have changed, as has society in general. 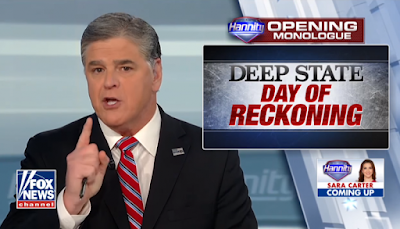 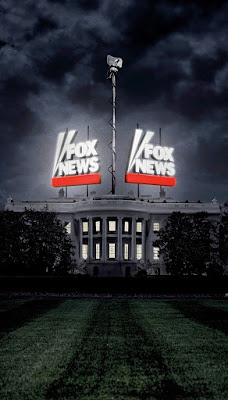 Not only are we in the Citizens United era of unchecked legalized bribery directly to political figures and the for-profit media money laundering complex, but the broader triumph of agitprop infotainment means the actual locus of influence has moved to the right-wing media / entertain-ment complex embodied today in Fox News Channel. These distinct from are the "Washington Consensus" neoliberal array such as Brookings, Council on Foreign Relations, and RAND.


All of them and even more (especially environmental policy ones) exist today. However, the general think tank influence on policy making has waned considerably. While Dems have moved left, Repubs don't even bother with policy anymore.
But I don't want to get into that right now. 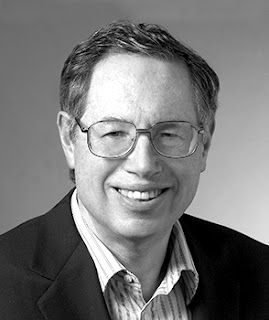 Back to the original piece and Epstein's crackpot "germ theory" concepts, which I'm not going to bother going into here. I will note that Epstein updated the piece -- with nary a remark -- so that the 500 death toll number became 5,000.

Yes, there' is a red banner announcing a revision ...


... but it does so with the implication that it is contained in the stand-alone article, not WITHIN the original piece unmentioned, which is also the case.
As for the new piece, that's just so much more Epstein's "Chicago School" assholery (both legal and economic), and I'm not going to bother with it. 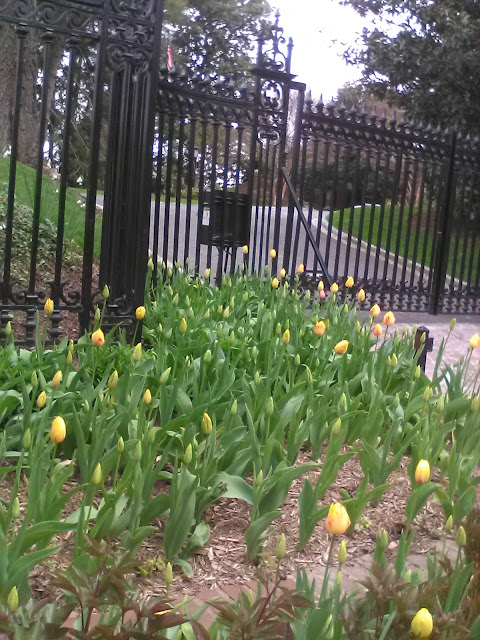 
We know what the old piece said because of Isaac Chotiner, about whom all I'll say is: God bless him for being able to conduct such an interview so calmly. I know I couldn't do it, nro would I even even try to do so. 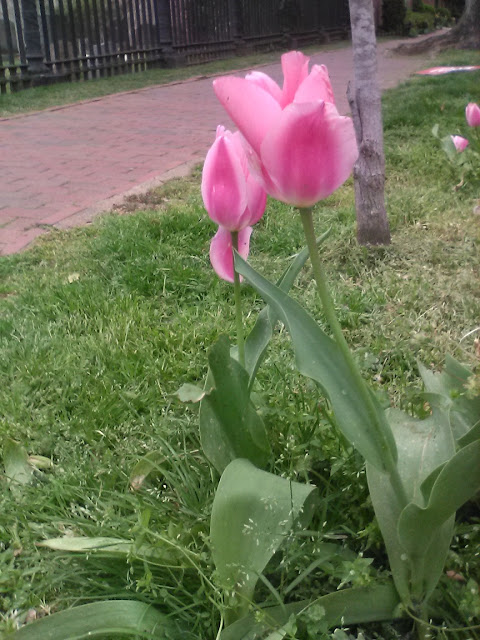 
Keep in mind Epstein is not a medical expert in way, shape, or form -- although he fancies himself that because that's what you do as an all-purpose inverted Marxist radical libertarian intellectual who has legal answers for everything -- all of which ALWAYS lead to the same conclusion, namely, under a big pile of overclass shit. 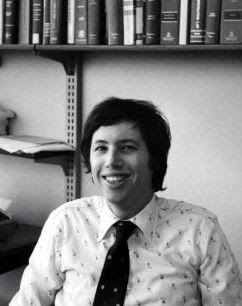 Epstein's concepts are based upon his fascistic Social Darwinism that lets him believe he's an actual epidemiological expert and then give a totally dickish response to being called out. Epstein himself is a disciple of Friedrich Hayek who bought into a bunch of racist pseudo-evolutionary theories.


This part of the Nation article (linked above):
As former Obama administration official Ajay Kundaria notes, “Epstein has always used [social] scientific concepts as metaphors to justify his ideological priors.” In the current case, Epstein is using not real evolutionary theory but rather metaphors taken from evolutionary theory in order to dress up his personal prejudices in the borrowed authority of science. 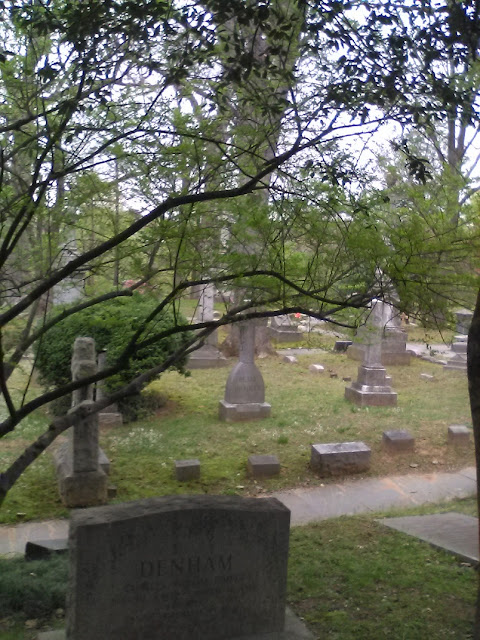 
Jonathan Chait had this broader piece dated March 30th that pivots off what Epstein wrote (link embedded): The Coronavirus and Conservatism’s War on Science.
This piece concludes as follows: 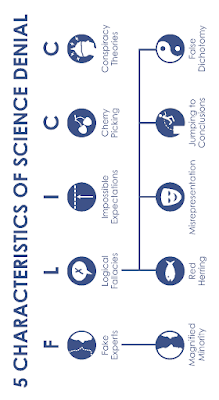 For anybody who has closely followed the world of conservative ideas for the last few decades, it would come as little surprise to see such simple errors undergirding the conclusions of even the most esteemed minds the movement has to offer. Conservatism has built an alternative-fact universe, in which pseudo-experts can confidently explain why tax cuts will increase revenue, Obamacare will fail to increase health-insurance coverage, greenhouse-gas emissions will not warm the planet, and on and on. 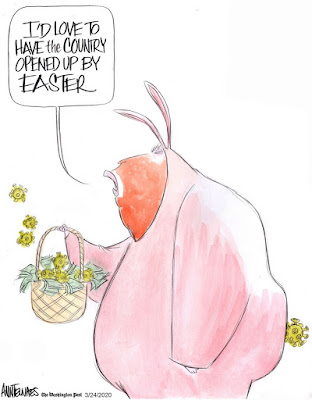 It is not surprising that the movement generated an alternative reality in which the conclusions of epi-demiologists across the world could be confidently discarded.

Nor is it surprising that Trump has clung tightly to such thinking at junctures in the crisis. It is almost impressive that Trump has managed to heed the advice of real scientists at all.


The relevant part in the context of the COVID-19 pandemic is that the searingly arrogant asshole Epstein influenced both the rightwing media / entertainment agitprop machine's early coverage of the pandemic and, in chicken-and-egg fashion via Fox News-binge-watching, Donald Trump. 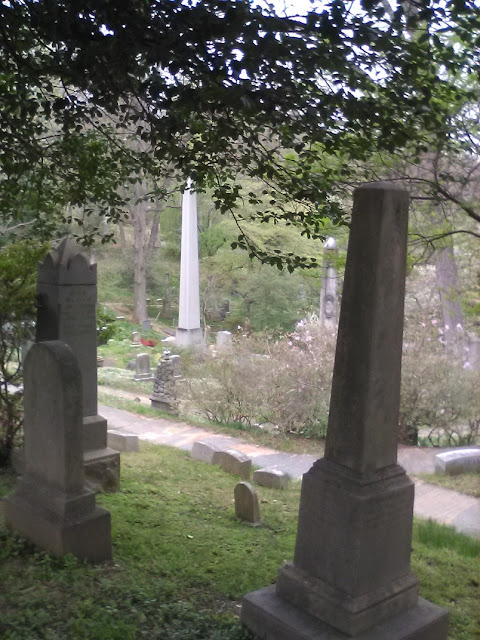 
As the above excerpt shows, Chait points out how Epstein's ideas are simply part and parcel of the general science-denying fantasy world in which dwells the American Right. In Epstein's case, it demonstrates how this Federalist Society kook is totally out of his element in the realm of pandemics -- and instead is simply applying his those kook ideas to a realm in which they have no place. 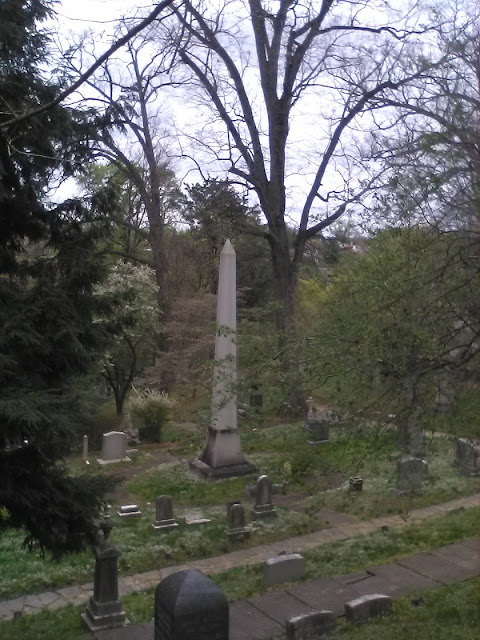 
This is why he predicted based on nothing but the color, smell, and tincture of the shit (OK, I got that from Jonathan Swift) that came out of his ass right before he wrote the article that there would be only about 500 deaths in the COVID-19 outbreak in the U.S. when, through today, there have been 10,000+ deaths. 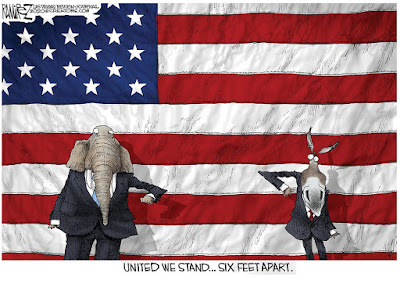 Just FYI, the ORIGINAL Epstein article was updated to 5,000 deaths -- without acknowledging the change. We know it was 500 because of what Chotiner wrote.
What an asshole. 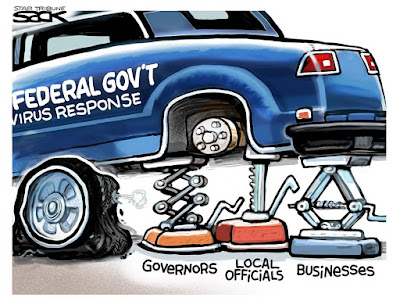 Of course, Epstein can and will still fly as high as he is in rightwing circles because American asshole libertarian-style "response" to a health emergency pandemic is basically initially to deny it and then to tacitly welcome the "thinning of the herd" of all the "wrong" people (the parasites) that is supposedly brings. 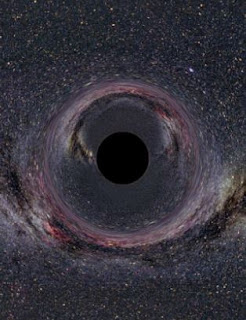 Facts don't matter -- only amoral means within a closed reality to a fixed but unworkable and unachievable end. Hence the Marxist equivalence. In short:

The only libertarian "response" to a global health pandemic -- something requiring the ultimate collective response -- is the ethical equivalent to a naked singularity in our Universe.


This is because the only possible libertarian "response" is a bunch of horseshit about makers, takers, property "takings," contract law, and such crackpot crap and (not-so-)crypto-fascist claptrap -- all married to Low Protestant American fundamentalism of the Neo-Confederate sort. 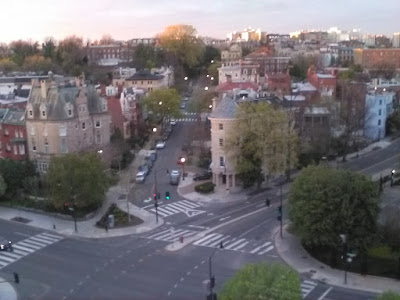 Rooftop view at sunset of the intersection and area surrounding Massachusetts and Florida Avenues and 22nd Street NW, Washington, D.C., 7:25 p.m., April 4, 2020
Note the emptiness of the thoroughfares in this time of the COVID-19 pandemic.
*******


OK, I'll wrap up this entry now. My next planned posting will be late Wednesday.
--Regulus
Posted by Regulus at 11:26 PM