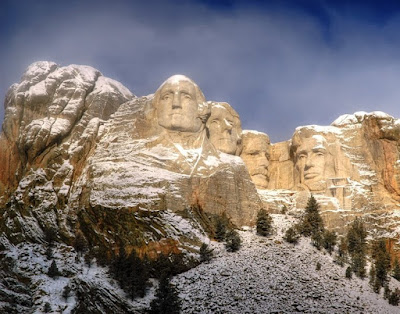 When we last visited GOP Trumpworld during this COVID-19 pandemic, we came across this bat-shit crazy "libertarian" response from legal "taker" and "parasite" Richard Epstein.
Now, as the SARS-CoV-2 outbreak and resulting COVID-19 national public health emergency shows signs of having crested in the New York City area, other smaller hot spots appear to be emerging, one of which is in the state of South Dakota. 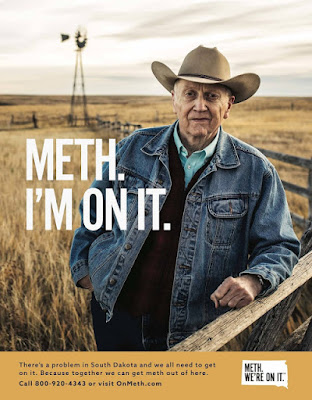 Yes, South Dakota, that state of great places and some really brain-dead behind-the-faces. 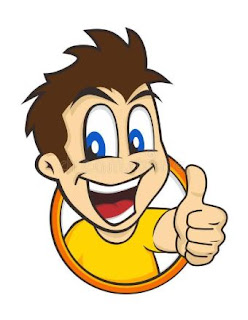 About that, the last time we checked in there, South Dakota was effectively advertising that its citizens are are crystal meth. That ad campaign followed the the State's equally brilliant "Don't Jerk and Drive" one.

And, a decade ago, the State legislature was attempting, and failing embarrassingly, to grasp human-induced climate change.


In the current COVID-19 situation, South Dakota is one of those one-party GOP cult run states that have refused to take any meaningful "social distancing" mitigation efforts -- to include any mandatory public health emergency temporary shutdowns of daily economic life that, while punishing and awful, are necessary to avoid truly mass casualties from this novel coranavirus pandemic provided us courtesy China and its wet market of ancient Chinese secrets. 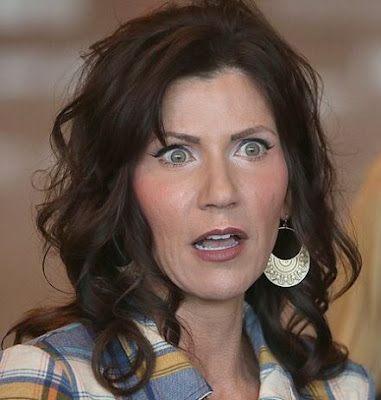 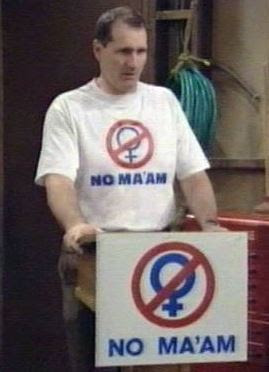 Specifically, South Dakota's wacky, Trump harpy governor, Madam Kristi L. "No Ma'am" Noem, whose face not only suggests she's on crystal meth, but could easily stop any clock upon which she gazed, has insisted on one of those "liberty and freedom-based" horseshit libertarian non-responses that ... OF COURSE ... is causing a spike in cases in a state that with even a modicum of precaution, should not be a "hot spot."


Yes, in South Dakota, that four-fifths empty, flat, ridiculous U.S. State that has no business even being an on-its-own U.S. State -- and instead should be merged with North Dakota and Nebraska and/or the eastern half of Montana.
Here is tonight's Washington Post article (link embdded): South Dakota’s governor resisted ordering people to stay home. Now it has one of the nation’s largest coronavirus hot spots. 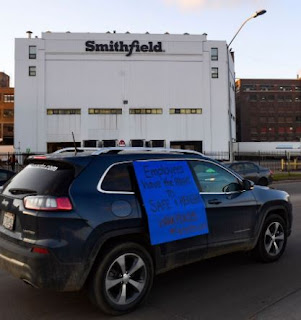 The outbreak is centered at the Smithfield pork processing plant in Sioux Falls, where over 300 people have fallen ill so far with more to follow. While the plant has been shut by the company, no city in South Dakota can employ any effective mitigation policy to counter COVID-19.


This is because, as with all libertarian horseshit, what masquerades as "freedom" and "liberty" is really authoritarian rule by a specific race-and-wealth-based oligarchy.
This is a defining characteristic in the American South, but also has taken hold in these giant, empty square Fly Over States. 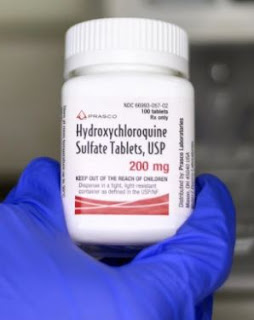 For her part, the Trump harpy witch is peddling the Great Orange Orangutan's endlessly touted magic cure-all in the form of hydroxychloroquine, an anti-malarial drug that Trumpworld has glommed onto like barnacles on the bottom of a tramp steamer, without any meaningful proof, as miracle treatment for COVID-19.


You see, Governor No Ma'am KNOWS THIS because Jared "Slim Suite Slum Lord" Kushner told her. Now there's a meeting of two great minds that would arouse that old sclerotic bitch, Ayn Rand. 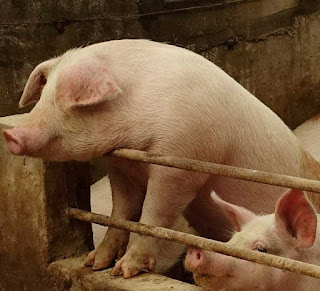 The pork processing plant itself is a grotesque slaughterhouse that is something out of Upton Sinclair's The Jungle.

But all the Republican evangelical "pro-life / pro-family" fevered swines who are the voting "base" in those sorts of places like that.


My own view is that the fact it is presently closed is a good thing all around, and not just for the sake of all those tortured and slaughtered pigs.
On another topic, it has long been said that sometimes good comes out of evil. With that in mind, I should point out this startling and happy upset -- itself embodying a touch of cosmic justice in a Universe seemingly mostly devoid of it (link embedded): Liberal Jill Karofsky wins Wisconsin Supreme Court election, defeating conservative justice Daniel Kelly. 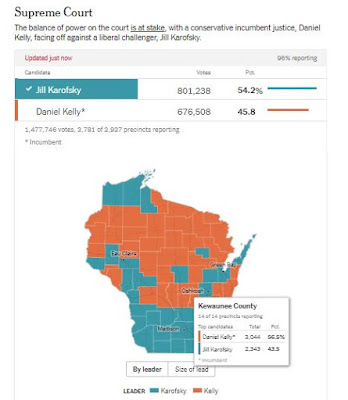 This refers to the Wisconsin Supreme Court contest between Jill Karofsky and incumbent justice Daniel Kelly. The Democrat, Karofsky, upset Kelly by about 54 to 45%. (To be clear, the vote was last Tuesday but the results not tabulated and released until today.)


Keep in mind all the ugliness that took place with the GOP forcing this vote in the middle of a pandemic over the strenuous objections of the Gov. Tony Evers rather than delaying it or at least giving more time for absentee ballots to be mailed. 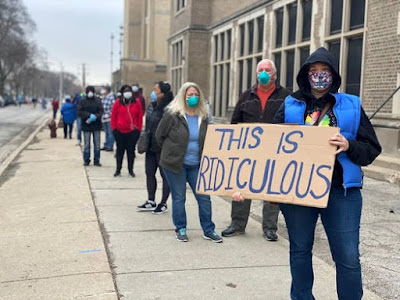 This included the usual 5-4 intervention of the United States Supreme Court's five rightwing justices, a quintet of ass-wipes who are nothing more than amoral RNC political operatives in black silk robes. This includes John Roberts (R - Chief Pussy). Oh, and of course, Trump played his usual cowardly bullying, name-calling, dickish, mentally ill self. 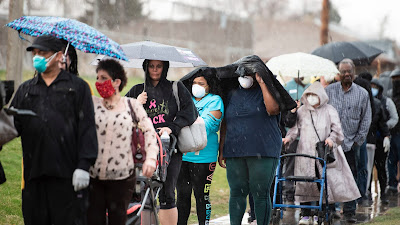 The aim was use the health emergency as the perfect Democratic voter suppression method in order to hold onto their 5-2 state Supreme Court majority even if it meant risking the very lives of the millions of Wisconsinites (especially in those Milwaukee areas where there were only a handful of voting precincts). The images above and below say it all. 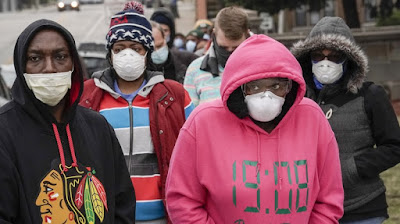 The battle royal, with all kinds of nationwide portends for the general election later this year, was a particularly brutal manifestation of this country's never ending fucking culture wars and GOP voter suppression efforts to hold onto its ever-more-skewed counter-majoritarian power. 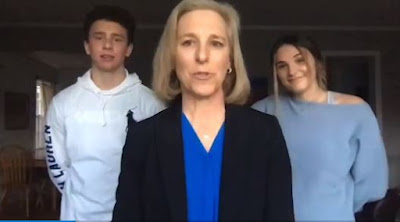 Justice-Elect Karofsky in a screenshot from her at-home victory speech with her two teenage children behind her.
That's the essence of today's GOP way.
OK, I'm going to sign off. I need to do my laundry tonight. I'd like to post another weather-related entry about today's stormy cold frontal passage.
--Regulus
Posted by Regulus at 11:28 PM