Jukebox Saturday Night for March 21st, 2020: The Keeping Upbeat With Old Shellacs and Some Spice Edition -OR- Our Master's Voice

This Jukebox Saturday Night edition is my first in seven weeks and the first during the COVID-19 (coronavirus) pandemic here in the U.S.
For this edition, I'd like to keep things on an upbeat note. With that in mind, let's start ...
"Flat Feet" by Charlie Spivak and His Orchestra (1946)
According to the Discogs site "Flat Feet" was released on an RCA Victor shellac in June 1946. On the "B" side was the song "You Are Too Beautiful."
*******


Next up, let's go back five years to that World War II era standard ...
"Boogie Woogie Bugle Boy" as performed by Gene Krupa and His Orchestra with lyrics by Irene Daye (1941)
The same Discogs website indicates that this song was released on an Okeh shellac in 1941. The song itself was composed by and sung most famously by The Andrew Sisters.
*******

"Wrap Your Troubles In Dreams" as performed by Erskine Hawkins and His Orchestra (1942)
Once again, Discogs informs us that this song was released on the Bluebird label (another label under the RCA Victor umbrella) in 1942 as a shellac.
As The Keeper of All Knowledge indicates: 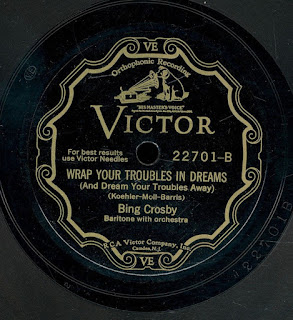 "Wrap Your Troubles in Dreams" [was] written by Harry Barris with lyrics by Ted Koehler and Billy Moll, published in 1931. The original 1931 popular hit recording was made by Bing Crosby with the Gus Arnheim Orchestra on March 2, 1931 for Victor Records, but the song has become a standard, recorded by many other artists since.


What's more, the song was on the "B" side of the original Victor Records -- with the "A" side containing Crosby's version of "Just a Gigolo" (a song with an interesting history. 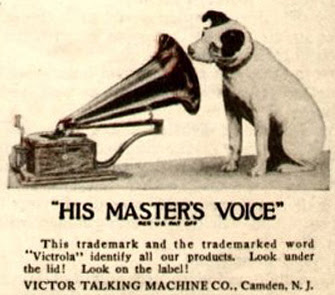 
And I'm going to end with this upbeat pop song ...
... which I'm sure I've previously featured in a JbSN edition, but it isn't showing up in my blog search (perhaps because of the new version of Edge I'm using) ...
"Stop" by The Spice Girls from the group's second studio album Spiceworld (1997)
Fun and happy song, which is important for a troubled time.
OK, that's all for now. Please see my previous entry for an update. My next planned entry will be late Monday or early Tuesday.
--Regulus
Posted by Regulus at 11:48 PM