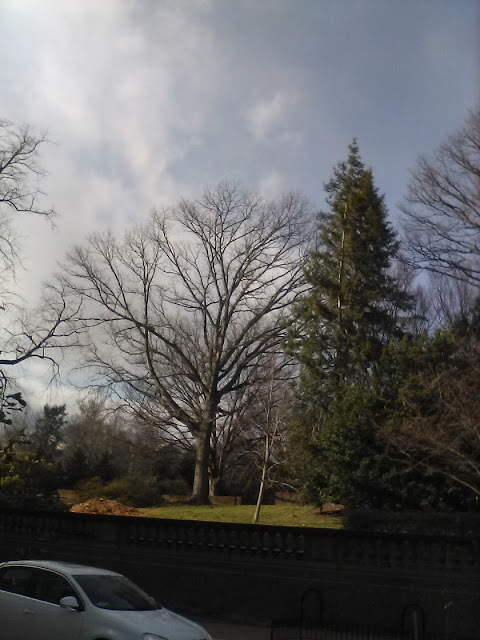 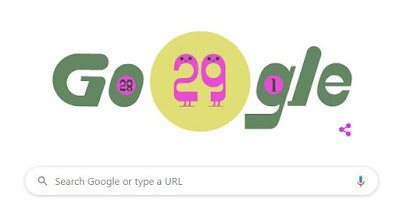 This means that today is the third Leap Day occurrence on this blog -- the others being in 2012 and 2016. In looking back, it appears I had entries on both days -- see here and here. 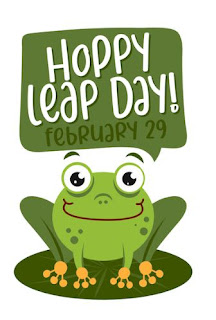 
Of course, God only knows what the human race and its mostly shitty civilization will be like by 2400, to say nothing of the planetary biosphere and climate. By 2400, virtually nothing of this era will be known by whatever the people are of that time. 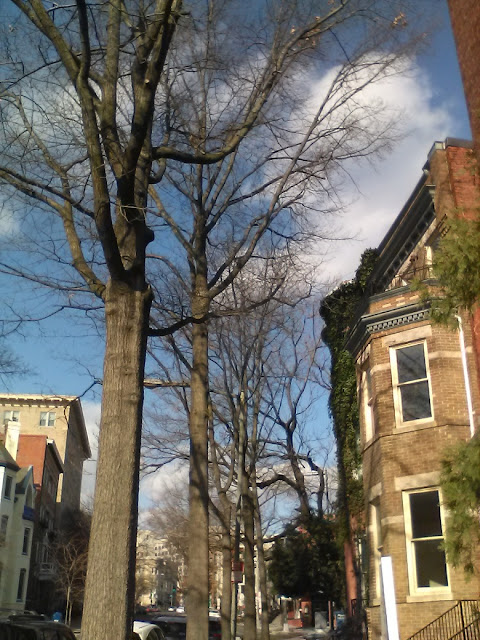 
I'm home now after a late afternoon / early evening trek to the gym. I skipped the jog part but got in some decent weightlifting and a swim.
I'm watching the MeTV Super Sci-Fi Saturday night lineup starting with the Svengoolie-hosted monster movie, which tonight is the 1957 film The Monolith Monsters. As The Keeper of All Knowledge explains: 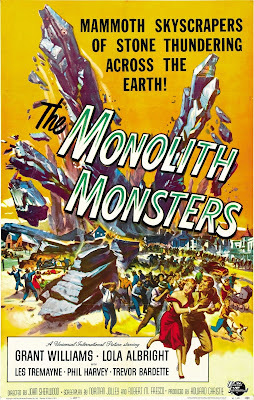 "The Monolith Monsters" tells the story of a large meteorite that crashes in a Southern California desert and explodes into hundreds of black fragments which have strange properties. When those fragments are exposed to water, they grow very large and tall. The fragments also begin to slowly petrify some of the inhabitants of a nearby small town.


The story that unfolds becomes one of human survival against an encroaching unnatural disaster, that if not stopped, could become a national ecological nightmare that could pose a possible threat to all of humanity.
The movie stars Grant Williams (who died much too young at 53) and Lola Albright (who passed away in March 2017 at age 92).

As for the rest of the Super Sci-Fi Saturday Night and Sunday Red-Eye Sci-Fi lineup, we have …

A few thoughts: (1) I doubt I'll be up that late; (2) The Invaders is such a bizarre show; and (3) I wish MeTV still aired Battlestar Galactica.


There is good news from South Carolina tonight in that former Vice President Joe Biden FINALLY won a primary race -- his first in any of his now three runs for the Democratic presidential nomination -- and he did so convincingly with overwhelming African American support. 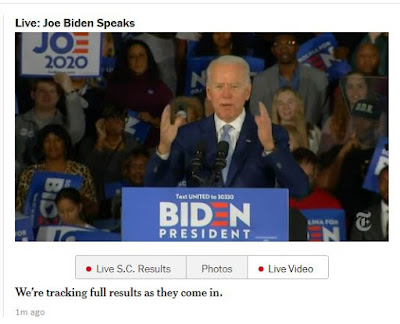 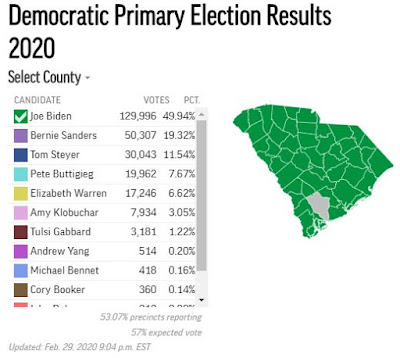 As the above image shows, Pete Buttigieg is having a dismal showing with a bit under 8 percent and Elizabeth Warren and Amy Klobuchar even worse with 6.6 and 3.1 percent, respectively. (Neither Warren nor Klobuchar have had any successes in any of the four contests so far.) Everyone else split the remainder of the South Carolina primary vote. All of these candidates are probably going to have to leave the race soon -- otherwise, they end up becoming harmful to the whole process. 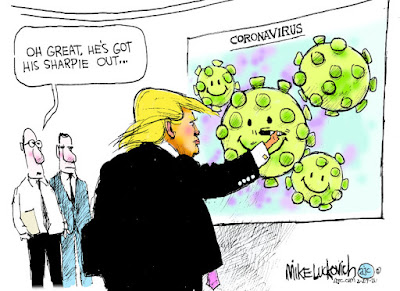 Michael Bloomberg was not on the South Carolina ballot -- his first appearances occur on the upcoming Super Tuesday multi-state contest. At this point, the "moderate lane" will be occupied either by Biden or Bloomberg -- and that will be the only way to stop Sanders.
******* 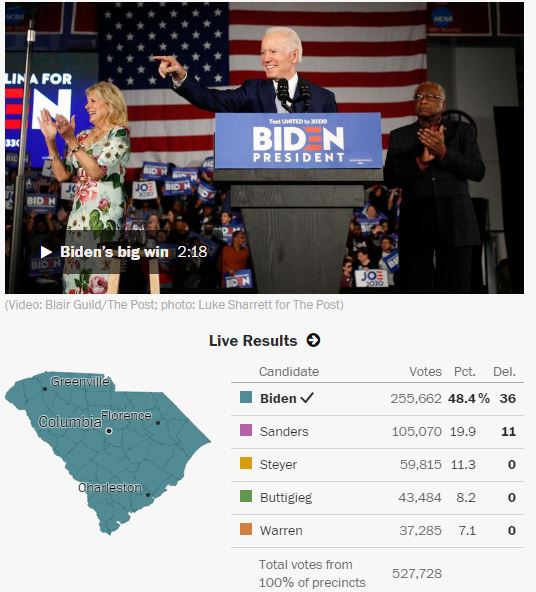 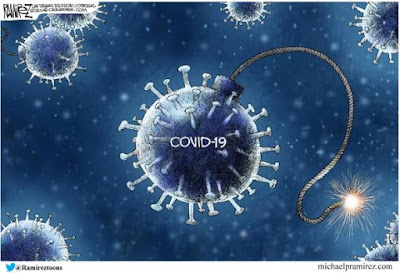 That is, the South Carolina result halts, at least for now, Bernie Sanders' seemingly unstoppable momentum and almost certain resulting Democratic electoral catastrophic loss in November to the deranged lunatic of Donald Trump and his GOP cult. Of course, just three days hence is the big Super Tuesday multi-state contest and that really will define the race. 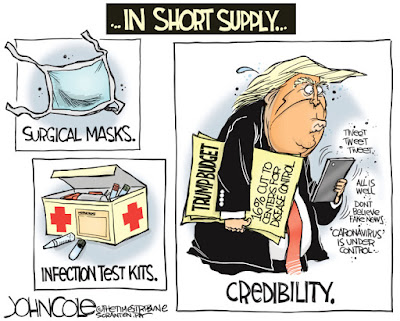 Also today, there was the first confirmed coronavirus (COVID-19) fatality in the United States, specifically, in Washington state in the Seattle area. There are also 69 cases here in the U.S., many on the West Coast -- which indicates ongoing person-to-person transmittal. Coronavirus (COVID-19) has now spread to almost 60 countries -- with China around Wuhan still ground zero for the epidemic, but with widespread cases in Italy, Iran, and South Korea. According to this website, there have been just about 87,000 cases and nearly 3,000 deaths -- along with almost 42,400 recoveries. 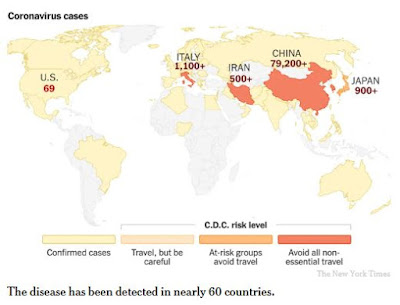 The Centers for Disease Control and Prevention (CDC) has China, Italy, Iran, and South Korea as the highest risk countries with the U.S. Government having declared non-essential travel to be avoided. 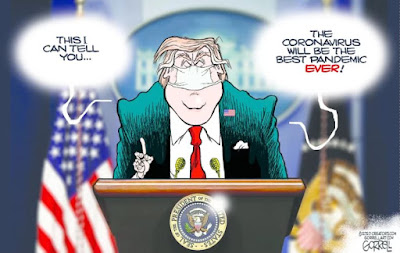 As I wrote in my previous entry, the Trump gangster regime's response has been as clown car inept and self-defeating as possible -- and the GOP cult and its rightwing media agitprop machine are exacerbating everything in a bizarro-world farrago of conspiracy-mongering bullshit, misinformation, and outright lies. 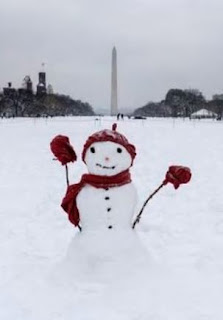 Today was a blustery, cold day with a high of 39F at KDCA, one of the rare days this month and this full climatological winter (which ends today) that was below normal. 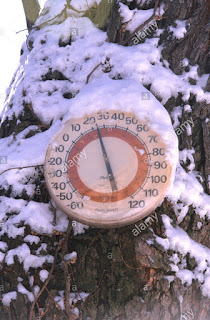 It looks like February will end up about 4.8F above normal at KDCA (through yesterday, it was +5.2F, but today will bump it down a bit. This means the full climatological winter will be likewise about 5F above normal -- putting it in the top ten warmest.

In the case of Baltimore (KBWI), it could be more like 6.2F above normal.

I'll have more to write on that in a subsequent entry.


Suffice it to say that the "vegetative cycle" of tree budding and blossoming is well ahead of normal -- by about 24 days. 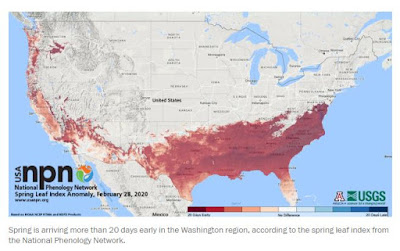 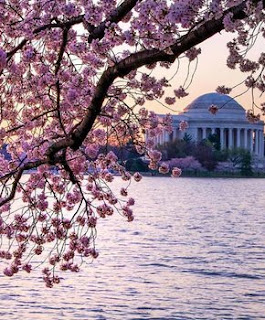 As for those goddamn Yoshino "Japanese" cherry tree blossoms on the Tidal Basin, if it is sufficiently warm and rainy in the next week or two, it is quite possible that they will have their earliest peak date ever -- surpassing the March 15, 1990 likely earliest date.


The National Park Service has yet to issue its forecast -- and I know exactly how that will go: It'll say they'll reach peak bloom "about average" (i.e., April 4th).
OK, I'm signing off for now. Tomorrow (Sunday) is my wholly free day. My next planned entry will be late Monday or early Tuesday.
--Regulus
Posted by Regulus at 10:24 PM