Late February Monday Afternoon Brief Update: Coronavirus Now ... King's Evil, Lunatique, and Spotted Feaver Then -OR- Please Do Not Die of the Dropsy 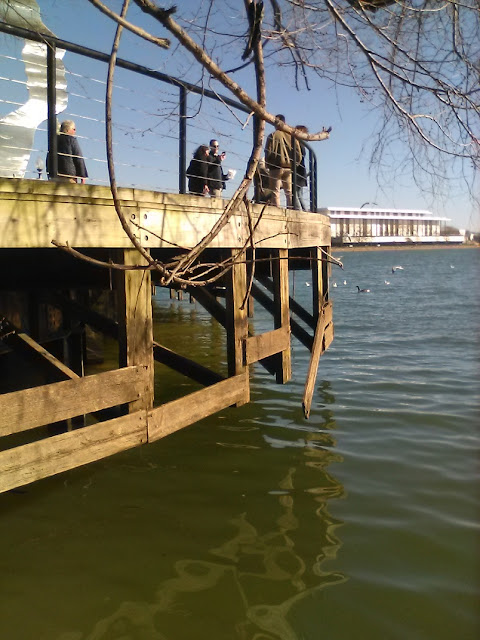 Potomac River front and underside of the Washington Harbour walkway, Georgetown, Washington, D.C.,
3:16 p.m. Feb 23, 2020
I took this one and the other two pictures in Georgetown yesterday. I walked there from Rosslyn, whence I had taken the Metro.
*******


Well, I was going to post an entry last night, but by the time I got home, I was too tired and it didn't happen. Yesterday's "Sunday fun-day" dos included having been out for about 10 hours to include time with Gary in Georgetown, visits to three different bars and other activities. 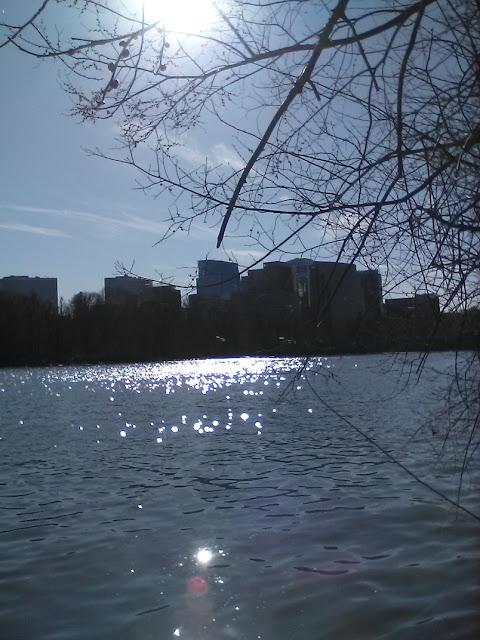 This included about 2-1/2 hours at Tony & Joe's, first at the outdoor bar in the continuing mild weather (near 60F) this non-existent winter, then inside at dusk as it got cold down by the Potomac. Next, it included a brief stop at The Fireplace. Finally, it included solo for a drink at The Mission, which was after the usual Sunday night dinner party at Fred & Doug's place.
Anyway, I need to head into the office now. Tonight is a gym night, but I'll try to post an entry thereafter while watching my late night wee-hours television. 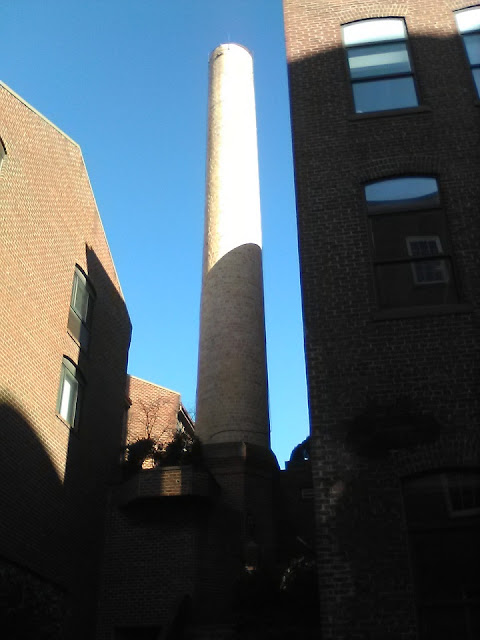 Of note, the cases of coronavirus (globally, now nearly 80,000 with almost 2,700 deaths) have surged outside of the mainland China epidemic ground zero including in Iran and now Italy -- and this is spooking the stock market (even more than an unlikely Sanders presidency). Here's the CNBC headline: 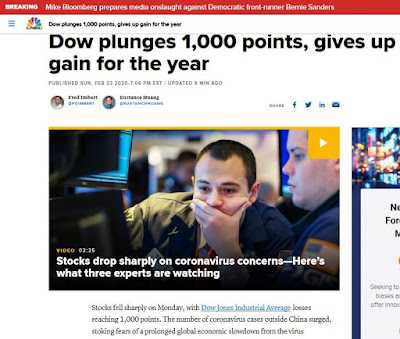 The 1,000 point DJIA fall corresponds to a 3.5% drop.
Speaking of maladies the following is a screenshot of a tweet by someone named Hannah Rose showing a listing of "diseases, and [resulting] casualties" in London in 1632. The list is half primitive medical (with diseases listed by their symptoms or apparent symptoms, as was done then) and half just early 17th Century religio-superstitious: 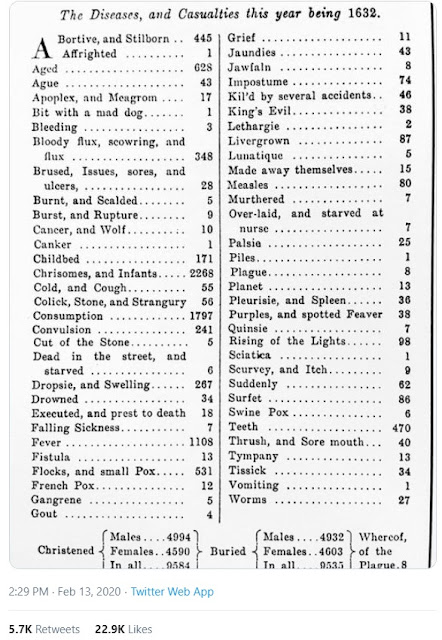 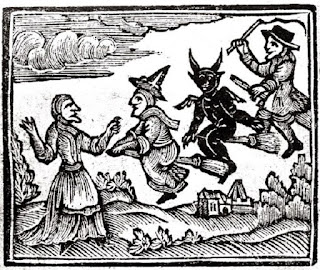 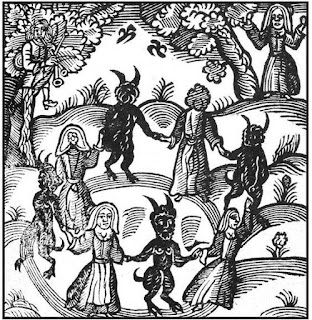