Happy Global Palindrome Day 02/02/2020, the First in 909 Years; Groundhog Day Fat Fail; and Bill Maher's How To Do The Trump Wrong Thing 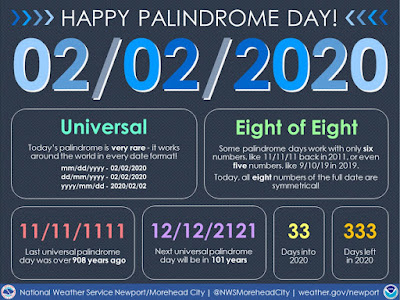 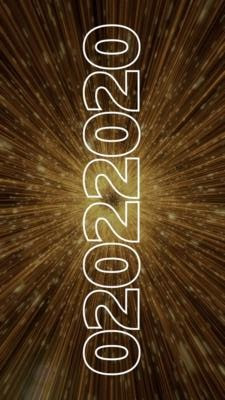 While I started this entry on Sunday, Feb 2nd, I didn't actually post it until late Monday night, Feb 3rd. However, because of the very topic of the entry, I'm necessarily back-posting it to Feb 2nd.

Also, I decided not to post it to the time of 02:02 a.m. EST, since that felt too strained and that isn't palindromic.

Reposted from CNN (without any inline links)… 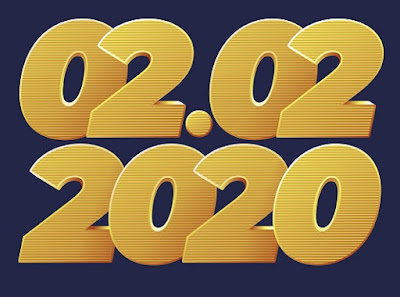 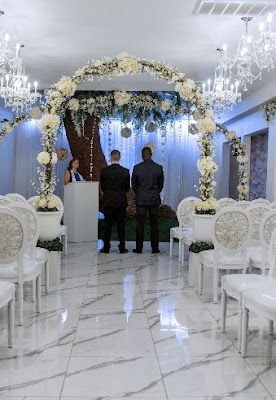 The Royal Wedding Chapel in Las Vegas was advertising weddings on the "significant" date, pointing out that your two-year anniversary would fall on 2/2/22. "Two being the ultimate symbolic number representing you and your spouse to be." 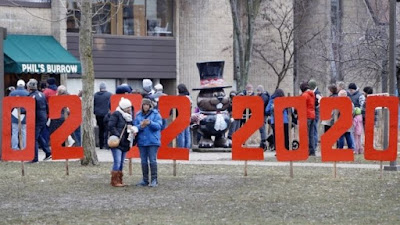 Concerning the Global Palindrome Day and Groundhog Day connection, above is a picture from Punxsutawney, Pa., that sort of wraps the two together, whether intentionally or not.
*******

It was the only double-figure palindromic date and will not come round again for 100 years, in 2111.

Las Vegas chapels were bursting at the seams with couples wanting to tie the knot on 11/11/11, with "queen of nightlife" Tiffany Masters holding what she billed as the world's largest reception. 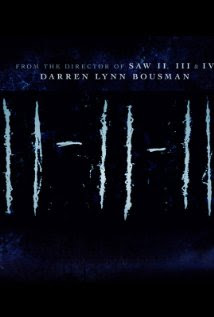 … and there was even a movie "11-11-11," about an American author plagued by strange happenings and constant sightings of the number 11.

Human brains are naturally inclined to look for patterns, and many consider such dates lucky. Daniel Hardt, president of Life Path Numerology Center in Indianapolis, called it a "powerful day." 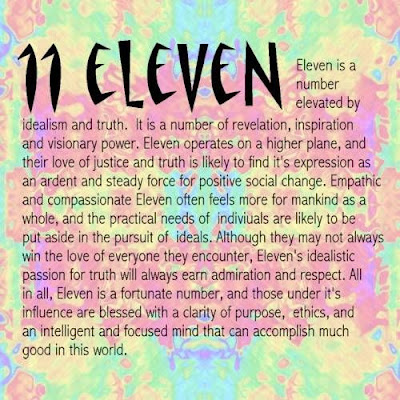 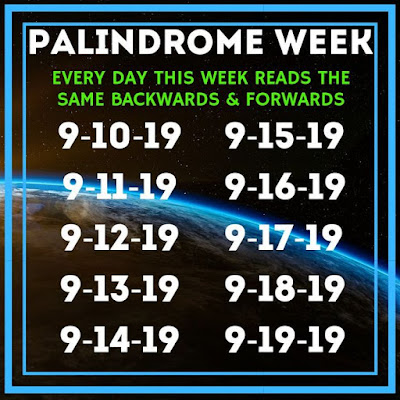 There had been one of these every year since 2011, but that was the last of the century. 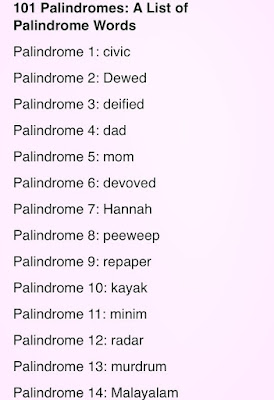 A palindrome is any word, phrase or sequence of numbers that reads the same whether you read it forward or backward, such as "mom," "race car" or "tacocat." Author James Joyce invented "tattarrattat," which is supposed to be the sound of a knock on the door and the longest single-word palindrome in the Oxford English Dictionary.


Famous palindromes include "rats live on no evil star," "never odd or even" and "a man, a plan, a canal, Panama." The phrase "A Toyota's a Toyota" can continue as a palindrome forever, as in, "A Toyota's a Toyota's a Toyota..."
Palindrome comes from the Greek words "palin," which means "again, back" and "dromos," meaning "running," according to Dictionary.com. So palindrome is a word or phrase that runs back on itself.
*******


Turning to the annual silly charade of Groundhog Day … 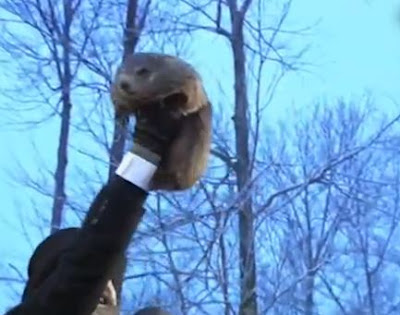 
Punxsutawney Phil, "failed" to see his shadow and so, therefore, it means winter is over instead of six weeks more of it (which, of course, there is by definition in terms of astronomical season duration). 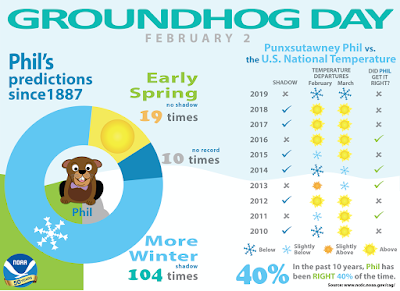 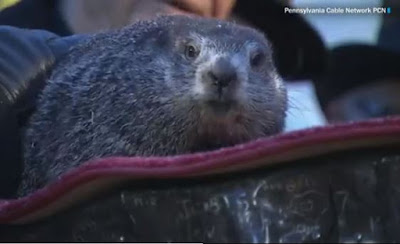 Closeup of our friend Phil
Where do they find a new Phil when an old one passes away??
*******


… an obese, sedentary rodent living in human captivity -- Phil lives the rest of the year in "Phil's Borrow" (previously, the less appealing Groundhog Zoo) in the Punxsutawney Memorial Library -- can "forecast" meteorological and larger atmospheric conditions, not just for its rural Pennsylvania locale but across the entire North American continent. 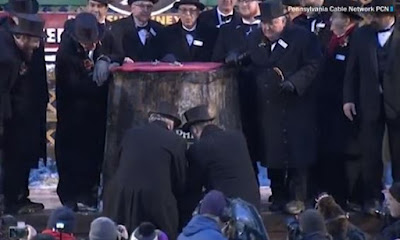 Of course, the "forecast" from the top-hatted little mafia that runs the Punxsutawney Phil racket (and decides ahead of time the shadow / no shadow outcome) was hardly a leap of faith given how warm was January across the Lower 48 -- with February looking even warmer -- in our globally warming / warmed world. 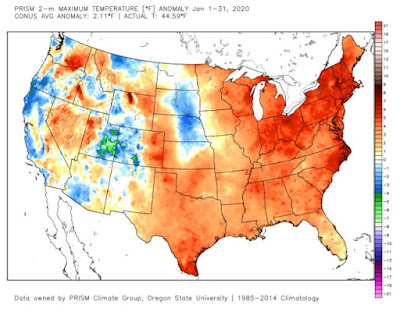 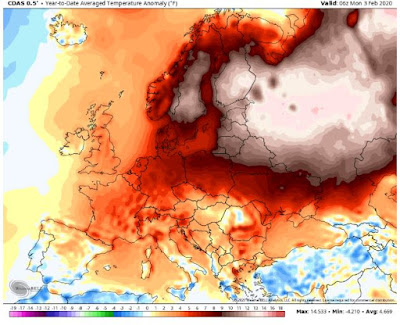 
About that, a large swath of northern Europe all the way to the Urals had a record -- indeed, absurdly -- warm January with literally no snow in Moscow and no subfreezing highs all month in Helsinki and Oslo. 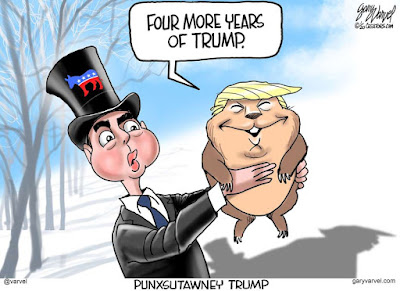 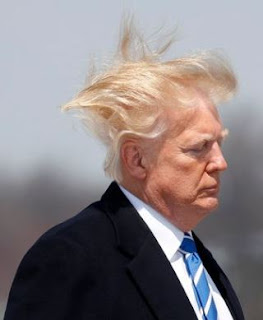 
In the above video, among other features, is a "deep fake" of the purported, notorious Steele Dossier pee tape involving Trump and Russian prostitutes on the Putin payroll in that Moscow hotel room.
And on that note, it's time to wrap up this entry.
--Regulus
Posted by Regulus at 11:58 PM