*With apologies to the late, great Isaac Asimov.

This YouTube video contains a fly-in of the Tycho Crater on the Earth-facing side of the Moon.
The pictures are based upon images created by the awesome little Lunar Reconnaissance Orbiter (LRO). Other images in this entry from this Sky & Telescope article (link embedded): Full Moon Is Tycho Time.
******* 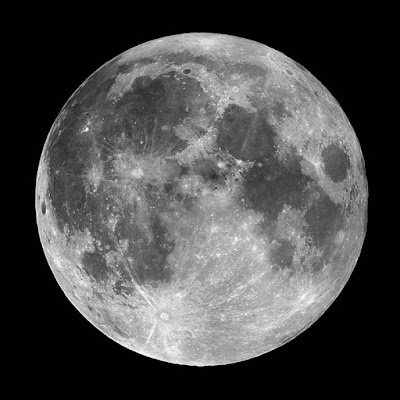 
Honestly, the Full Moon is often so bright that it is effectively impossible (for me) to make out Tycho Crater -- whether its "dark collar" or prominent rays. 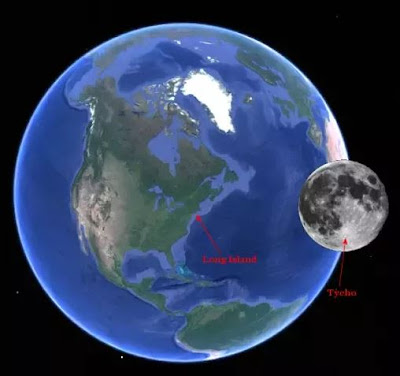 Earth and Moon size comparison with Long Island and Tycho Crater noted
The reason for this odd comparison has to do with this Quora site question (link embedded): How is Tycho the crater visible on the moon from 384,400 km when we can't see Long Island on Google Earth from 60,000 km?
******* 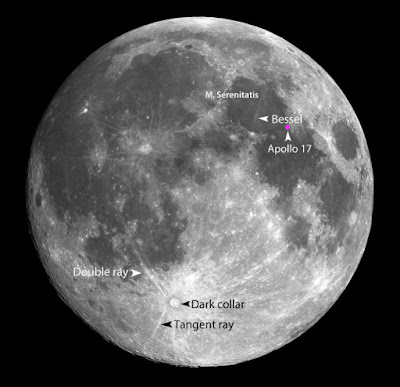 Near side of Moon (left side) and far side (right side)
Note that only one distinctive mare appears on the far side -- the Mare Moscoviense ("Sea of Moscow"), -- visible near the 10 o'clock position on the right-side image -- so named because the Soviet Luna 3 probe first mapped it in 1959 and the name was subsequently OK'd by the International Astronomical Union (IAU).
The Moon is tidally-locked to our fair planet because although it is about one-quarter the size of Earth, it is only 1% the mass (being poor in the heavy metals such as nickel and iron that make up Earth's outer and inner cores).
Actually, the Moon isn't fully tidally locked -- we see almost 60 percent of its surface over the course of its 29.5-day synodic period orbit about the Earth:

Caption: Simulated views of the Moon over one month, demonstrating librations in latitude and longitude. Also visible are the different phases, and the variation in visual size caused by the variable distance from Earth.
*******


Anyway, back into Tycho Crater … 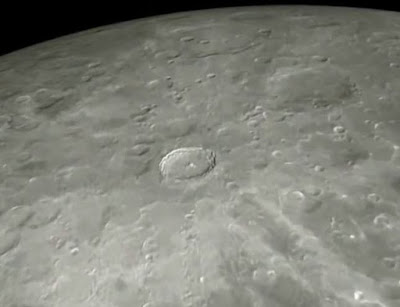 The crater is 53 miles (86 km) in diameter and has a central depth of 15,700 feet (4,800 meters) below the surrounding lunar surface. The crater has associated distinctive rays -- that is, radial streaks of impact ejecta -- extending nearly 1,000 miles from it. 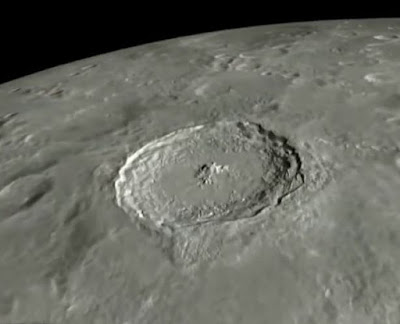 The crater also has a central mountain peak -- as evidenced in the images above and below -- that is put variously between 5,200 and 8,000 feet high (I've found various numbers). It rises up from
The crater was created, it is estimated, by an 8 to 10-km wide asteroid (one of comparable size as the Chicxulub impactor). 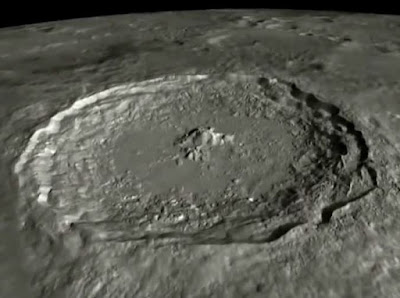 As this NASA article states:
Tycho is also of great scientific interest because it is so well preserved, it is a great place to study the mechanics of how an impact crater forms. The Constellation site is on the floor of Tycho, near its central peak. The peak is thought to be material that has rebounded back up after being compressed in the impact, and though it's a peak now, it originated at greater depth than any other portion of the crater.


The floor of the crater is covered in impact melt, rocks that were heated to such high temperatures during the impact event that they turned to liquid, and flowed across the floor. In the image below, impact melt flowed downhill and pooled, where it cooled. 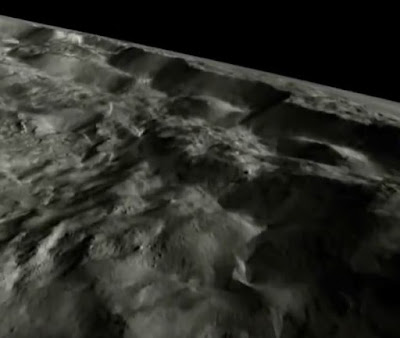 
As an aside, if you were standing on the Earth-facing side of the Moon, while you would see the Earth spin on its axis every 24 hours, the planet itself would never move in the sky, except to oscillate about a fixed point -- the flip side of the libration phenomenon. 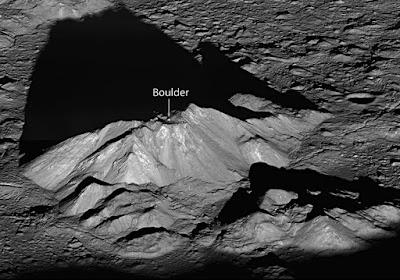 You would see phases of the Earth, though, over the course of four weeks even while the Sun shifted in the eternally black side (in this sense, there is no true "dark" side of the Moon). From the perspective of Tycho Crater, Earth would also always appear "upside down" in the familiar north/south orientation. 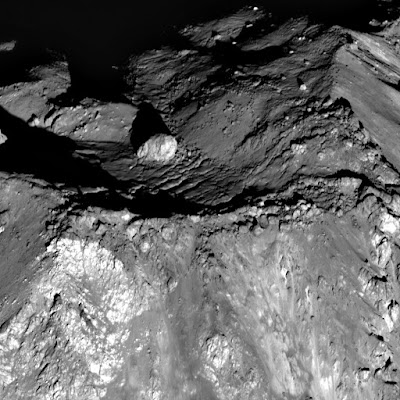 Oh, yes, on the summit of the central peak in a shallow depression rests a very large boulder (estimated at 900 to 1,000 feet across). Someday, perhaps, we'll be able to sample and gets some pieces of it. 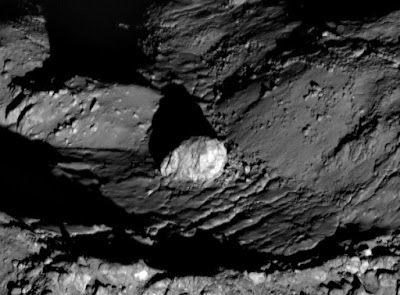 
Well, tomorrow I will get some major news that is of deep importance to me. If it works, awesome and I'll be so thankful and grateful to, well, the Cosmos … If it doesn't, well, I'll be, at best, on the road to moving out somewhere into the suburbs and, at worst, well, I dunno.
OK, signing off for now.
--Regulus
Posted by Regulus at 11:58 PM