Jukebox Saturday Night for January 25th, 2020: The Don't Say No, Waiting Game, and You Made Me Love You Edition -OR- Moved Out ... And In 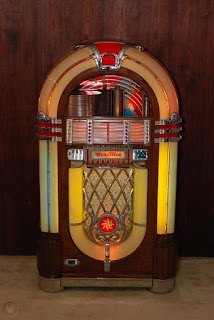 Yes, this Jukebox Saturday Night edition (my first in seven weeks see here) has a thematic topic involving the fact that in the past two weeks, I found and have just moved into an excellent new place to live -- in a still walkable convenient but better neighborhood here in Washington, D.C., at a reasonable rent (to include utilities). Hopefully, the song titles are self-explanatory to the underlying theme of this blog entry …

"Please Don't Say No" by Nicholas Cole ft. Tim Bowman from Cole's release Endless Possibilities (2012)
This song was playing on one of those Music Choice channels when I stopped for an iced coffee at Soho coffee shop on P Street to look at available apartments and fill in an application … 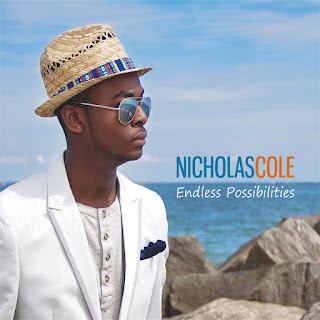 Of note, Nicholas Cole is very young -- he was only 18 when his Endless Possibilities album was released in 2012.

That's impressive to create a whole album of songs of this quality genre at such a young age.


Next up, a very nice song by a wonderful duo …
"Waiting Game" by Swing Out Sister from the group's album Kaleidoscope World (1989)
I featured Swing Out Sister back in this Oct 2017 JbSN edition, in particular, another song from the album Kaleidoscope World. Prior to that, I featured them in this Aug 2016 JbSN edition. I love both those songs, too. 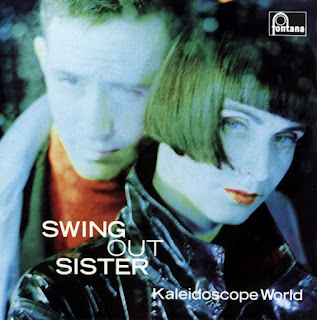 It was during Kaleidoscope World's making that the Swing Out Sister then-trio of Corinne Drewery (vocals), Andy Connell (key-board), and Martin Jackson (drums) became the duo they still remain when Jackson departed.

This was shortly after their breakout hit "Break Out." 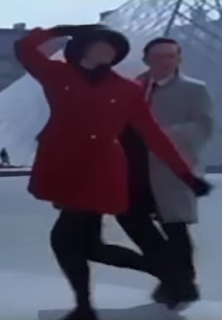 As for Waiting Game, what a wonderful song and video -- the song so upbeat and the video featuring scenes of Drewery and Connell happily running around Paris 1989, past its landmarks so famous, they need not even be named.

There is one scene of the Eiffel Tower with lighting display reading "100 ans" -- so this was filmed in 1989, assuming it refers to the completion anniversary.


Finally, I'd like to feature a famous song … It is an unusual version of it, which I'll unpack after the video …
"You Made Me Love You (I Didn't Want to Do It)" by, impromptu, Terry "Maude" McGann on The Carol Burnett Show (circa 1977)
So, what do we have here? Again, it's a fair amount to unpack. 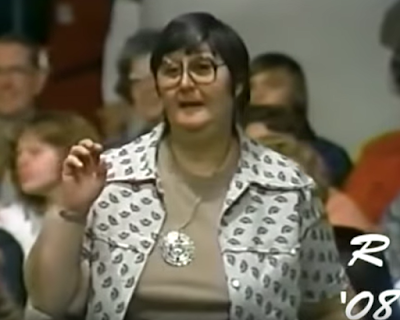 Before I begin, let me say it is possible that the two ladies were in cahoots on the matter. Regardless, I don't think Carol Burnett herself planned this. 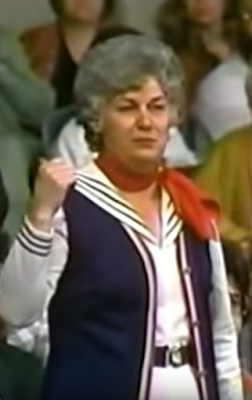 It begins with one of the memorable audience Q&A sessions that marked the opening of The Carol Burnett Show -- I can't pinpoint the episode right now but circa 1977 -- when the lady pictured directly above (who might be named Gladys) apparently randomly asks Carol if ANOTHER lady in the audience (pictured at left) is Maude, or rather, the legendary actress, Bea Arthur.


Bea Arthur, of course, played the titular character on the 1970s TV show Maude -- 10+ years before her equally famous period on The Golden Girls. 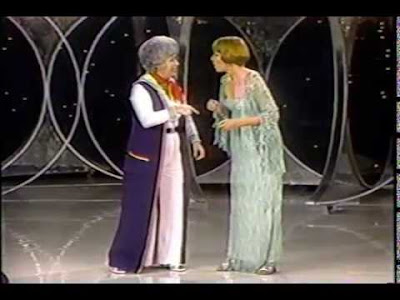 There follows a bit of back and forth in which -- all of a sudden -- the "Maude look-a-like" is up on stage doing a duet with Carol of the song "You Made Me Love You (I Didn't Want to Do It)." The lady -- Terry McCann -- performs it very well ("In the Key of G!") with a good and strong singing voice combined with an appropriate comical touch for the song and situation -- and enhanced by Burnett's adroit ability to play along and improvise. In all, an excellent rendition.
That's the song featured above.
As for Ms. McCann, she apparently lived to the ripe old age of 100 -- passing away in June 2016, according to this web posting on the "Lucy Lounge" site by someone identified as Little Ricky II (link embedded): "Maude" #2 Has Passed Away at Age 100. 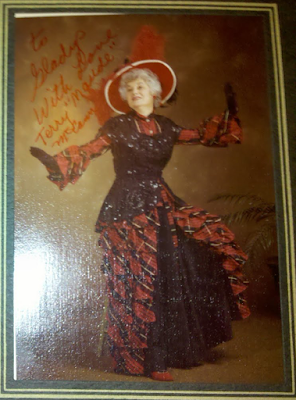 That posting includes both a reposting of McCann's obituary but also to link to a March 2011 blog entry by a blogger named Ben Verbeck who includes an autographed humorous picture of Terry McGann to Glady (see left). It's confusing, though, because Little Ricky II seems to be under the impression that Verbeck is by one of McCann's (dozen) grandchildren.


Further confusing matters, Verbeck's posting is unclear on who exactly is Gladys. However, based on what he replied in the comment section, he is the grandson of the lady who asked that memorable question, i.e., of Gladys. The issue seems to be that in the initial Verbeck posting, he was unaware of The Carol Burnett Show angle to it -- so he might not have even known that Gladys, his grandmother, was once in the audience.
As for this song, as The Keeper of All Knowledge Explains: 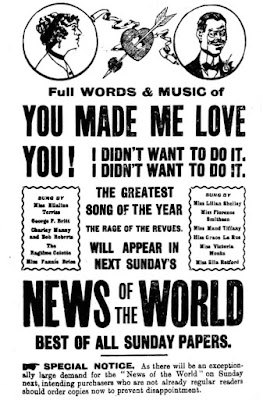 "You Made Me Love You (I Didn't Want to Do It)" is a popular song from the year 1913 written by James V. Monaco with the lyrics being written by Joseph McCarthy.

It was introduced by Al Jolson in the Broadway revue The Honeymoon Express (1913) and used in the 1973 revival of the musical Irene.


There have been numerous renditions of it by famous artists since at least 1937.
OK, with that, I'm signing off -- except to say, I'm all moved into my new place, but I've not fully resolved the issues, legal or quasi-legal, with my old place. As for my next entry, that will be either on Monday or Tuesday night.
--Regulus
Posted by Regulus at 7:18 PM