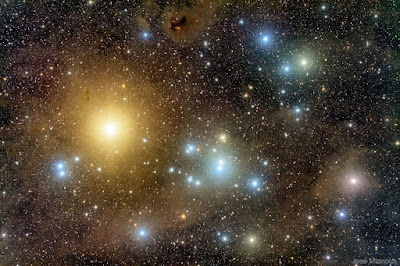 
And here is the Jan 21, 2020 APOD:
This YouTube video features three distinct sounds of the solar wind, as recorded by NASA's near-Sun Parker Solar Probe. These three sounds have been specifically decomposed into distinct sections and include (per the APOD entry): spooky-sounding Langmuir Waves (heard first), hurricane-sounding Whistler Mode Waves (heard next), and hard-to-describe Dispersive Chirping Waves (heard last). In actuality, you would "hear" all three sounds overlapping.
In the visual track, the following planets of our Solar System appear (all conveniently labeled) Earth (and its Moon), Jupiter, Mercury, and (owing, to its proximity, a larger-looking) Venus.
******* 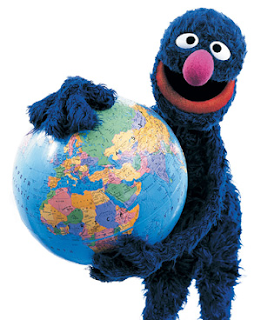 Changing subjects, there are three other items that I would like to feature as stand-alone entries but, at this point, for various reasons, probably won't, so instead I'm featuring them as tidbits with links to articles … and two of them (the first and the third) are happy stories …


First up, here are two news article links from Jan 16, 2020 on the biotechnological efforts to keep the northern white rhino from going completely extinct: 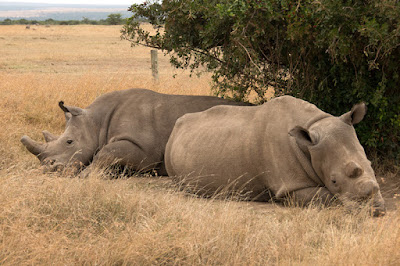 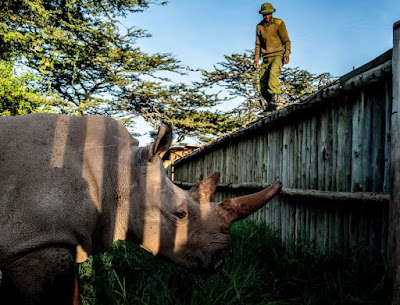 Northern white rhino caretaker Zacharia Kipkirui tends to Fatu -- one of the last two northern white rhinos alive, the other being her mother, Najin -- while she’s kept under armed guard in a small enclosure at the Ol Pejeta Conservancy in Kenya. Photo by Justin Mott (from above-linked article).
And also this CBS News story (link embedded): 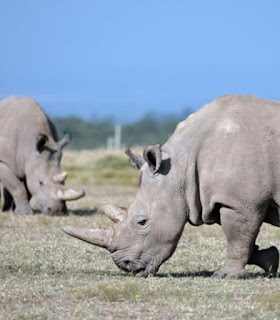 Newly-created northern white rhino embryo could save species from brink of extinction.

Next, some shitty news … 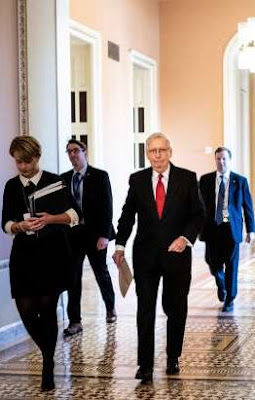 Sean Illing's Vox piece -- which, I feel, I've read previously, although the date is given as Jan 21, 2020 (link embedded): The nihilism of Mitch McConnell.

This piece is relevant for the (as Rep. Schiff said) "ass backwards" sham Senate impeachment trial that McConnell is busily arranging -- with the lockstep help of the entire Republican Senate caucus because to be a GOP pol in the world of 2020 …

… is to be irredeemably in the degenerate Trump authoritarian cult.


And spare me any garbage about "cracks" and "fissures" in the Senate Republican caucus involving Susan Collins or Lamar Alexander or even Mitt Romney. That's media pundit circle-jerkery. Even if one votes for witnesses, it was all planned in advance.
*******


And let's end on a happier note … 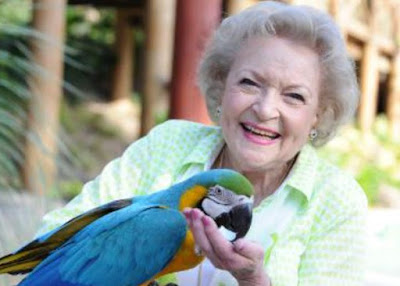 I meant to call attention to this People magazine story from Friday: Celebrate Betty White's 98th Birthday with Her Amazing Life and Career in Pictures. Ah, Betty White: The last and most awesome of The Golden Girls … 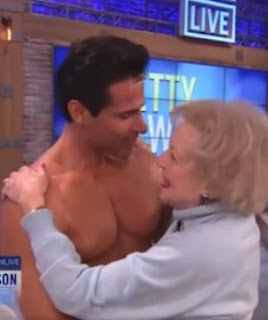 And just two years to go to the Big 1-0-0! I know she'll make it and in health and happiness.

Screenshot from Betty's appearance on CNN with Anderson Cooper on the occasion of her 91st birthday -- Jan 17, 2013 -- in which her surprise birthday cake featured this beefcake.