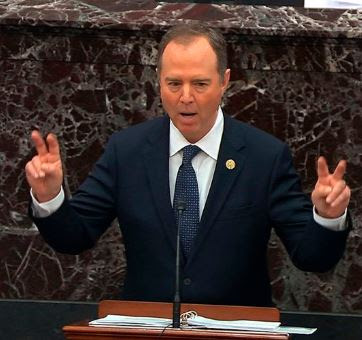 I've decided to separate out the political-themed portion of my planned entry, specifically, just to say that it is my own view that the Democratic House Impeachment Managers have been doing an excellent job in the Senate trial of Donald J. Trump for his Biden / Ukraine extortion racket with a constellation of degenerate underworld characters for personal gain to include, of course, cheating in the next election -- and despite the fact that Mitch McConnell and the GOP have openly and proudly made every effort to rig the proceedings. 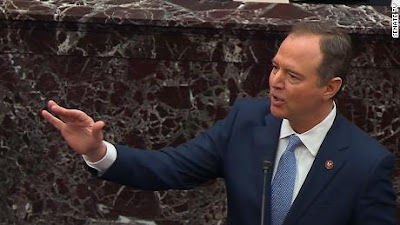 Reps. Adam Schiff, Zoe Lofgren, Val Demings, and the others are all doing an excellent job laying out a compelling case -- with Lofgren and Demings also making history, as it were, in their roles.
Rep. Schiff combines the persona of the sharp-witted, learned lawyer he is with the eloquence of a church minister giving a heartfelt sermon -- while Trump's defense team is basically like an unhinged caller dialing in to talk radio (but that works in the GOP). Jonathan Chait had this piece about just how ridiculous is Jay Sekulow. 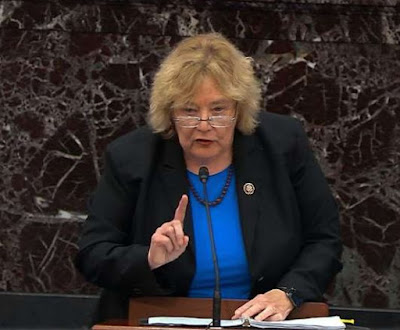 Even members of the GOP can see this (see here and here). Of course, Lindsey can't help it -- he always sucks up to wherever he sniffs power.
It's actually intriguing to see the Senators basically a captive audience and not able to pontificate and preen. Yes, by not having any witnesses of any sort, Mitch McConnell actually created this outcome. 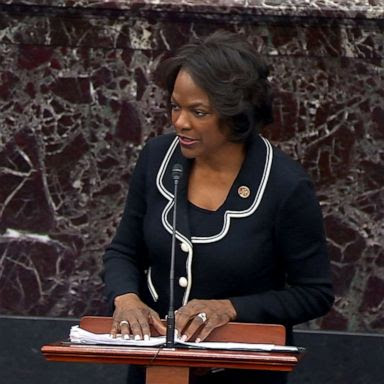 And, no, none of this will get Trump convicted and removed since the GOP media/entertainment complex wags this dog -- but it's still a gratifying experience … and certainly cannot help improve or ensure his reelection prospects. 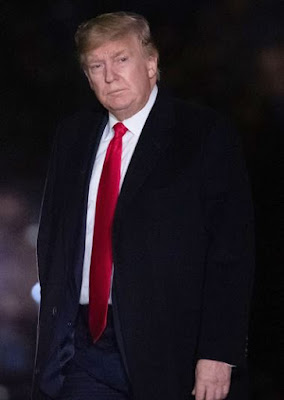 As for Trump, he's now tweeting in the 120 times a day range -- much of it dissociated from reality, alternating between the poles of rage and self pity, antisocial personality disordered, and proof of his deteriorating mental state. But Mitch McConnell and the rest of the fucking Neo-confederate septuagenarian and octogenarian GOP Senators need those Federalist Society bot judges, judges, judges through eternity …


… and to funnel a few more tens of trillions of dollars to the oligarchical overclass, so it's all worthwhile …
And Trump's endless supply of marks are just too dumb, too fearful, too angry, and too vested in this deranged clown-show to ever realize what's going on.
OK, I got this entry out of the way. I'm going to post my main one on the topic of my move to a new apartment probably tomorrow afternoon.
--Regulus
Posted by Regulus at 11:55 PM