2020 Foresight: Will This Be the Year of GOP Collapse and Supernova (Probably Not ...) -OR- Looking Ahead to the New Year 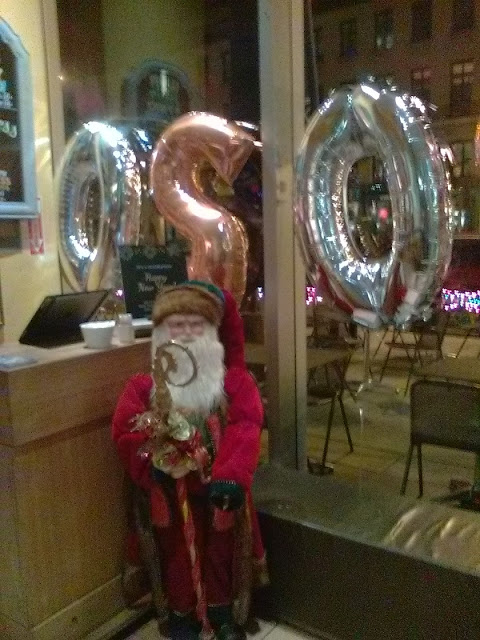 
This entry is just to note that I made it across the threshold of a New Year of 2020 and decade of "the 20s" (roaring or otherwise) …
There were a few things I wanted to relate. 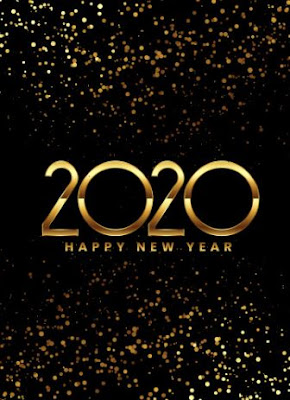 As a brief update, after going to dinner at Thai Pavilion in Rockville Town Square with David and his family (his wife, 11-year old son, and 8-year old daughter) last night. Thereafter, the others went to a house party and David and I got a drink at another restaurant before he headed to that house party and I headed back into D.C. on the Metro from the Rockville station.


I got off the train at Woodley Park and walked back to my place -- only to go back out again just in time to ring in the New Year at DIK Bar with Chris H (no, not that one … the other one). We had a fun time, although it was sort of hazy by the end (surprise). No, nothing bad happened (yes, genuine surprise).
I walked back home and went to sleep and ended up basically sleeping the day away. I went with Fred to dinner at Sette Osteria (the one at R St and Connecticut Ave) and then got home by about 8 p.m. 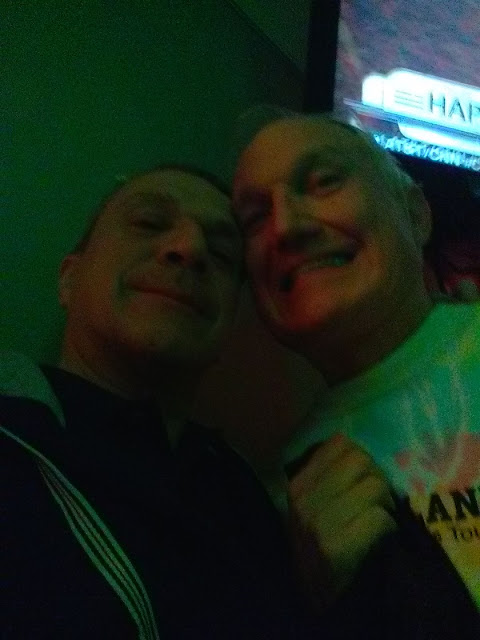 
Looking ahead to 2020, well, we have a frickin' presidential election in 10-1/2 months, and Christ only knows what a Trumpian shit show all around catastrophe that threatens to be …

… the Electoral College "win" helped along with Russian disinformation social media warfare, the authoritarian racist cult that is today's GOP headed by the multi-headed hydra of a virulently toxic rightwing entertainment / media complex …


But there will be plenty of time to obsess on all of this in the coming months, but not tonight. 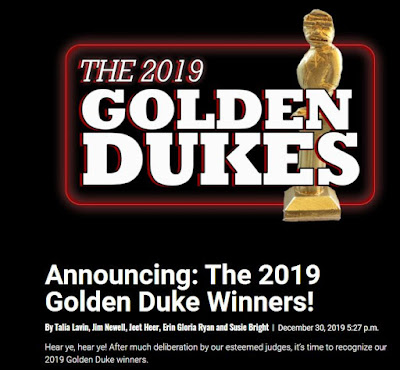 However, I would like to note this hilarious Talking Points Memo (TPM) piece (link embedded): The 2019 Golden Dukes.
Named for ex-Rep. Randy Cunningham (R - Calif.), it is a satirical look at "the year's most ridiculous figures and fiascos in the political world -- a deeply competitive field that only seems to grow more bloated every passing year."

There are seven categories judged by six political writers (including Jim Newell of Slate) as well as a general vote by 2,477 TPM premium members who cast ballots.

For wildest press conference, Trump won by his fixation on shit -- as in, number of times it takes to flush the toilet, which he alluded to at his most recent Hillbilly Nuremberg rally held in Battle Creek, Mich., on the very day the House impeached him.

In an almost embarrassing case of projection, Trump is basically admitting how nasty is his own defecation (based upon a diet of McDonalds cheeseburgers, steaks, and soda pop). This also gets into Trump's germaphobia.

Closet-case whack job Lindsey Graham wins for the most gallant -- that is, most pathetic -- Trump defender.


Finally, the most off-the-wall conspiracy theory award does not go to Rep. Devin Nunes (neither his cow nor his mom) but rather to these two fucking internet trolling clowns -- Jacob Wohl and Jack Burkman, pictured below -- and their Elizabeth Warren-as-sex-maniac "cougar" horseshit. 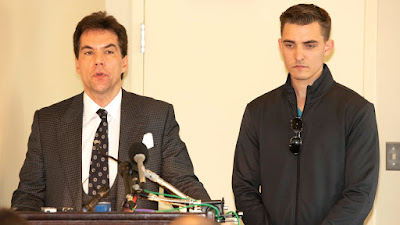 You know, sometimes I regret not having been a Republican with a bit of foresight back in, say, 1999 … Living here in D.C., the entire arc of my professional life would have been far more lucrative as an active member of the "Wingnut Welfare" complex, collecting all that corporate and foundation-funded money while simultaneously fleecing ignorant Fox News-addled Rubes with rightwing snake oil and potions.
*******


I also wanted to call attention to this Jonathan Chait piece: (link embedded): Why Conservatives Who Know Climate Science Is Real Won’t Speak Up. 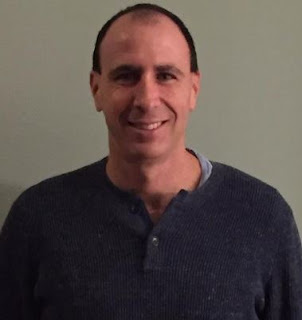 Chait deconstructs yet another rightwing propaganda piece, specifically, Kevin D. Williamson's recent National Review column on actress Emma Thompson and why she is a hypocrite for flying on a CO2-emitting passenger jet to a climate conference.


Like all rightwing GOP horseshit, the Williamson's focus is exclusively on random individuals -- in this case, that all-purpose rightwing Baby Boomer bugaboos-sort, the Hollywood liberal, in this case, Ms. Thompson -- and their alleged hypocrisy (itself a logical absurdity stupid notion). 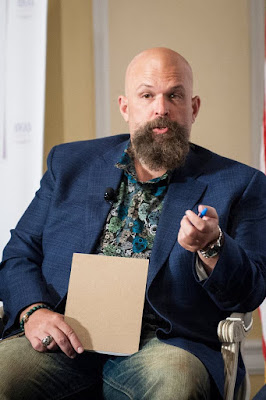 This personality-driven fixation is always used by the rightwing asshole machine to dodge and absolve itself of any responsibilities for policy failures to include, in this case, the climate and larger ecological crisis itself of our civilization and species.


In the teleology of the asshole American political right , by not being a hypocrite (and all liberals, ipso facto, are hypocrites because they actually live within the context of our imperfect civilization), righwing ass-wipes are given ethical carte blanche to do as they please, wholly absolved of any moral responsibilities. 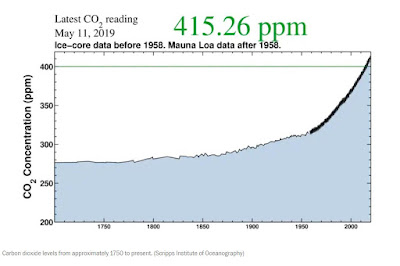 
In this case that Chait explains, because a "Hollywood liberal" who "believes" in anthropogenic climate change is an existential threat to our civilization and planet also took a passenger jet that burns fossil fuel and therefore emits greenhouse gases as exhaust, an infinite pass is given to climate change-denying cranks and fossil fuel industry filthy whores to do nothing in perpetuity.
This is what forever passes as a "policy response" on the American "mainstream" right. 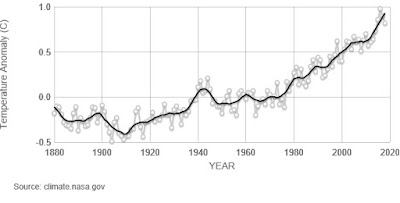 
I'd like to quote the concluding two paragraphs:
In the first sentence, Williamson concedes offhand that the Republican Party, which controls the executive branch, is blithely imposing large costs on humanity because it follows crank pseudoscientific theory. 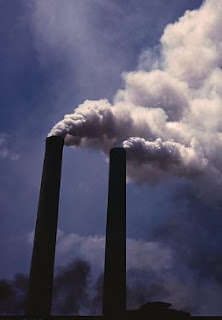 The perversity of the party’s refusal to accept scientific reality plays out across multiple dimensions, from a president insisting wind power causes cancer to stocking the regulatory apparatus with fossil-fuel lobbyists to prioritizing the preservation of dirty-energy jobs even in cases where clean-energy sources are cheaper.

But in his next sentence, Williamson pivots to his true concern: Rich people are still using air travel, and some rich people are liberals, and some of the rich liberals are famous. 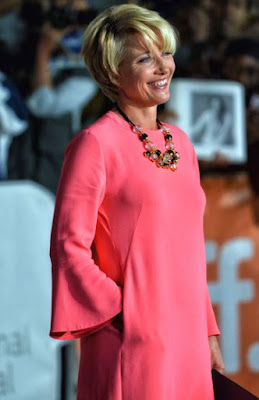 Therefore, somehow none of them can actually believe climate change is a serious problem. Therefore, Williamson gives himself permission to turn the bulk of his attention on the matter away from the procession of massive policy errors driven by the GOP’s lunatic pseudoscience and transparent regulatory capture and focus on the priority: Emma Thompson


Thank God Chait reads all this rightwing shit and deconstructs it -- so I don't have to.
*******


Changing topics, I also need to post an entry on the matter of Betelgeuse, specifically, the dramatic dimming of the star that has been observed in the past several months and the speculation about what this means. 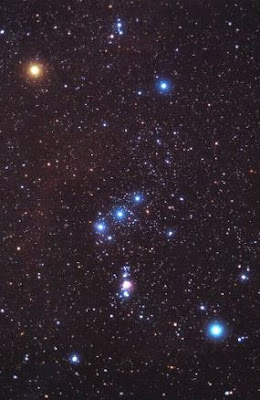 Is this dimming just a particularly pronounced version of its periodic dimming episodes or, dare we consider, the beginning of this super red giant star's death throes and collapse into a spectacular, indeed, epochal supernova...??

There was a lot of buzz even in the mainstream press last week on this topic.


National Geographic via MSN: A giant star is acting strange, and astronomers are buzzing
CNN: A giant red star is acting weird and scientists think it may be about to explode
Universe Today via Science Alert: Betelgeuse Looks Fainter Than Usual. Could It Mean It's About to Go Supernova? 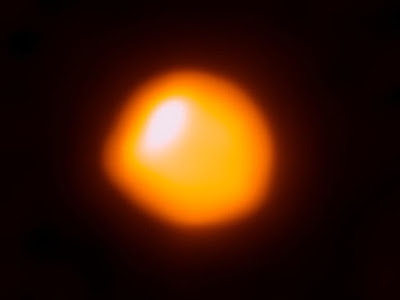 Betelgeuse itself actually imaged by the ALMA telescope array -- note the irregular lobe and hotter convective cell of this massive star.
The Washington Post had an article, too, but it wasn't very good in terms of supernova science. The Post has always been mediocre, at best, when it comes to physical science writing. (And, no, I couldn't find a New York Times article … just the fucking New York Post.)
*******


OK, I'm going to wrap up this entry. 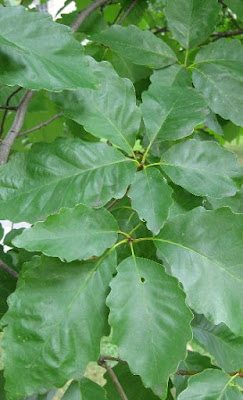 Looking ahead the next several days, I have to complete three reports by Monday, in addition to which my mother is supposed to visit this weekend along with a good friend of hers, and that is going to take up my Saturday. They are staying in SW D.C. at the Waterfront / District Wharf area.

As a result, blogging will be on the light side until next week -- at which point, things should get back to normal …

… to include resuming a semi-regular gym schedule.


OK, that's all for now. Signing off until at least the weekend and possibly early next week. As it is, I've posted nine entries (not including this one) in the past two weeks, so there's no shortage of stuff to read on this site.
--Regulus
Posted by Regulus at 11:48 PM