Two Peaches, One Rotting Sweet Potato, and Vat of Spoiled Cream -OR- The Impeachment of a Vulgar Talking Yam and Indictment of the Husk of a Political Party-Turned-Trump-Crazed Cult 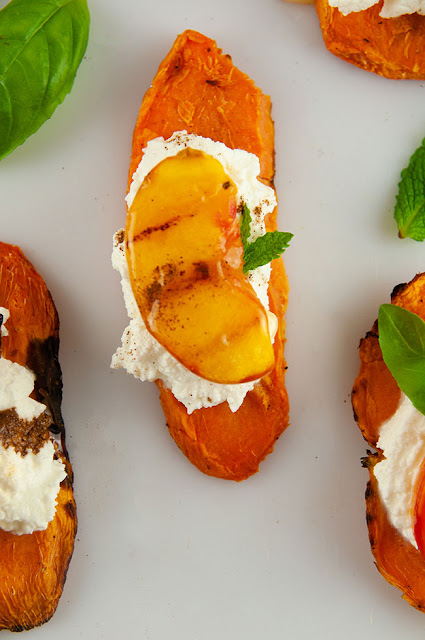 Yesterday -- December 10, 2019 -- House Democrats unveiled two articles of impeachment against the grifting gangster that presently occupies the office of President of the United States of America and that represents a dire threat to its survival as a Constitutional democratic republic. 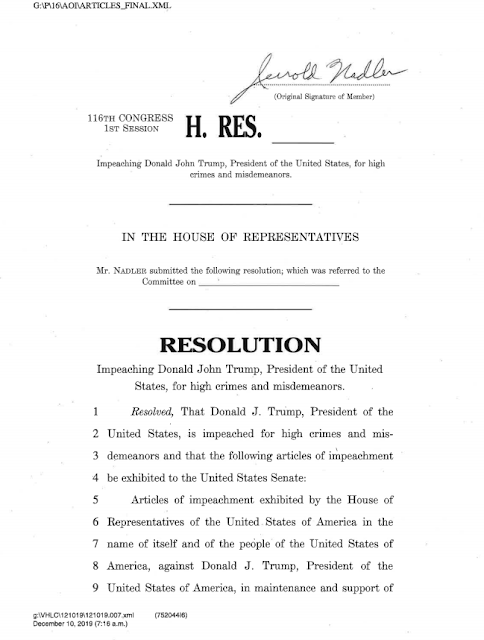 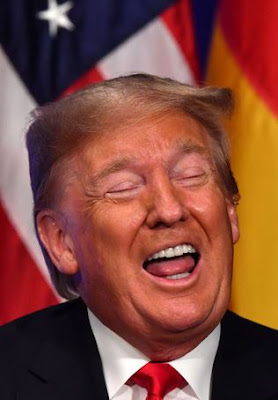 At the outset, let's just stipulate, this whole impeachment saga and endless Trumpian shit-show is defined by two features:

On the one hand, it is uniquely related to Donald Trump's mental illnesses and resulting degeneracies in terms of his ethics and his relationship to the truth and other human beings, as evidenced in his unstable, lawless regime. 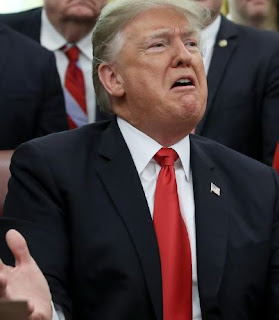 Trump is a viciously bullying but wholly cowardly, antisocial personality disordered, pathologically lying, amoral, rotting, vulgar talking yam of a human being* who exists only in service to himself and, in using everybody, thereby destroys everyone and everything he touches to include the Republican Party. 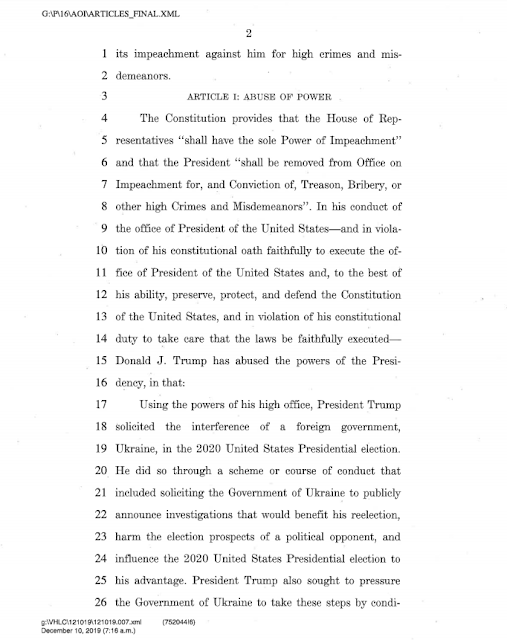 But that Republican Party matter brings us to the proverbial other hand: Everything Trump is linked inseparably, inextricably, intractably to the modern-day ethno-religious cult that is the Republican Party in the late 2010s.

By the mid-2010s, the GOP had become a political party that, having abandoned reality, was primed for just this sort of takeover by an authoritarian goon, in this case, a libertine thrice-bankrupted hotelier and casino operator and reality TV show reject who quite likely suffers from both syphilis and early-stage dementia.

However, Trump is due credit, in a strictly Machiavellian, amoral manner of speaking, in that he identified this condition of the Republican Party and ruthlessly exploited it in the fashion he has. What's more, it is now quite beside the point whether or not he intended to win the presidency or was just going to use the GOP after a failed bid for his empire-building purposes. 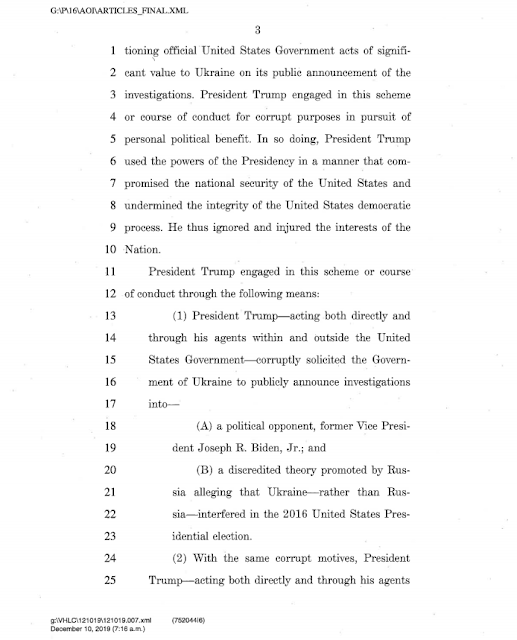 Anyway, there are TWO articles of impeachment to include abuse of power and obstruction of Congress (justice) -- and the entire affair in the House has been as bitterly polarized as anything from the 1850s. 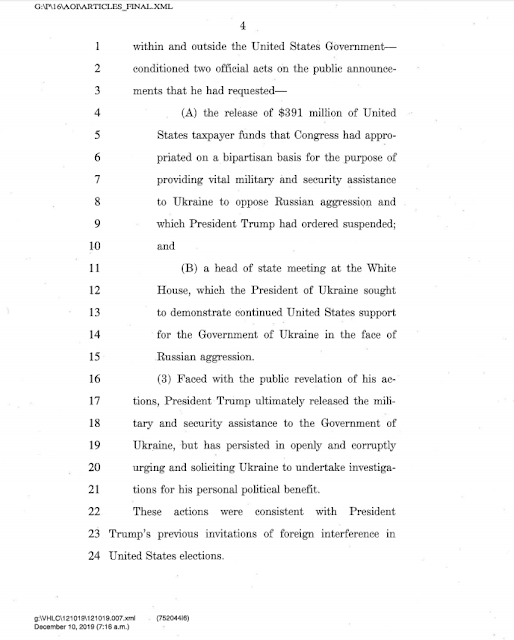 There would have been more except the House Dem leadership decided -- for a variety of strategic reasons that from the perspective of the future may or may not prove fruitful -- not to involve any of the Russian government / Putin issues that Robert Mueller investigated but on which he historically tragically refused to reach a conclusion. 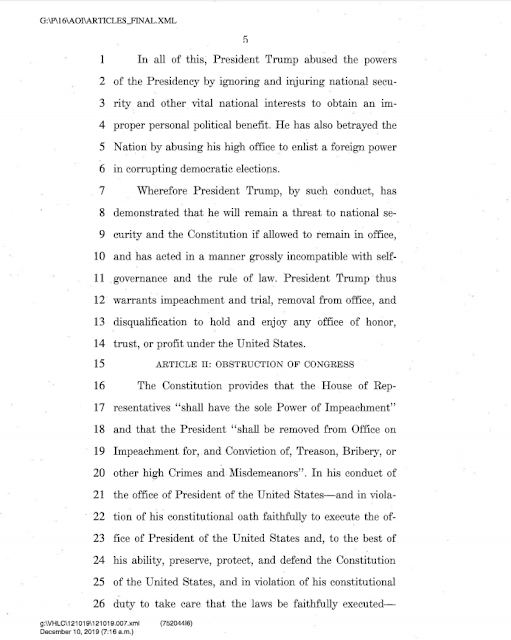 Yes, we get the fact that the Senate won't "convict" him and that Mitch McConnell is an amoral POS concerned only about endless power. And we get the fact the impeachment could potentially and somehow -- in a POLITICO sort of way -- "boomerang" on Dems and help Trump thread-some-impossible-needle Electoral College victory. But that's actually not the point right now. 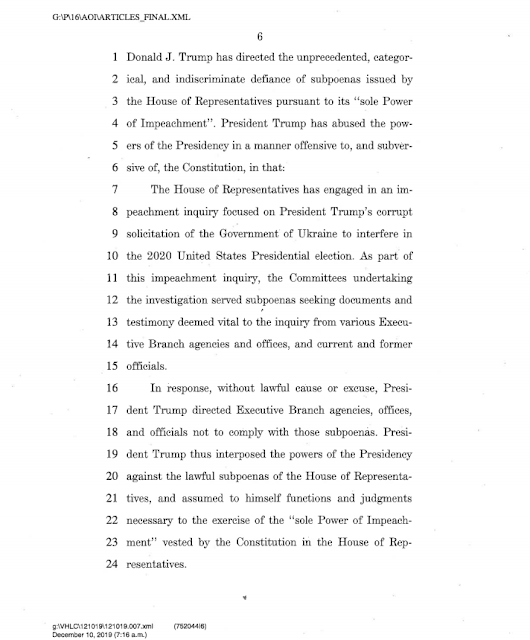 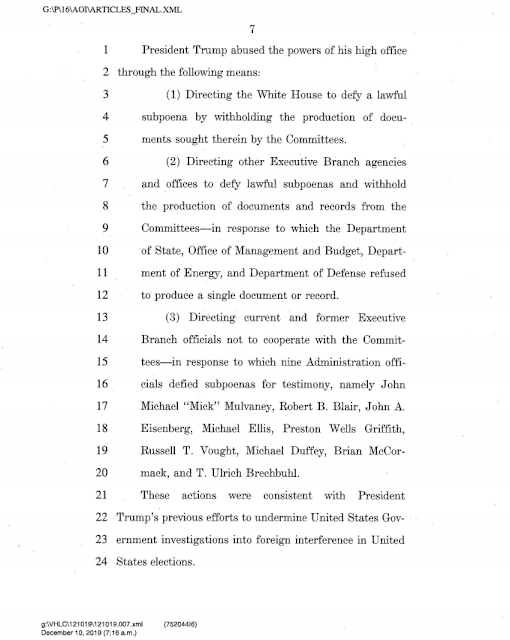 The comment is buried deep down in the comment peanut gallery, so don't even try to find it. I happened to come across it when I posted a comment. So, without further ado:


A great American moment on the world stage will be how billions (yes … billions of people will watch this) around the world will have the opportunity to watch live how America's Constitutional framework allows for a trial of the Chief Executive of the United States by another branch of government for conduct that should remove him from office. 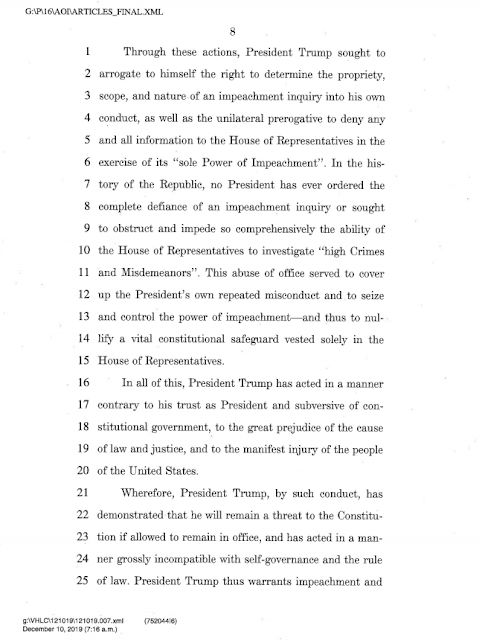 A tragic American moment will be how the world will watch how one of was the two great and enduring American political parties has devolved into a conniving, sniveling, unpatriotic national humiliation all in the service of two men who are universally hated virtually everywhere that is decent and free - a thrice bankrupt reality TV personality and a former KGB colonel who killed and bribed his way to the top of the Russian criminal kleptocracy and its highly effective intelligence apparatus. 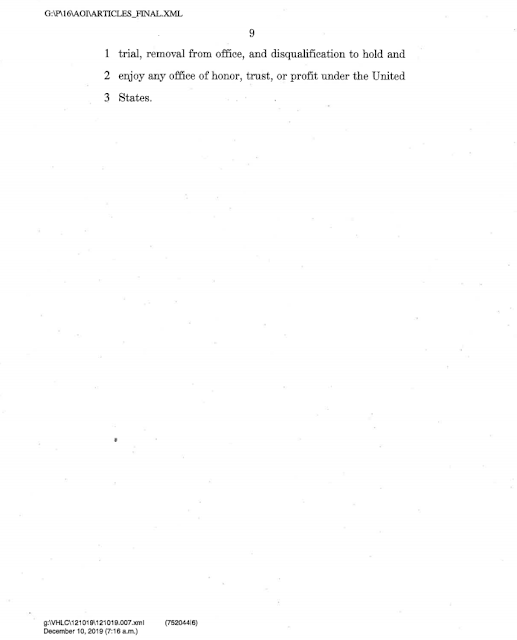 Billions around the world will see what has become of the greatest and most powerful democratic republic the world has ever seen because of those two men, the aforementioned disgraced and discredited Republican Party, a handful of twisted, bad faith media outlets and personalities, a perverse twisted form of apocalyptic Christianity practiced in America, and a tiny number of opportunistic gun lobbyists.
--John Hughes 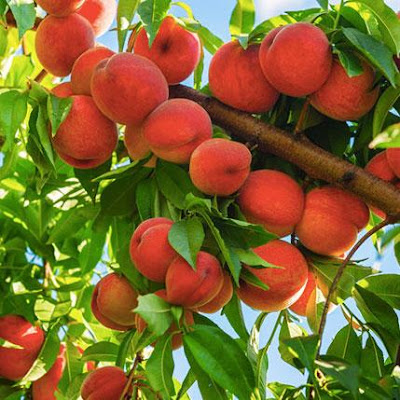