Another Entry Explaining Why I Can't Seem to Post Any Entries - Interspersed with Topically-Unrelated, Totally Beautiful Images from Oman 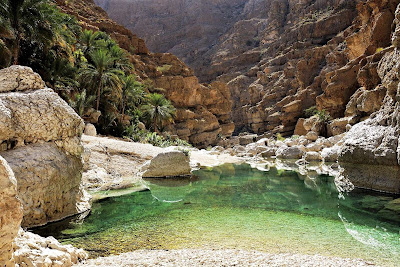 The hidden, oasis-like, simply beautiful setting of
Wadi Shab, Oman
This entry contains several topically-unrelated but lovely pictures from Oman -- the one Muslim country that I really would like to visit. The pics are from this Fodor's Travel photo-montage via my MSN feed (link embedded): This Just Might Be the Most Beautiful Country in the Middle East.
******* 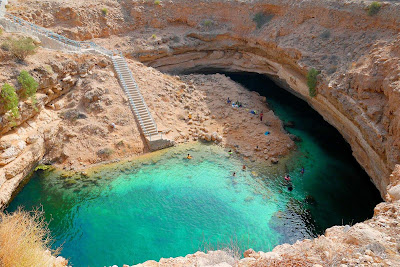 The turquoise-water-filled Bimmah Sinkhole located about a half-mile from the sea near Muscat, Oman
*******


I am so behind on entries that it's just awful. Not only can I not compose a full entry nightly, I am having trouble doing it on much more than an every-third-day schedule. 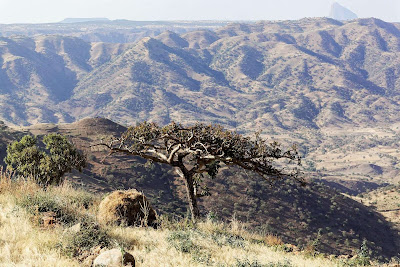 
What's more, because I am invariably writing those late at night (i.e., into the wee hours) after I get home from the gym and before I go to bed to start yet another off-kilter day (one offset by 4 hours from most of the rest of the regular world in the Eastern Time Zone), the entry ends up just an anti-Trump diatribe and/or weather posting and so becomes needlessly recursive. 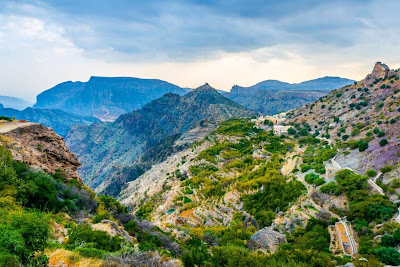 Jebel Akhdar ("Green Mountain"), Oman
As the photo-montage caption states: This is where the roses grow for Oman's perfume and rose water industry, where pomegranates and apricots ripen on the trees, and the air smells sweet.
*******


On that Trump topic, I am just so totally fed up sick and tired of always writing about that monstrous SOB and the degenerate GOP that enables him. I can't do anything about it, and I realize we are in this for the long haul -- to include, yes, very likely, a second, even worse term and many, many more years of basically unfettered and amoral Republican rule. 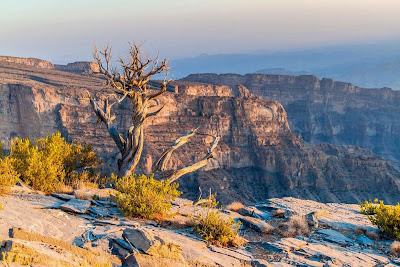 
And, remember, this is what Trump in his addled brain wants: To occupy every waking and sleeping thought of your mind in a sort of reality show-based fascistic dystopian nightmare. It's also what our for-profit media/entertainment complex demands. 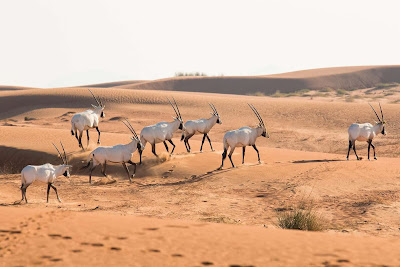 
All that aside, tonight is a gym night, and my plan -- once again -- is to TRY to write an entry.
As for last night, I had wanted to write an entry last night but I ended up going with Andrea after work to an Axios-sponsored event on smart cities and then we went to the bar at a fancy restaurant called Mirabelle. Once again, I way overspent. 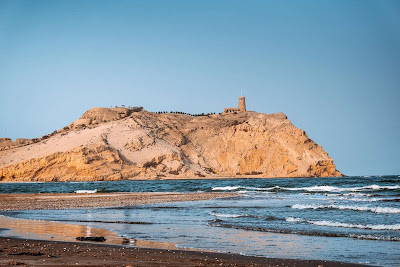 
It was a rainy night -- followed by a changeover to snow that actually dropped some accumulation. Officially, KDCA had 0.3 inches; KIAD had 0.2 inches; and KBWI had "trace." This is the first snow of the season. Today was a bright, blustery, chilly day with temps topping out in the 40F to 42F range. 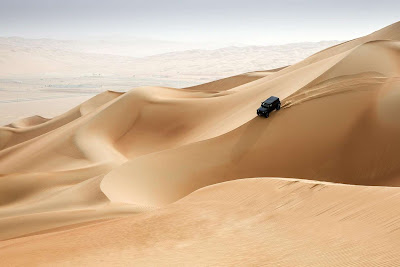 The massive sand dunes of the Rub al Khali ("Empty Quarter"), Oman
OK, this looks kind of nuts. That jeep could easily topple over. Or maybe you expect one of those Frank Herbert Dune sandworm creatures ("Shaihuludata gigantica") to explode up out of the "ocean" of sand.
*******